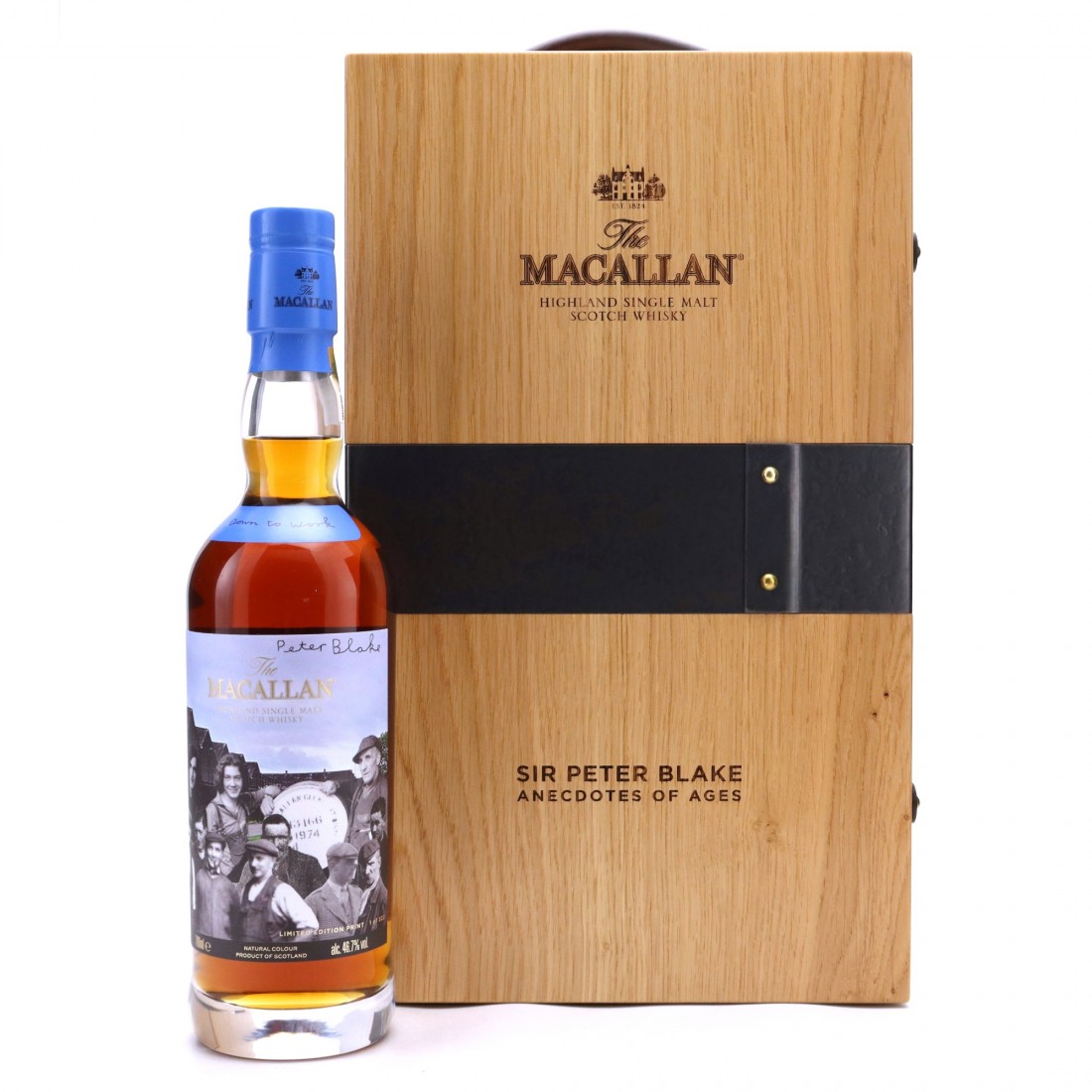 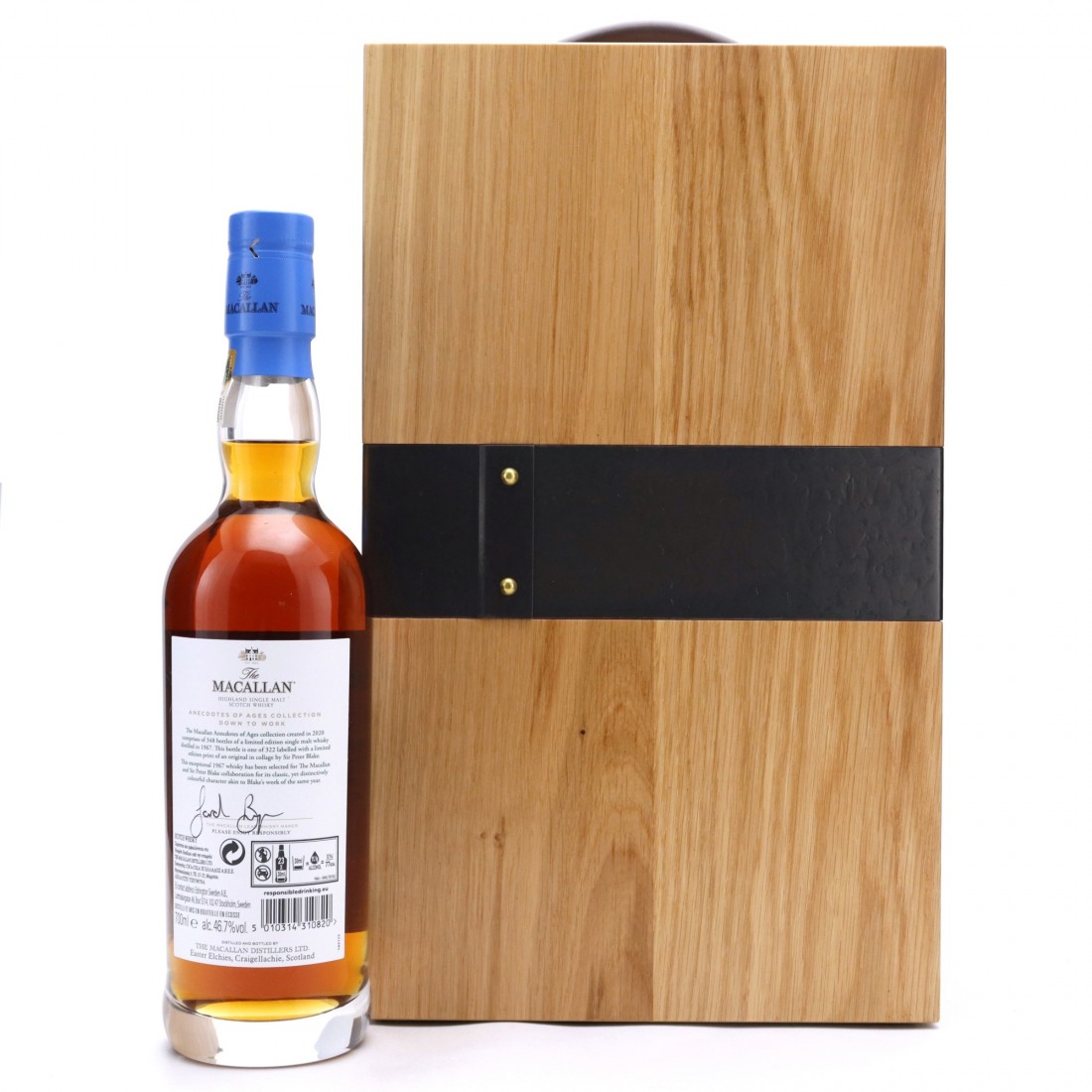 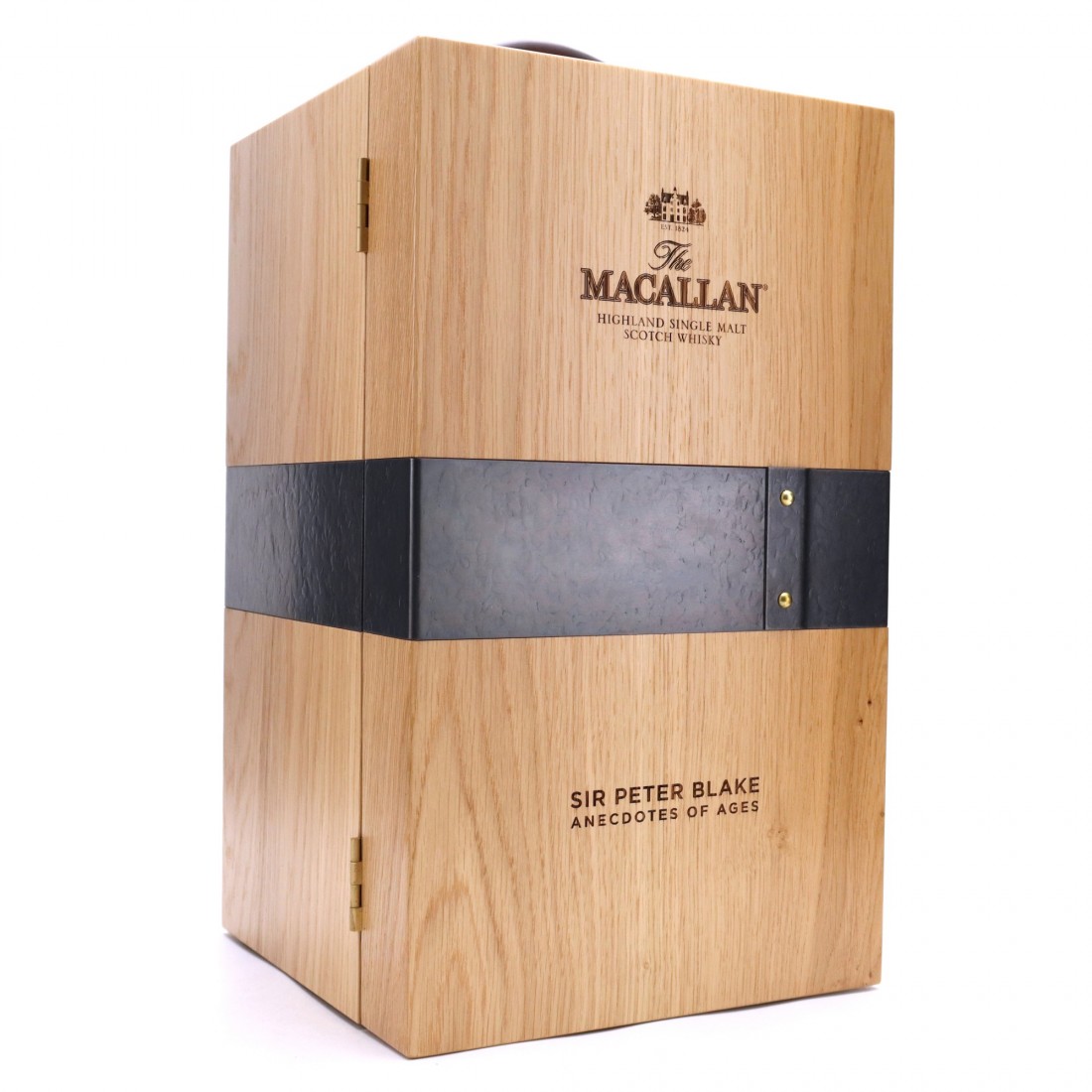 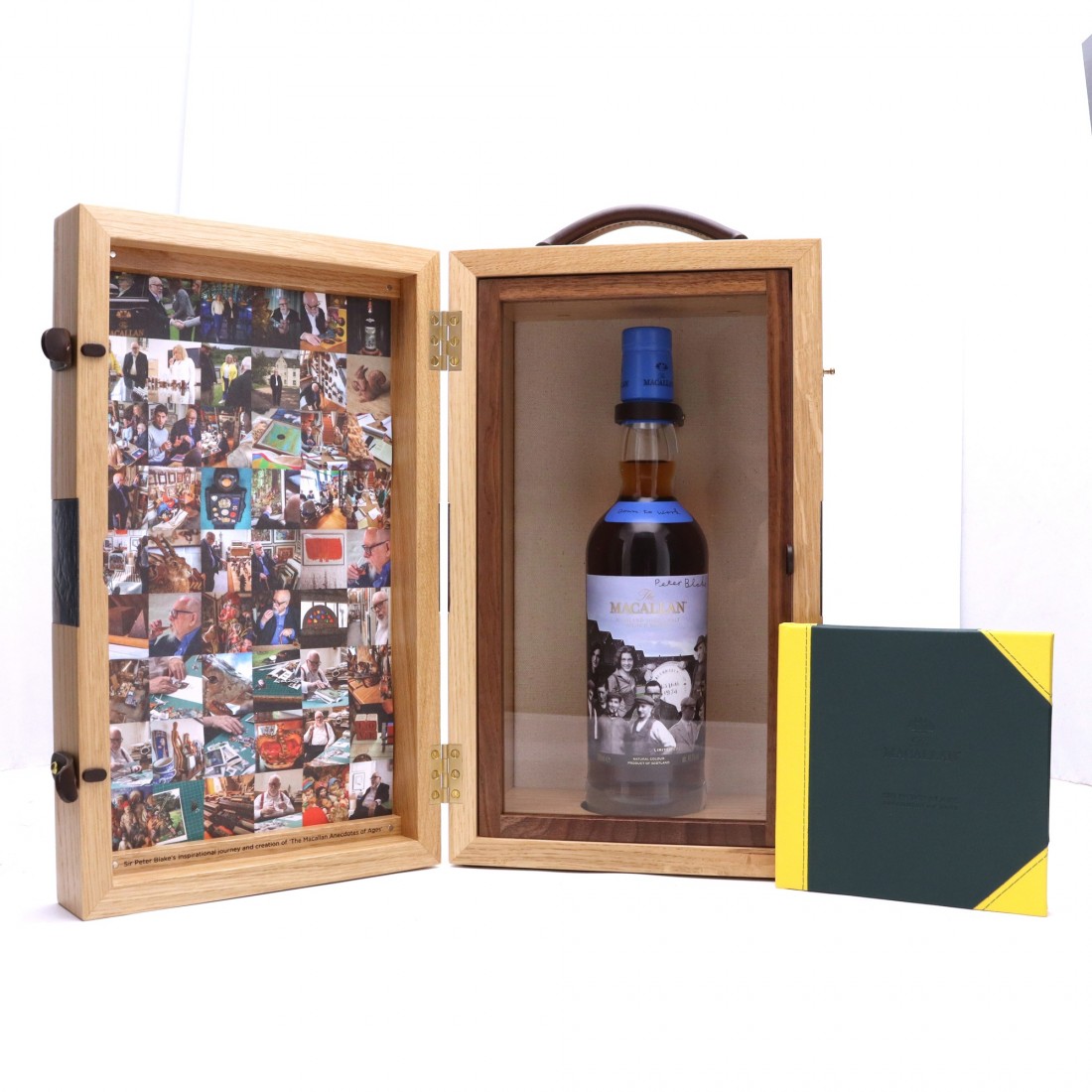 Presented in early 2021, Down to Work is the result of the Speyside giant once again collaborating with acclaimed British artist, Sir Peter Blake. Famously the designer of The Beatles iconic Sgt. Pepper's Lonely Hearts Club Band record sleeve, he is perhaps best known in the whisky world for labelling 12 bottles of the legendary Macallan 1926: currently the most expensive single malt in history. This is the third time he and The Macallan have worked together.

Down to Work is an extension of the Anecdotes of Ages collection, which saw Blake produce thirteen bespoke labels to be affixed to a single cask of 1967 vintage Macallan, each depicting important themes from the distillery's history. This one represents the decision to persevere with using sherry-seasoned oak casks in the face of industry and market pressure to compromise. The original hand-created Blake label has been placed in the Macallan archive, and 322 bottles were produced with a digital reproduction of it, this is one of them.