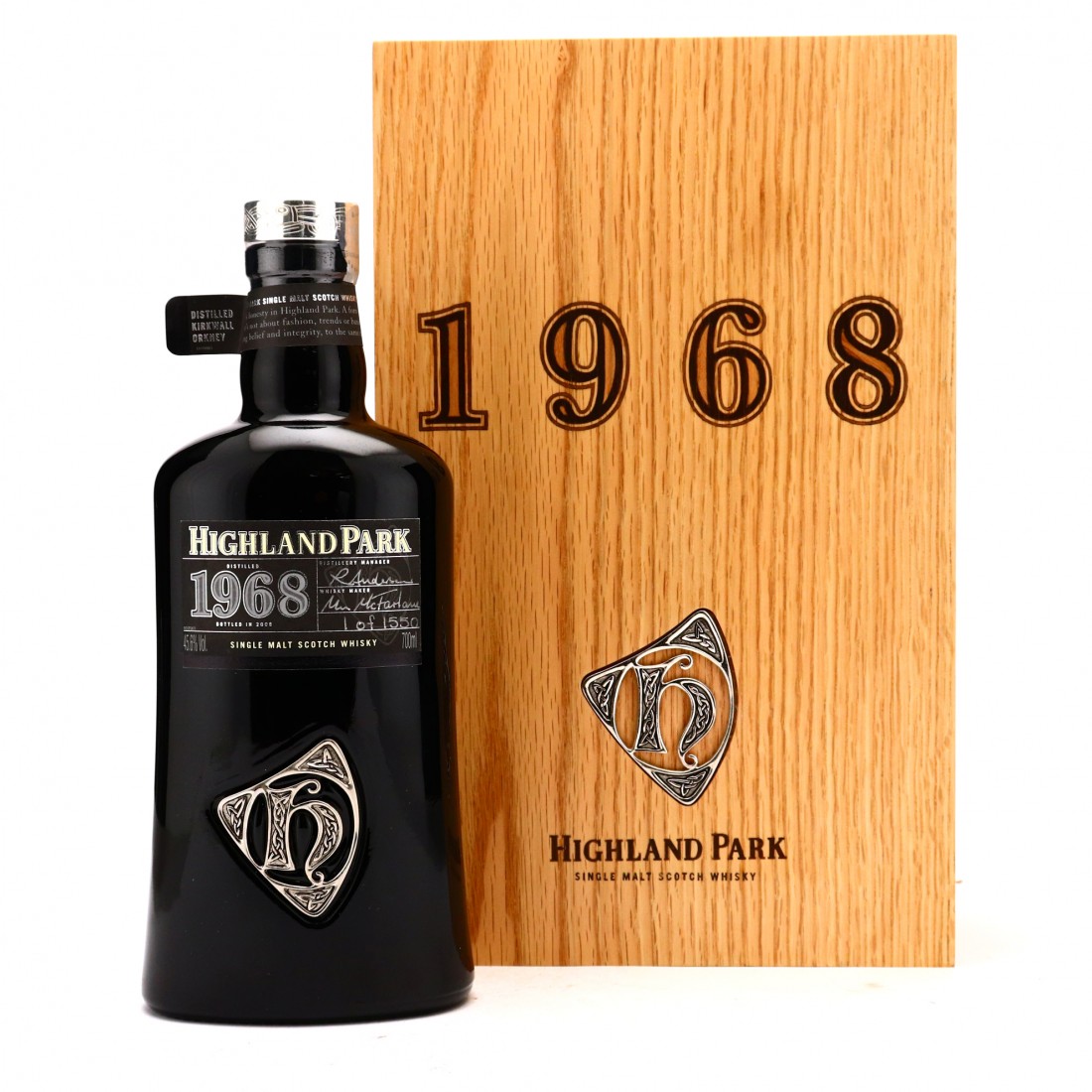 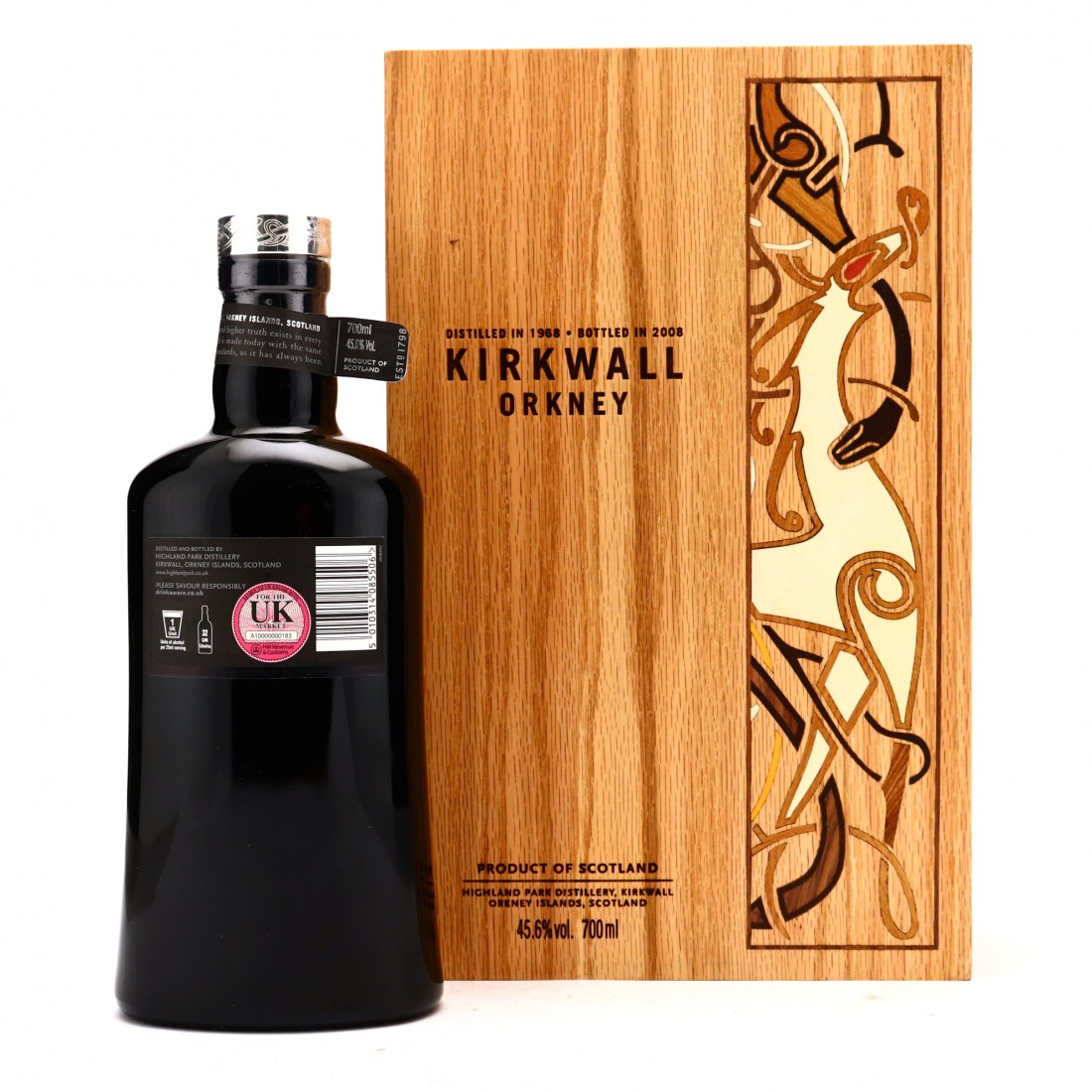 This was a vatting of eight hogsheads, which yielded only 1,550 bottles. The presentation as always with Highland Park is spectacular, a hard wood case with a silver Highland Park amulet logo inlay and a stunning black glass bottle.