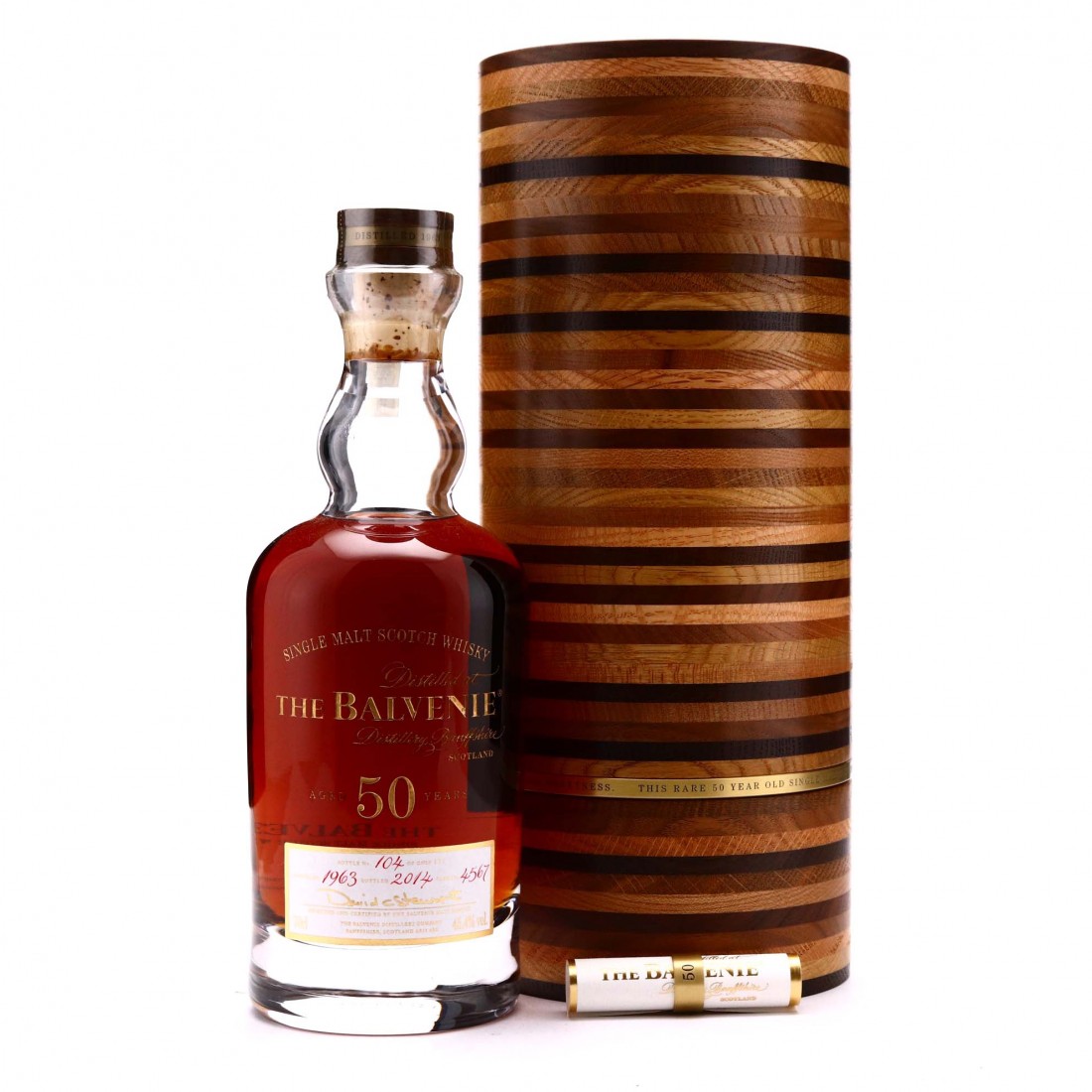 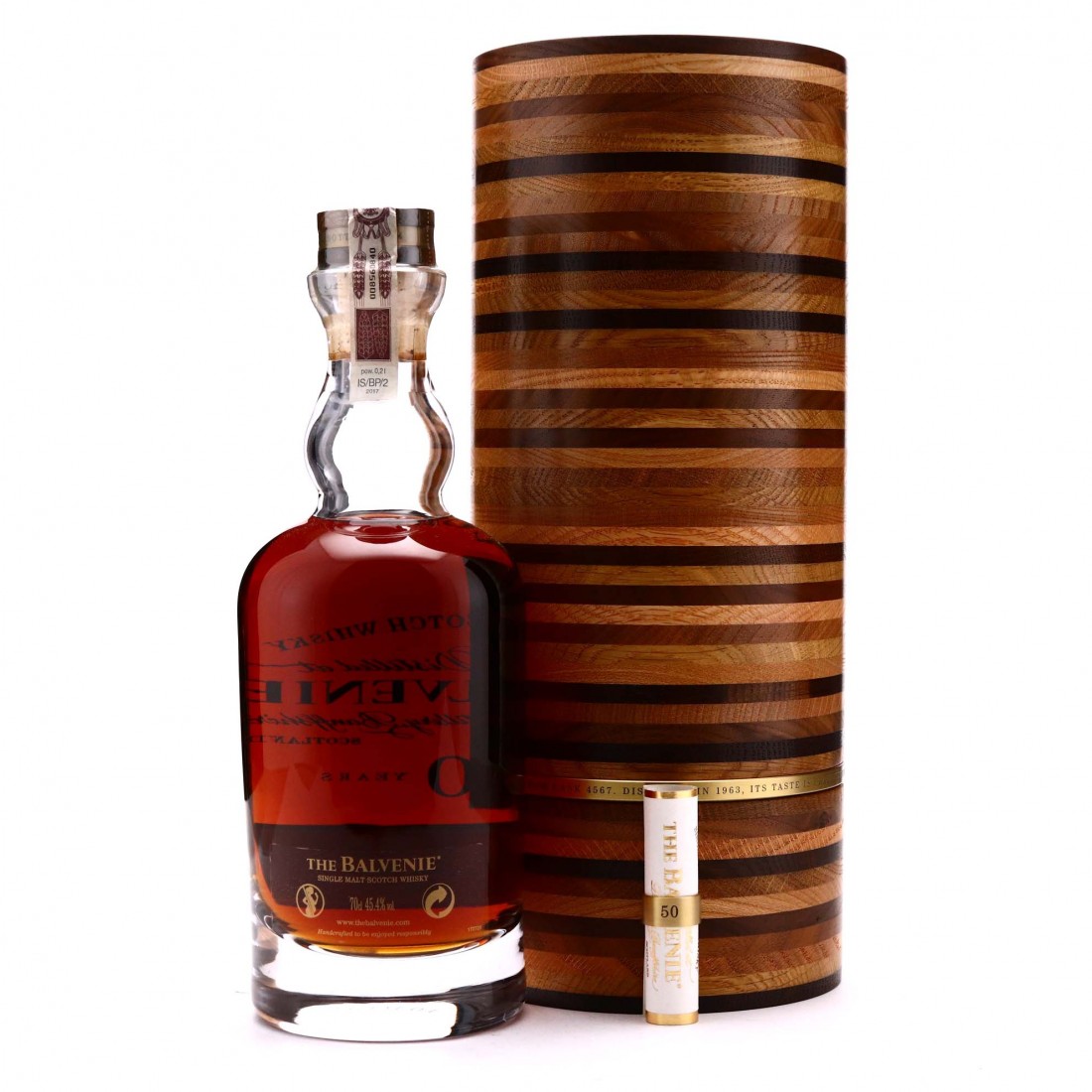 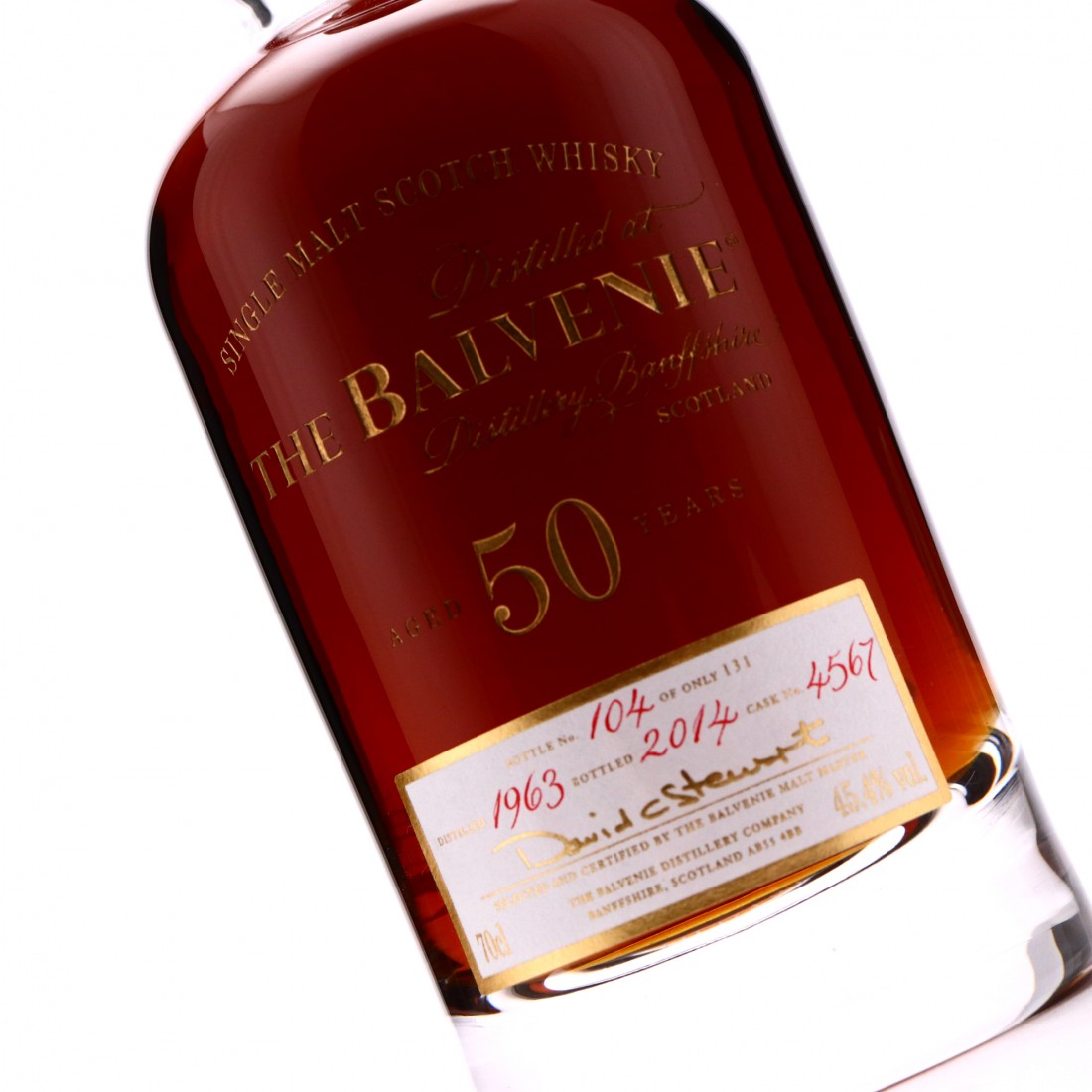 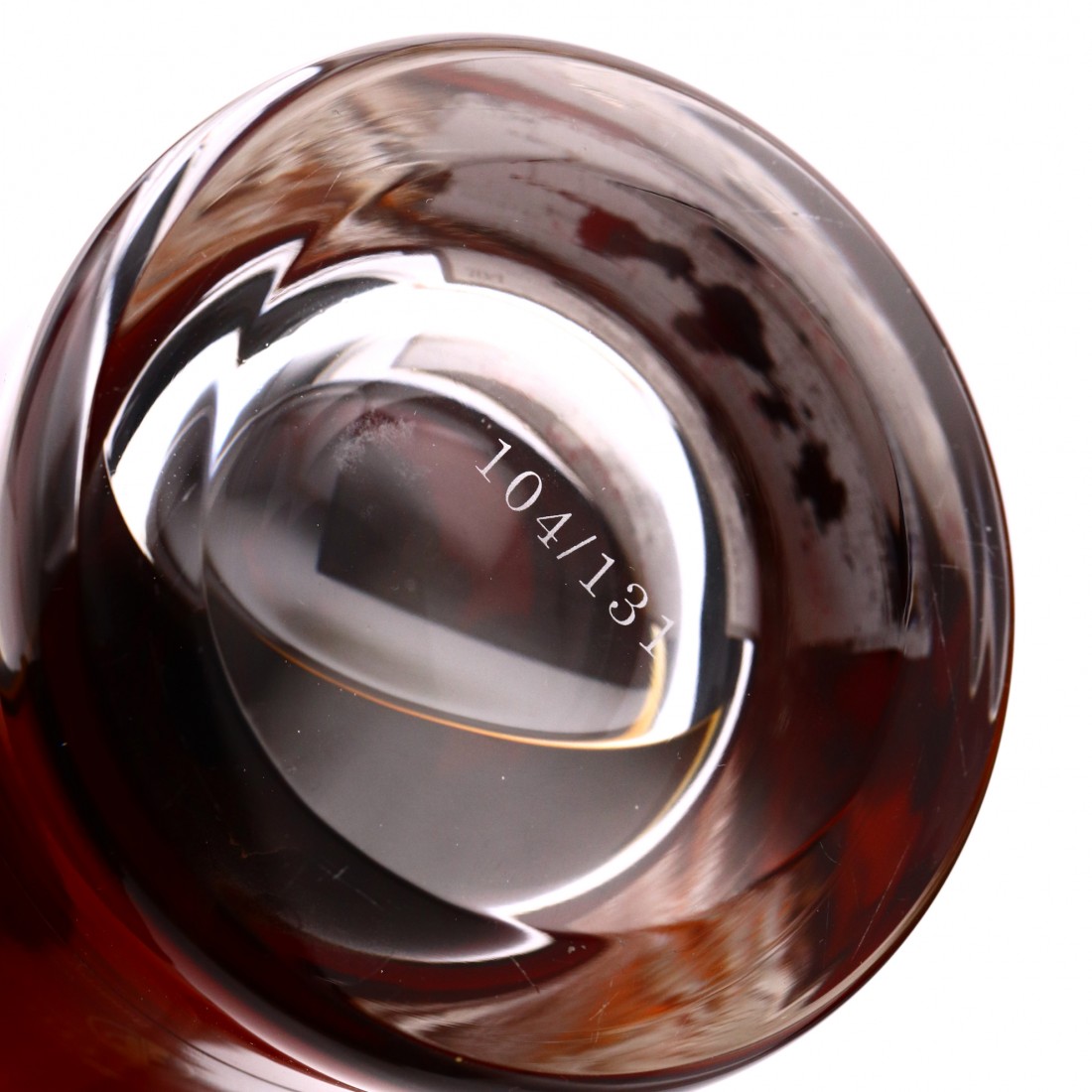 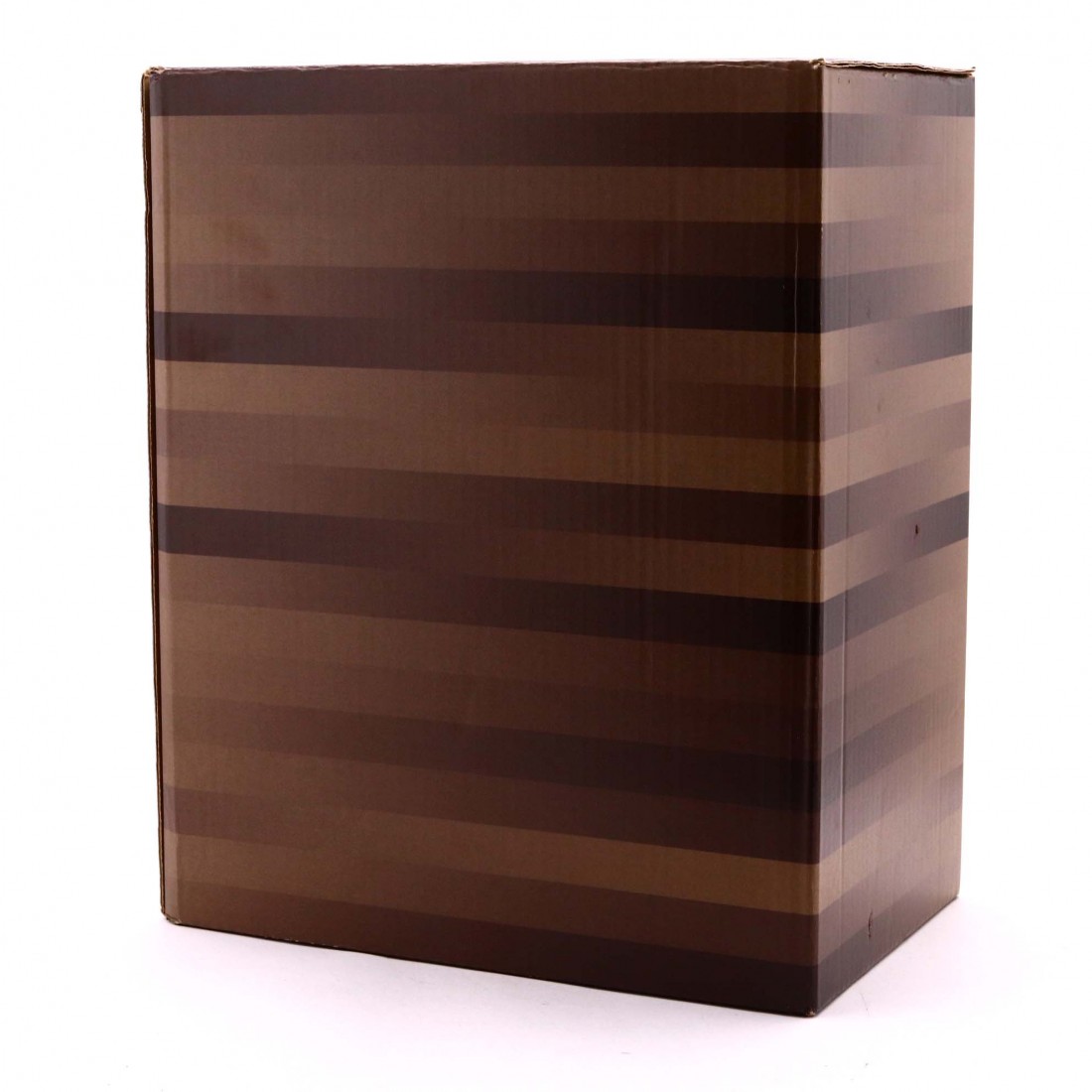 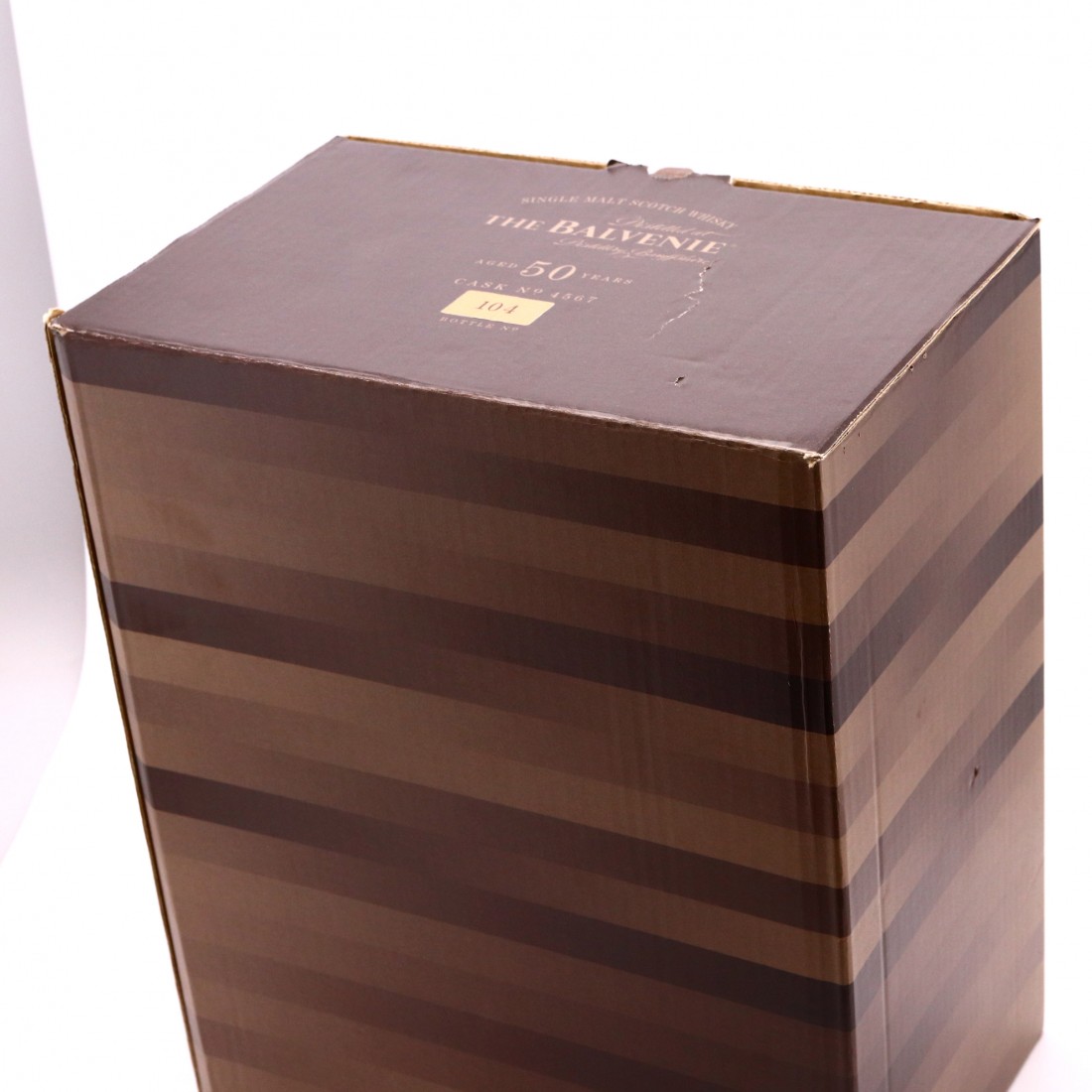 The following lot is for a truly stunning single cask from Balvenie.

This incredible malt was distilled in 1963 and laid to rest in single cask #4567 before being bottled in 2014.

The bottle is presented in a beautiful wooden hand carved cylindrical case created by Scottish designer and craftsman Sam Chinnery.