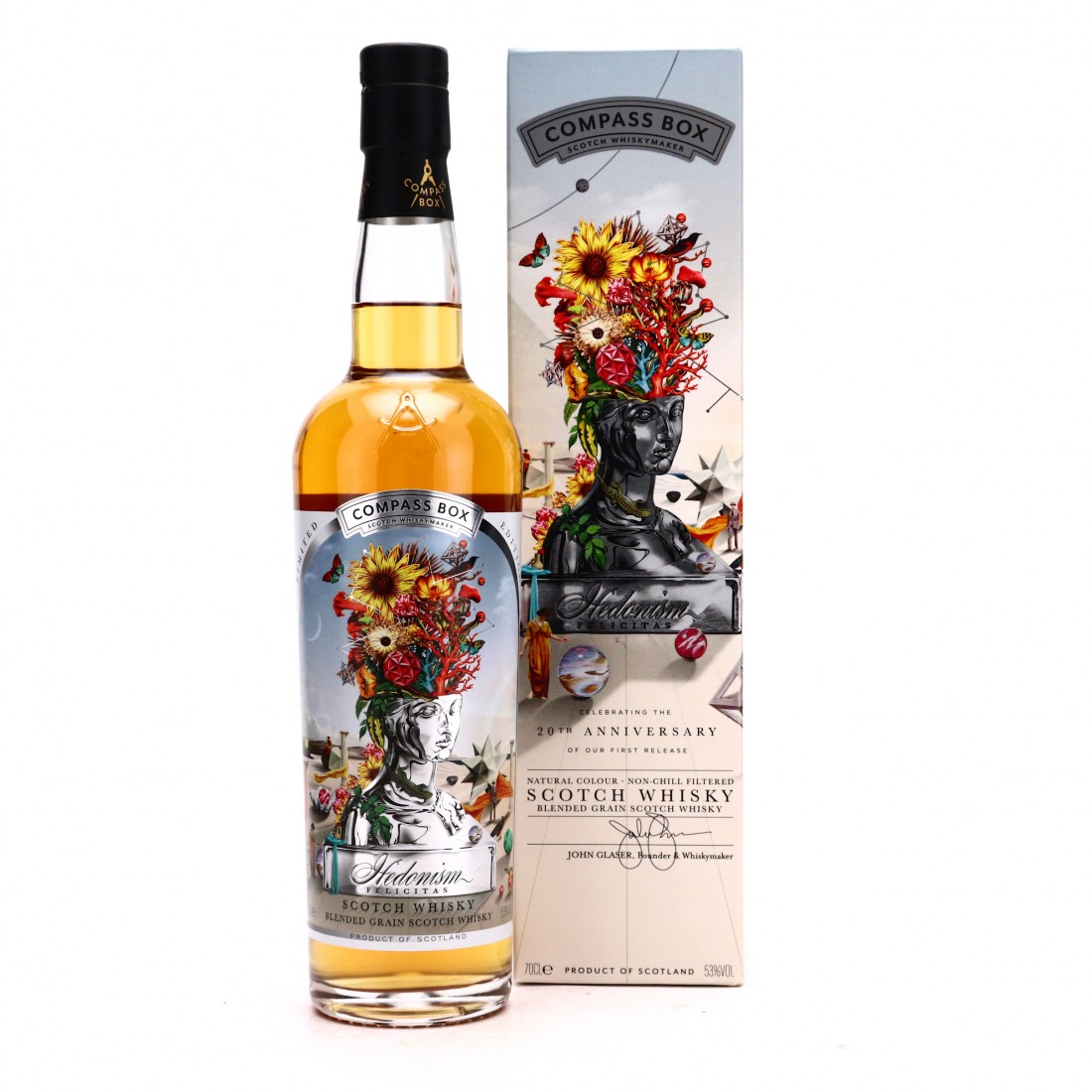 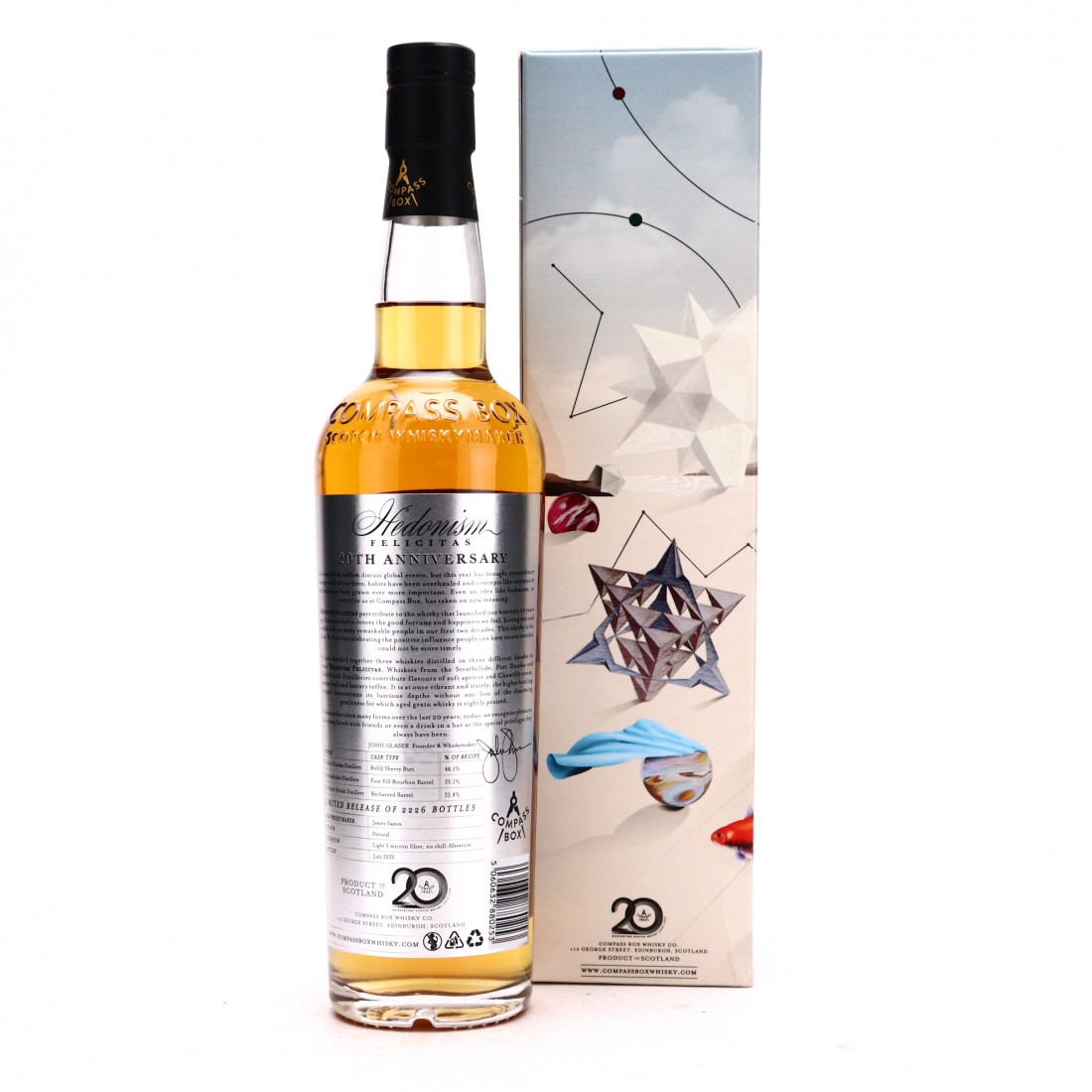 Hedonism was the company's first ever blend, debuted in 2000. It was unusual at the time (and even now) for its make-up of only single grain whiskies, inspired by John Glaser's love of the lesser-seen cousin of single malt Scotch. Hedonism Felicitas was released in 2020 to celebrate the twentieth anniversary of both Compass Box and its inaugural product. One of 2,226 bottles.