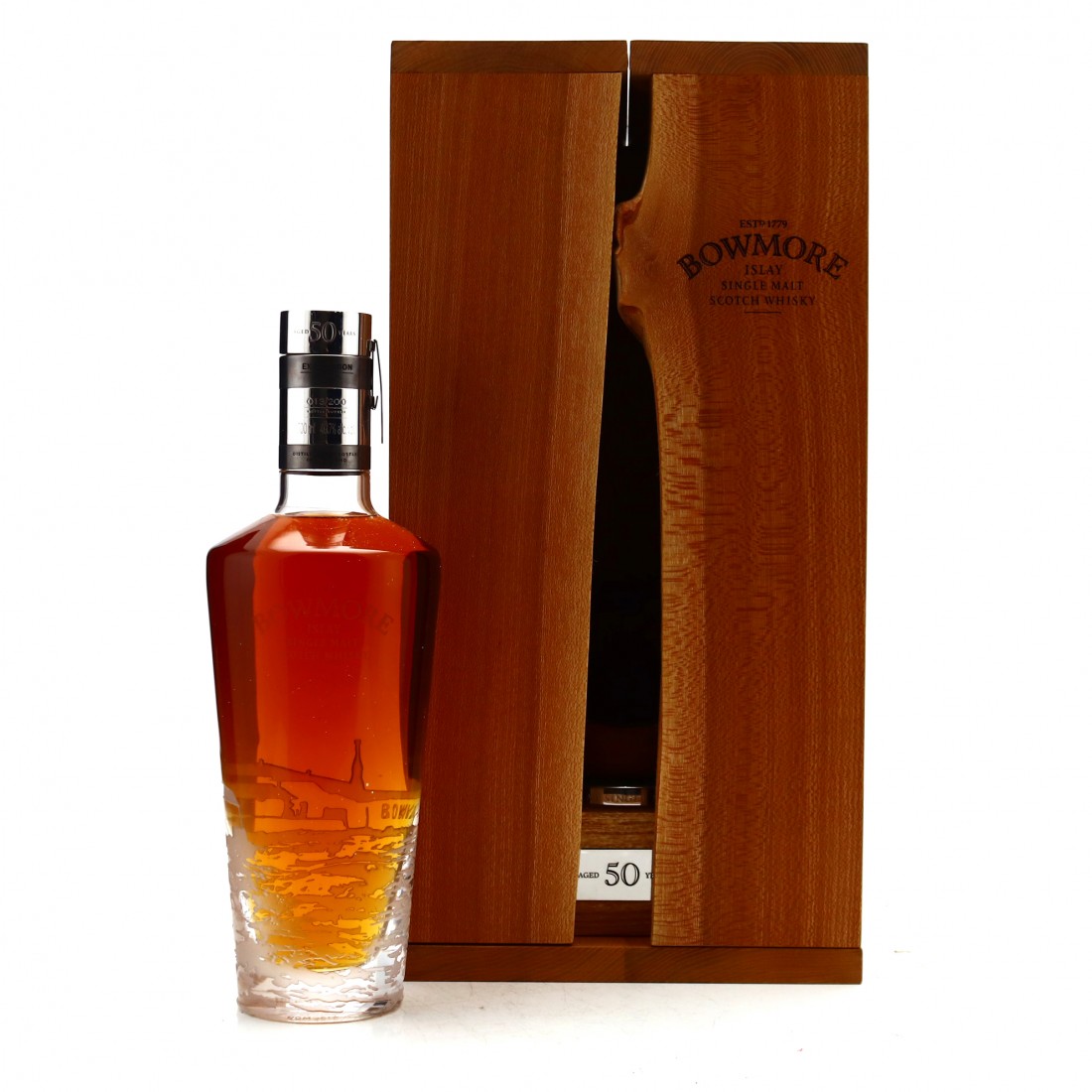 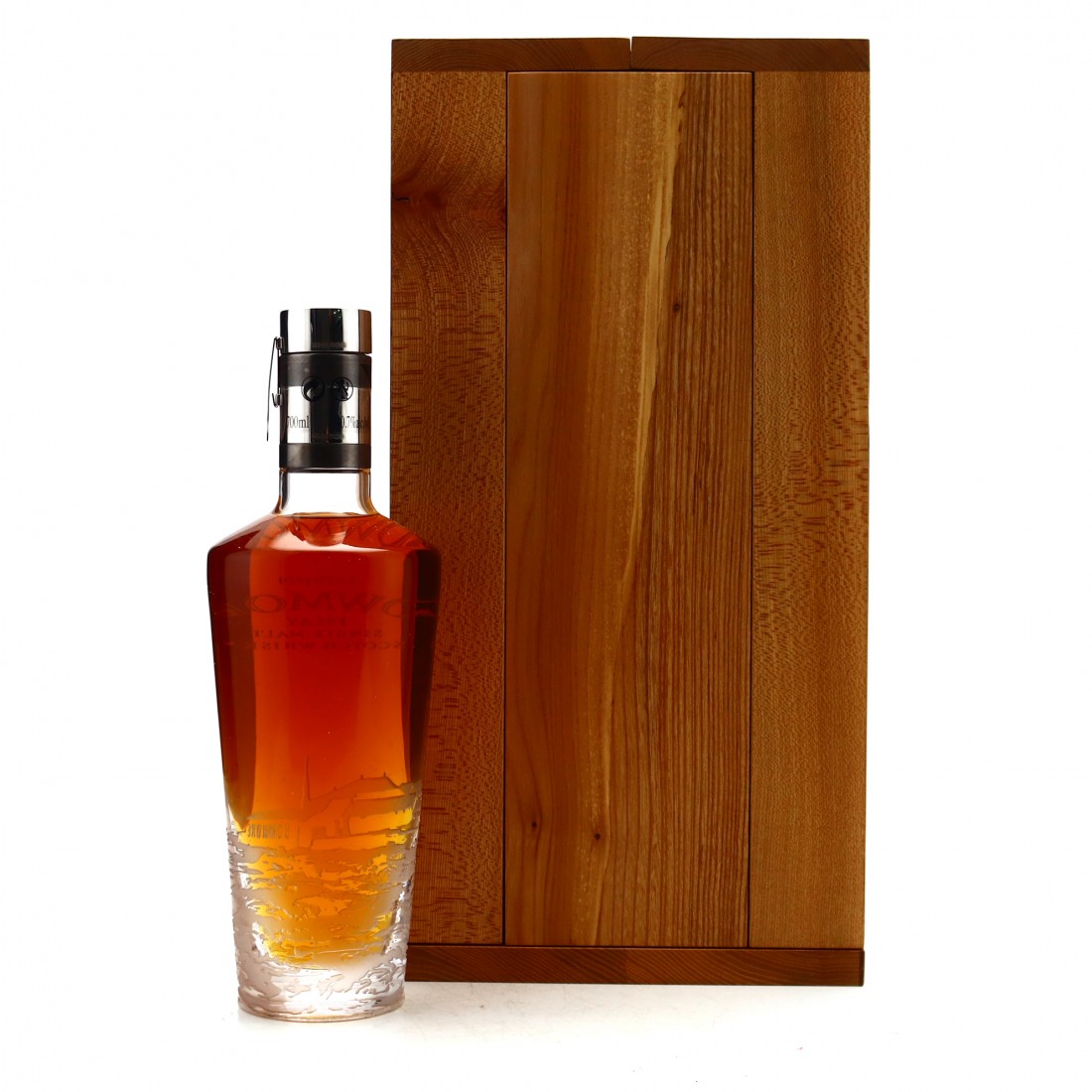 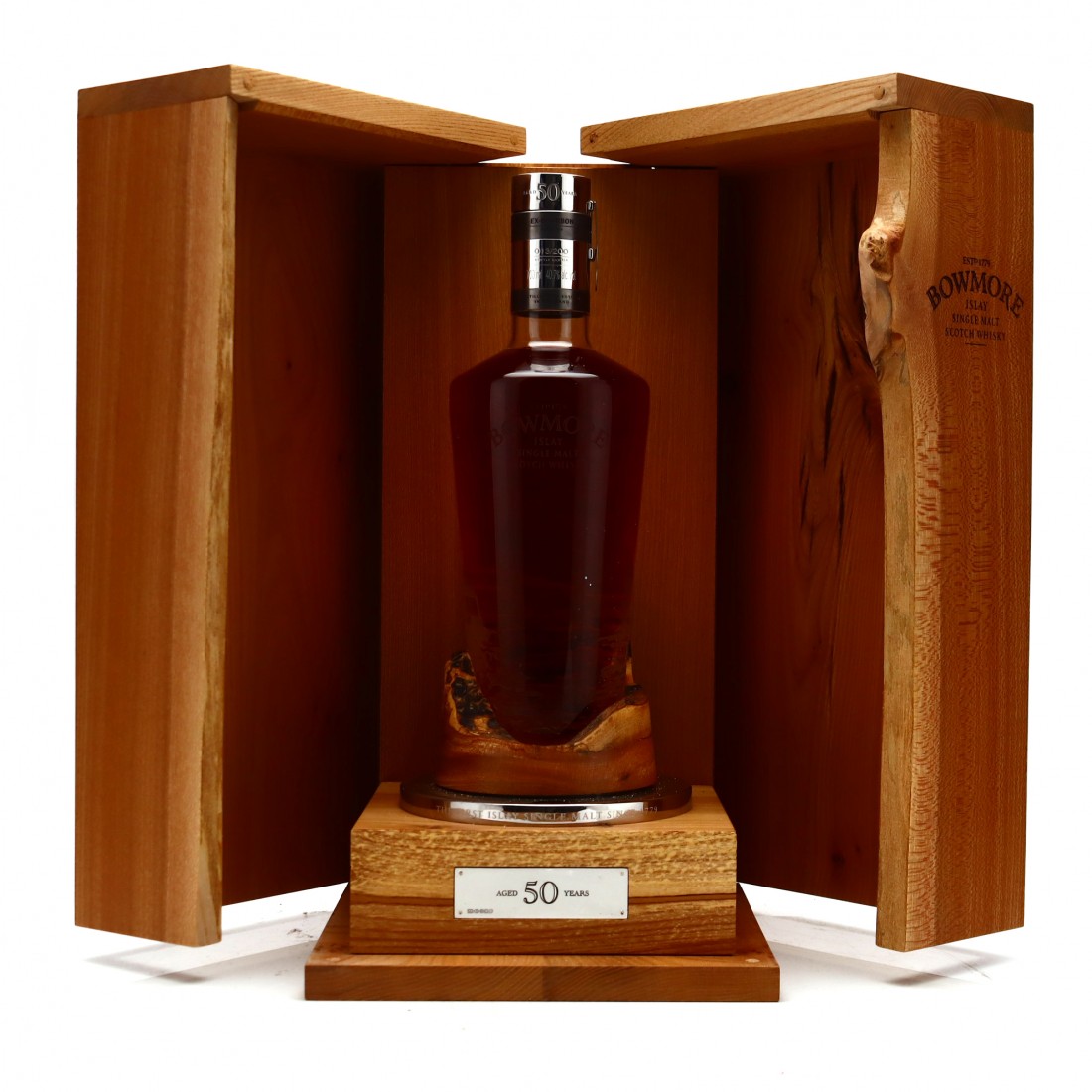 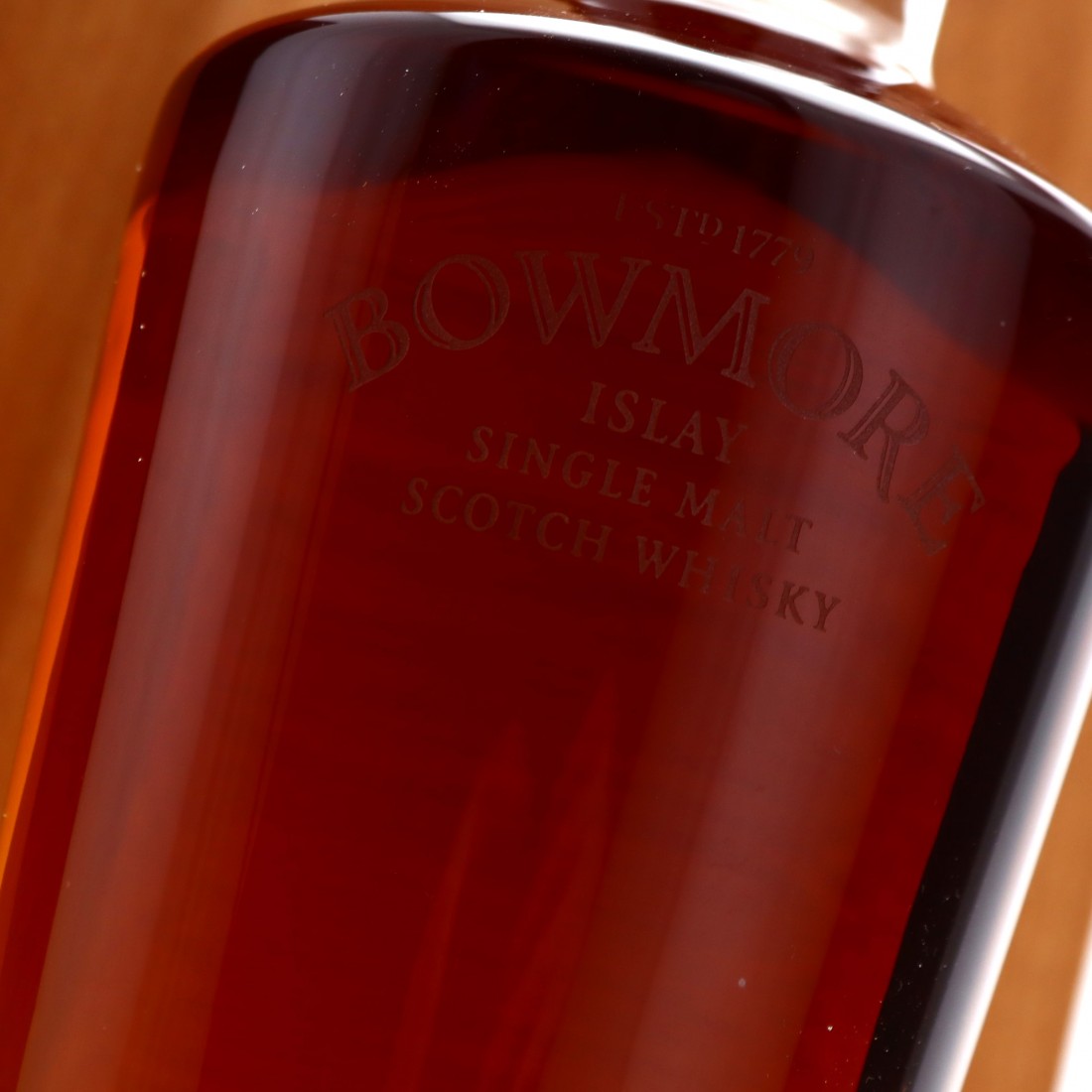 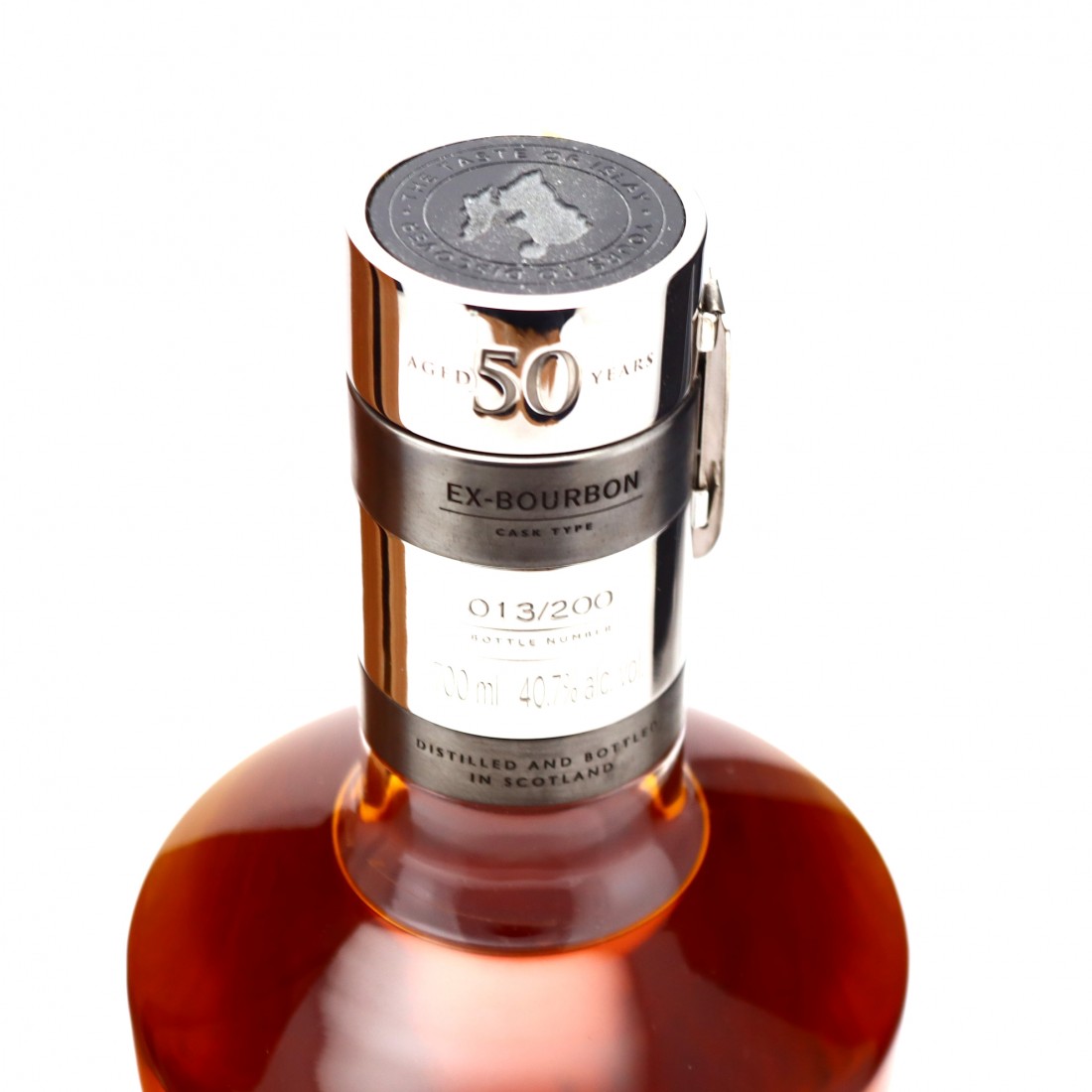 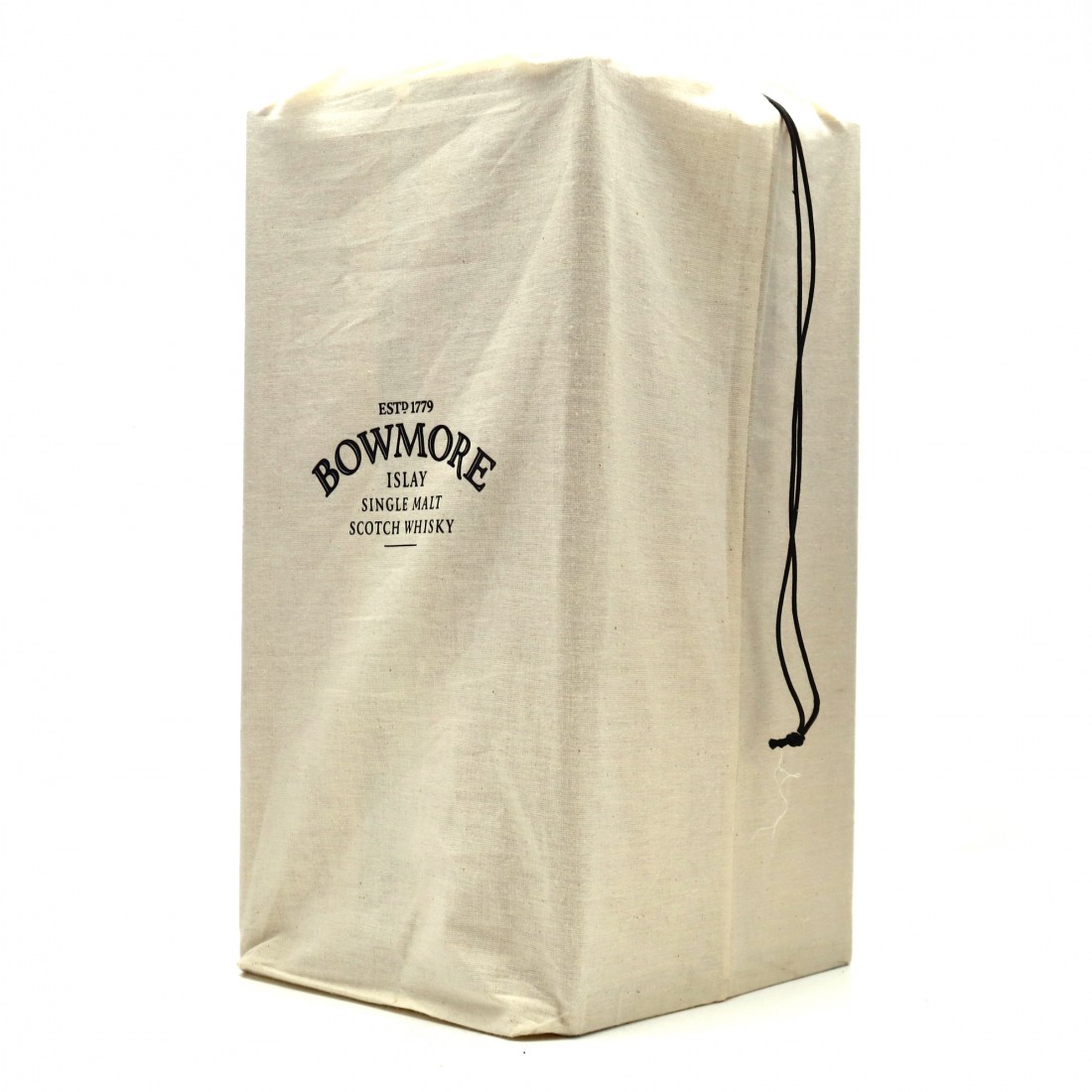 Distilled way back in 1961, this 50 year old was the oldest publicly available Bowmore ever bottled at the time of release (although there were a few bottles of 54 year old available to procure from the distillery). The spirit was distilled in December of that year and laid down for half a century in two ex-bourbon hogsheads. The "angel's share" in these casks left only enough for a limited 200 bottles.

The presentation of this 50 year old celebrates more than just the craftsmanship of whisky. The bottle was hand-blown and engraved by two of Scotland's foremost glass artists, Brodie Nairn and Nichola Burns. The wooden cabinet and stand were carved by acclaimed woodworker Peter Toaig, who used highly-prized burr elm grown in the Scottish Highlands. Finally, the presentation is completed with a solid silver neck collar and 50-year perpetual calendar, allowing you to "look into the future" as you savour the past, both fashioned by sixth generation silversmiths, Thomas Fattorini.