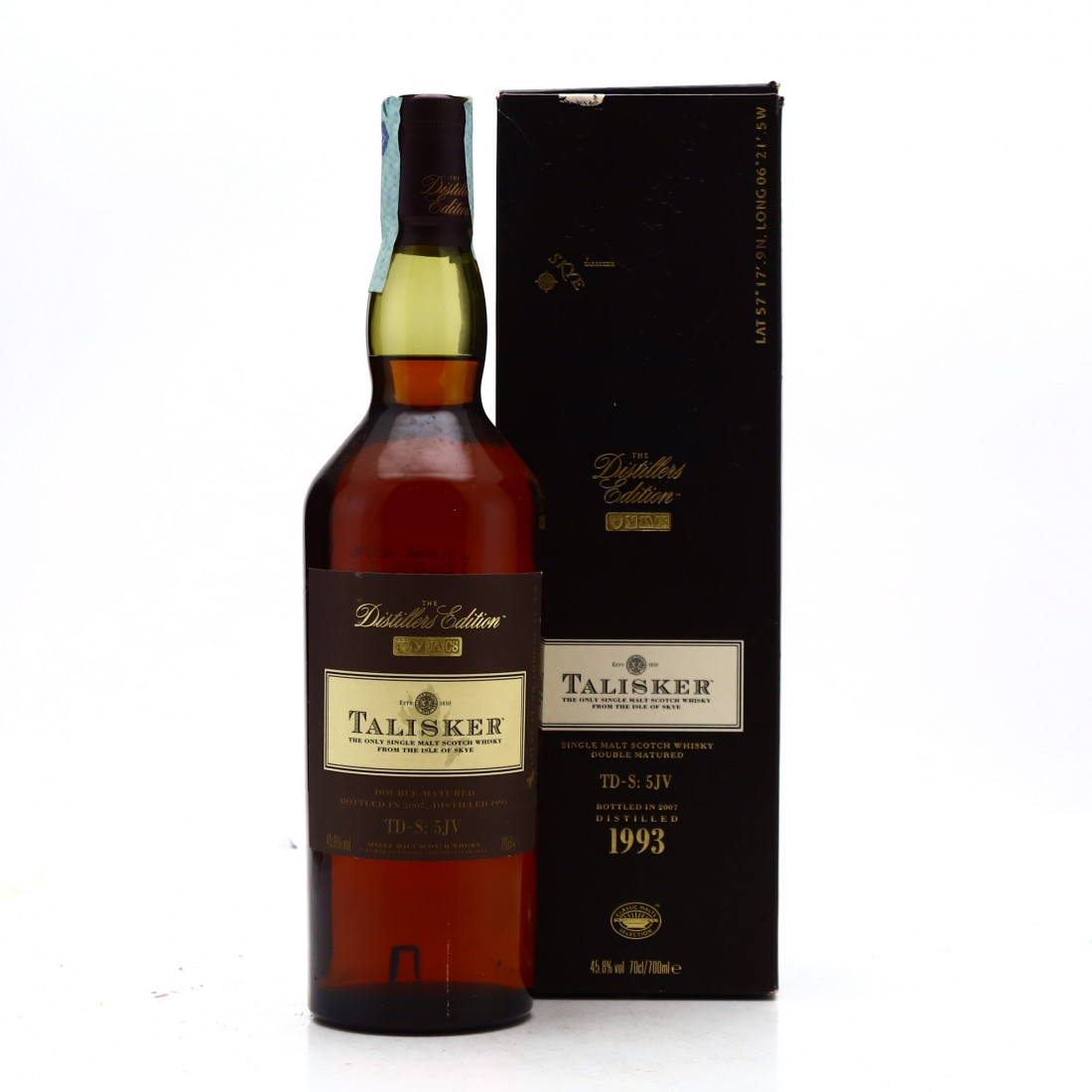 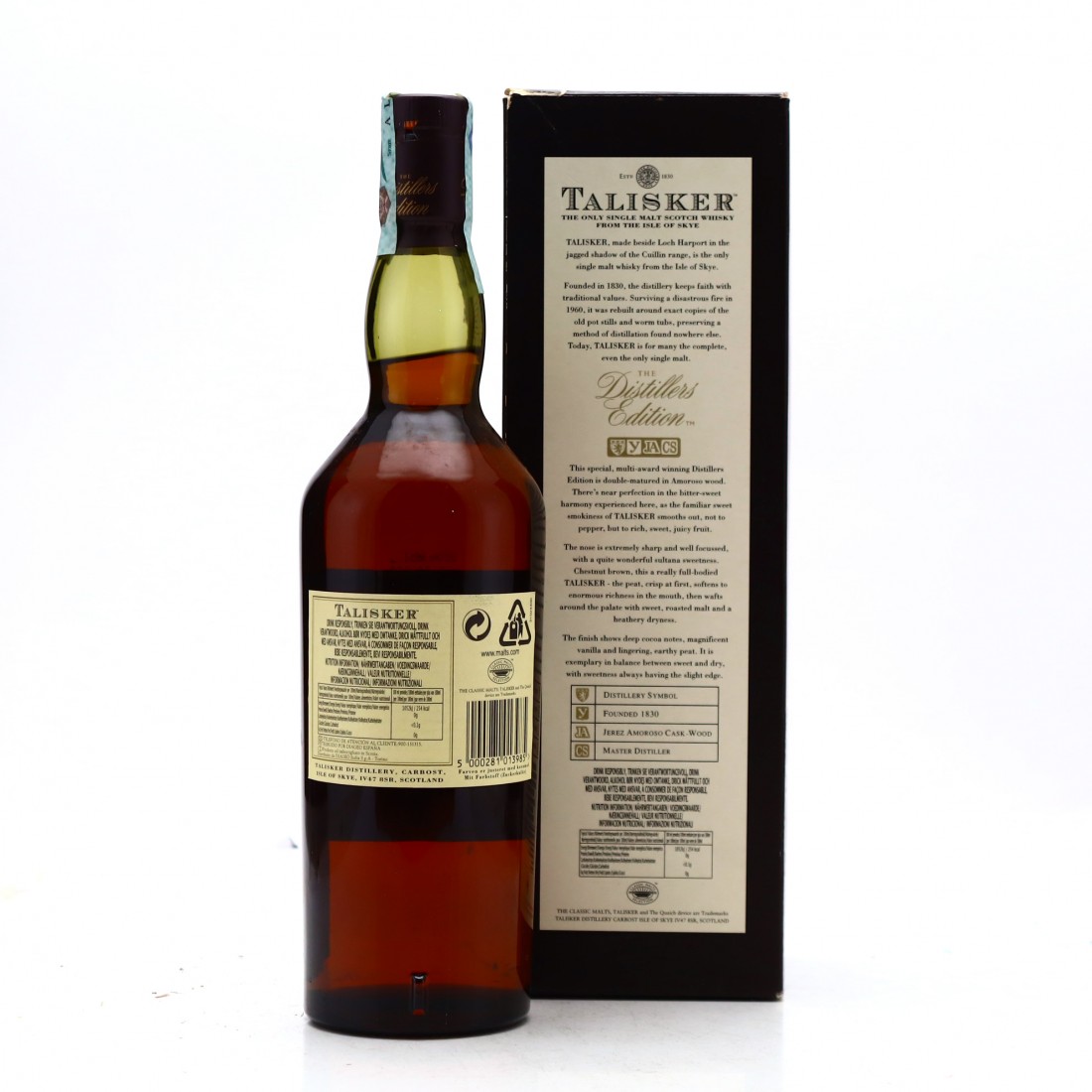 Introduced in 1997, the Distillers Edition range are cask finished variations on the Classic Malts. The Talisker variant in the double matured series is finished in Jerez Amoroso cask wood.