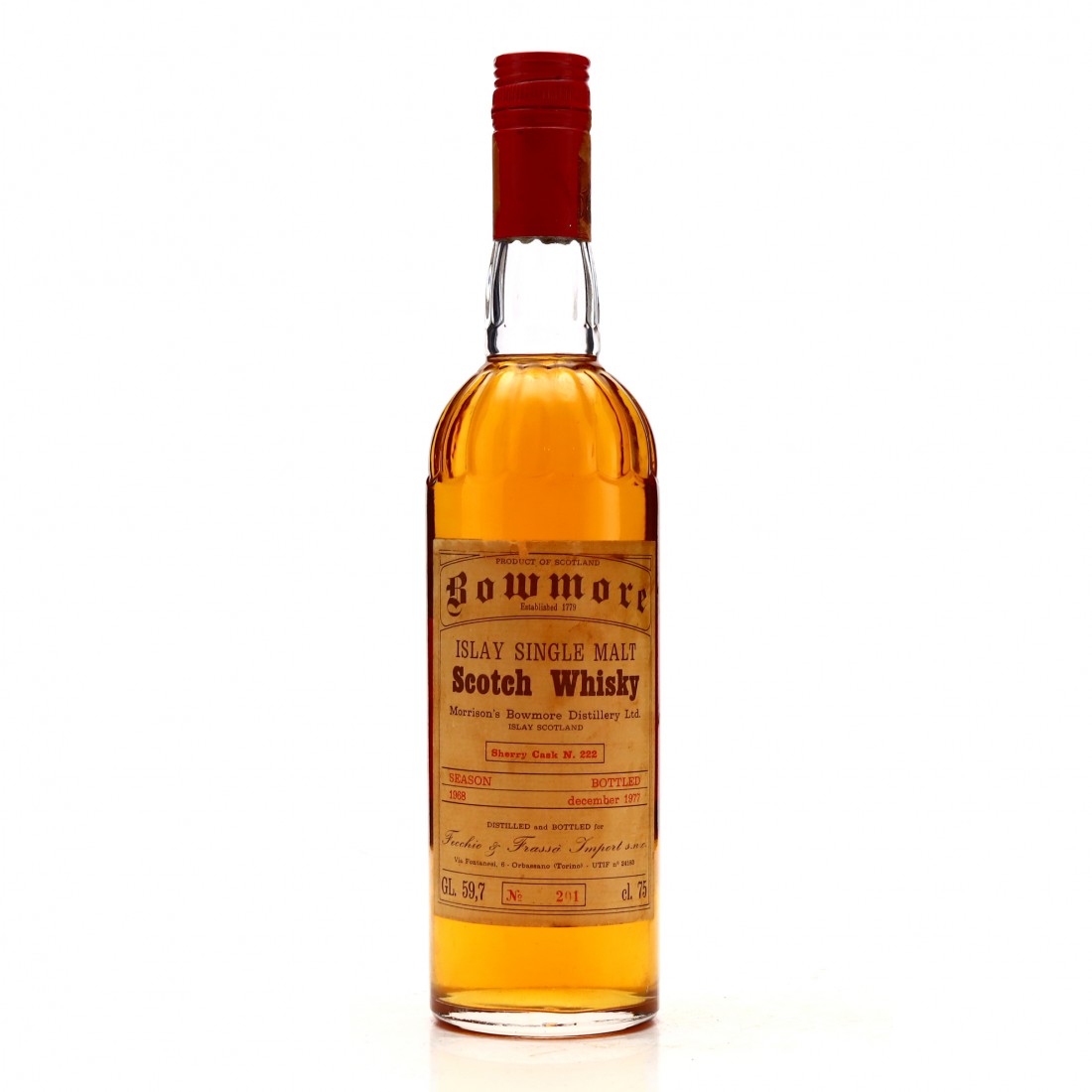 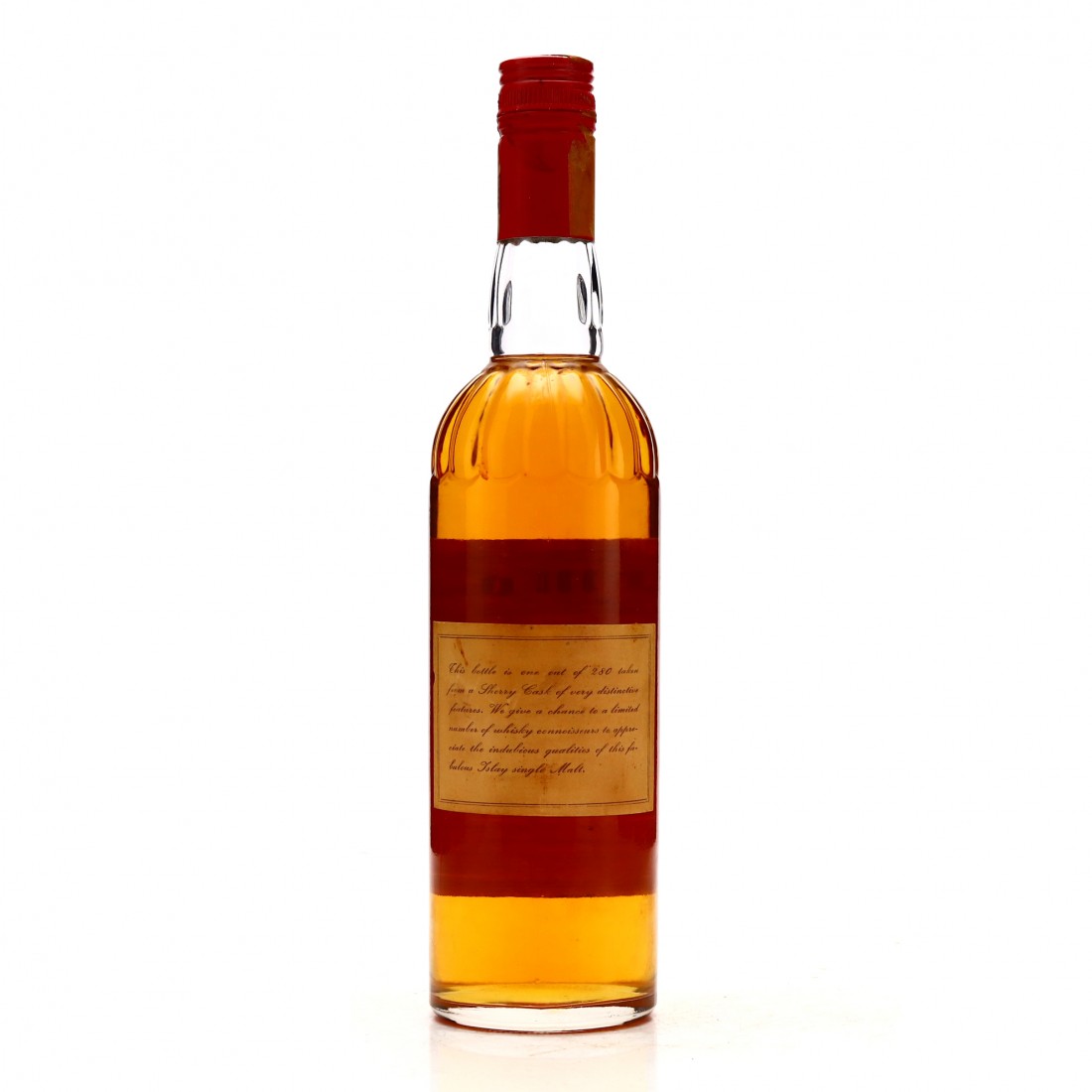 This is part of an incredibly rare series of single cask Bowmore bottled in the late 1970s. These were joined by several sought after Springbank among the earliest exclusive single cask bottlings imported to Italy.

The whisky was distilled in 1968 and aged in single ex-Sherry cask #222 before being bottled at cask strength in December 1977.

These were notably produced with several different coloured versions of this capsule, including a rare short-cap example.