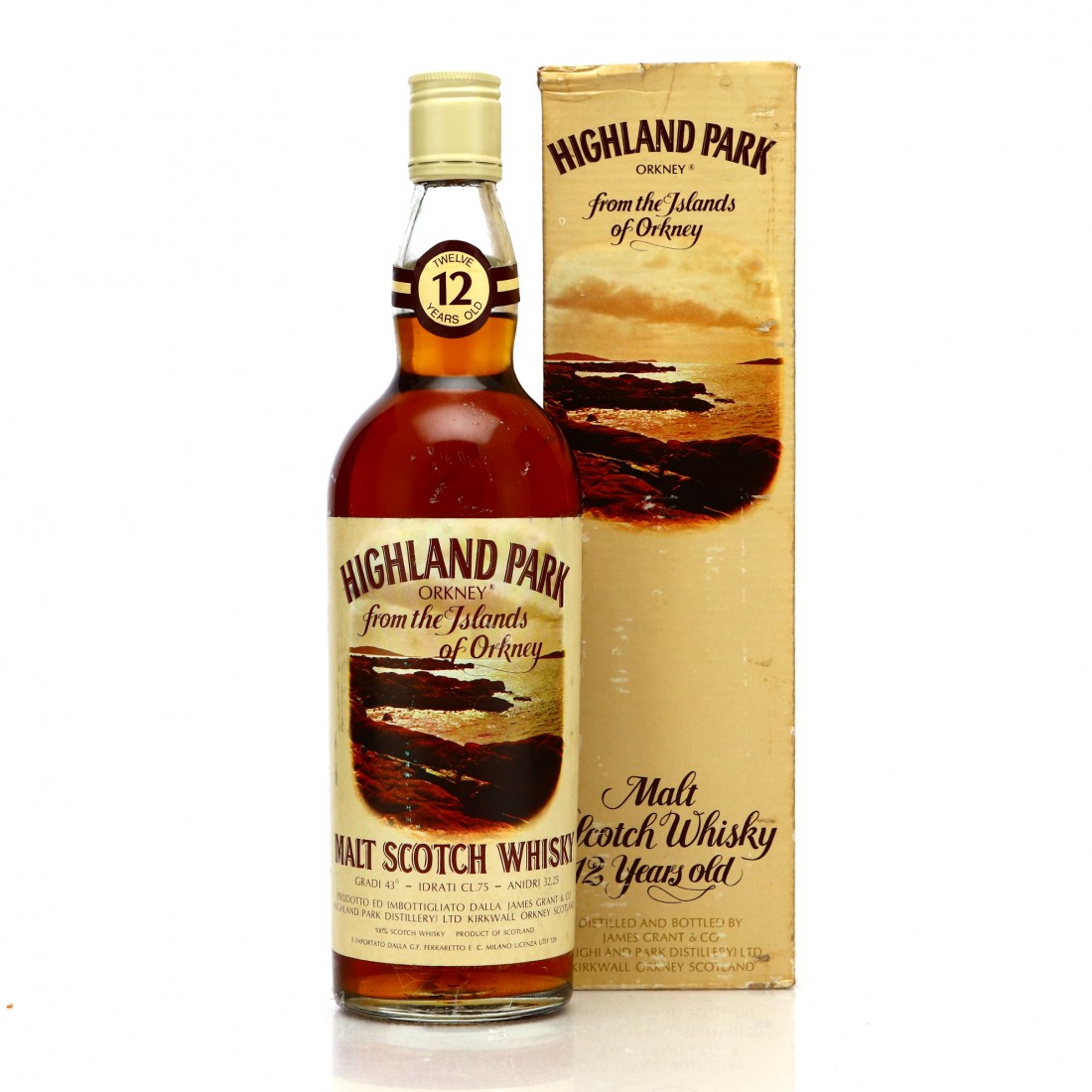 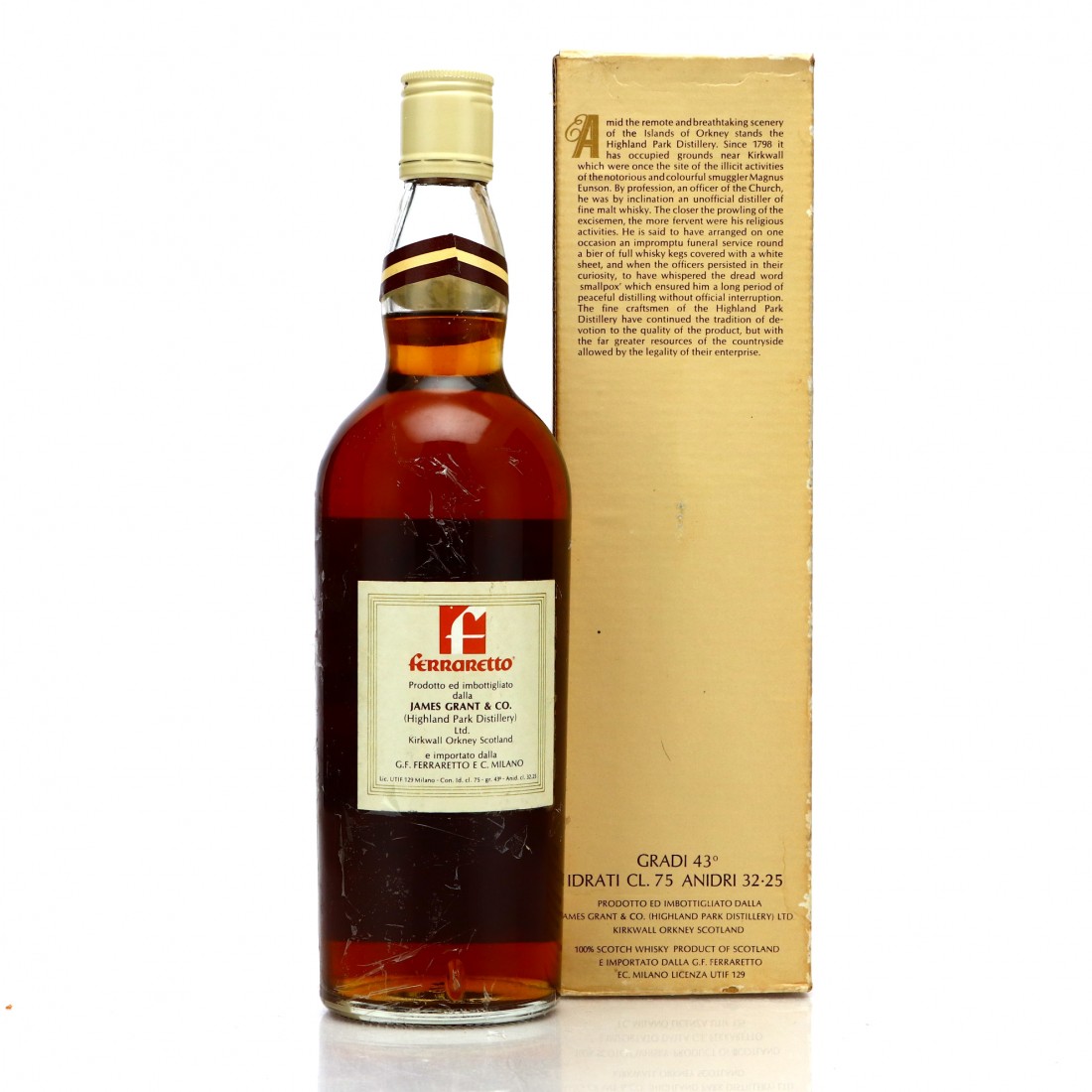 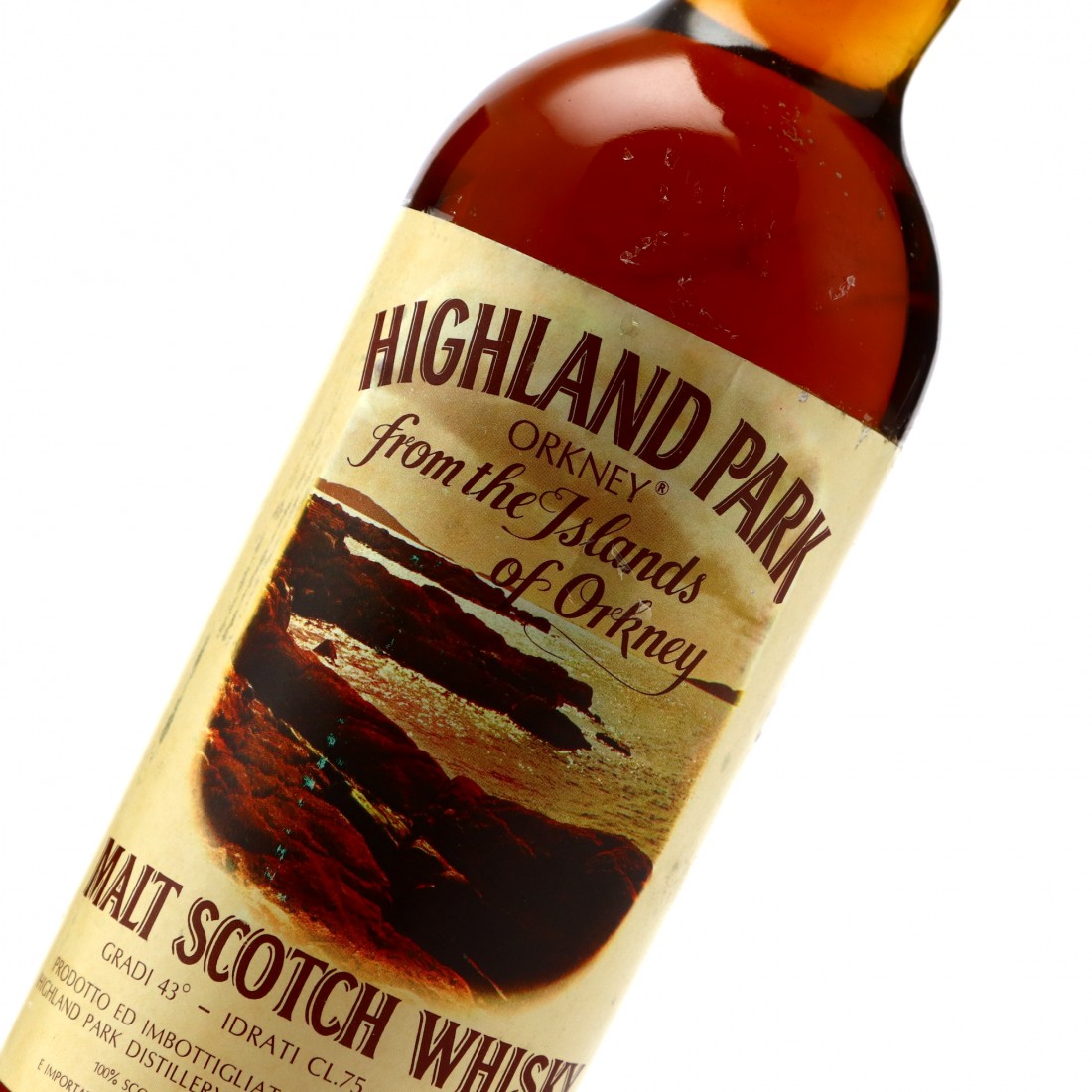 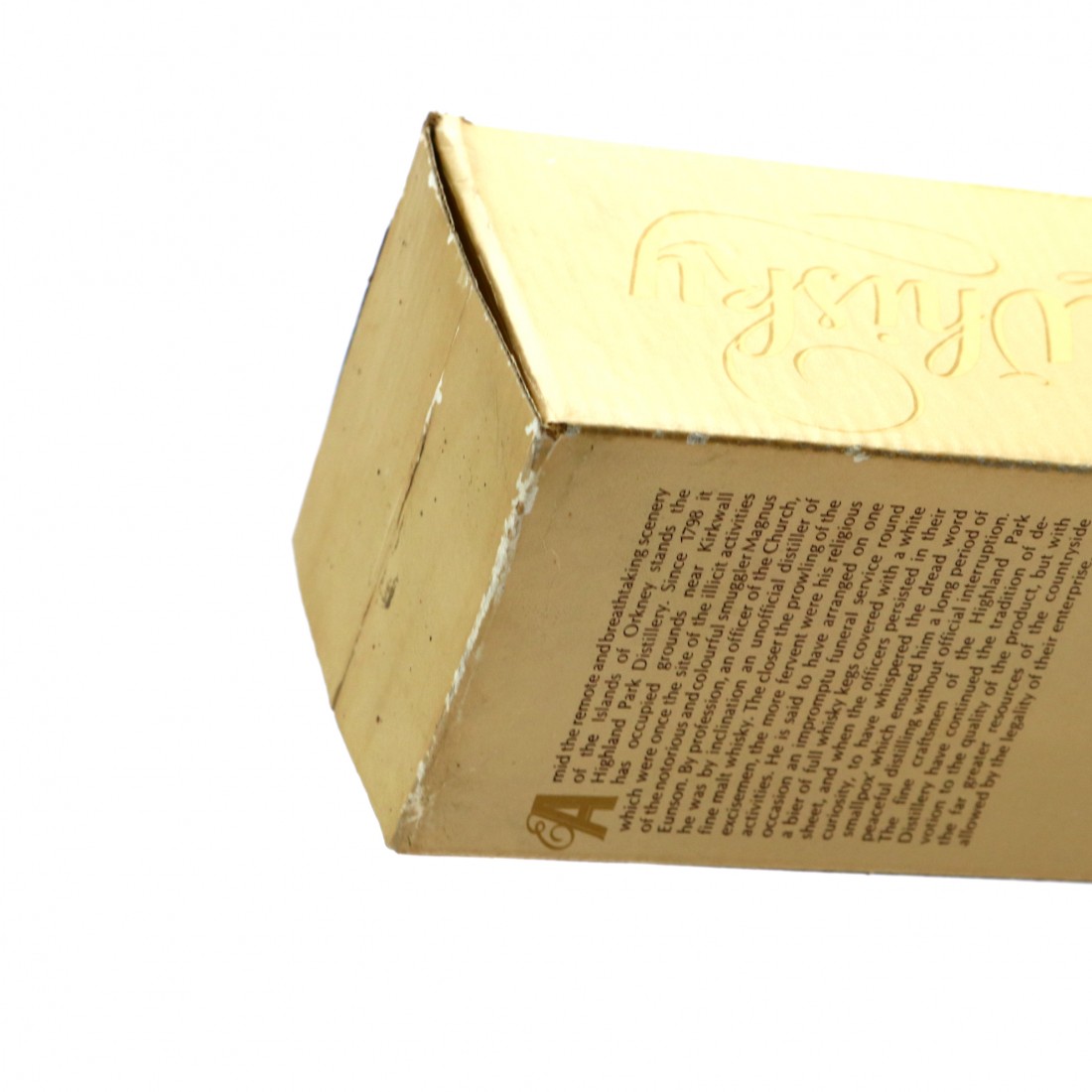 This 12 year old malt was bottled in the early 1970s. This is the first iteration of the Highland Park single malt brand introduced by Highland Distillers. When this 12 year old age-statement was first bottled in the 1960s, the labels shared the same aesthetic with the company's other distilleries, Tamdhu and Glenrothes.