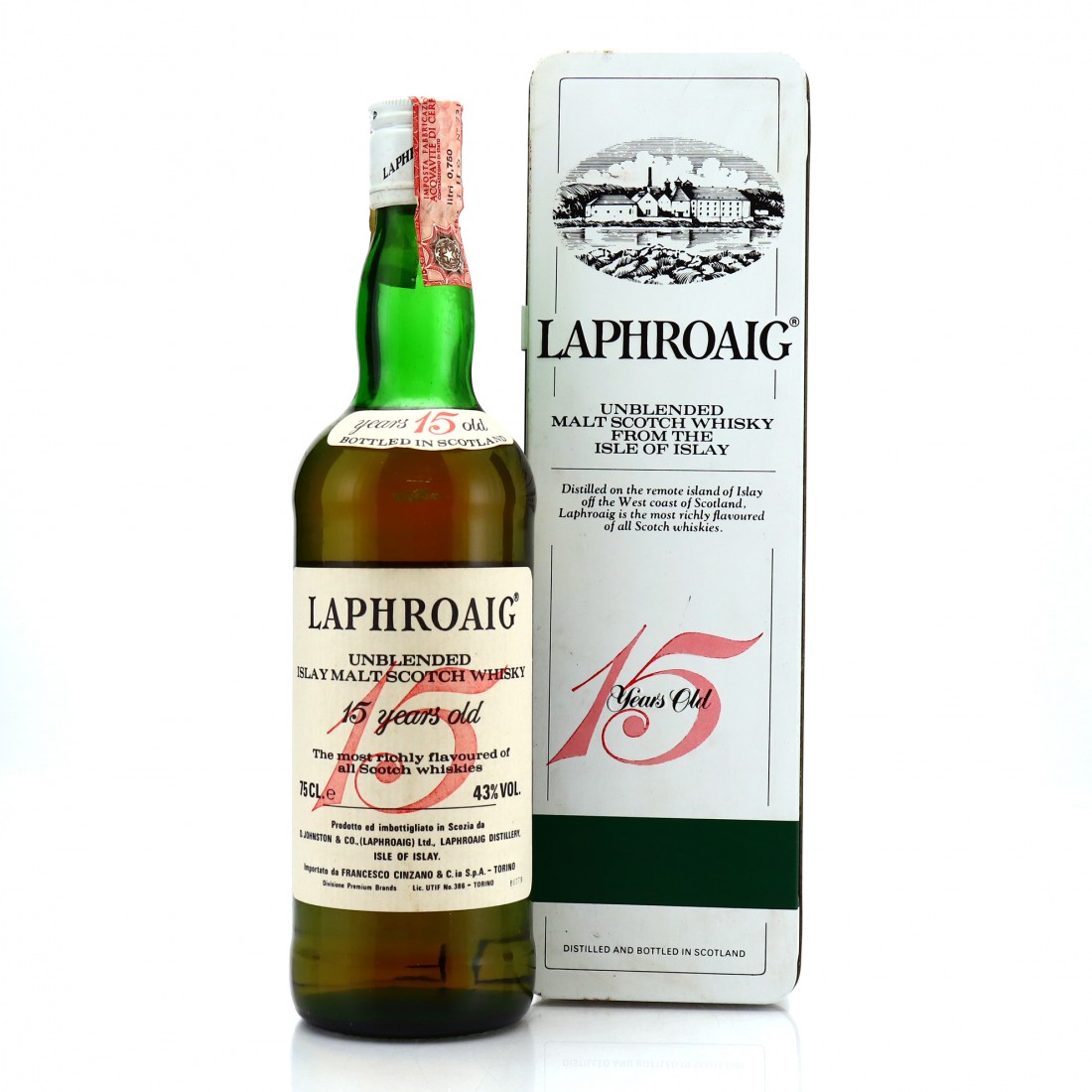 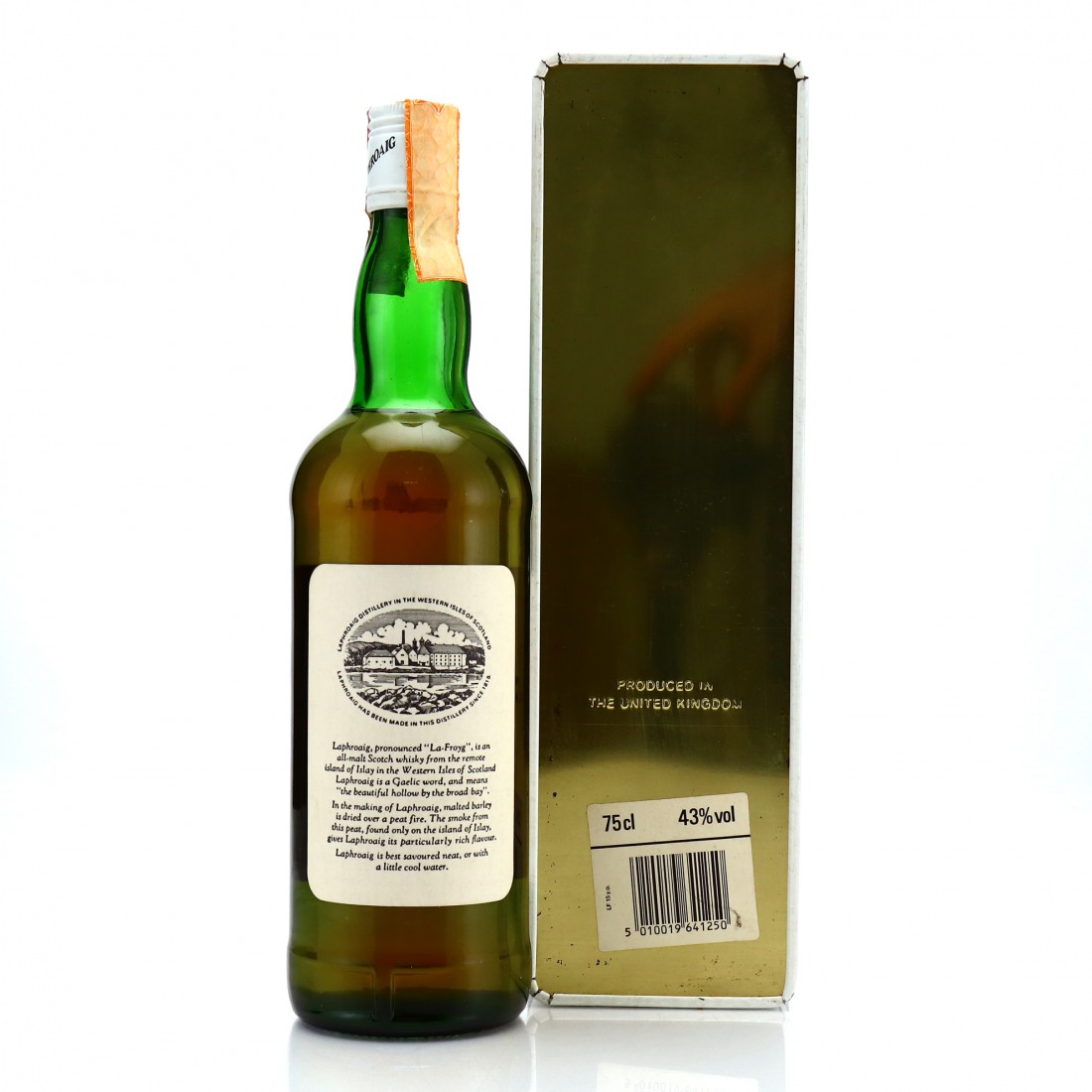 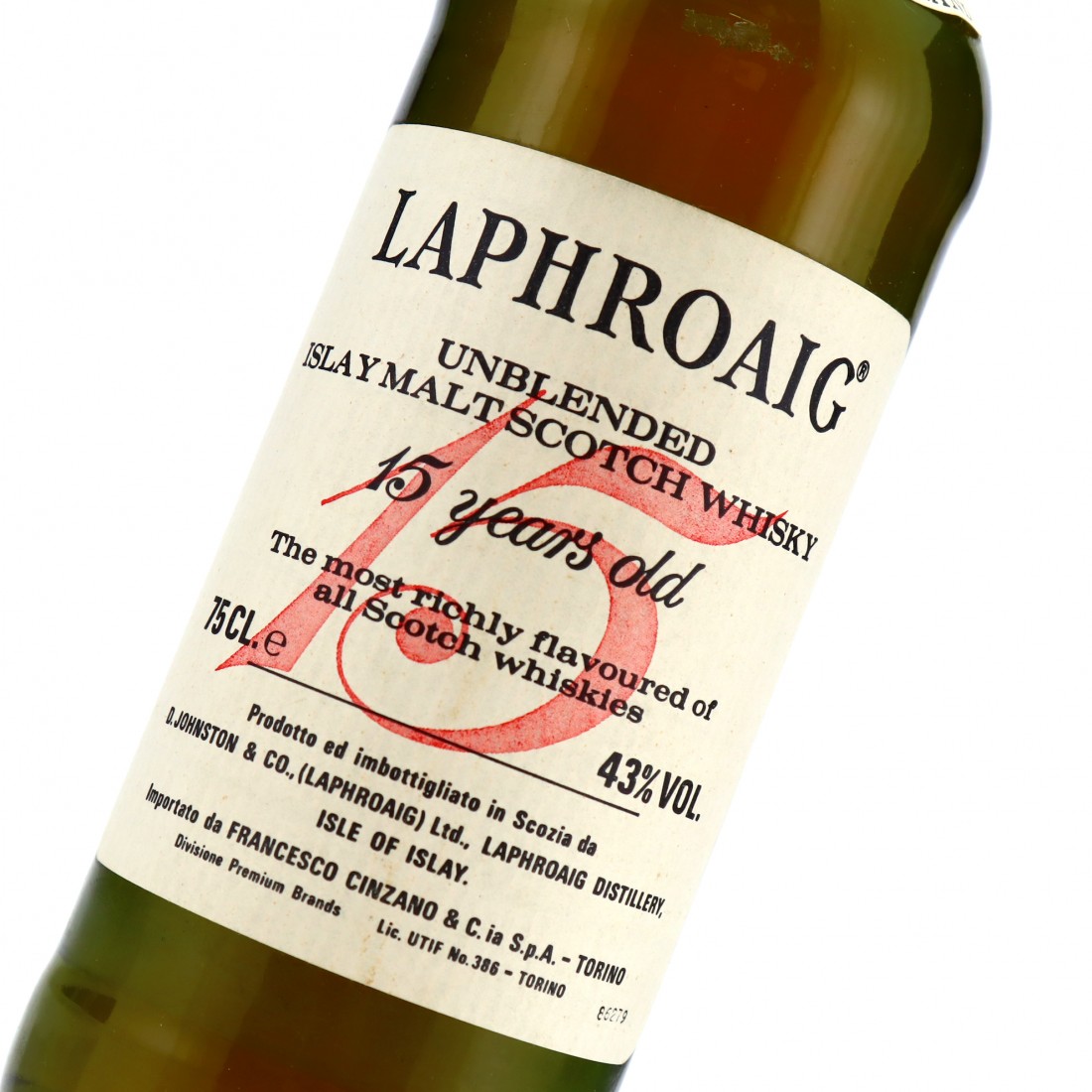 This is a particularly rare example, sealed with a screw cap. Laphroaig swapped to cork stopper and foil capsule closures in the same year the 15 year old was launched.

This bottle was imported to Italy by Cinazno.