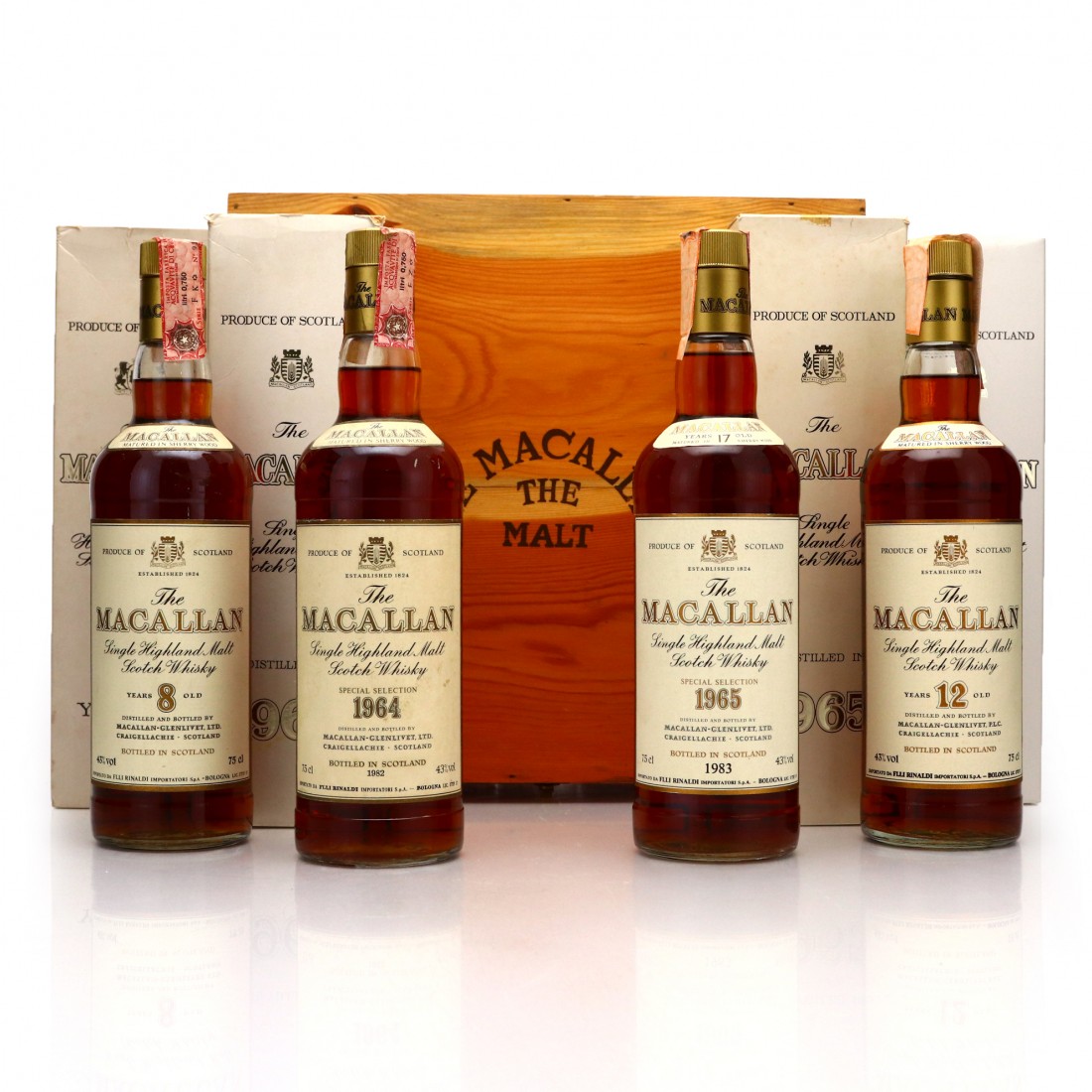 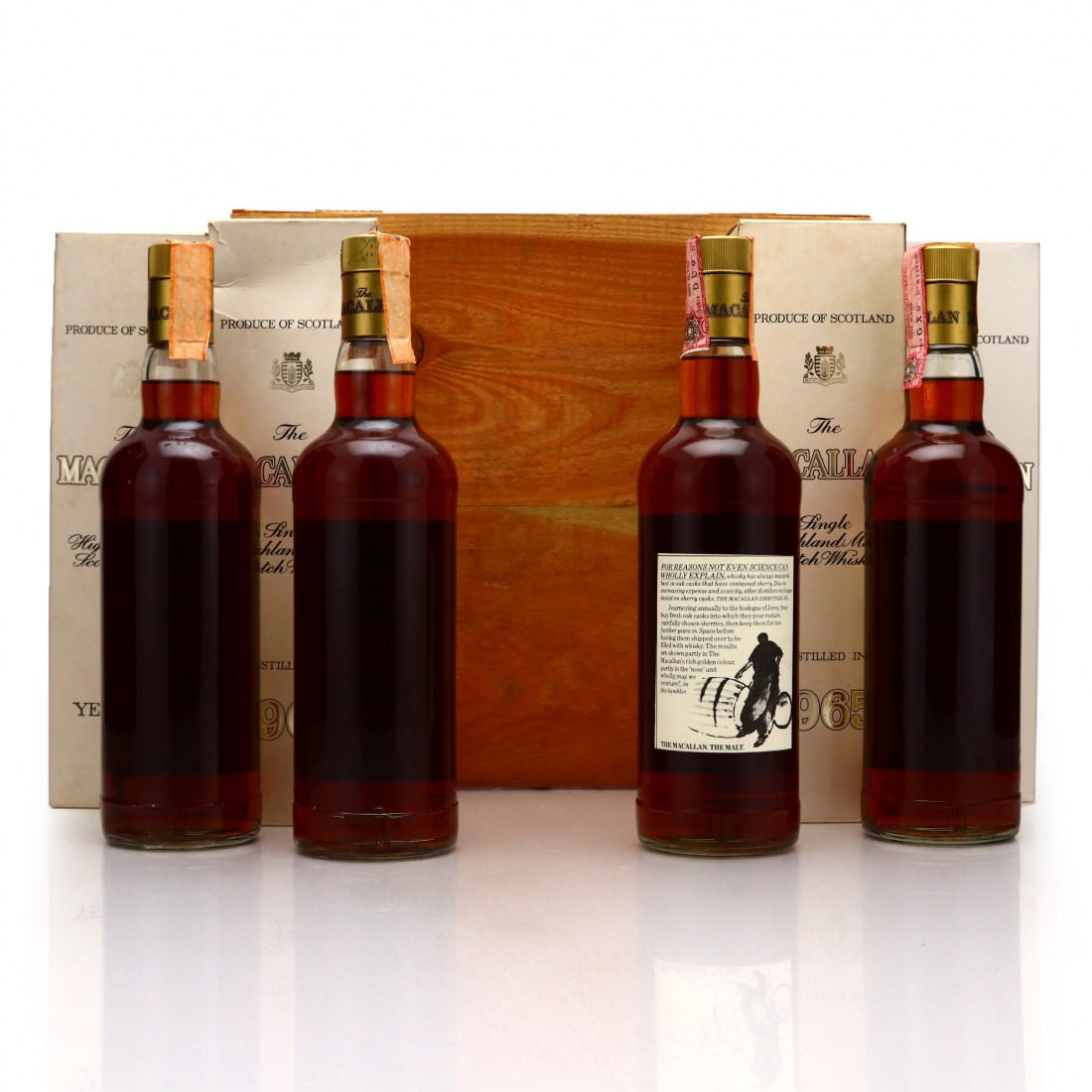 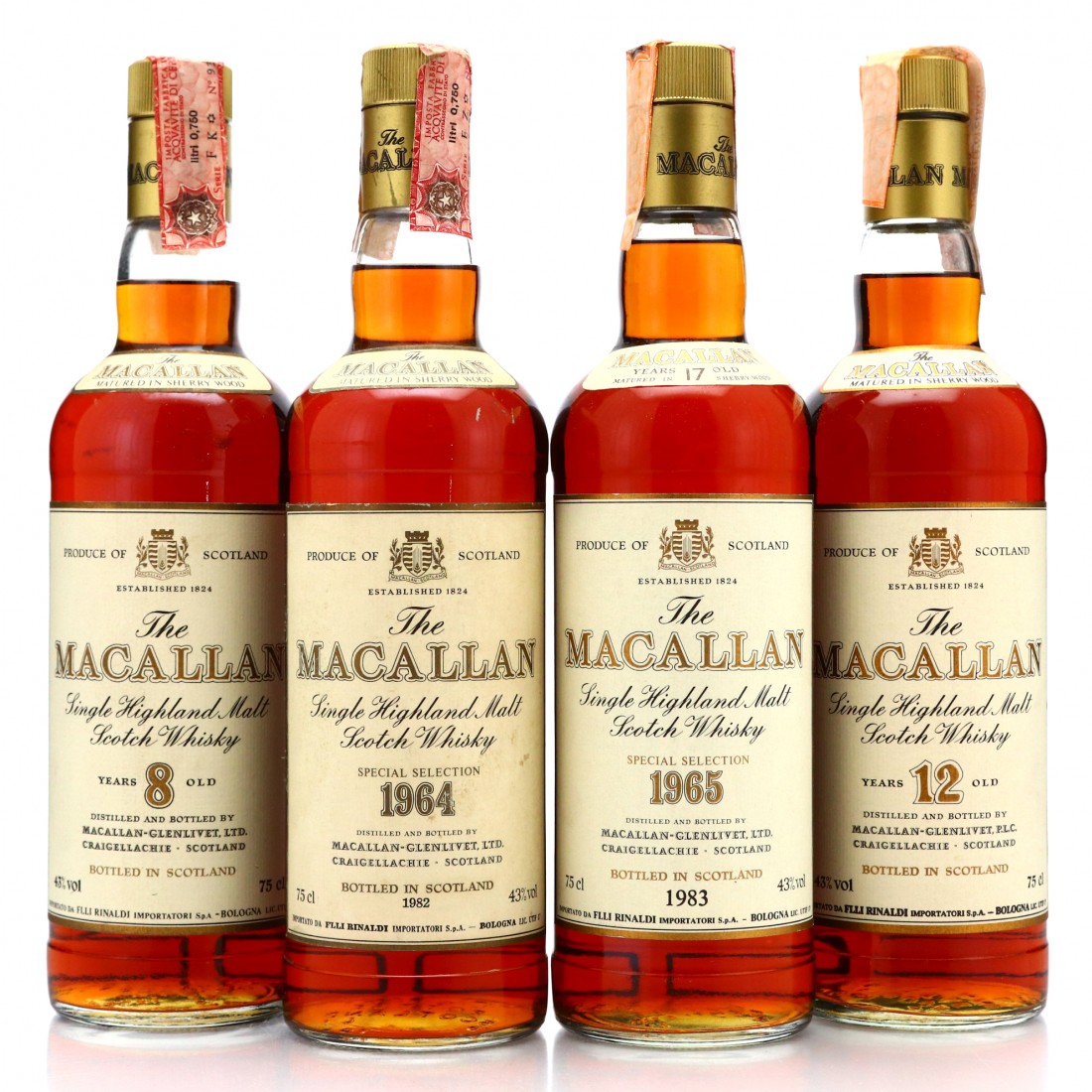 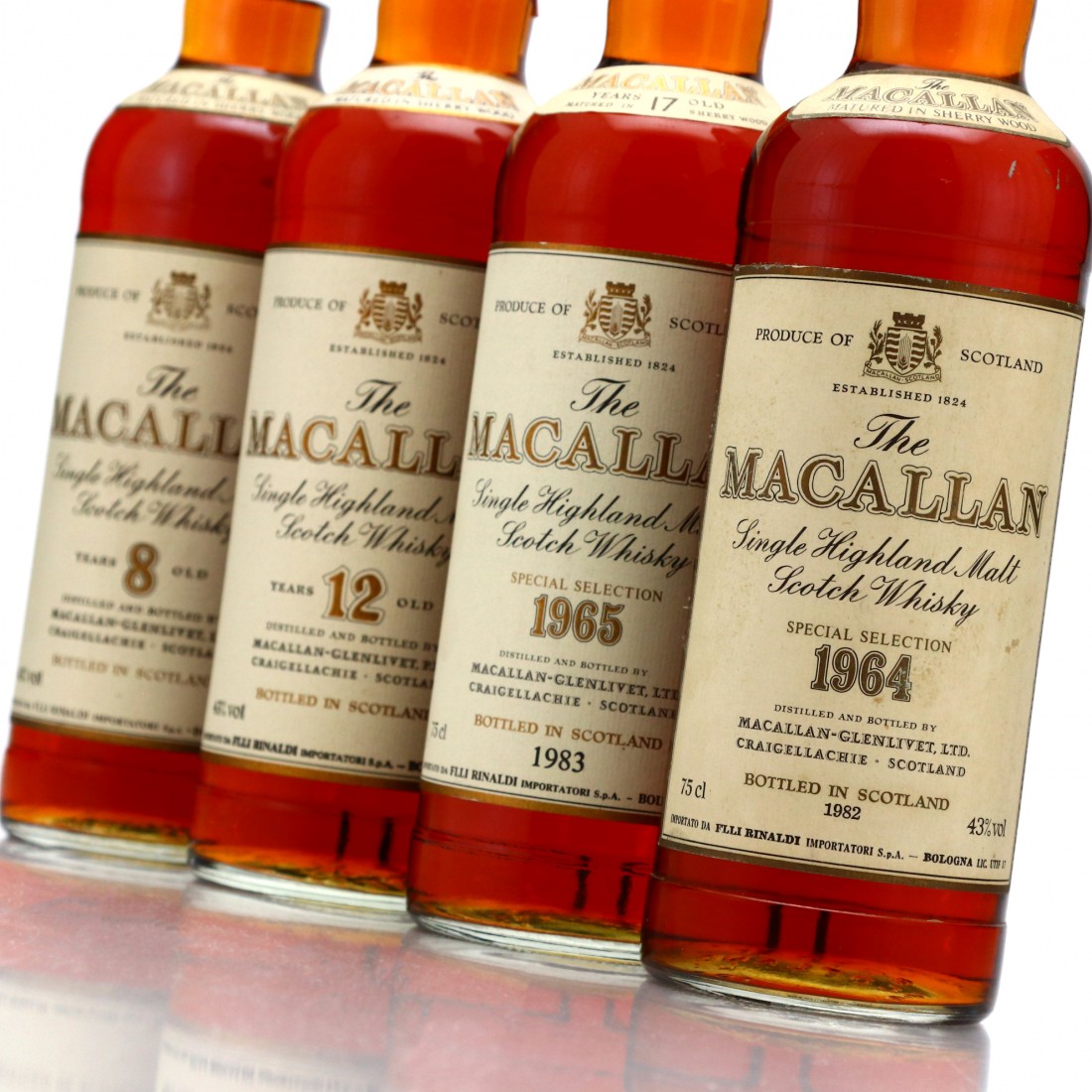 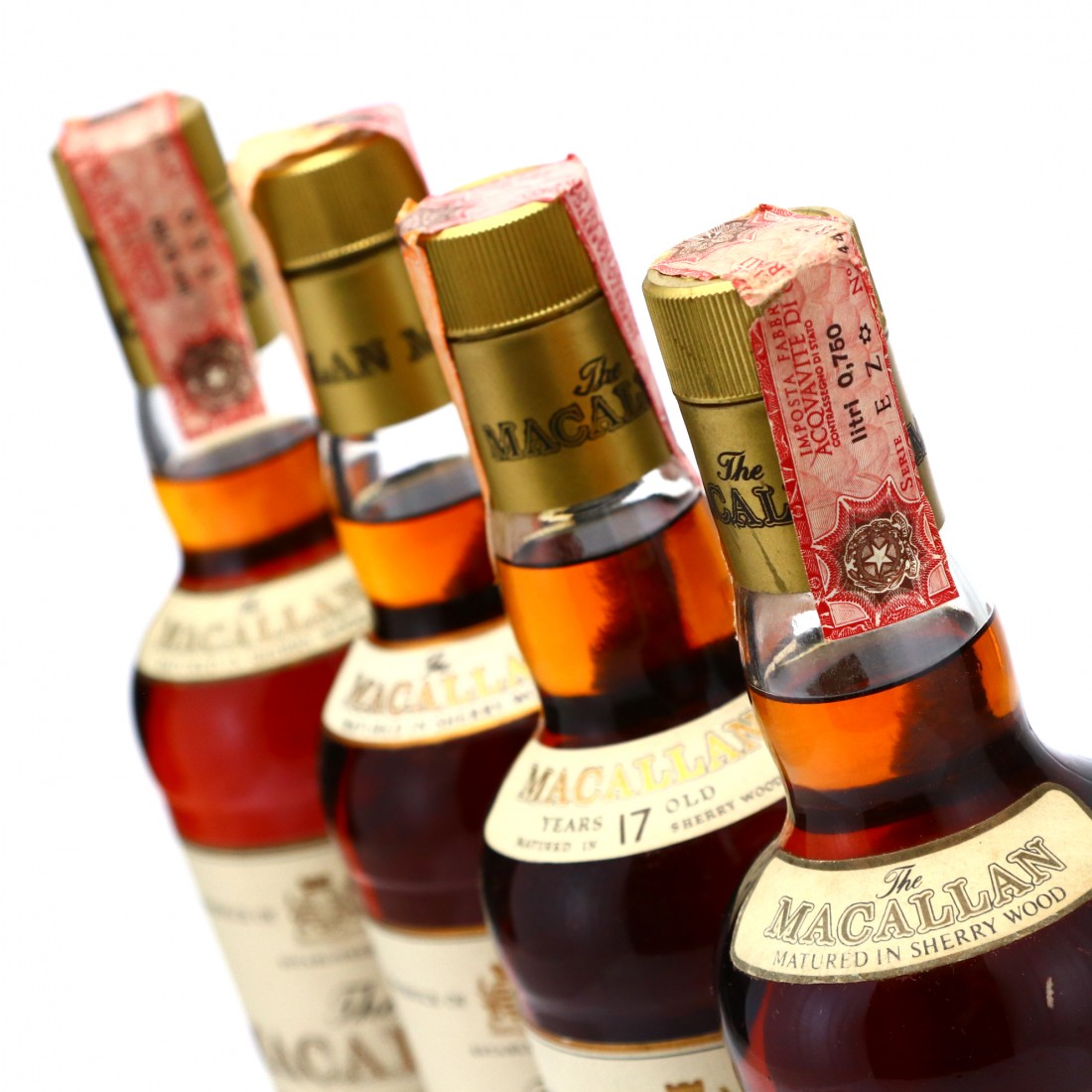 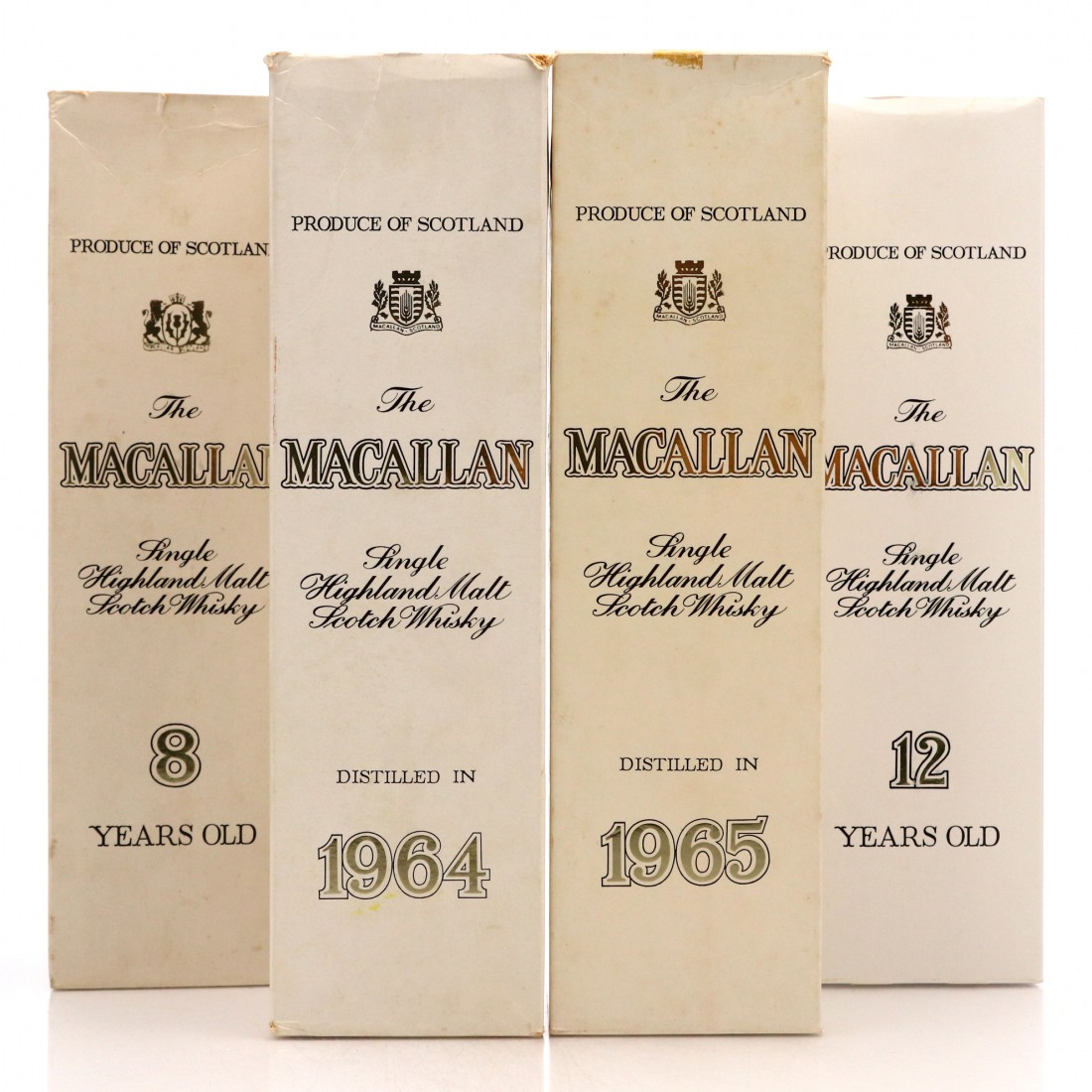 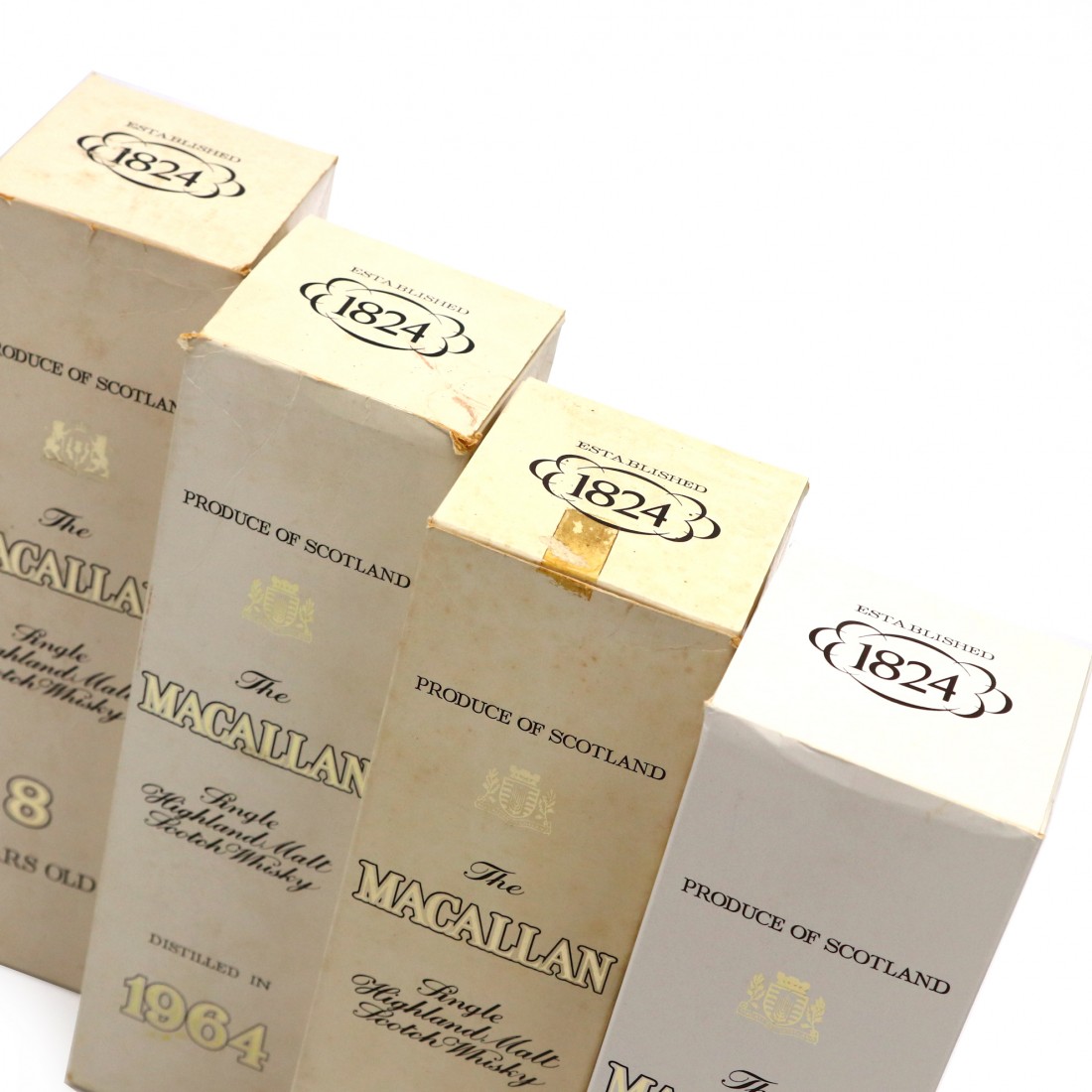 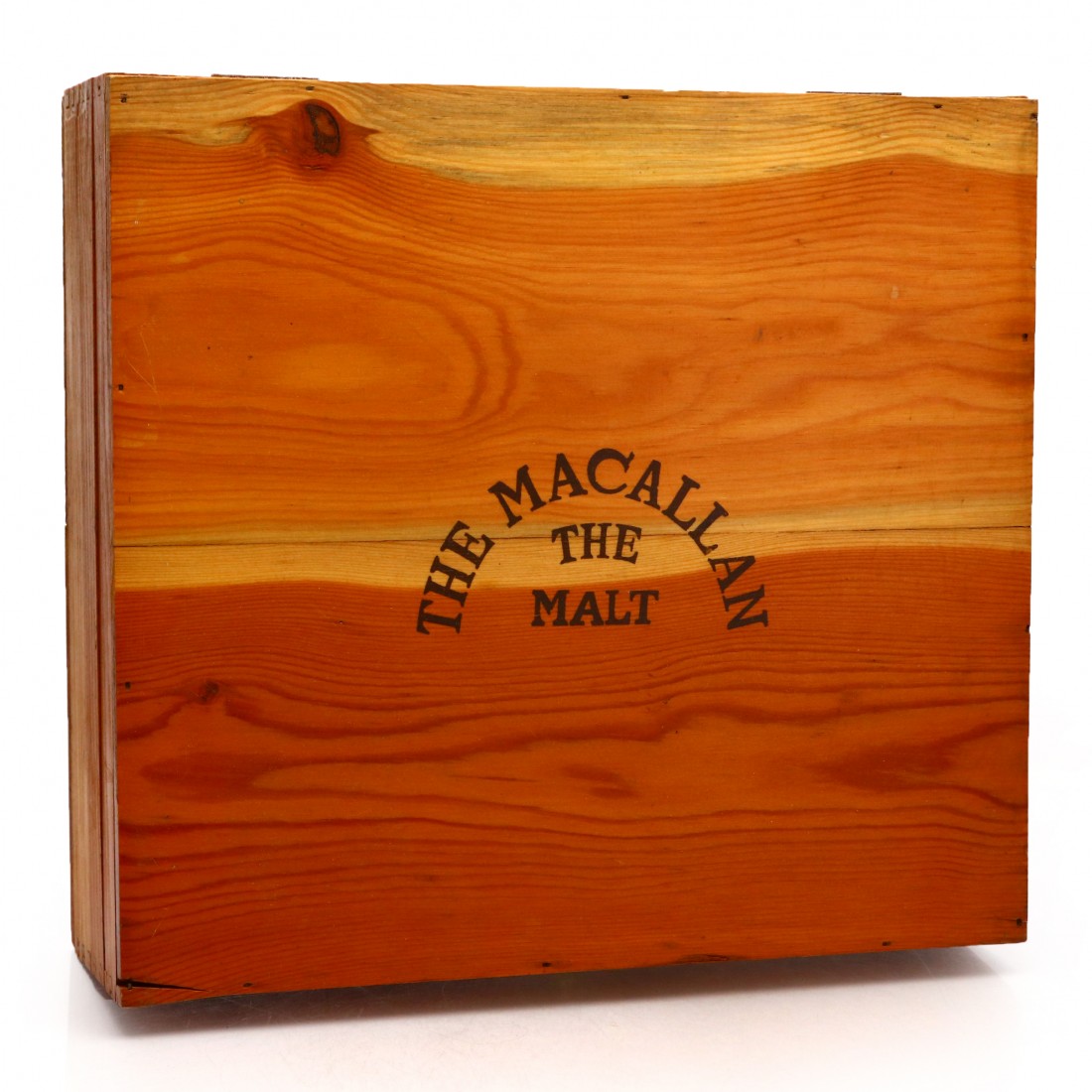 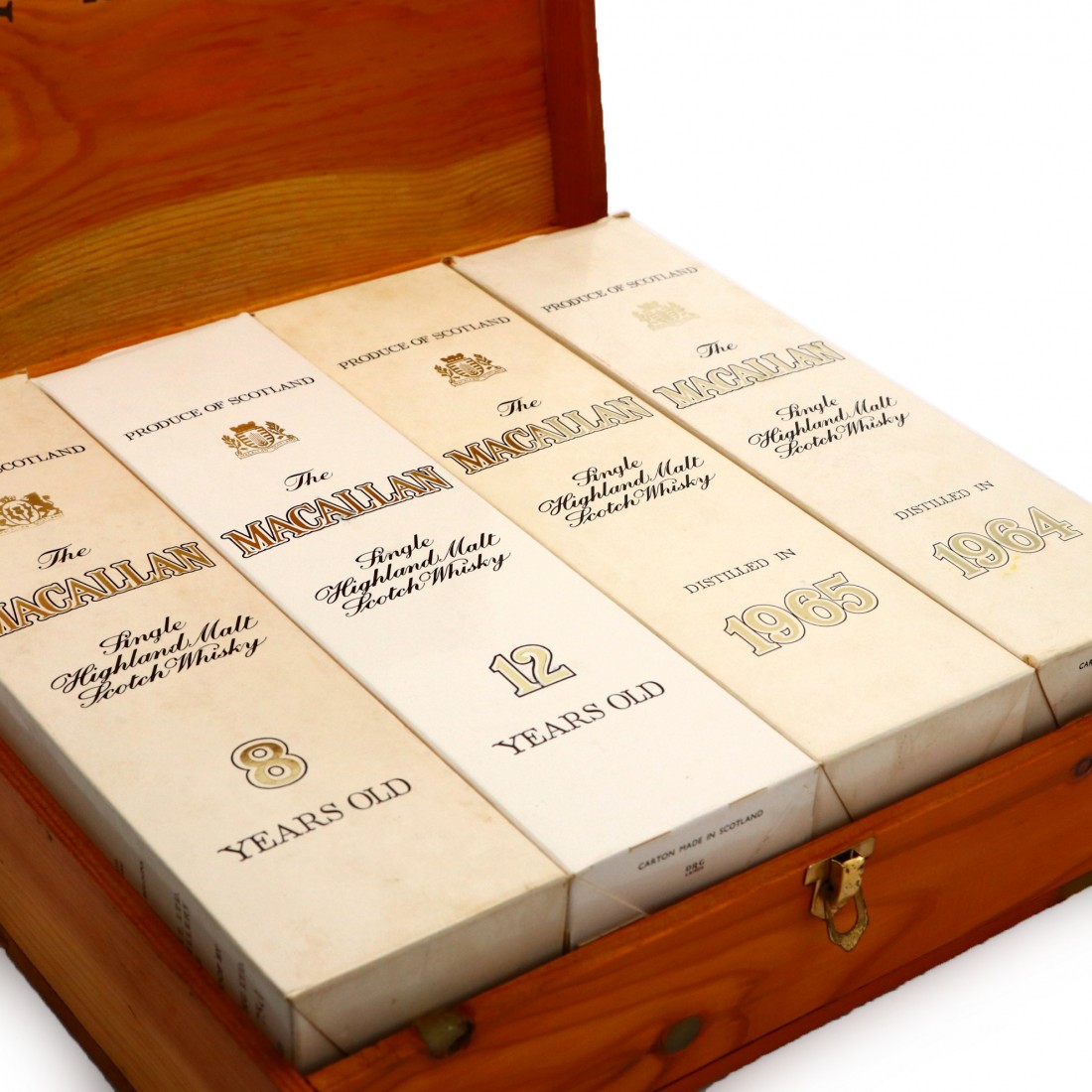 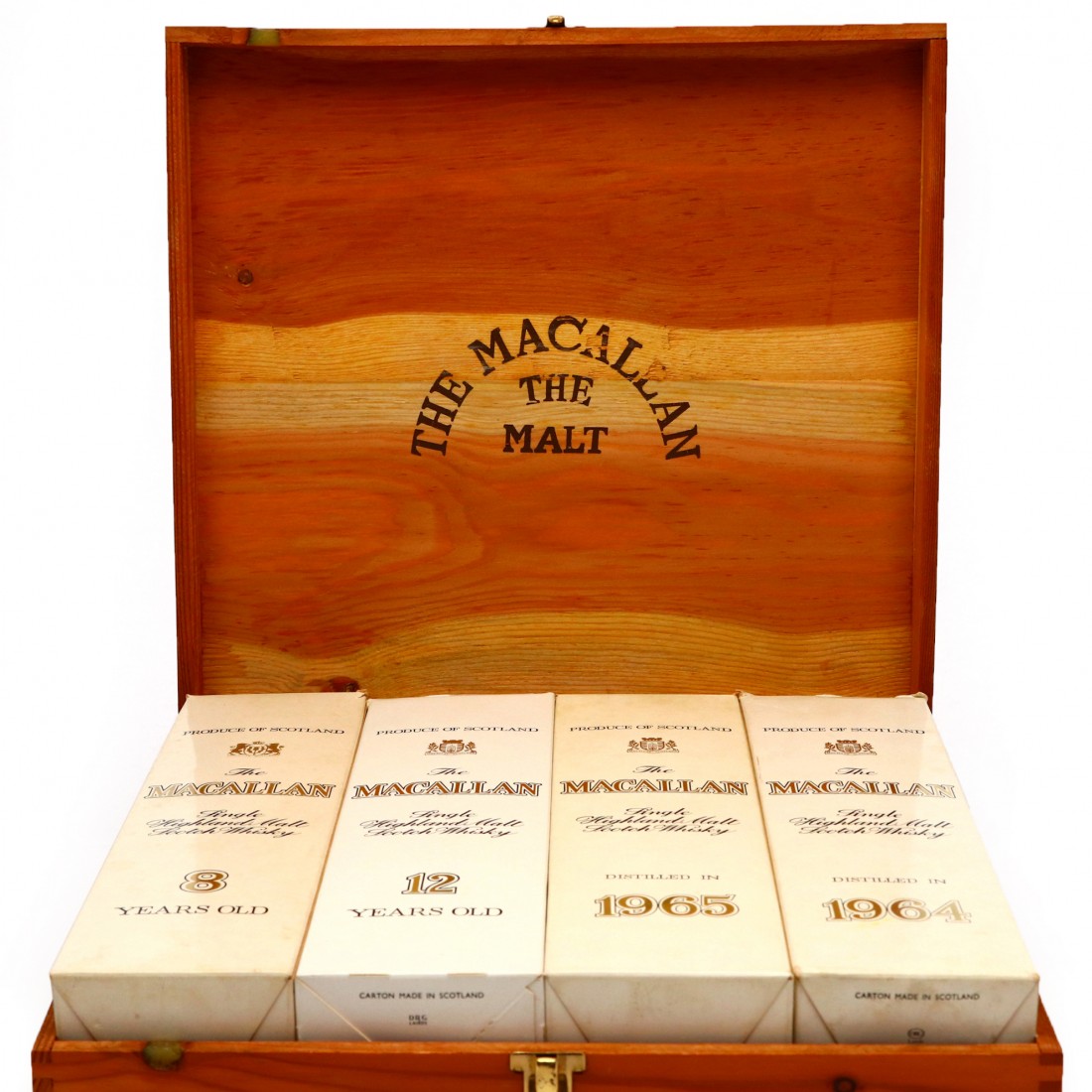 When Macallan assumed the responsibility for their own bottlings from Campbell, Hope & King in 1980, they inherited both an 8 and 12 year old age-statement which they continud to produce. They are presented here alongside two of their early vintage bottlings, the Special Selection releases which predated the first of the classic 18-Year-Olds in 1984.

Packaged in an elegant wooden case, these were all bottled for Fratelli Rinaldi in Italy with the plastic screw cap used between 1981 and 1984.