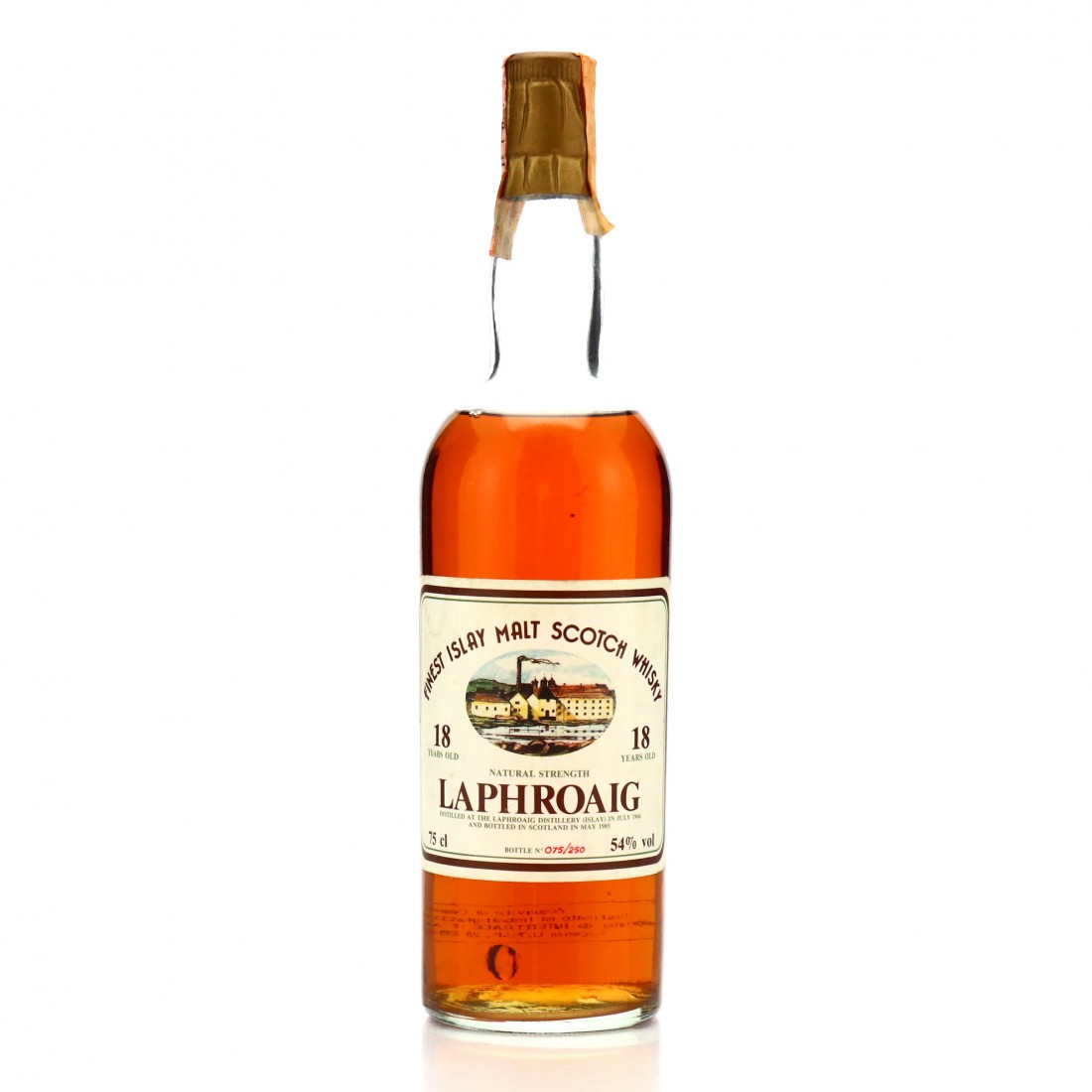 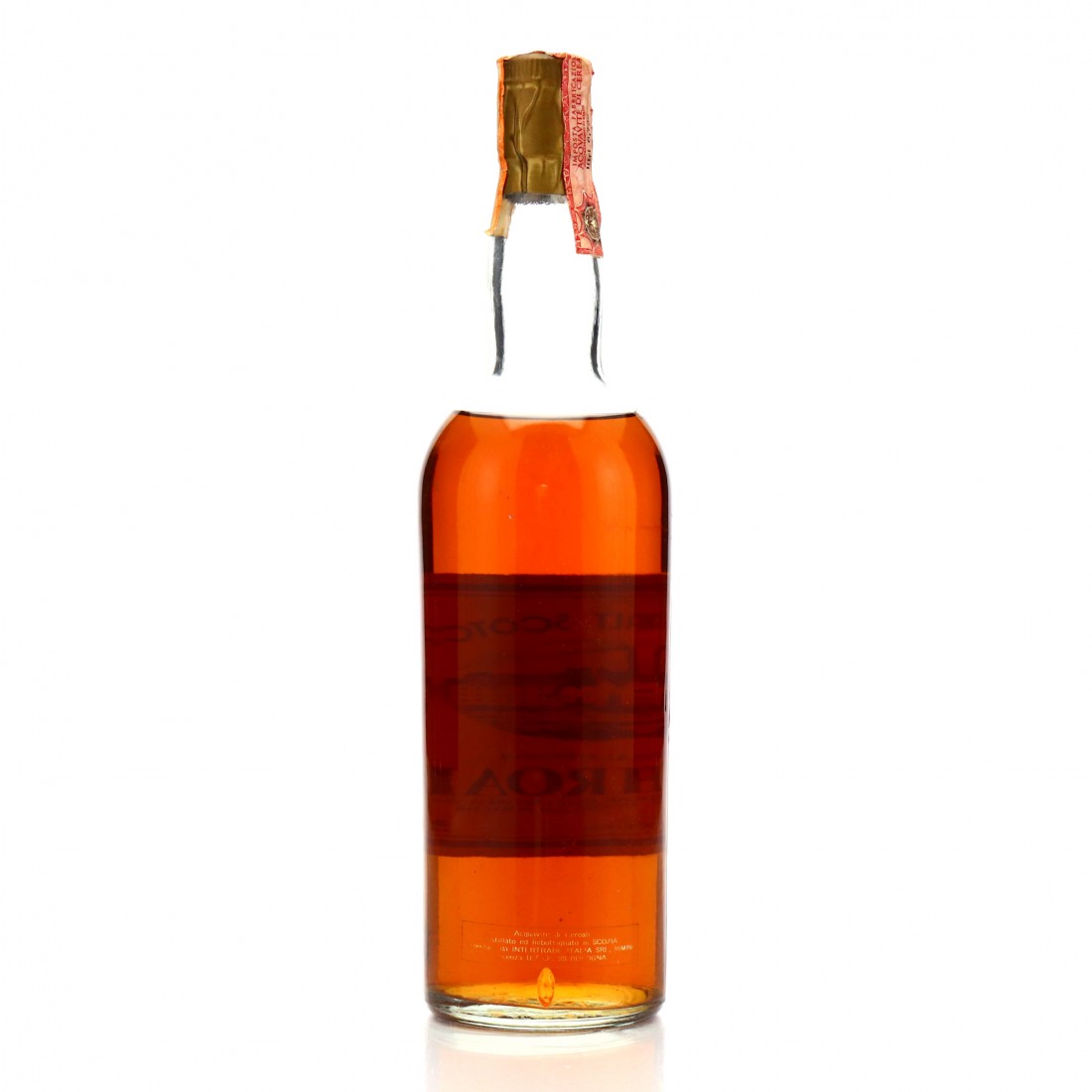 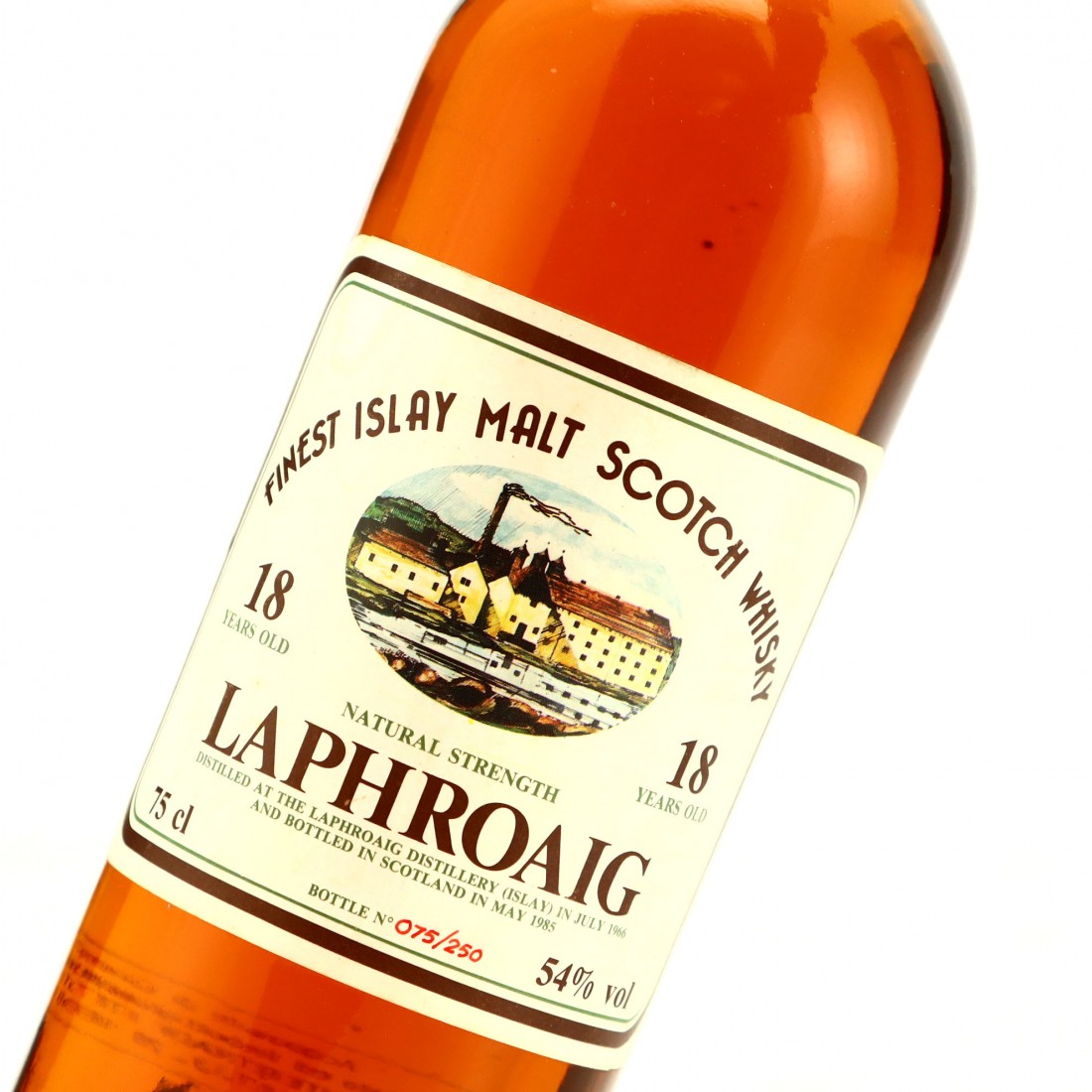 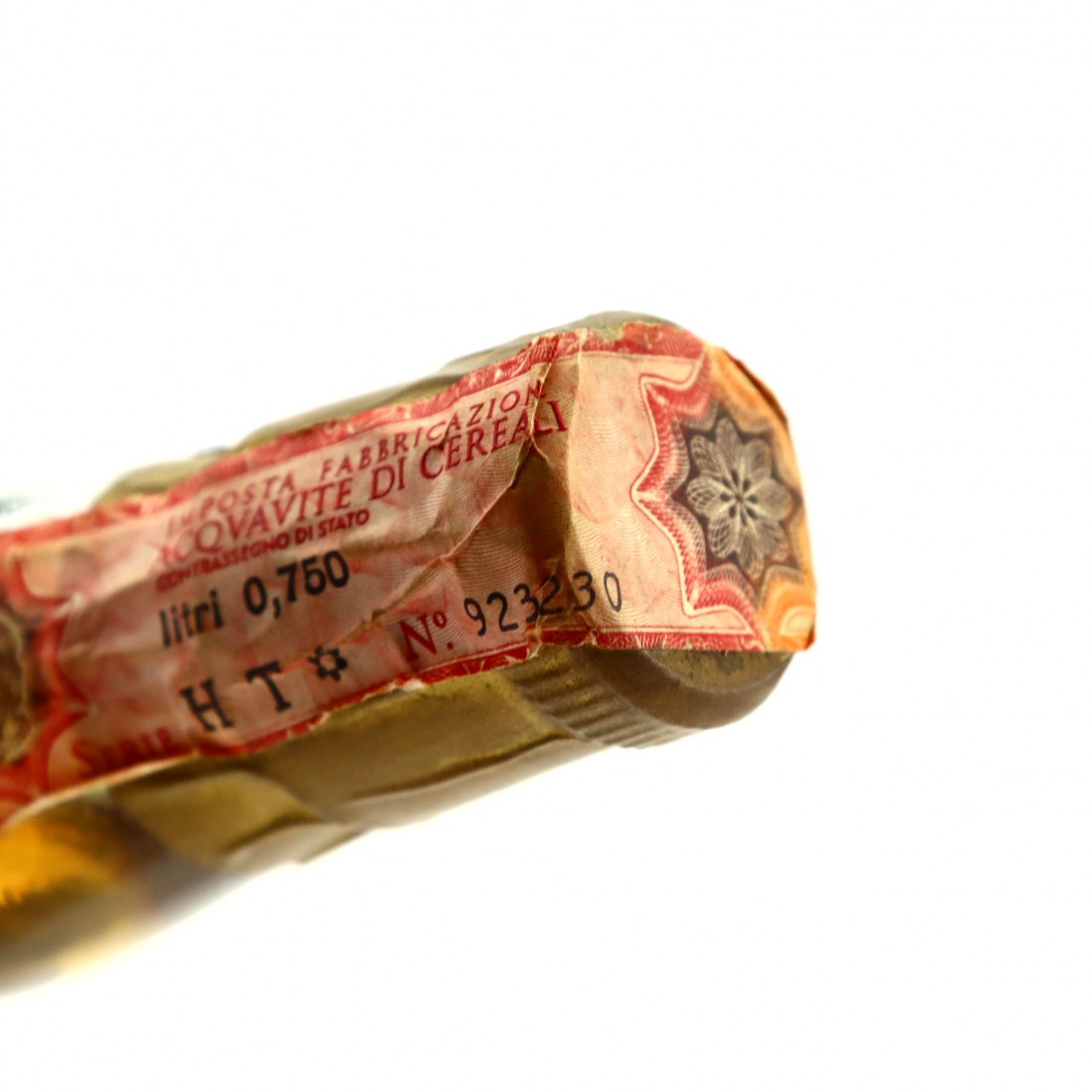 Intertrade was established in Italy in the early 1980s by Nadi Fiori, the owner of the Taverna degli Artisti bar in Rimini. The company was a collaboration with beer distributors, the Turatello Brothers, and the Intertrade name appears on Fiori's bottlings up to around 1989. Fiori selected his whiskies from the Gordon & MacPhail catalogue, but as a collector himself, and a contemporary of his fellow connoisseur countrymen, Silvano Samaroli and Ernesto Mainardi, he knew the importance striking label designs and requested many of his bottlings at cask strength. Whether under the Intertrade, Turatello or High Spirits banner, Fiori's bottlings are some of the most sought after on the market

A spectacular Laphroaig, part of series of similarly labelled releases from Intertrade that contains several sought after 1960s and early 1970s vintages.

This was distilled in 1966 and bottled at cask strength as an 18 year old.