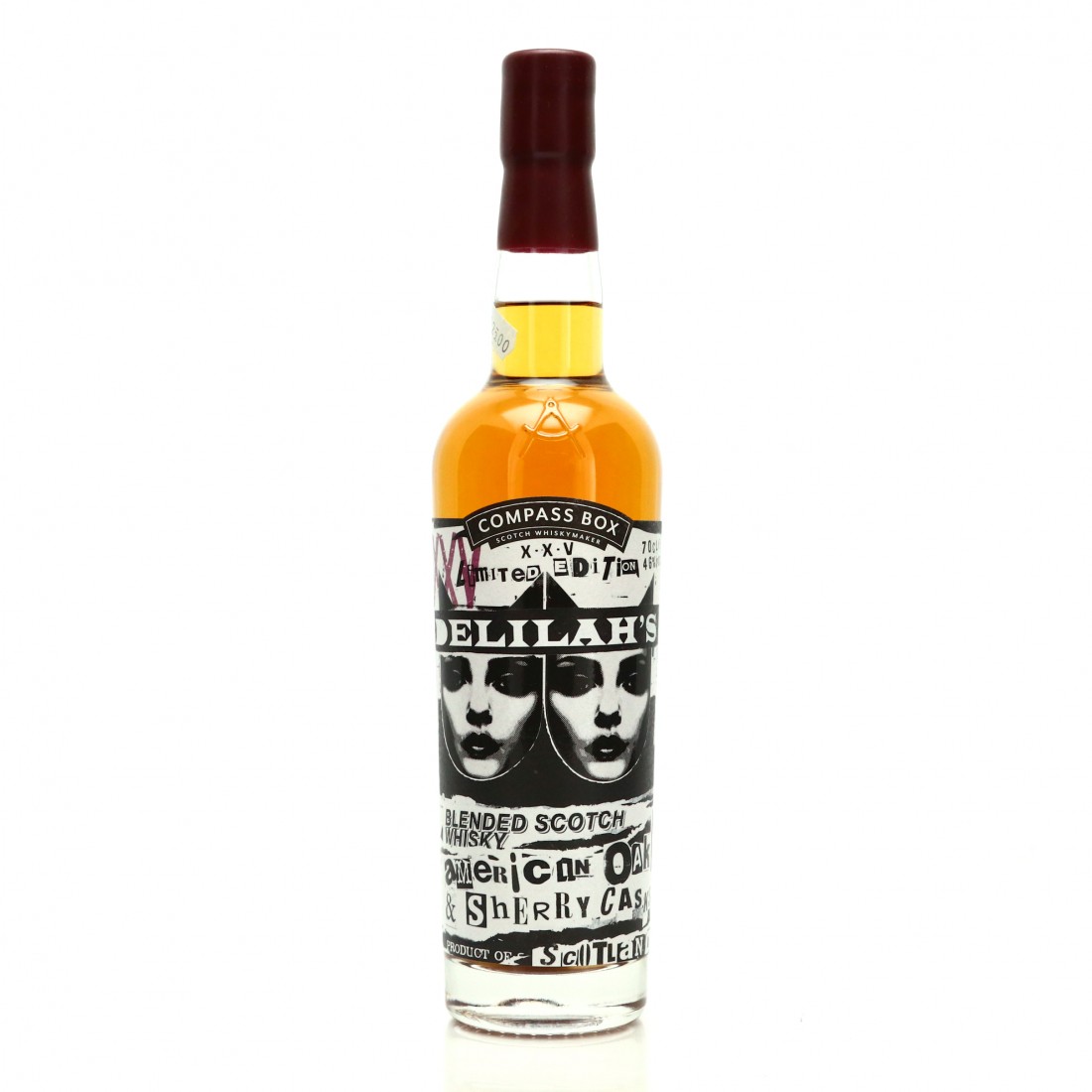 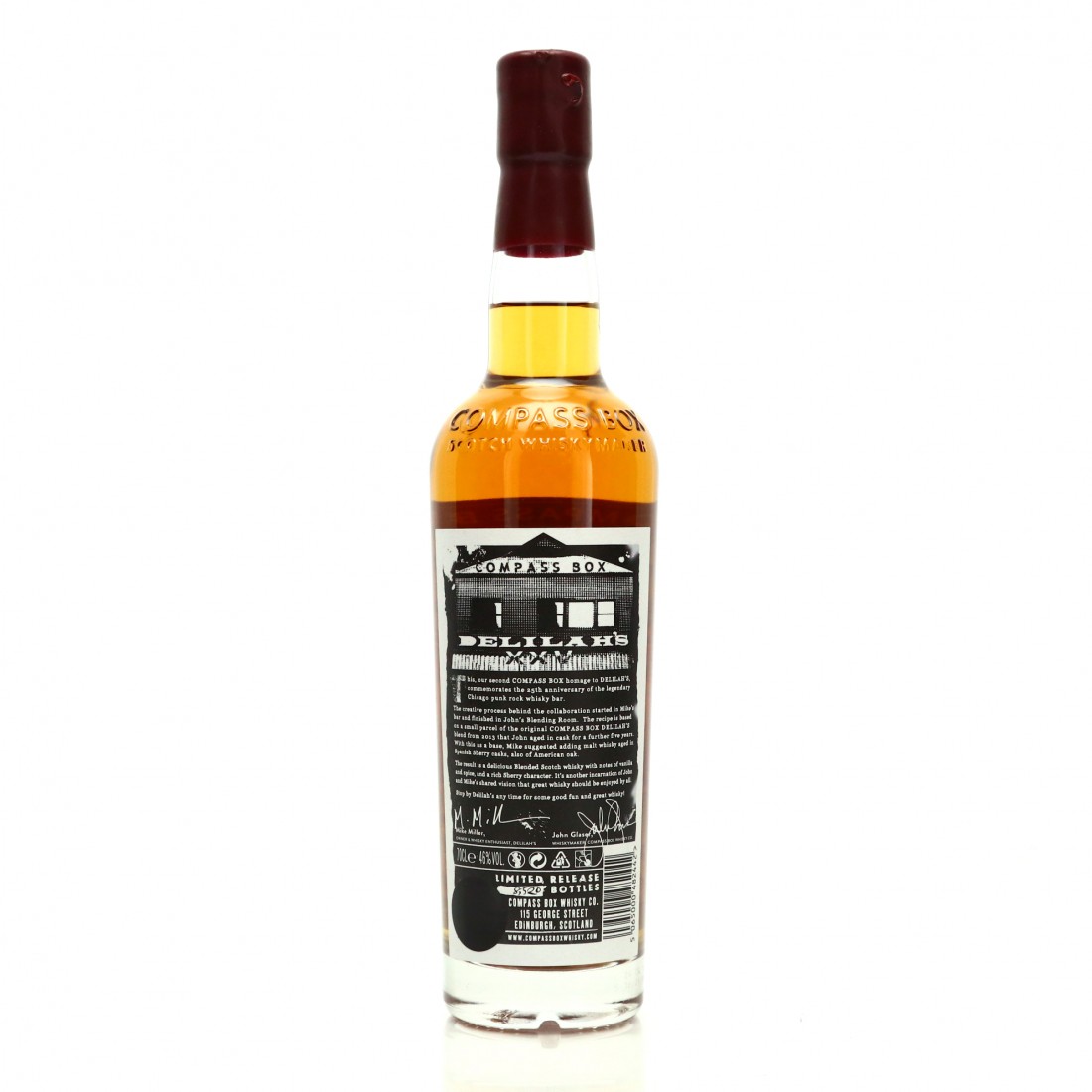 This was the second Compass Box homage to Delilah's, the legendary punk rock whisky bar in Chicago. The first was bottled on the advent of its 20th anniversary in 2013, and this came five years later for its 25th.

The vatting was produced using a small parcel of the original 20th anniversary blend, aged a further 5 years in cask with Spanish sherry oak and American oak matured whiskies added to the mix. One of 8,520 bottles.