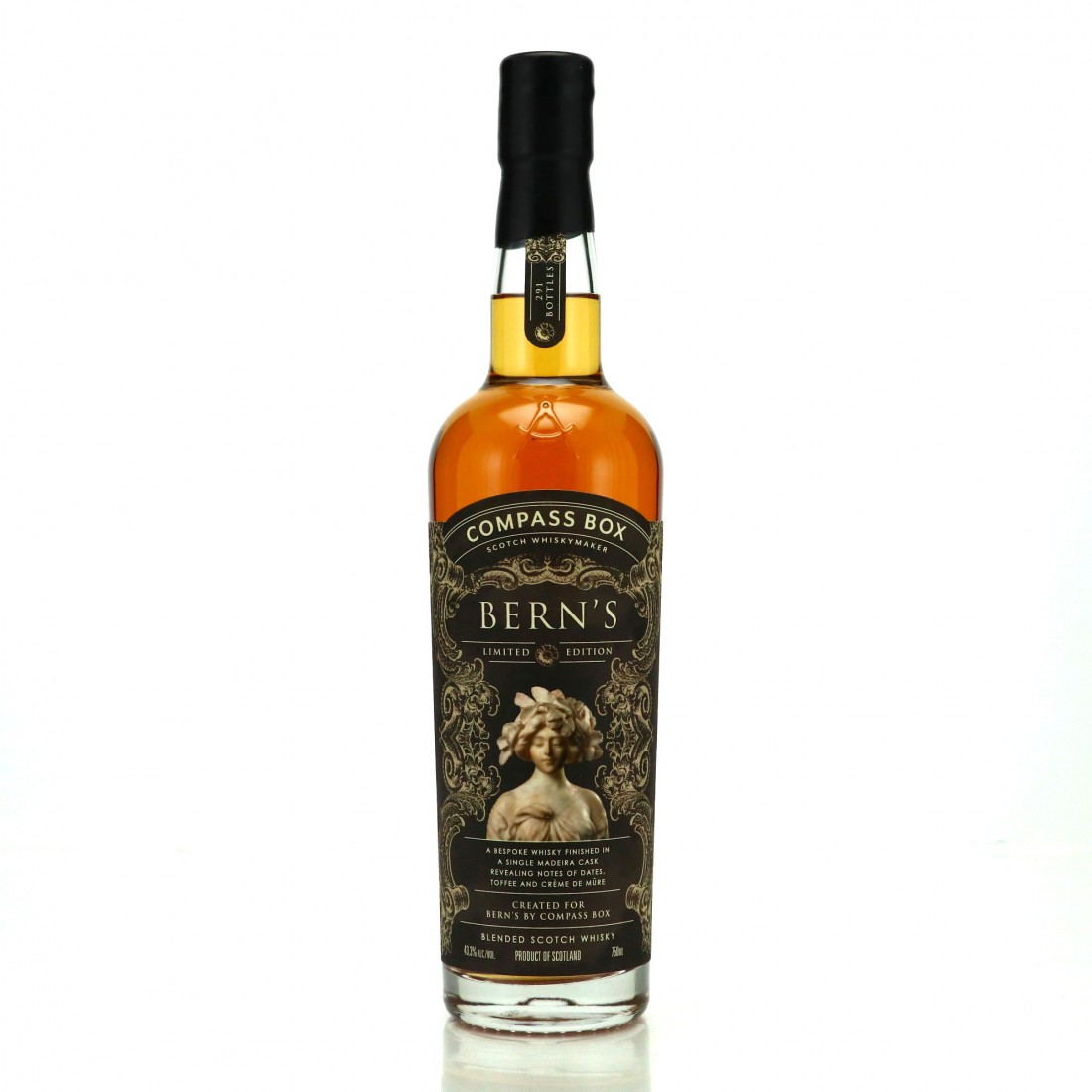 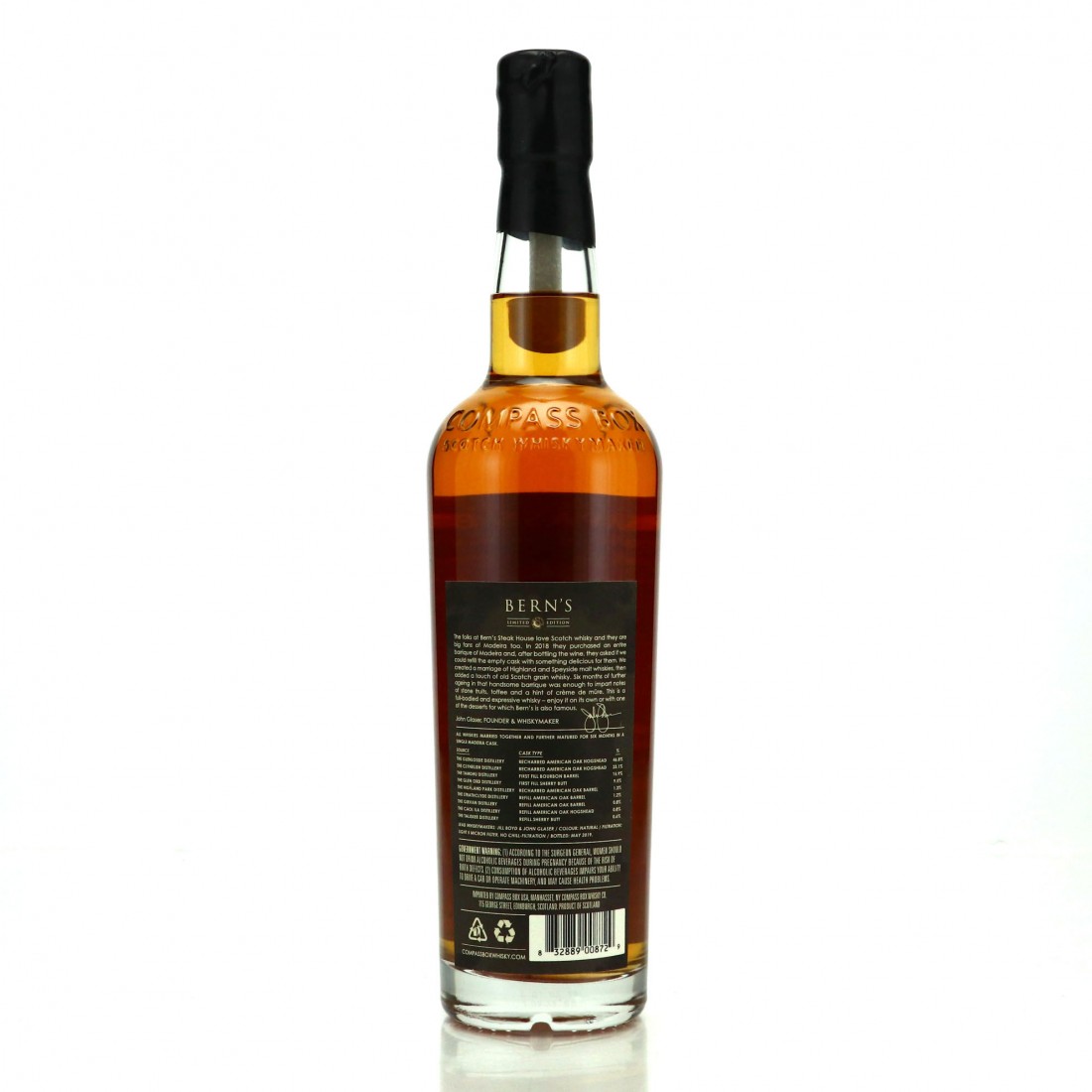 Winning Bid: £800
(Reserve has been met) This lot currently has: 6 bids

An incredibly rare limited edition release from Compass Box which was made exclusive to Bern's Steak House of Tampa, Florida.

This release is made up of the following single malts that were married together and aged in a single ex-Madeira cask for six months: