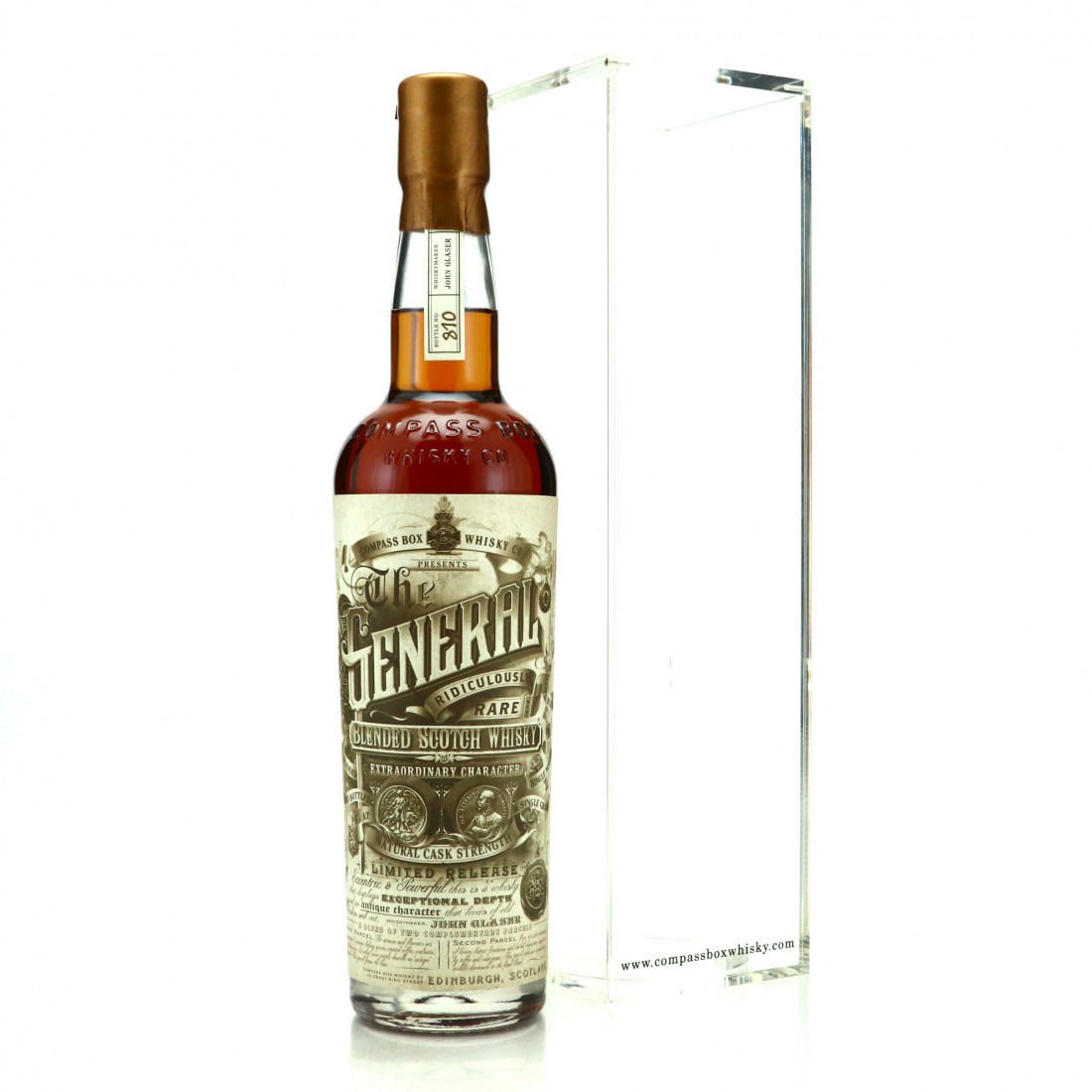 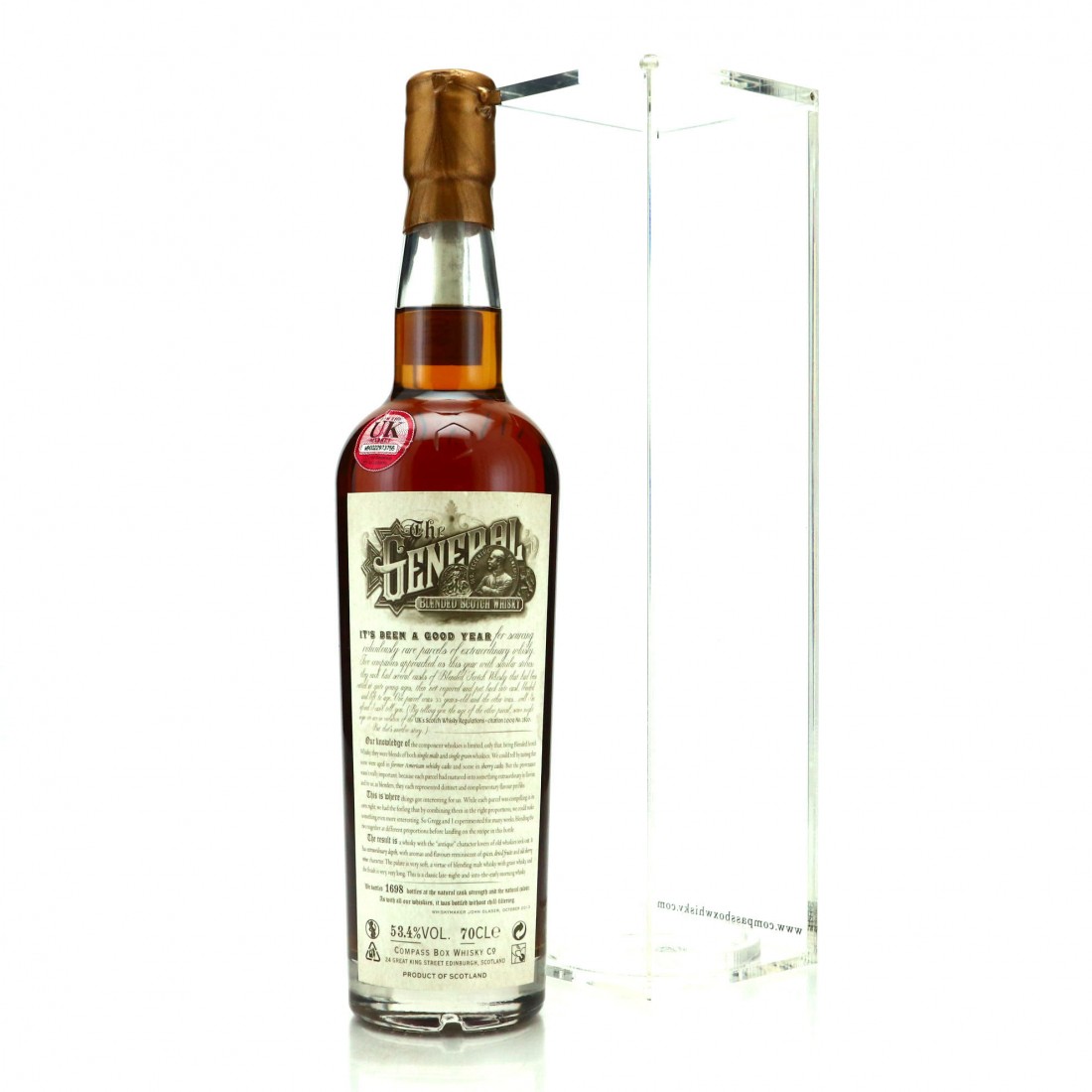 The General was a 2013 limited release blend from Compass Box. The whisky was produced by combining two very well aged casks of blended whisky. Both were blended at a very young age, and not being required for bottling at the time, were placed back into cask. One of the barrels was 33 years old, and the other remains a mystery.

The blends contained whiskies matured in both sherry and American oak casks, and the two barrels were blended again by Compass Box to produced this compelling release.