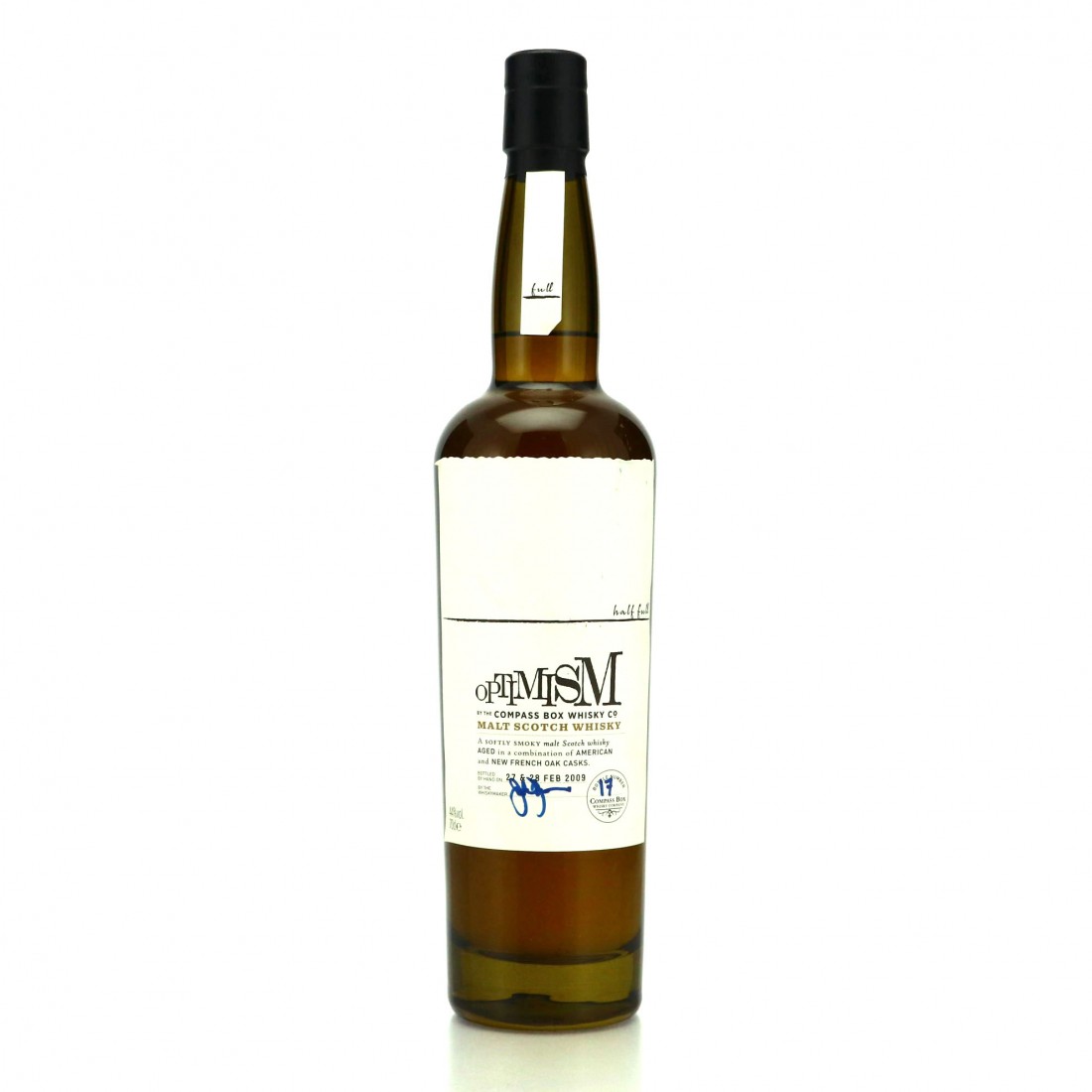 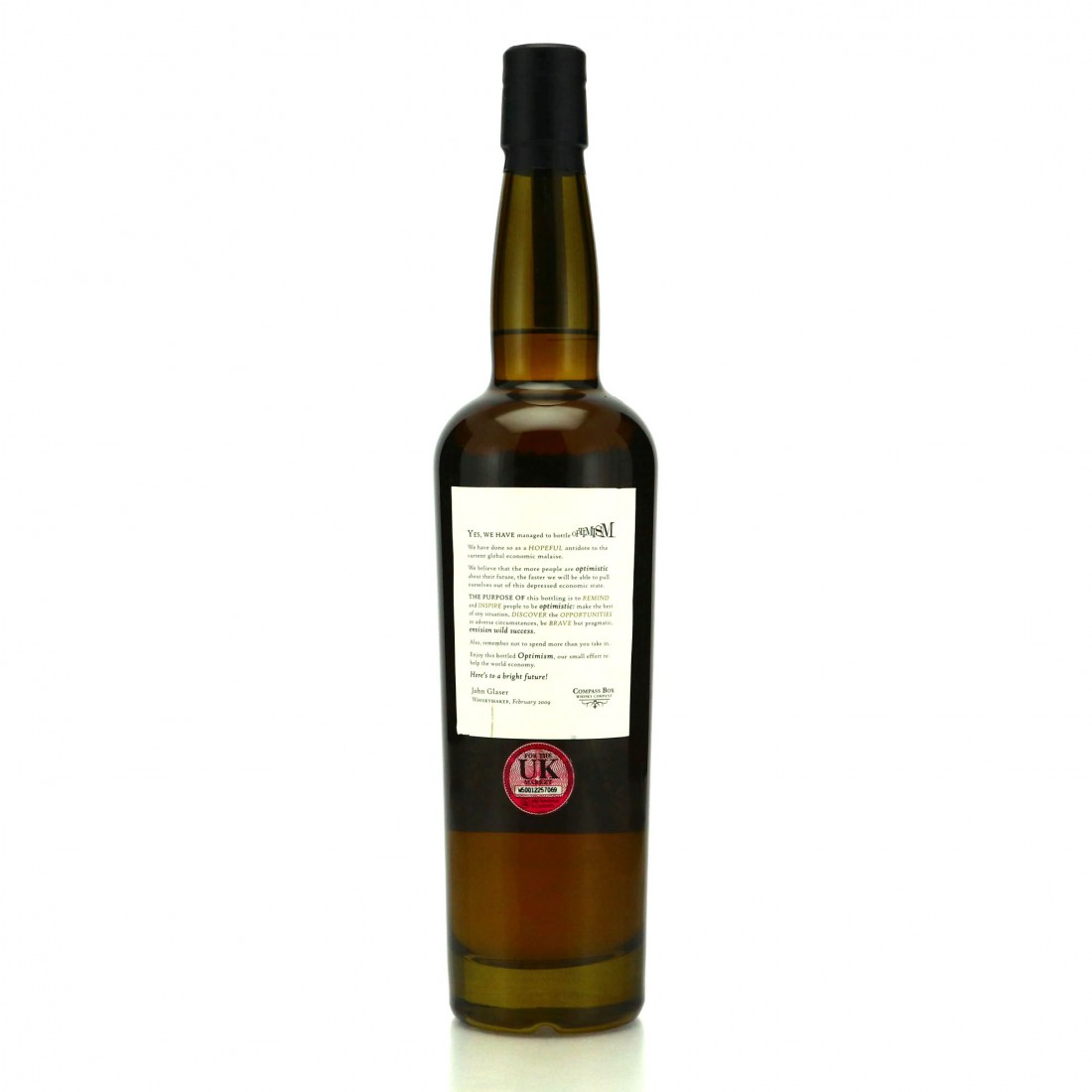 This limited edition Compass Box was released at Whisky Live London in 2009, and according to whisky maker John Glaser, was meant to provide people with some hope during economic crises unfolding at the time. It was aged in a combination of American and new French oak casks.

The quirky label design informs the drinker when the bottle is full, and half full. Only 163 of these were bottled by hand across the 27th and 28th of February 2009.