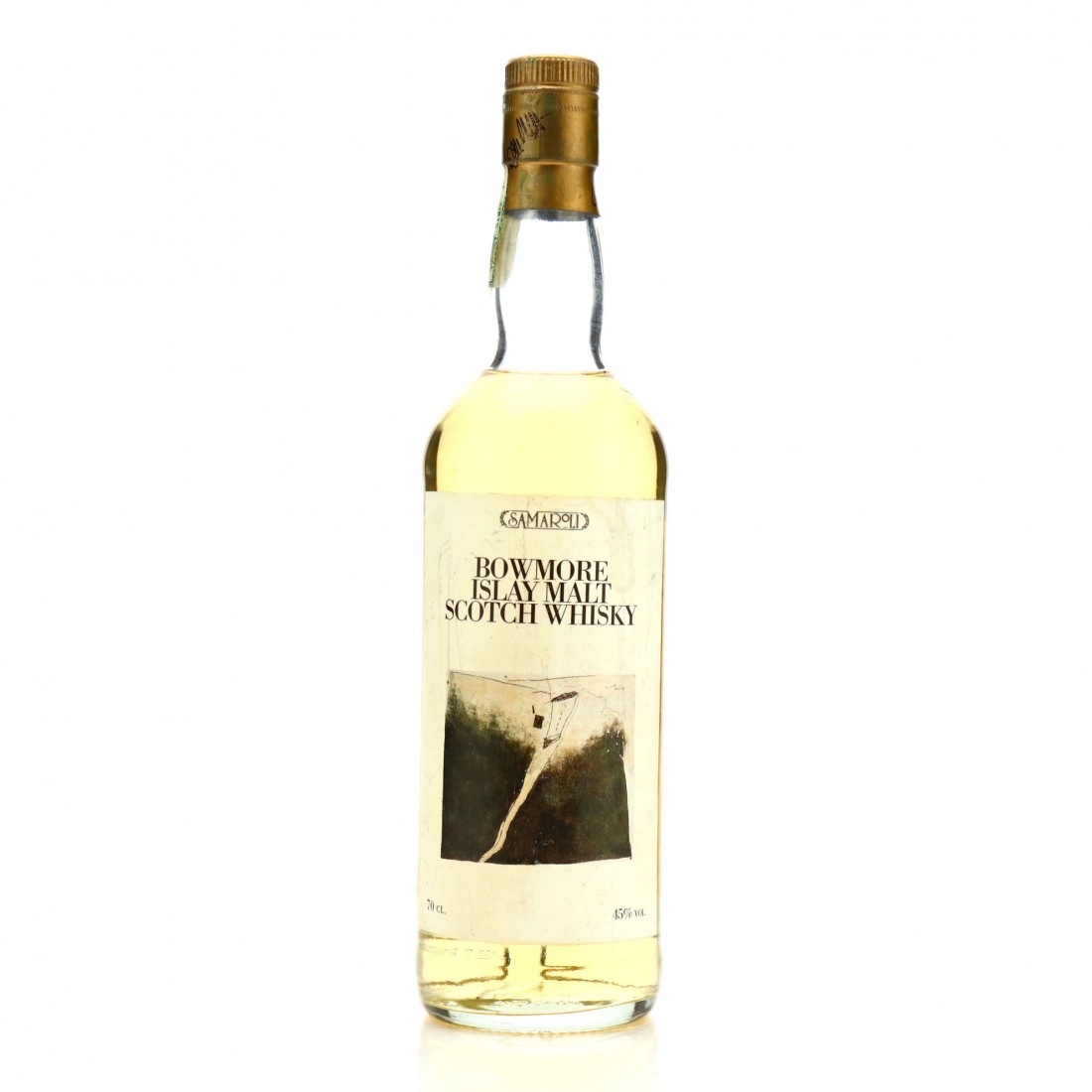 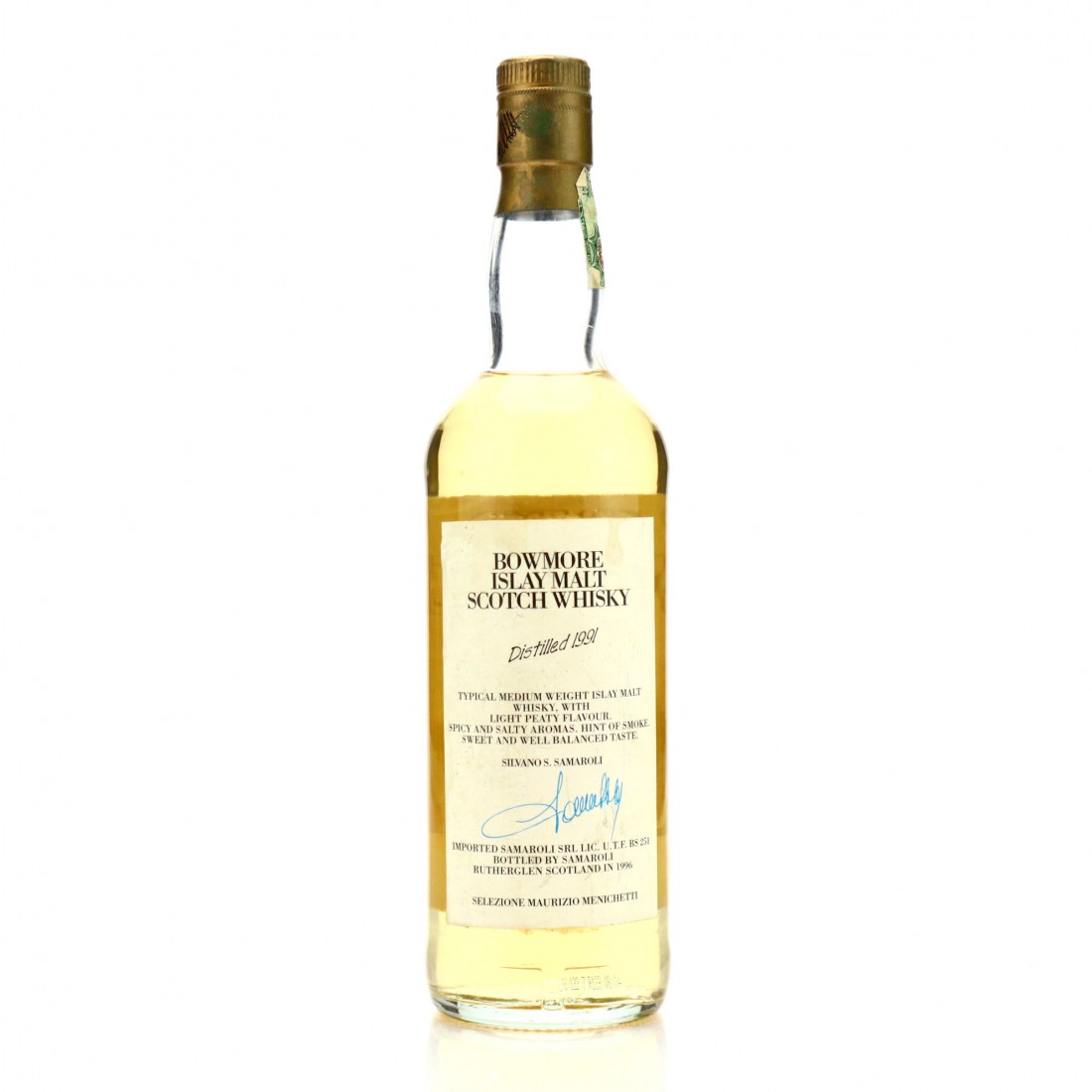 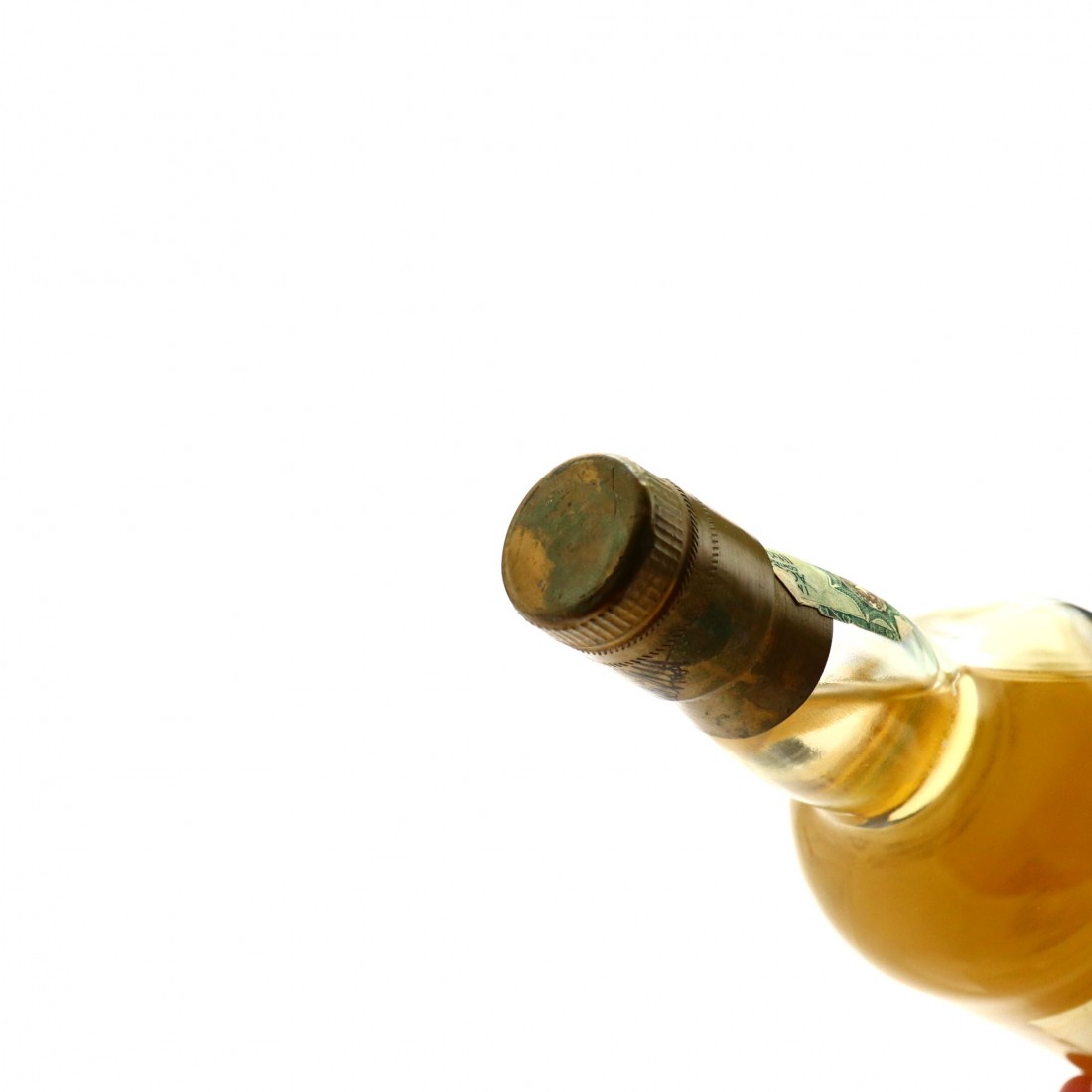 A very youthful bottling of Bowmore from Samaroli, distilled in 1991 and bottled in 1996. Silvano Samaroli was a big proponent of experimenting with young and un-aged single malt. The latter he referred to as New Filling Malts, which was his response to his country's love of grappa, the popularity of which had always confused him. He believed these under 3 year old single malts were a superior alternative. This 5 year old was selected specially by Maurizio Menichetti, and reflects the Italian love affair for young single malt, championed there in the 1960s by one of Silvano's peers, Armando Giovinetti in the 1960s (again as a response to the palate preferences of his grappa loving countrymen).

The label features the same artwork used for the sought after Fragments of Scotland series, each of which were prints of Agostino Perrini paintings, many of which were in Salvano's personal collection.