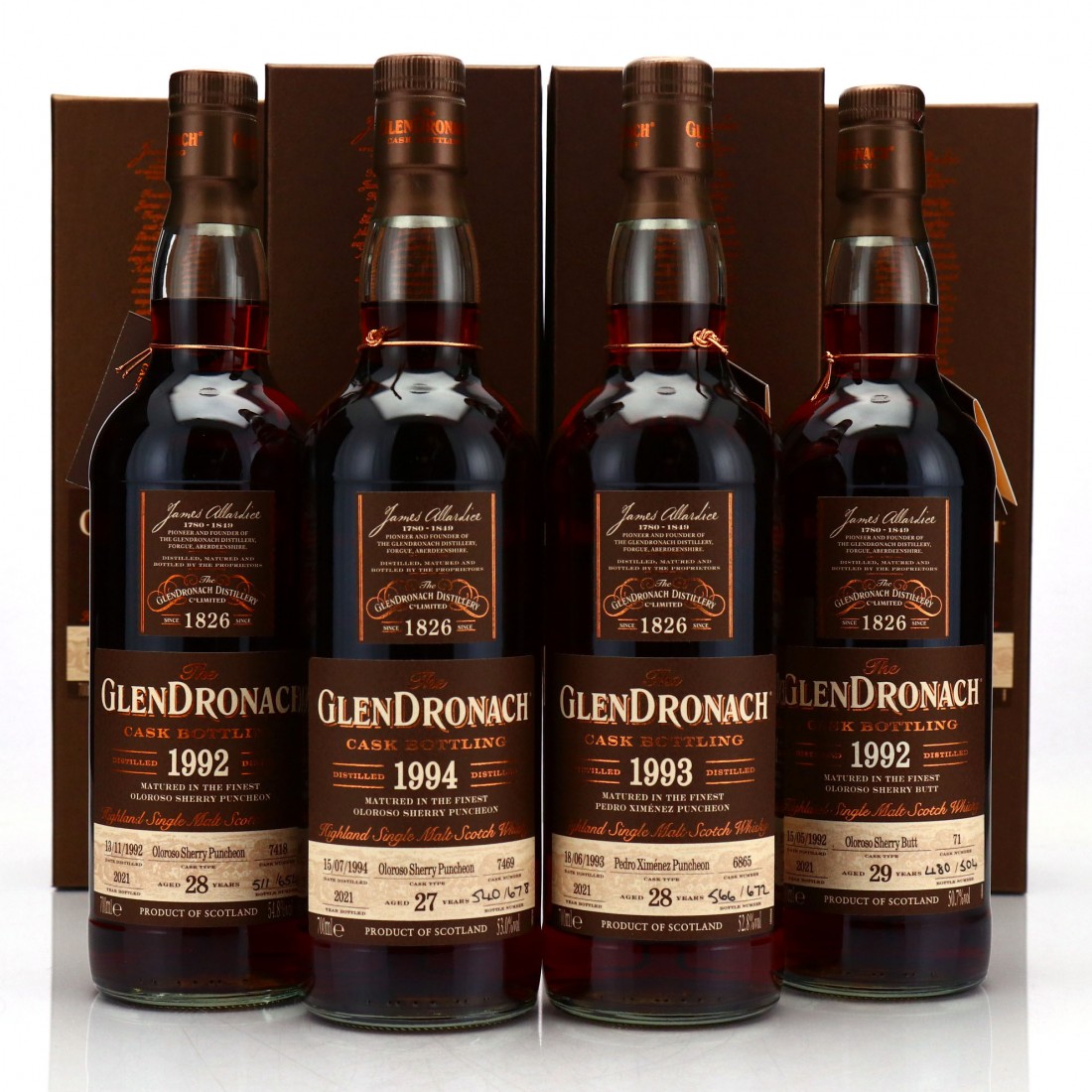 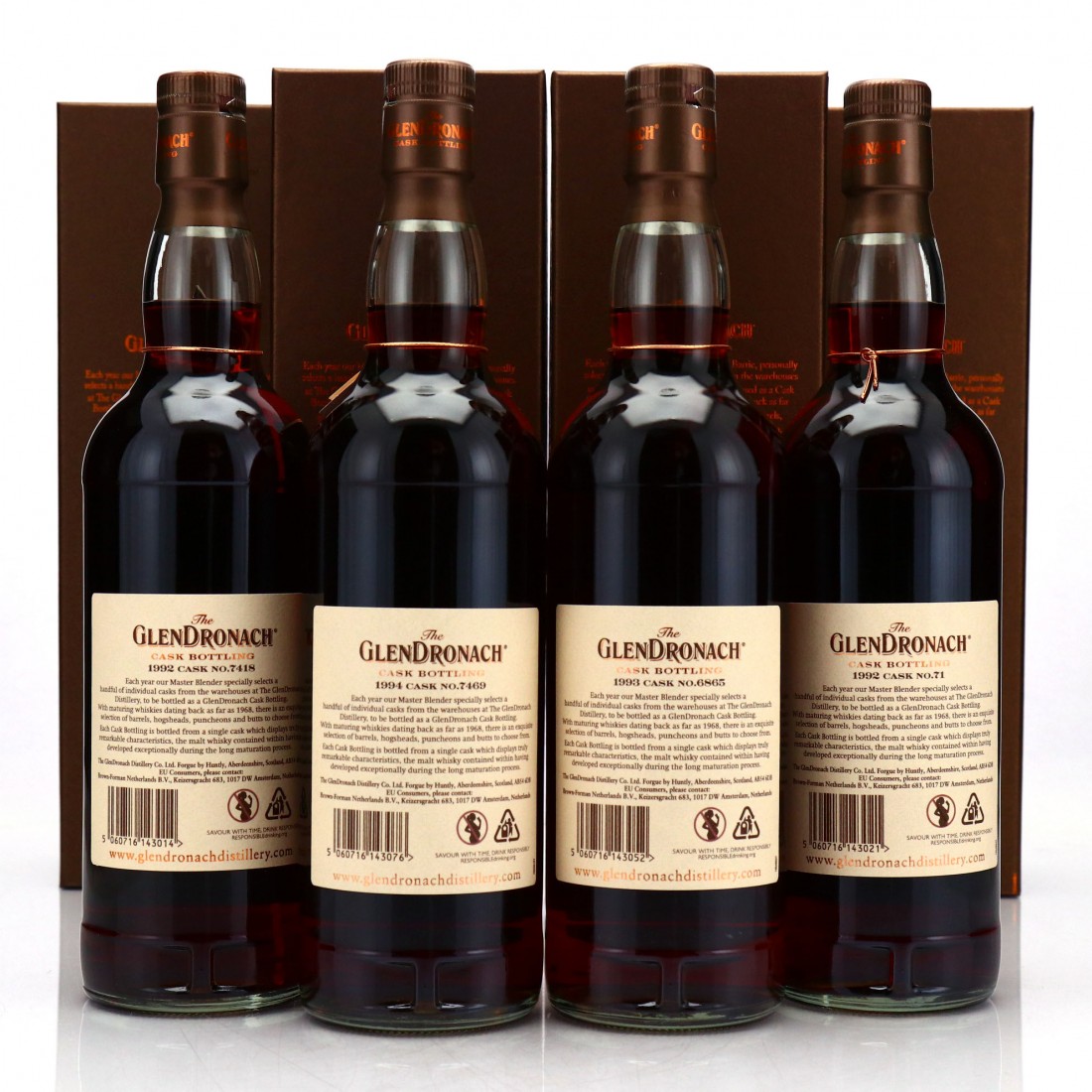 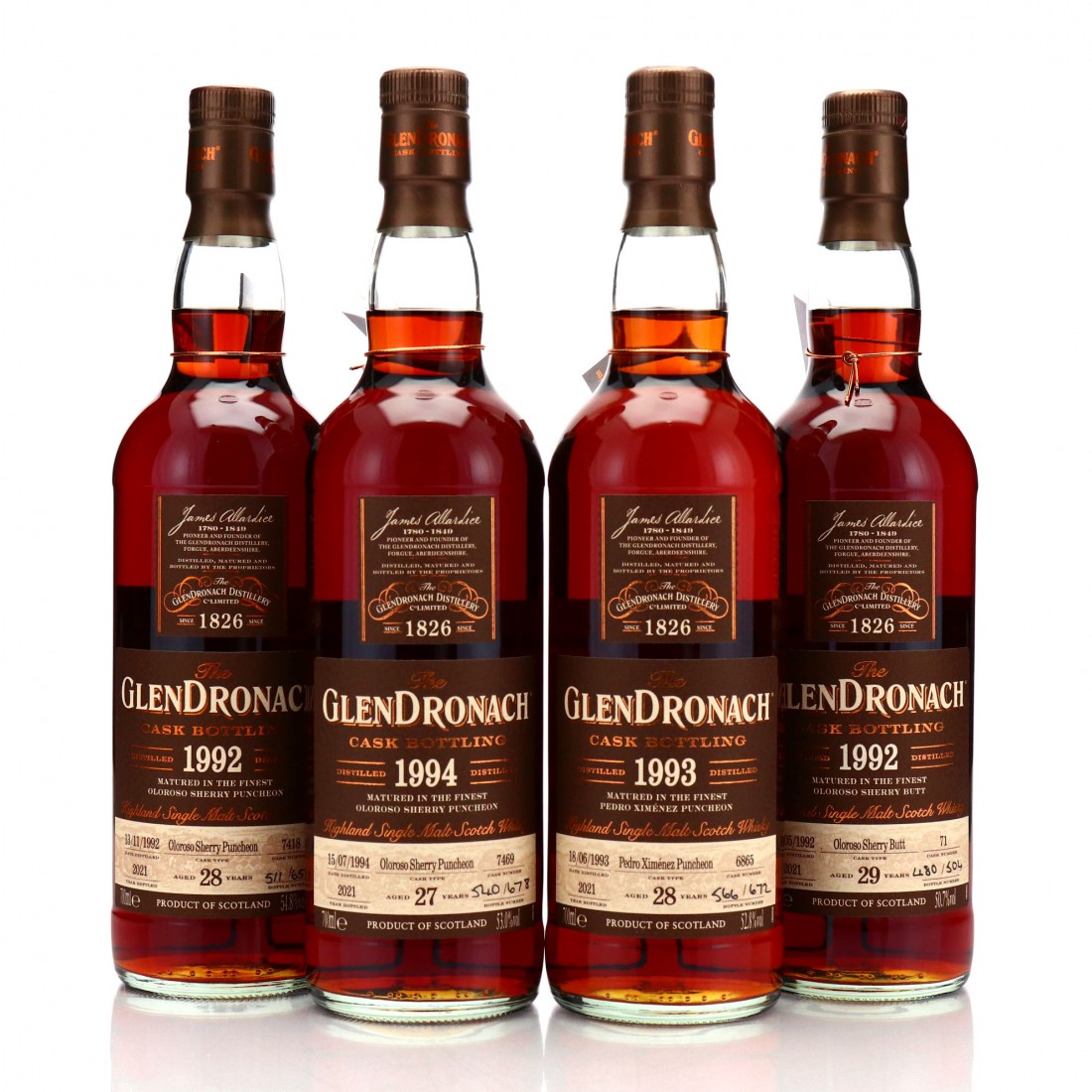 The following four bottles are from the 19th batch of Glendronach's famous single cask range. They were released in 2021.

This lot will include a four bottle shipping fee.