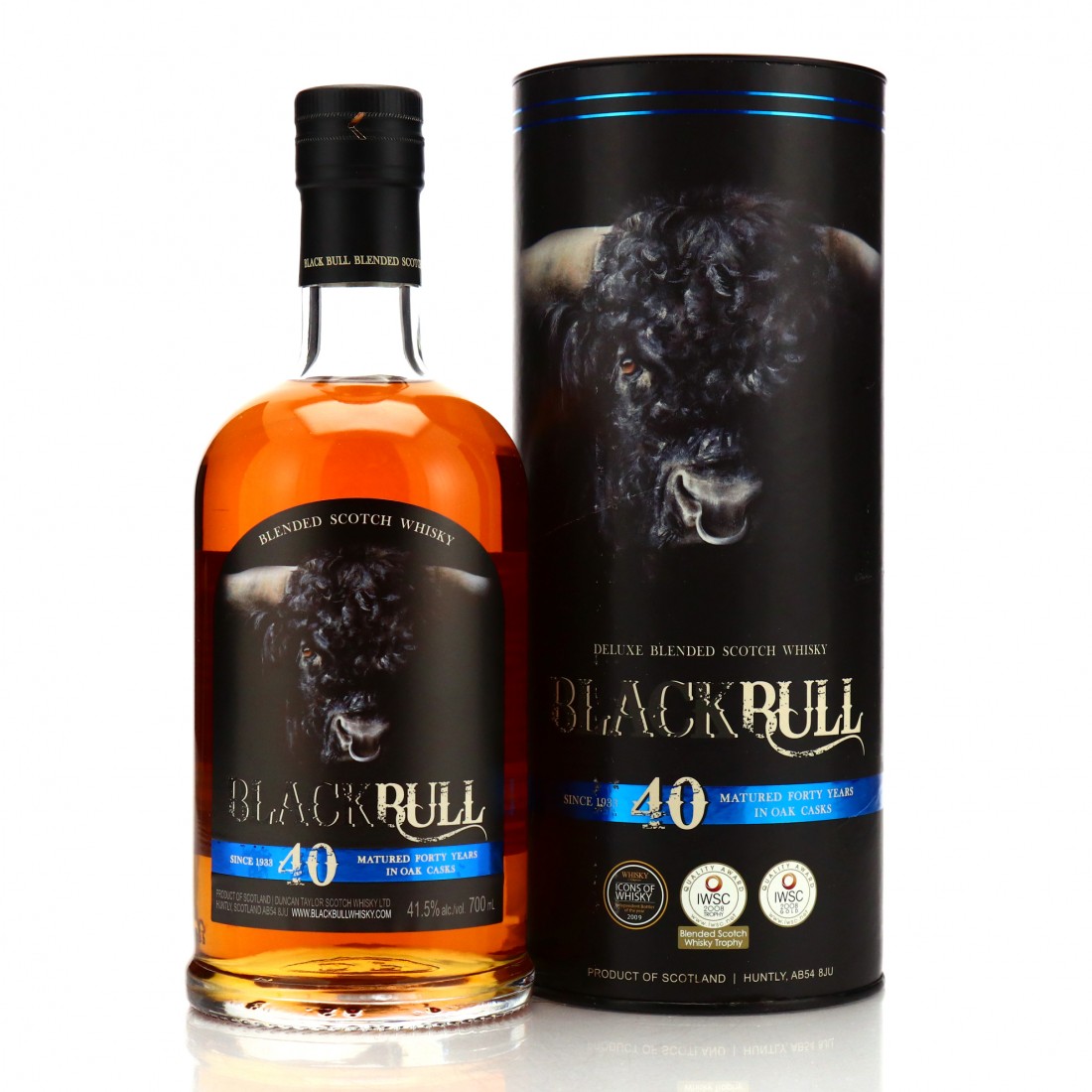 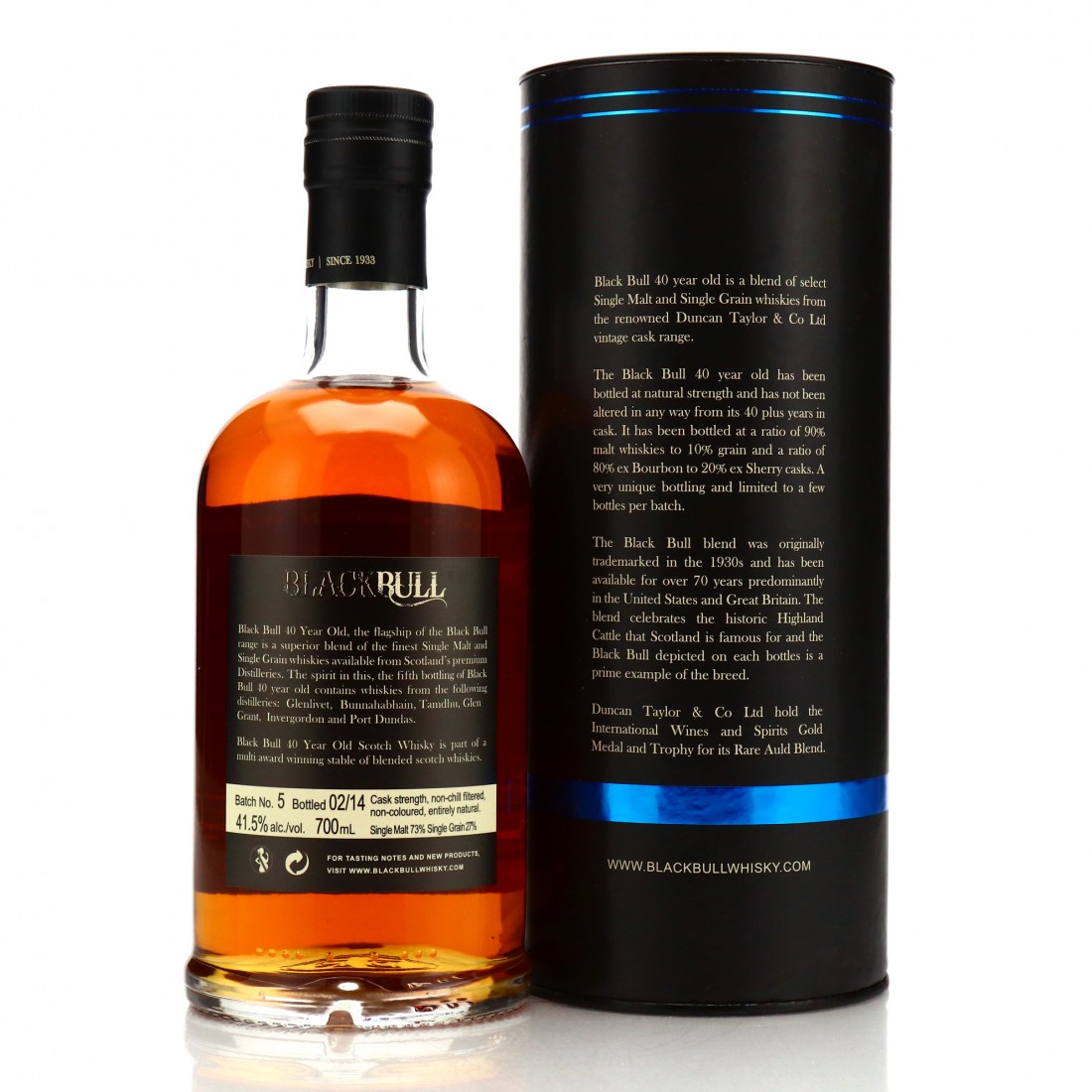 Released in 2014, this is the fifth release of 40 year old Black Bull, a premium blend produced by Duncan Taylor.

With an impressive malt to grain ratio of 73:27, this iteration of the flagship forty year old contains Glenlivet, Bunnahabhain, Tamdhu, Glen Grant, Invergordon and Port Dundas.