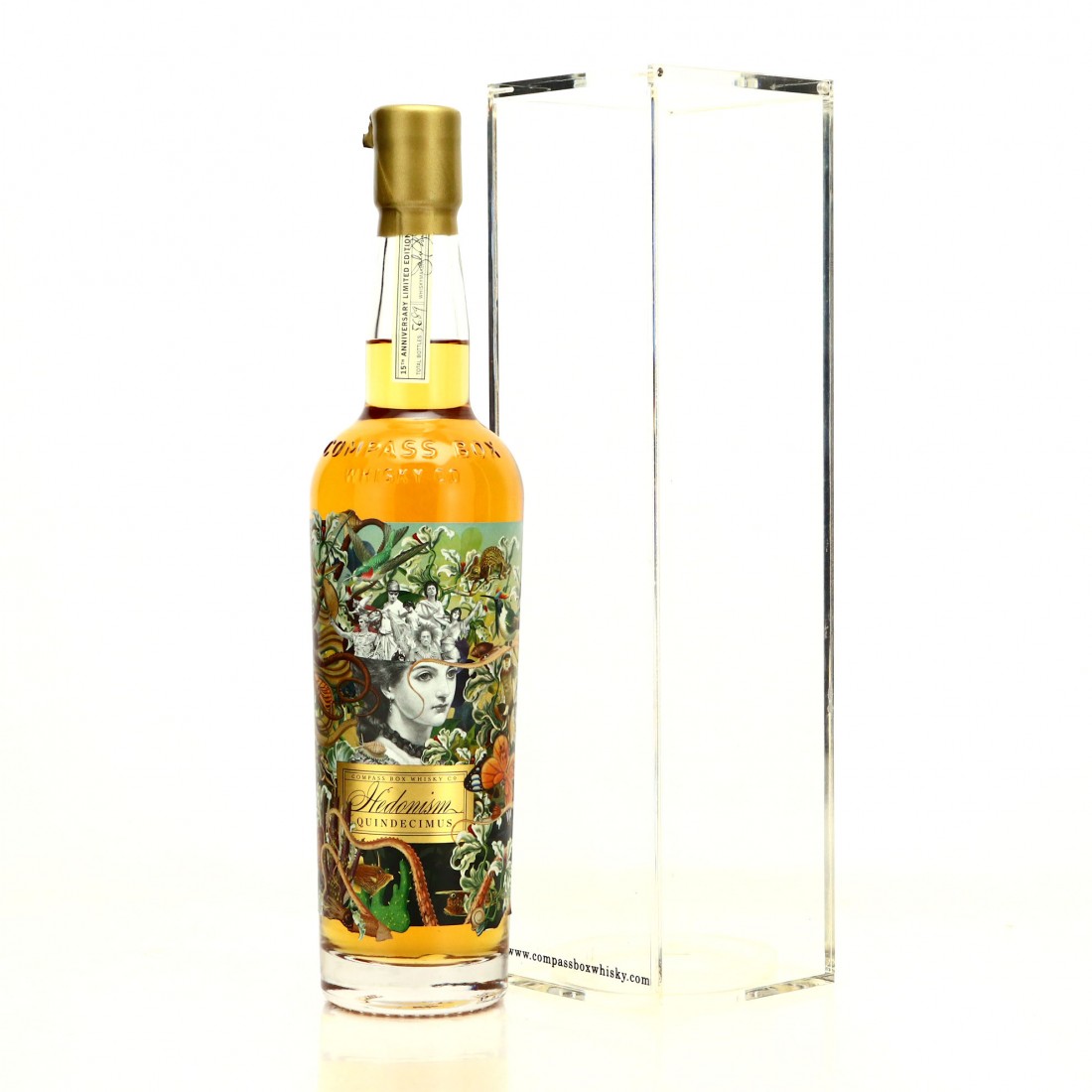 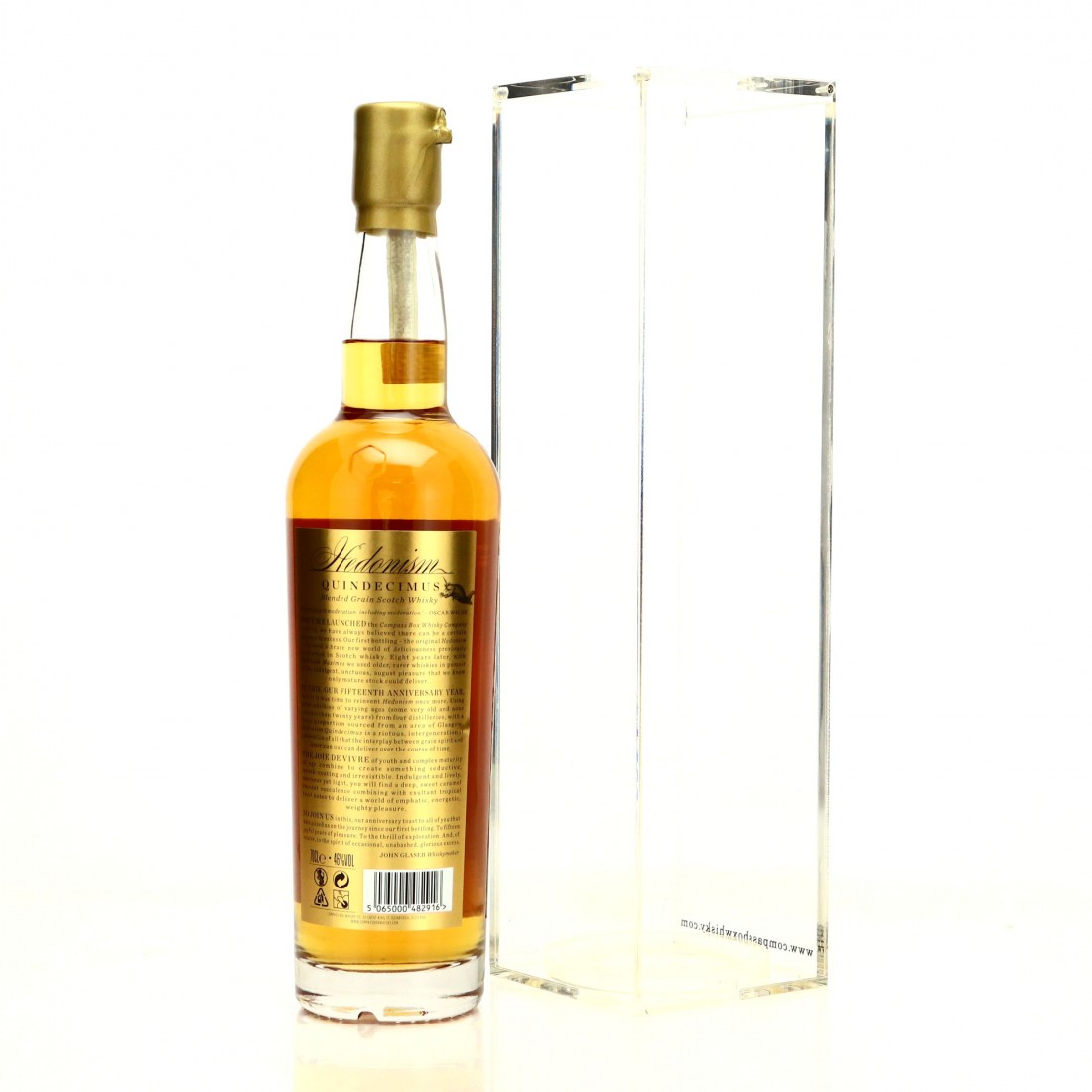 This was a 2015 limited edition bottling from Compass Box to mark both the 15th anniversary of the company and their first release, Hedonism.

Hedonism debuted in 2000. It was unusual at the time (and even now) for its make-up of only single grain whiskies, inspired by John Glaser's love of the lesser-seen cousin of single malt Scotch.

The recipe for batches of the blend vary, and the precise components of each are available upon request from the company. This one contains whisky from four distilleries.