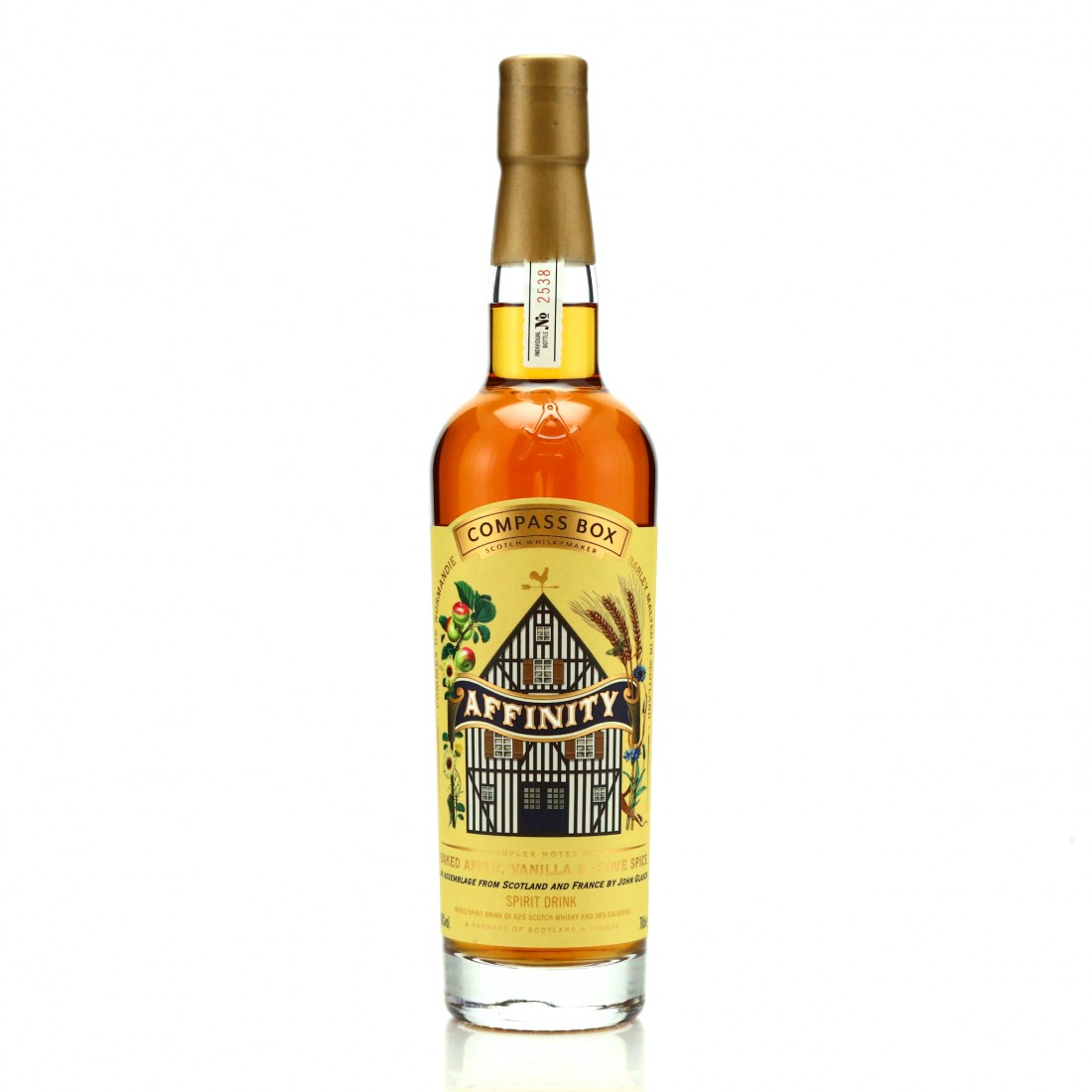 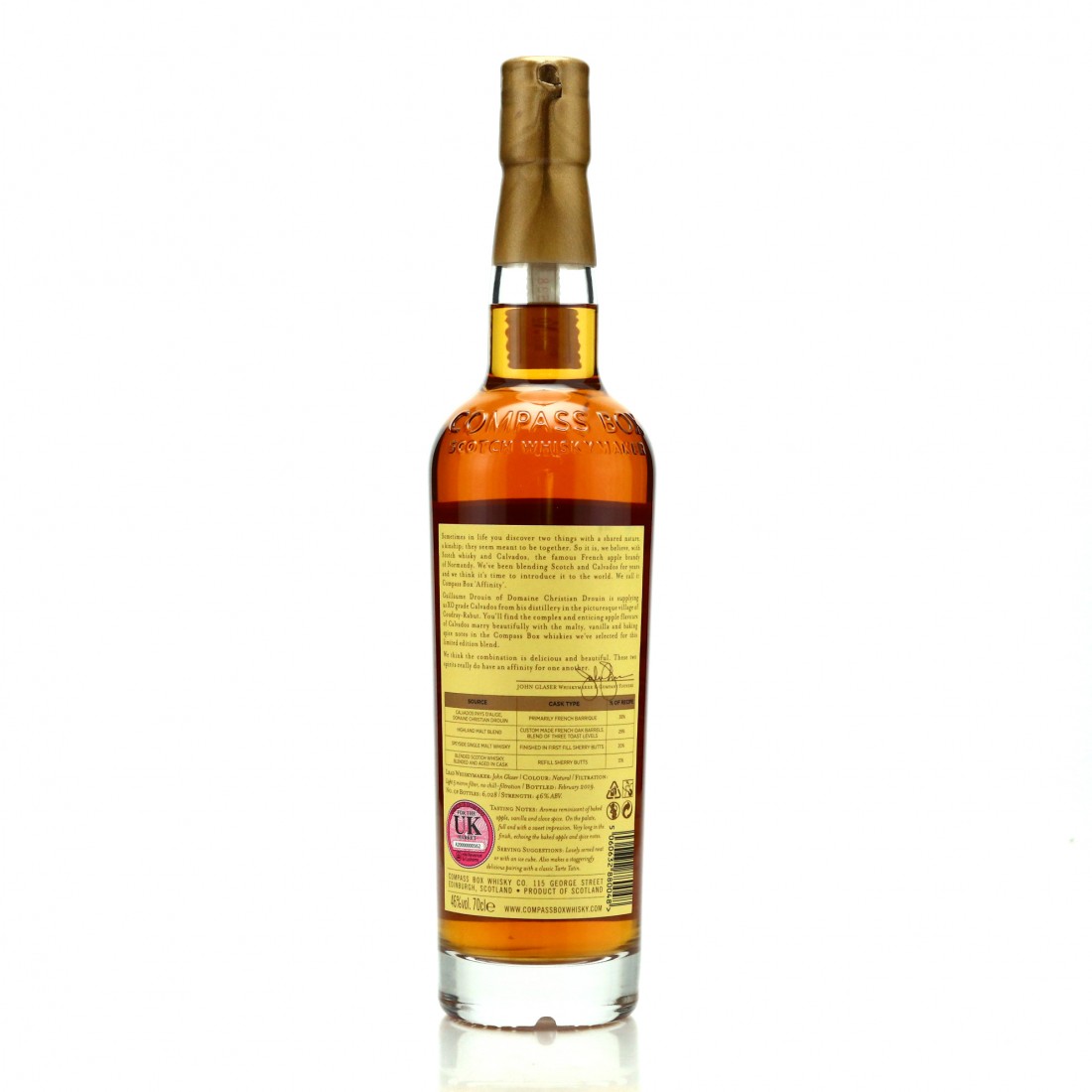 A 2019 limited release, Affinity is an unusual blending of XO grade Calvados from Domaine Cristian Drouin with Compass Box whiskies.