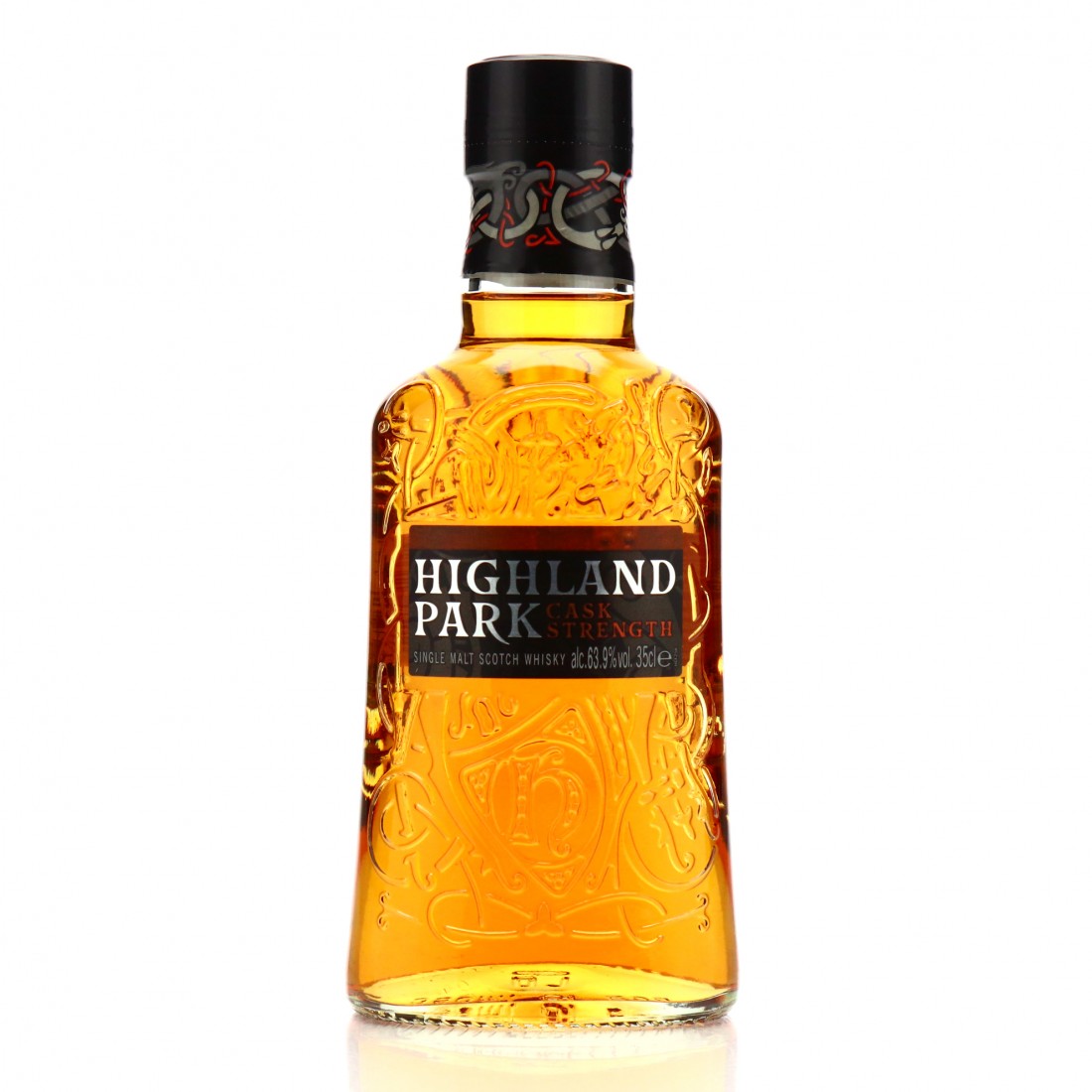 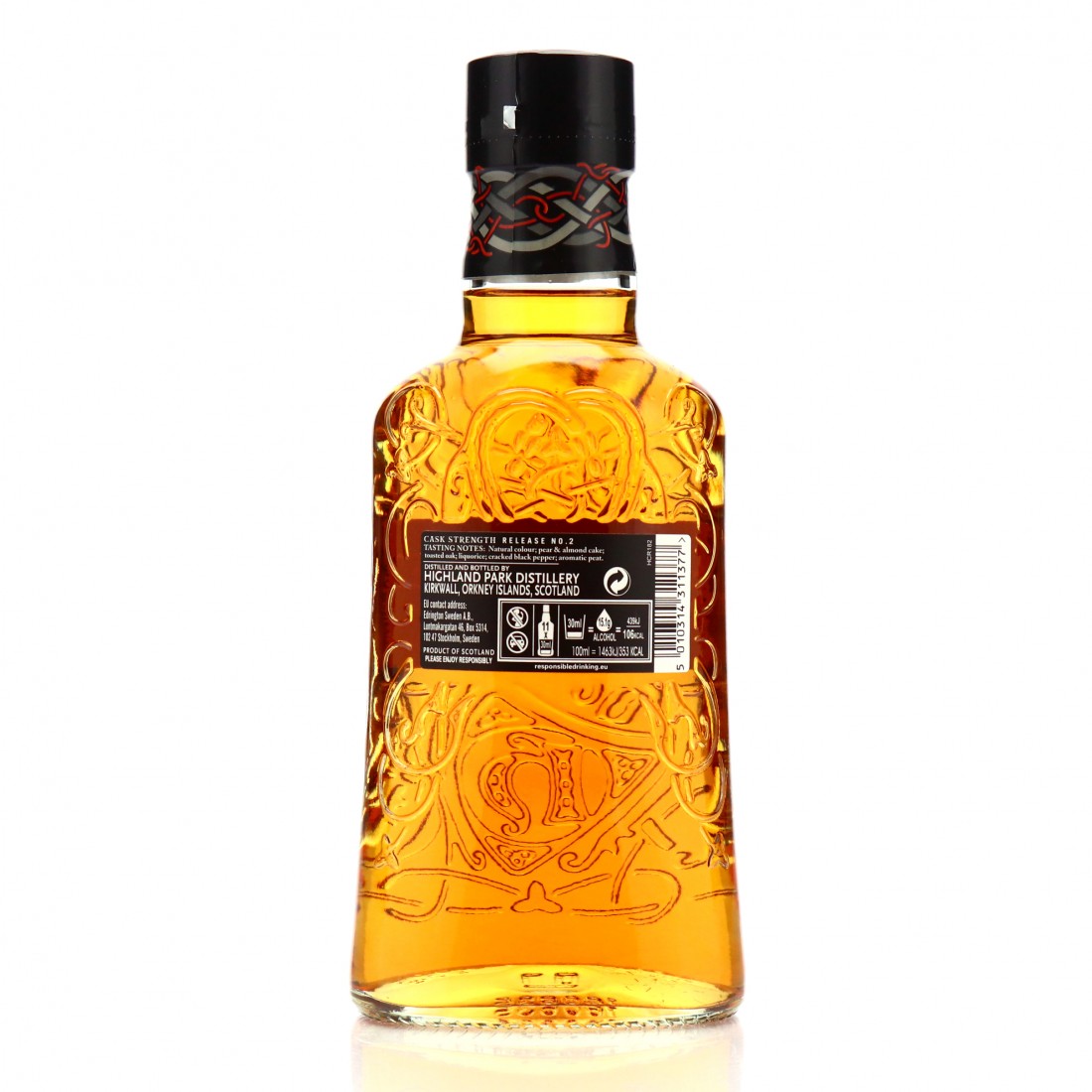 A half bottle of Highland Park Cask Strength in the Viking themed livery.