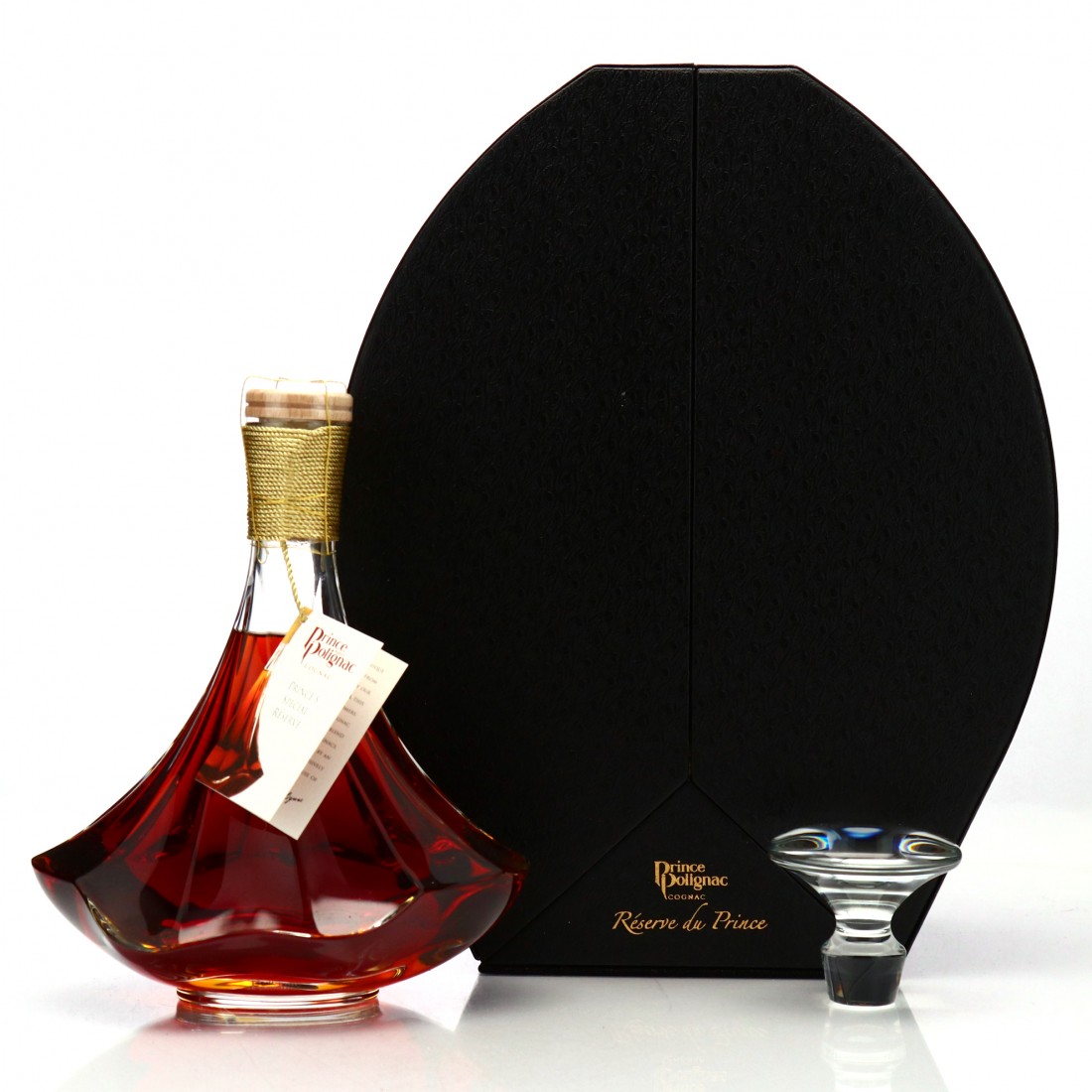 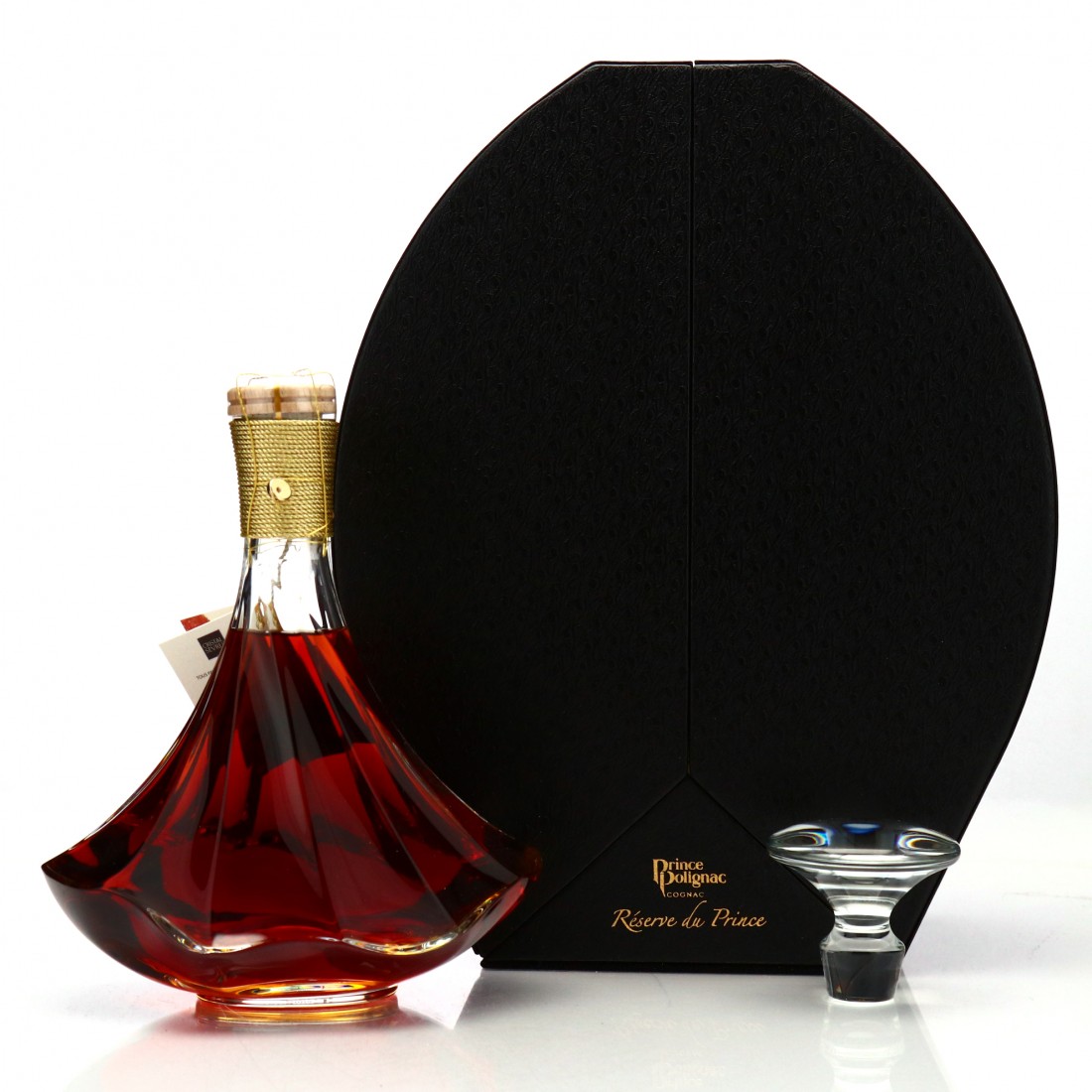 This incredible cognac takes its name from one of the oldest noble families in France, members of which included Countess Yolande de Polignac (an associate of Marie Antoinette), Cardinal De Polignac (French ambassador to Rome and Poland) and Prince Jules de Polignac (cabinet minister to Charles X). It would be their descendant Prince Hubert de Polignac who would allow his name to be carried on wines produced by Mounier in 1947.

Only the finest eaux-de-vie from the Grande Champagne region were used for this bottling. Included in the blend are cognacs aged for over a century. It is presented in a hand made Sèvres crystal decanter and the release claimed a Gold Medal at the 2007 International Wine & Spirit Competition.