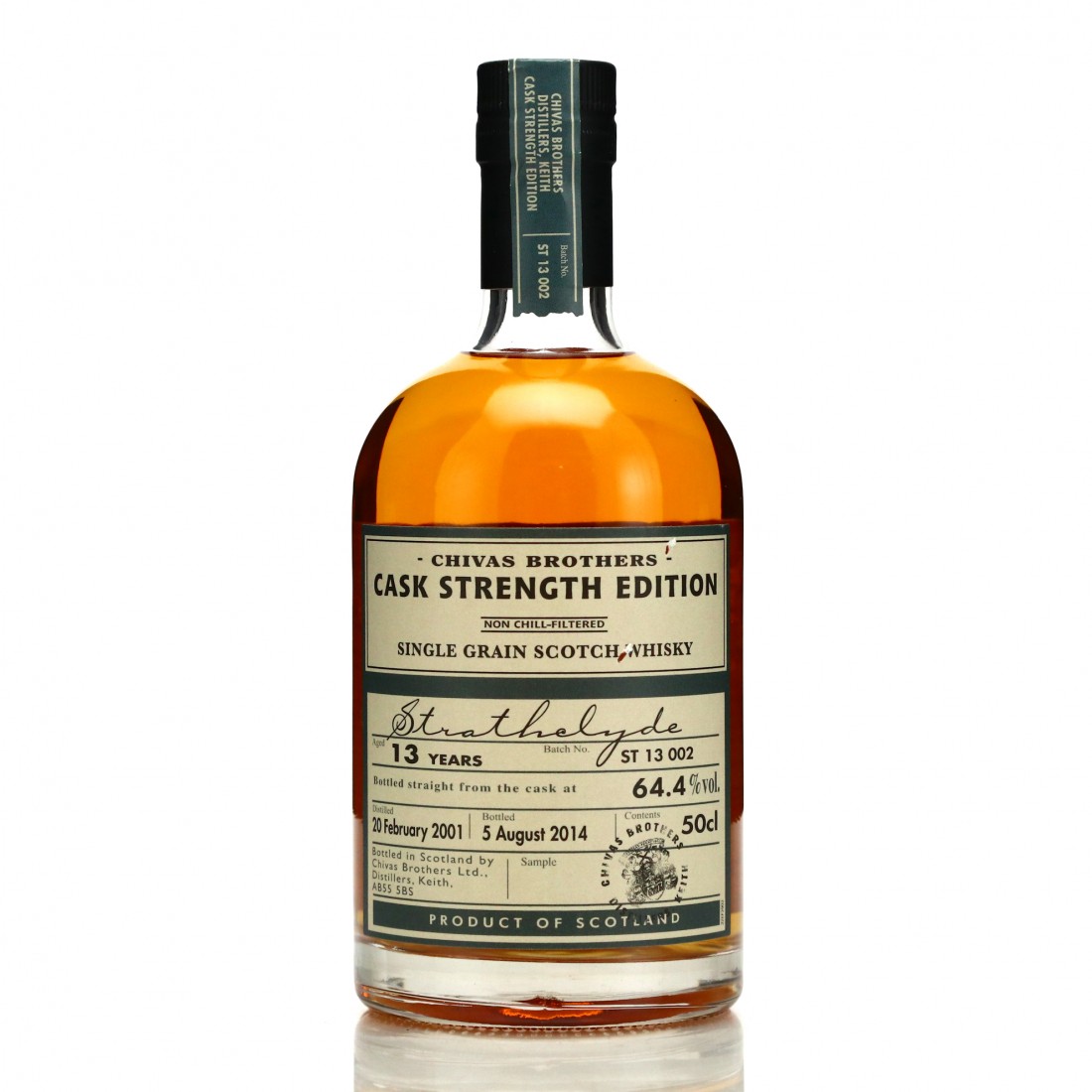 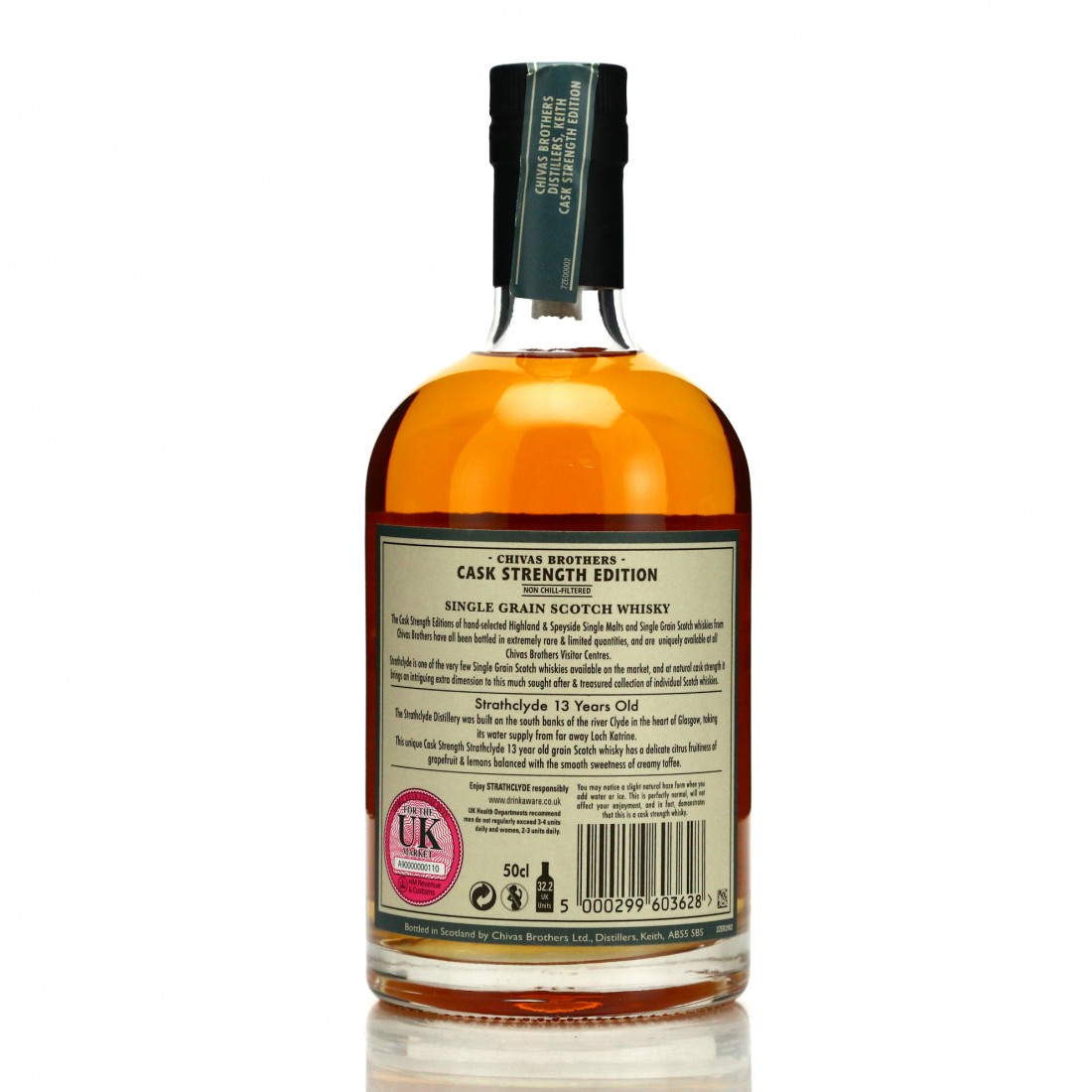 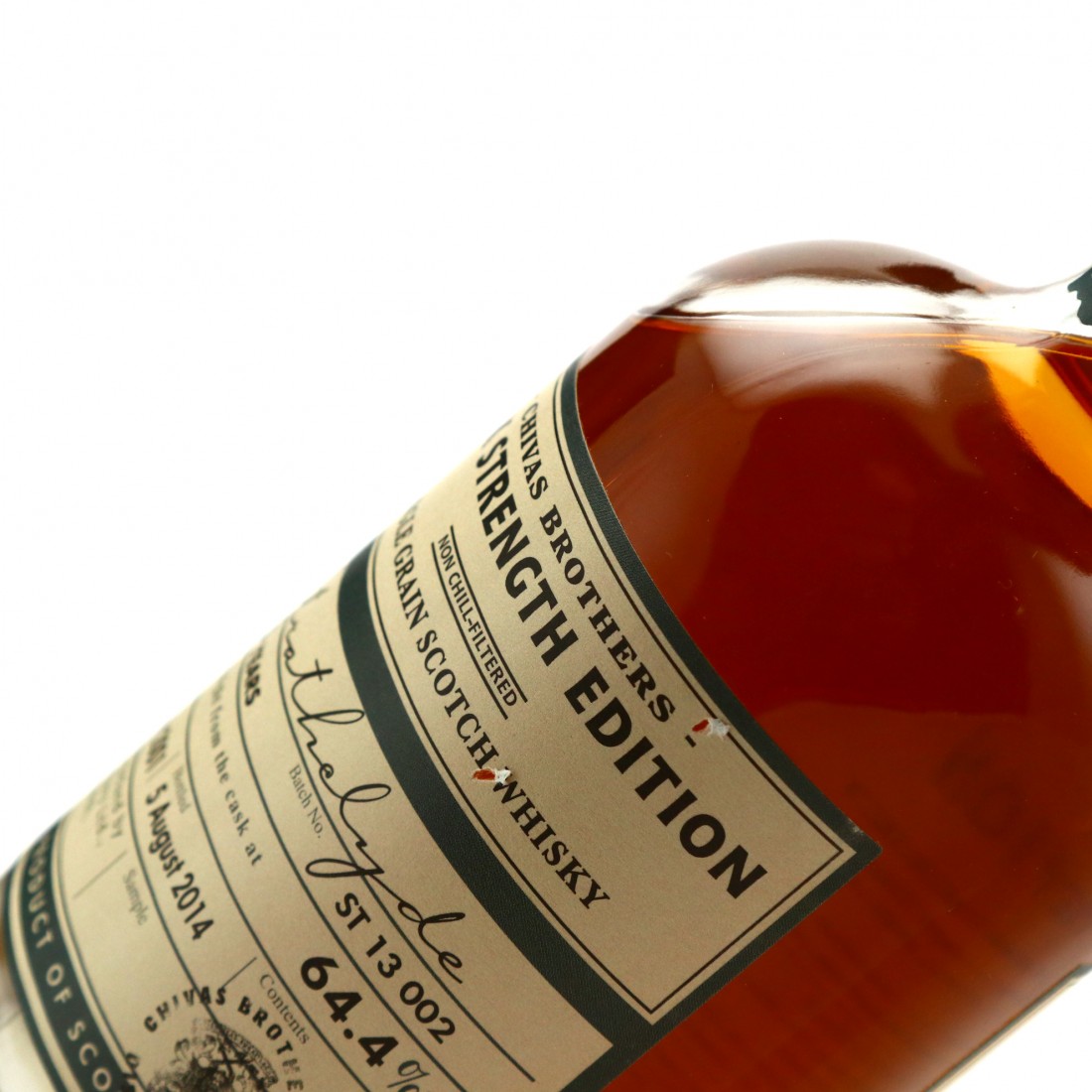 Strathclyde distillery is located in the Gorbals district of Glasgow, and was built in 1927 by London-based distillers, Seager-Evans, in order to supply grain neutral spirit for its gin. The company bought into the whisky business 9 years later, acquiring the Long John brand, the popularity of which saw a small malt distillery hidden within the large grain plant between 1957 and 1975, known as Kinclaith. The distillery was expanded in the 1970s under the watch of American giants, Schenley, and passed through the hands of Whitbread to Allied Distillers. Nowadays it is part of the Pernod-Ricard group, and since the closure of Port Dundas, is the last grain distillery in Glasgow.

This limited edition bottling was distilled in 2001 and aged for 12 years before being bottled at cask strength. Part of a series of exclusive releases, available only from Chivas Brothers distilleries.