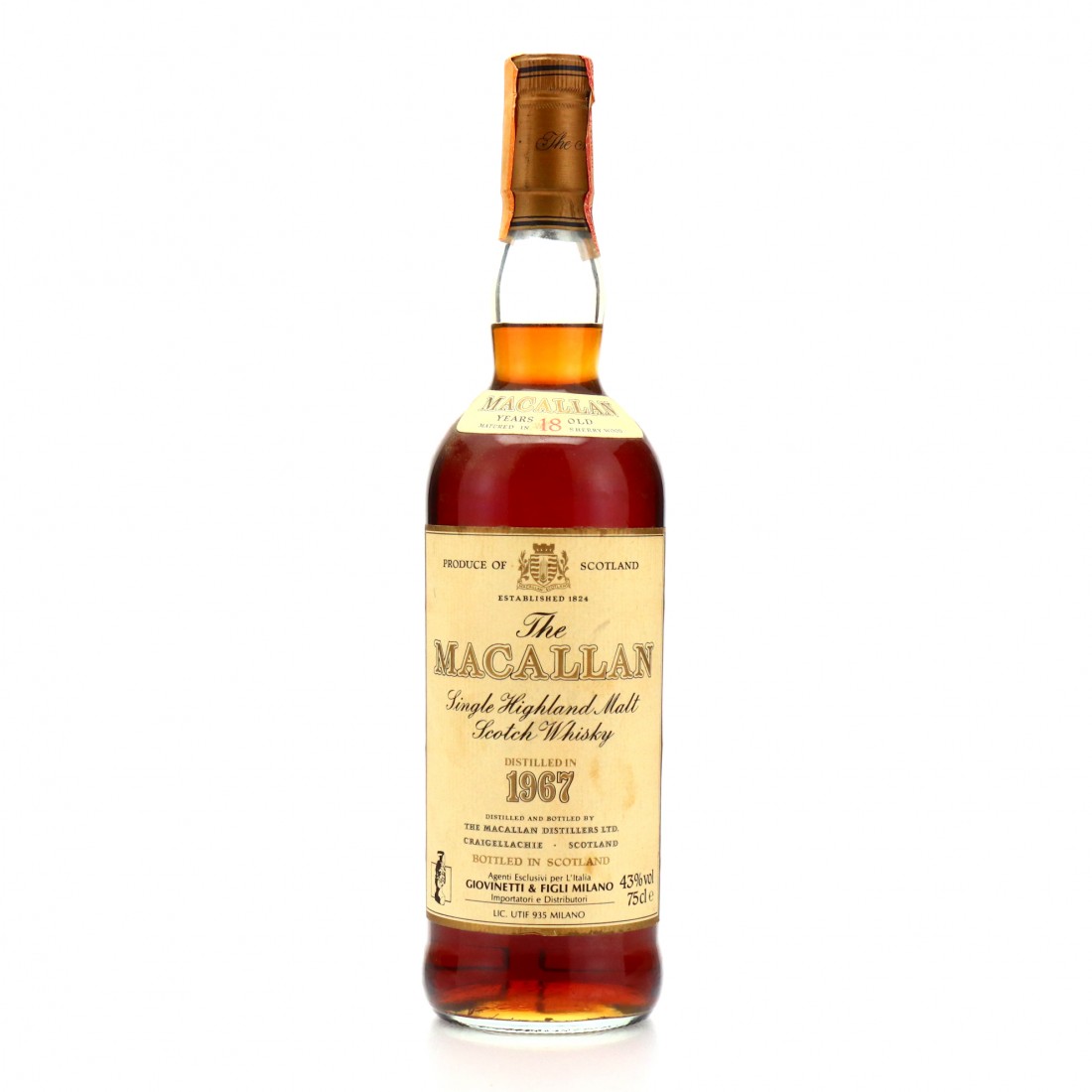 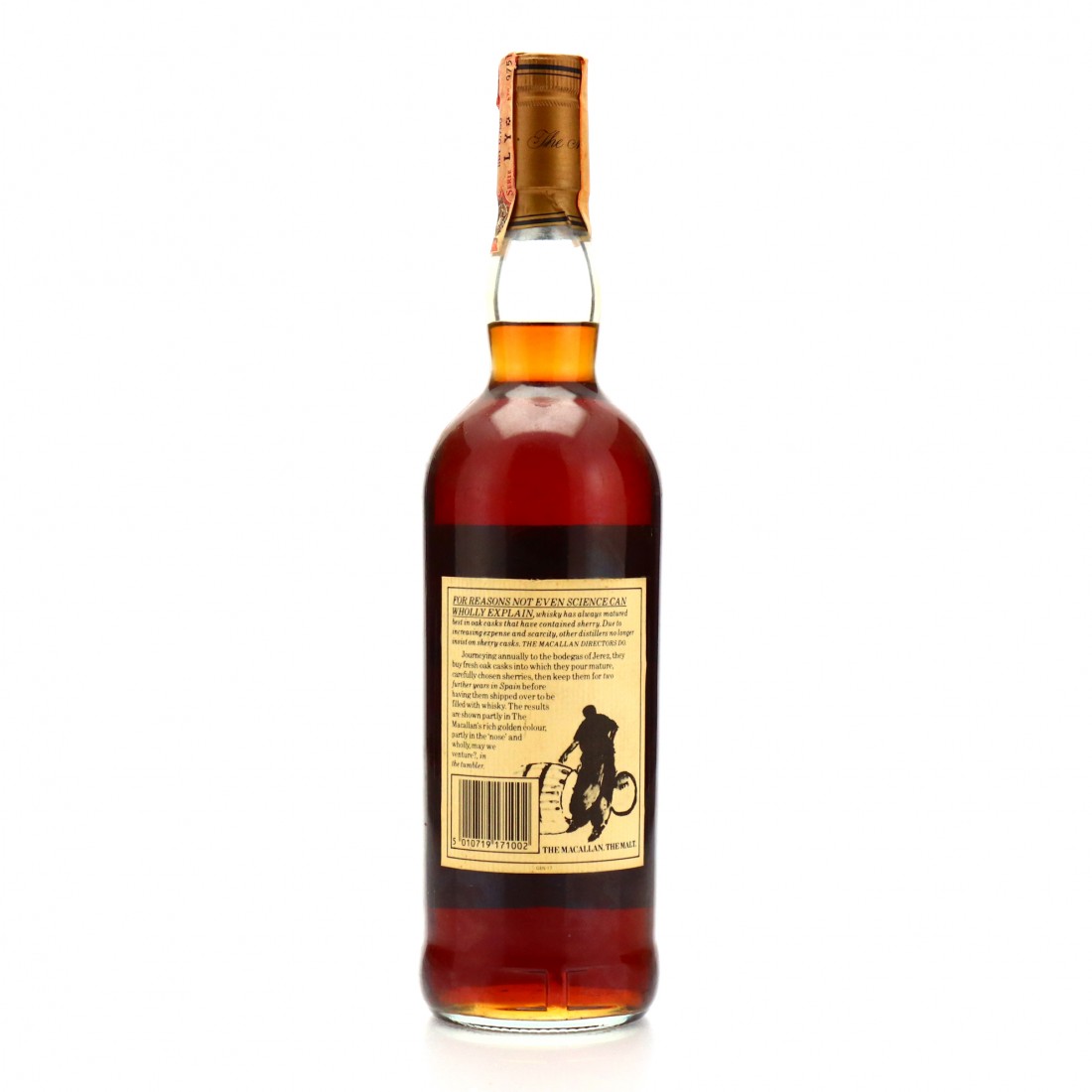 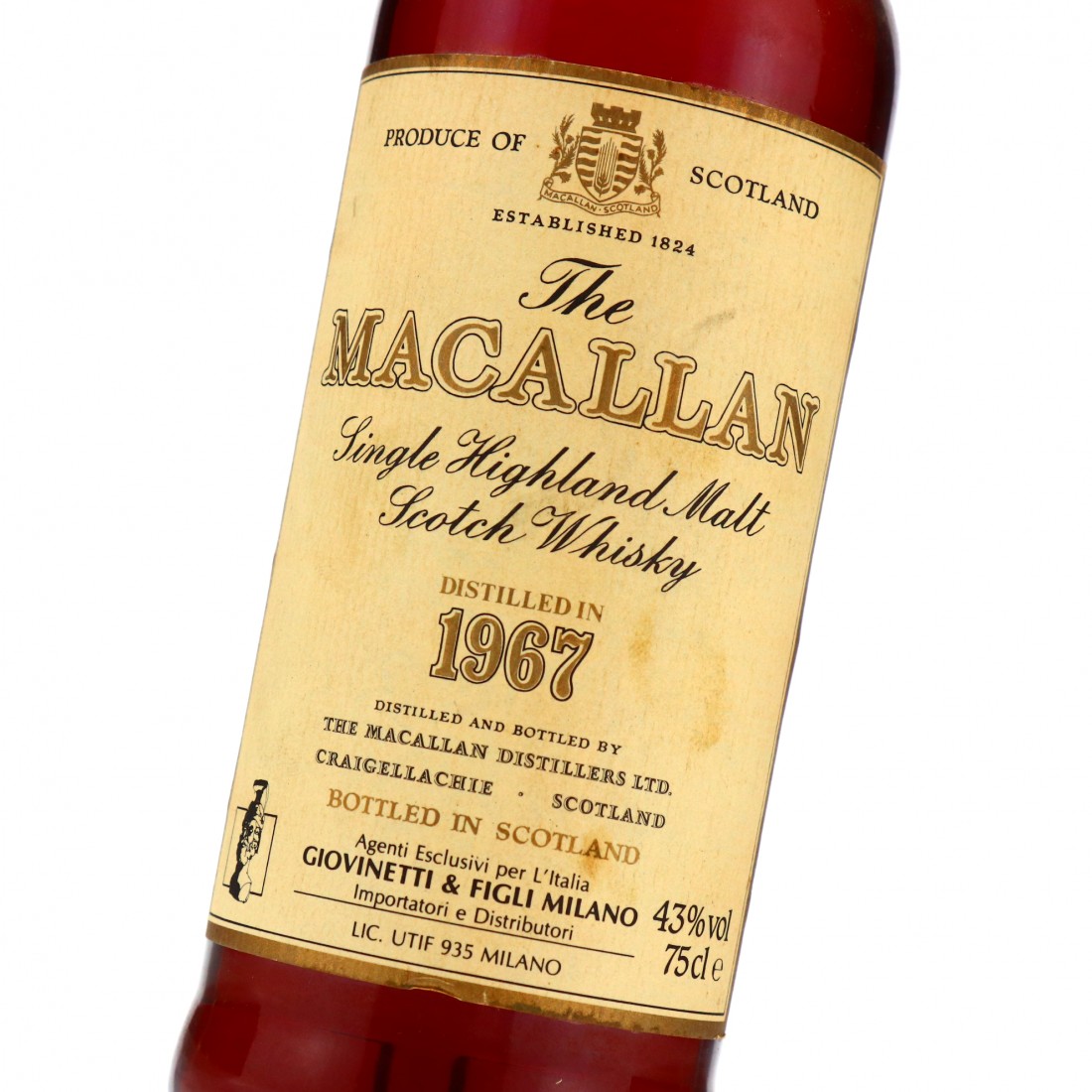 Distilled in 1967, this was was bottled around 1985. These early releases were packaged in the instantly recognisable purple-sashed white boxes, featuring the Sara Midda watercolours of Easter Elchies house, synonymous with Macallan of the period.

Imported to the Italian market by Giovinetti & Figli.