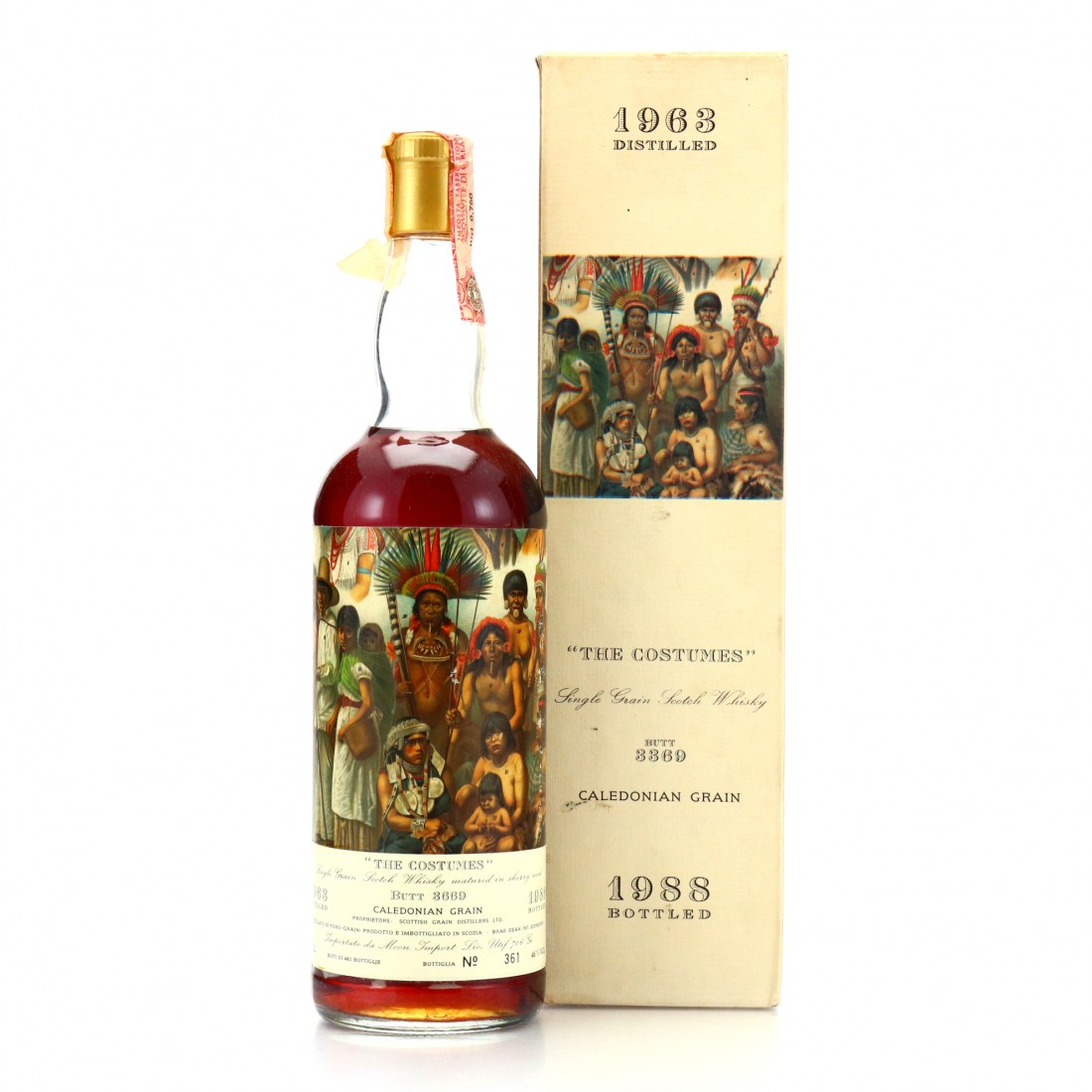 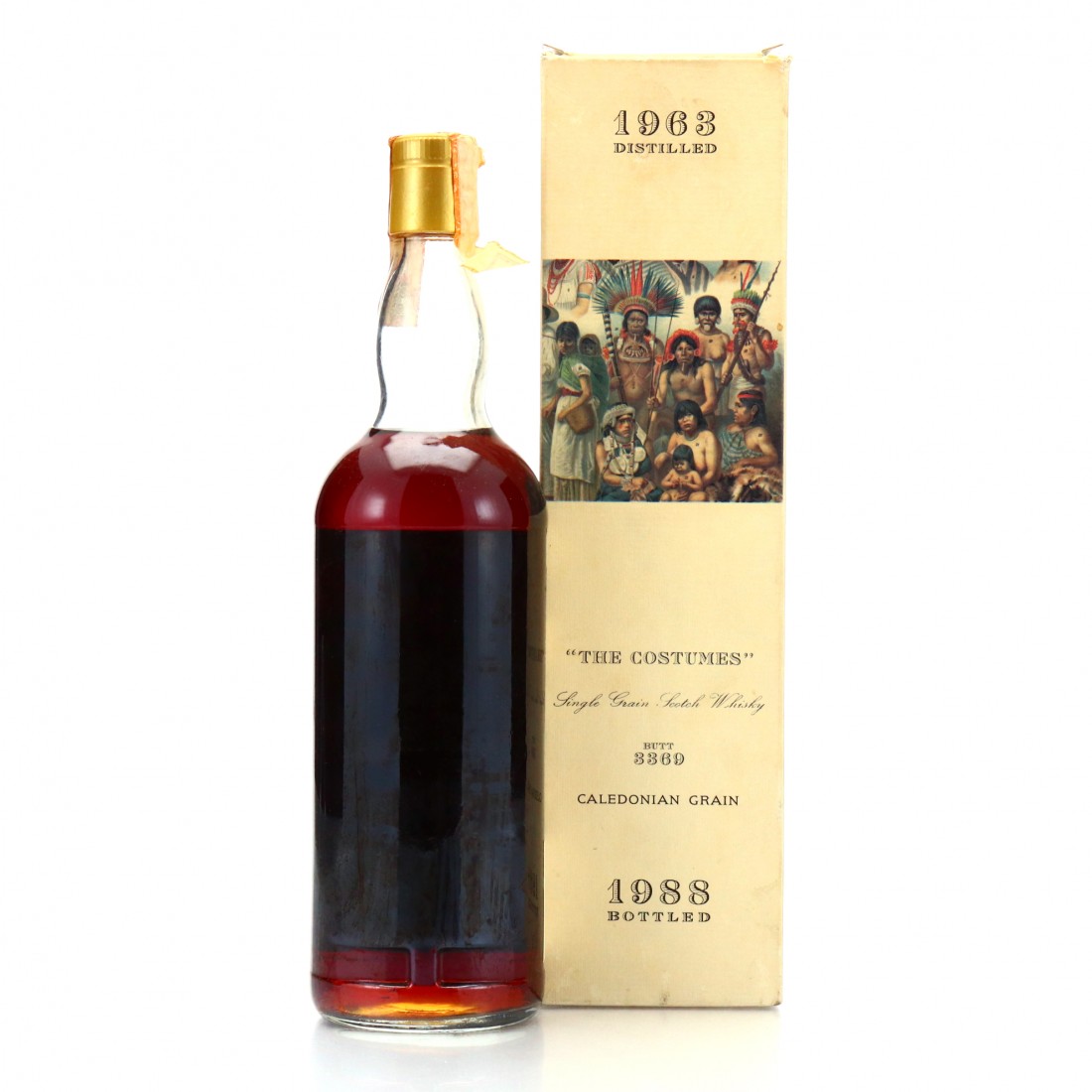 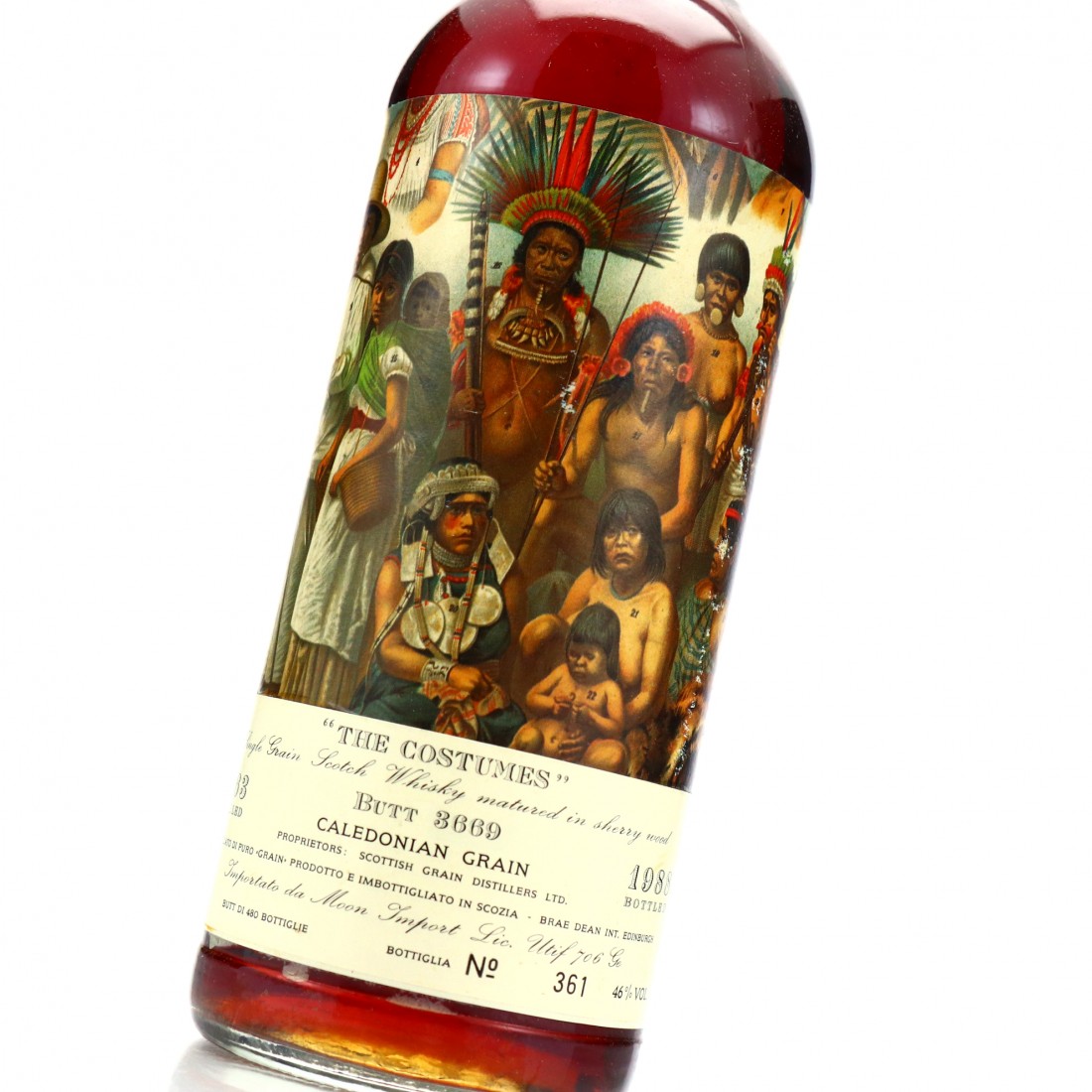 Distilled in Edinburgh at Caledonian, this single grain was matured in butt #3669 and bottled in 1988 as part of The Costumes series.

Caledonian is a lost grain distillery, built in Edinburgh by Graham Menzies & Co. It operated a single column still, once described by James Grant as the "greatest in Scotland," and later two pot stills which produced an Irish-style grain whisky. It became the seventh member of DCL in 1884. When DCL merged with Guinness in 1986 to form United Distillers, the company's enormous portfolio of distilleries required streamlining, and Caledonian was one of those that did not survive the cull, shut down for good in 1988. It has only twice been officially bottled as a single grain, once in its lifetime as a commemorative bottling for the 1986 Commonwealth games in its home city, and later under The Cally brand by Diageo. Thankfully, releases like this have appeared over the decades under independent labels.