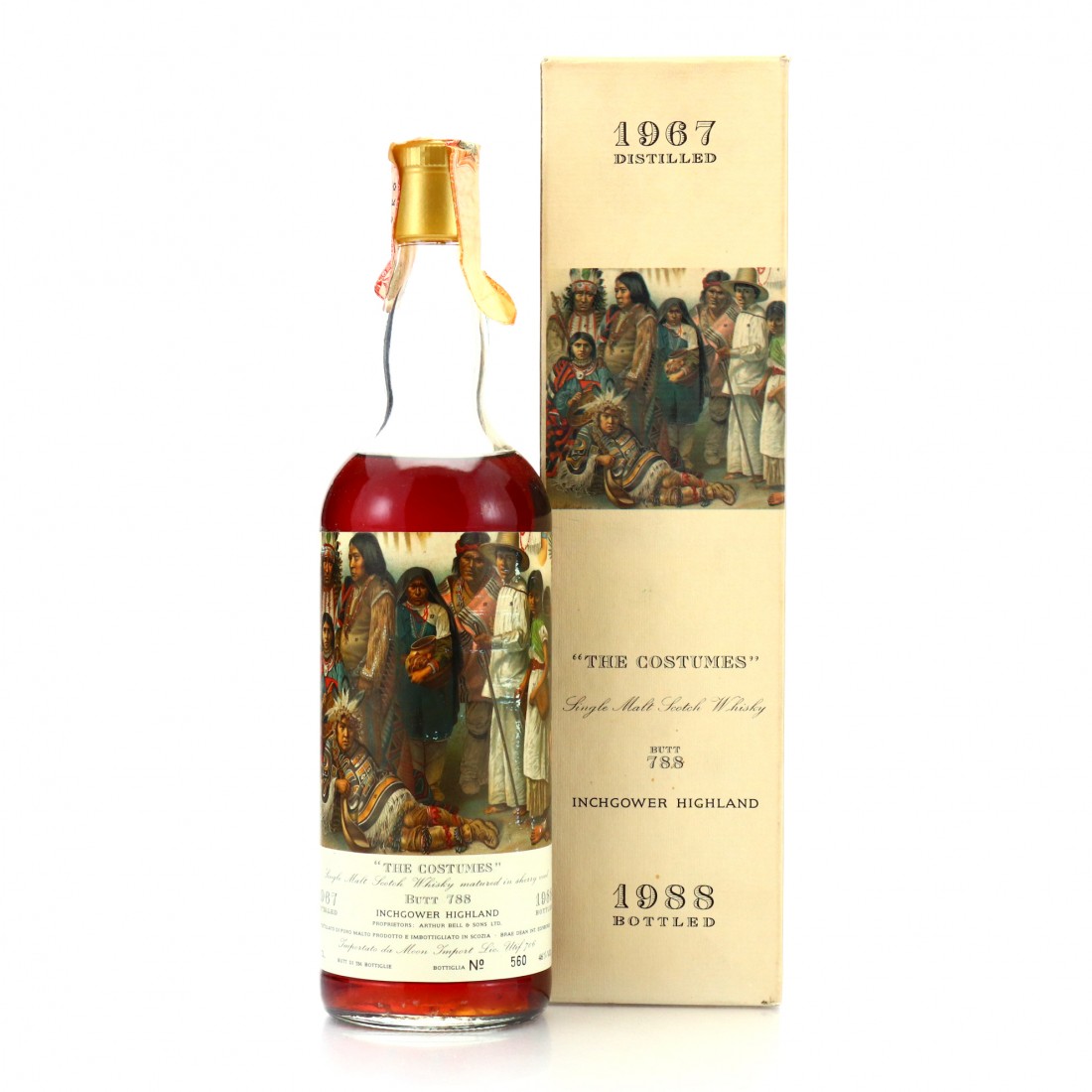 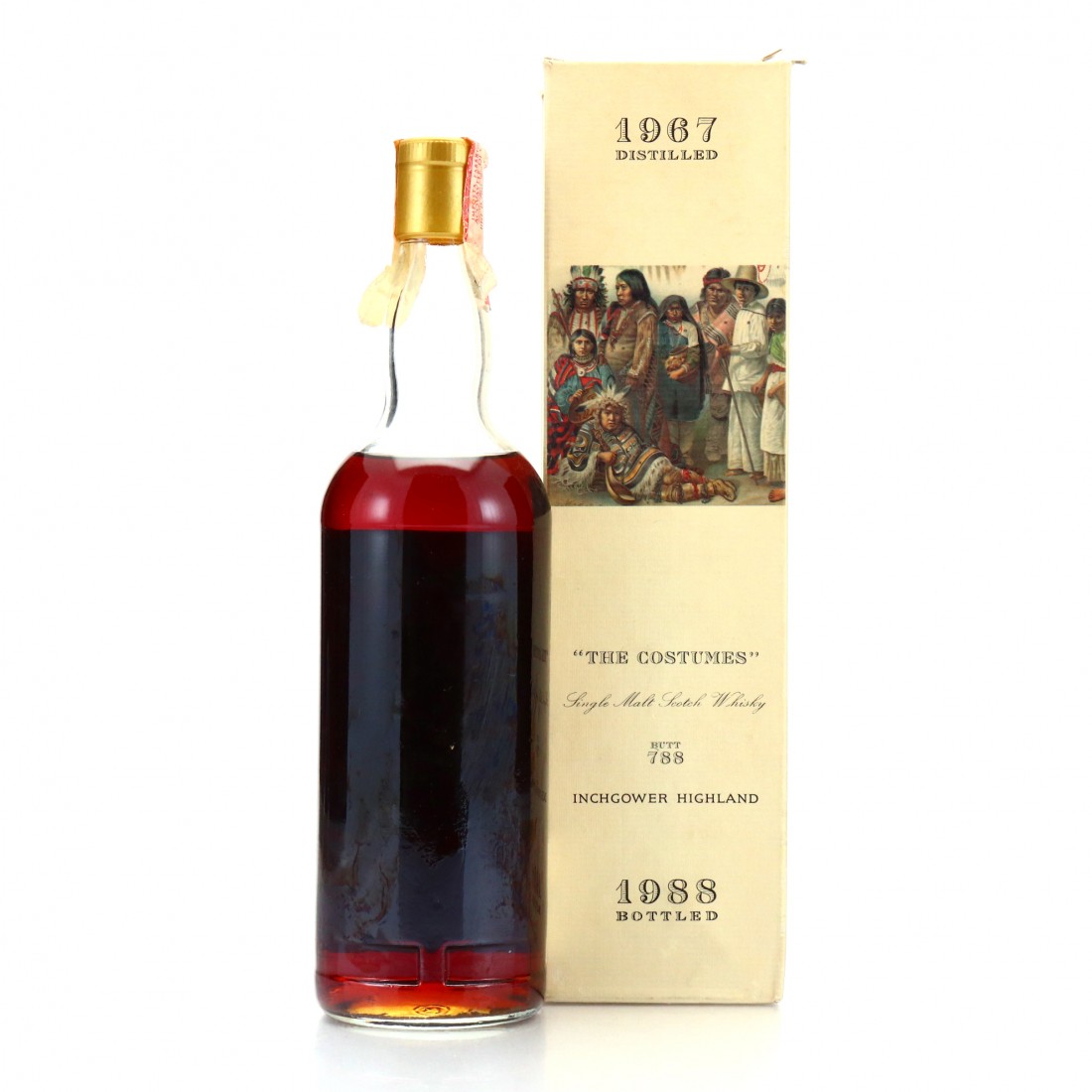 This 1967 vintage Inchgower was matured in butt #788 and bottled in 1988 as part of The Costumes series. 1988 was the company's most prolific year to that date, with The Sea series also released, making a total of over 7000 bottles. This is one of 556.