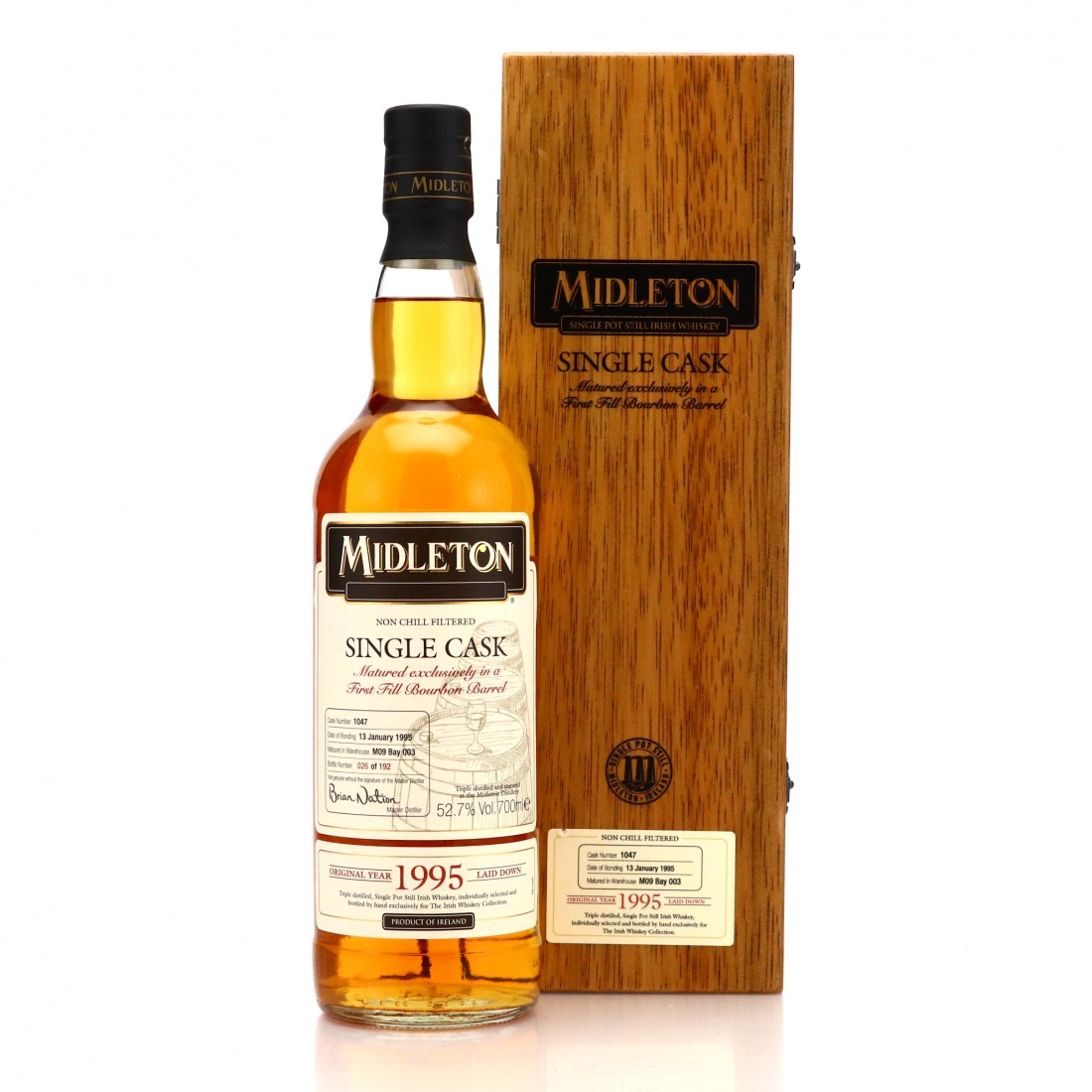 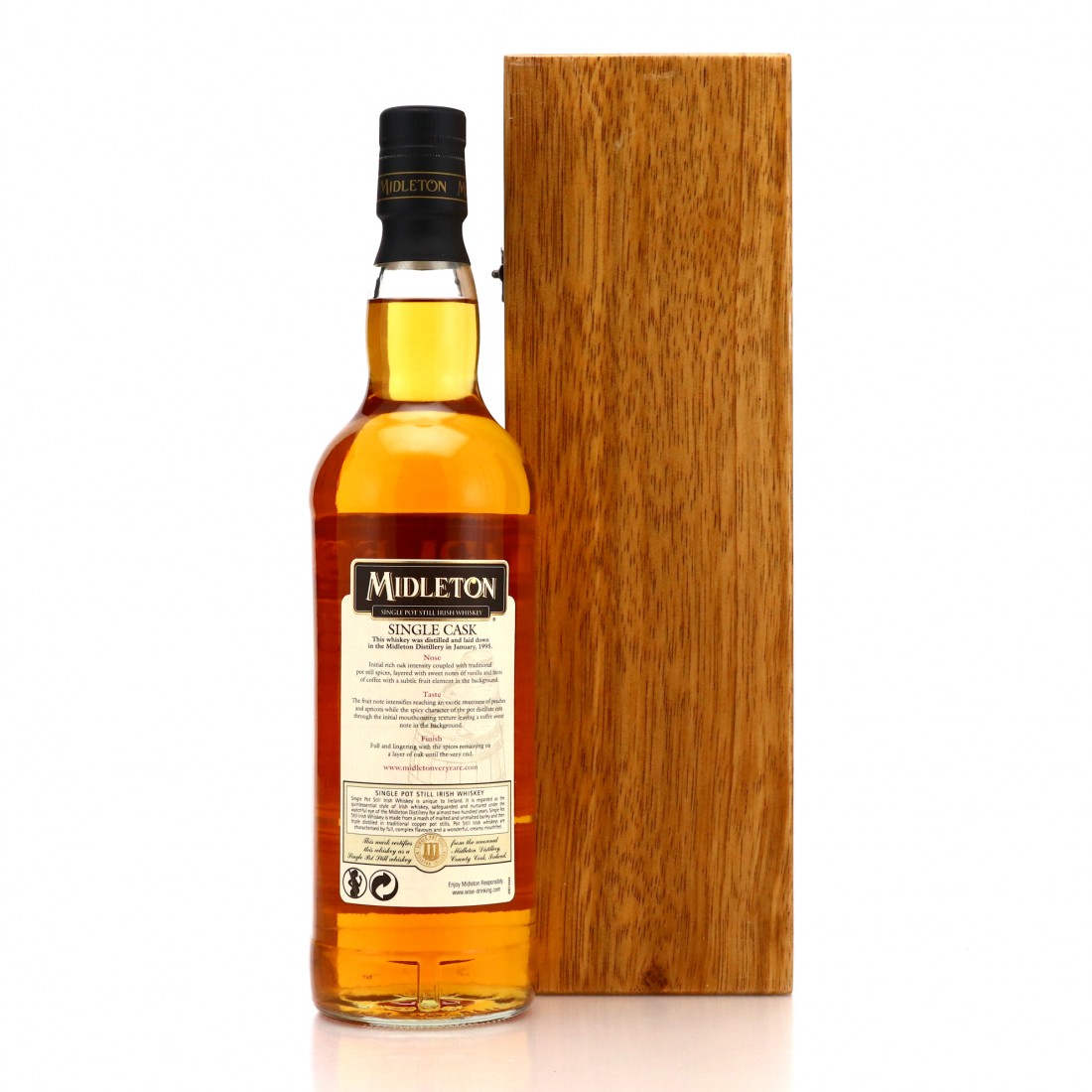 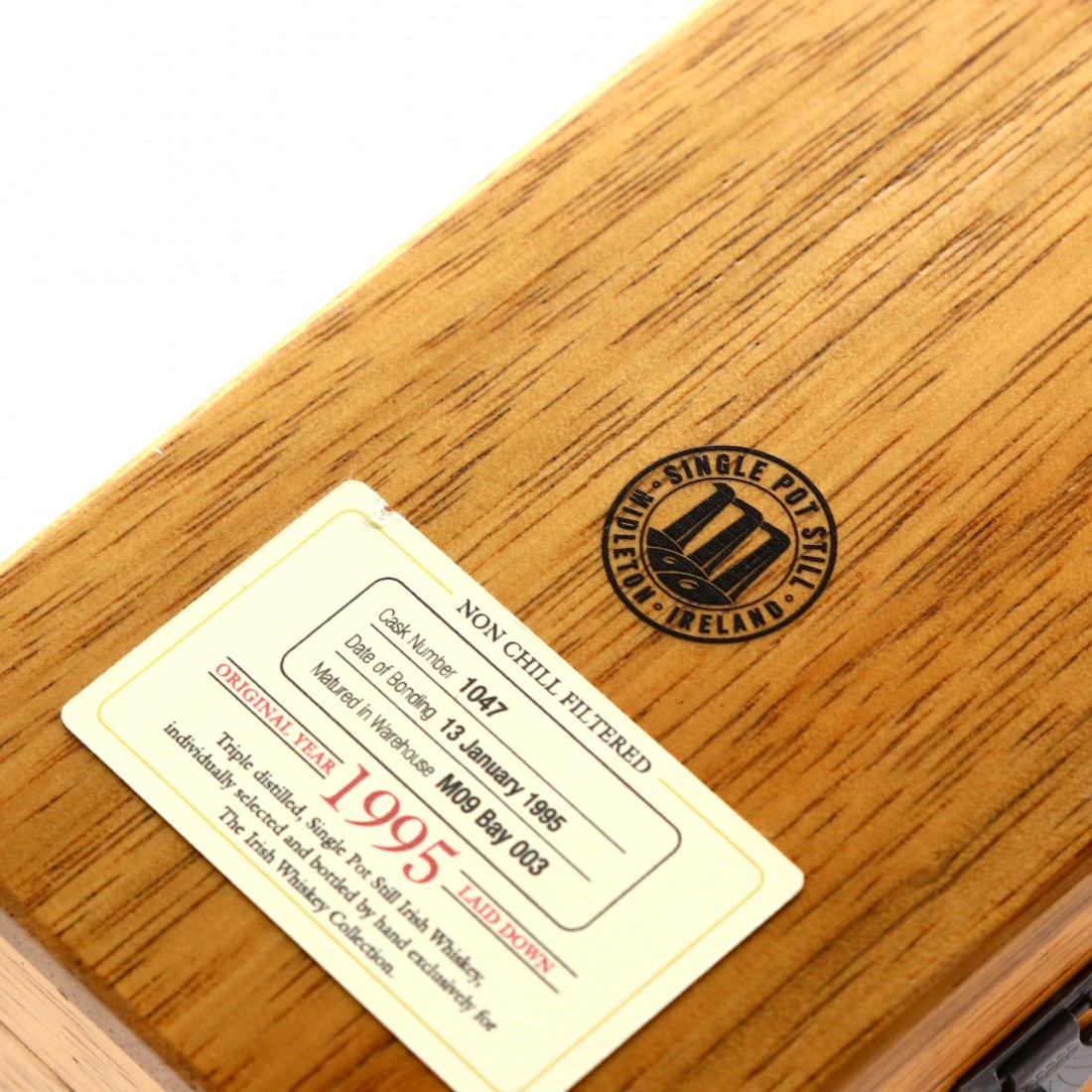 The formation of the Irish Distillers group in 1966, an amalgamation of Jameson, Powers and Cork Distillers, was the beginning of a sea change in the landscape of Irish whiskey. Necessitated primarily by a need to capitalise on a much-expanded export market, the move also saw a change in the whiskey behind the brand names, favouring blended Irish whiskies over the traditional single pot still style. Irish Distillers pushed Jameson as the face of the company, but its historic Bow Street home had no column still to produce grain, meaning this component had to be produced at Power's John's Lane distillery. In order to streamline its operations, the company shut both distilleries down, building a bespoke new facility next-door to its Old Midleton distillery in Cork, which was shut down as well. Midleton opened in 1975 and was the only distillery in Ireland until Cooley was built in 1987.

A single cask release from the Irish distillery. Distilled on 13th January 1995 and matured in a first fill bourbon barrel #1047.