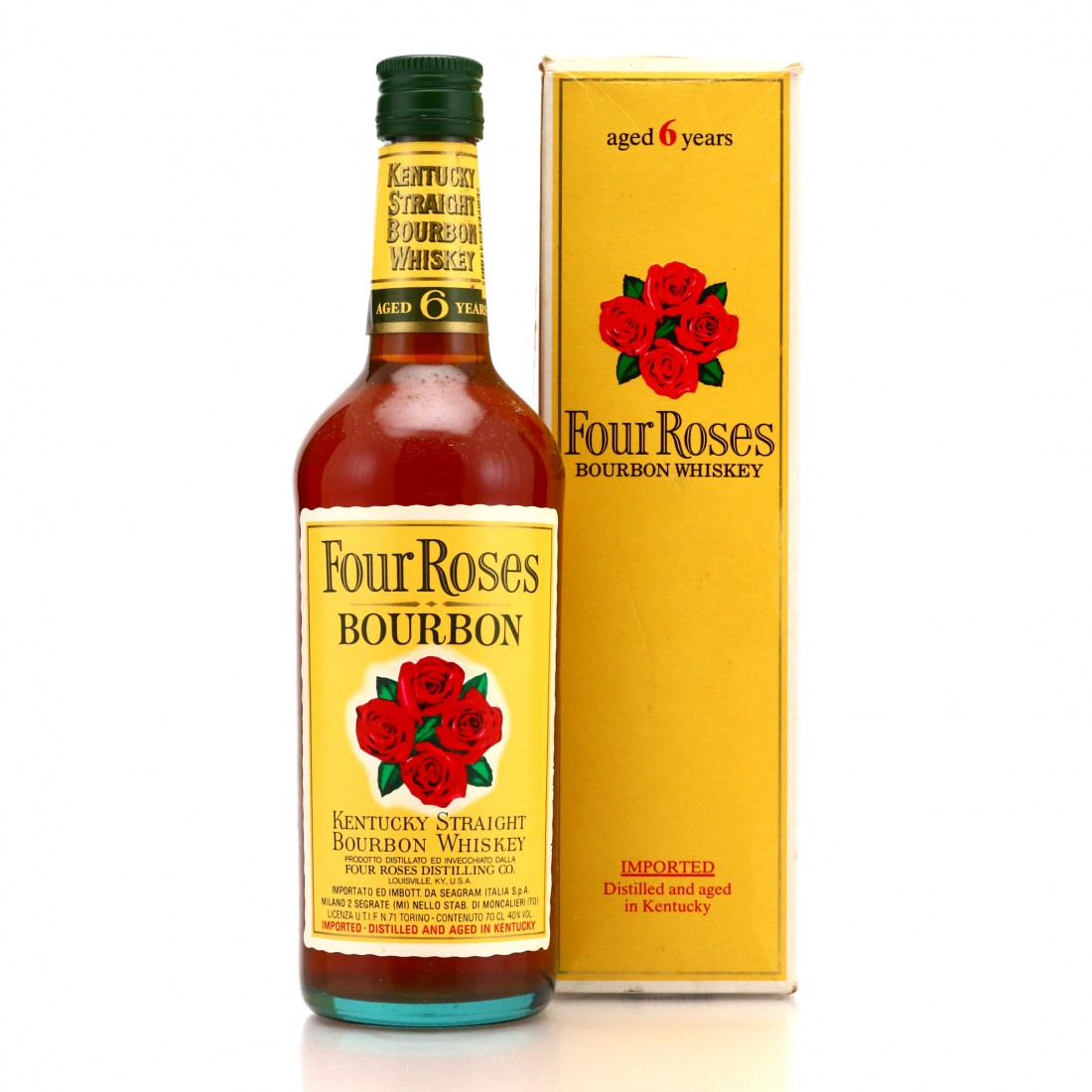 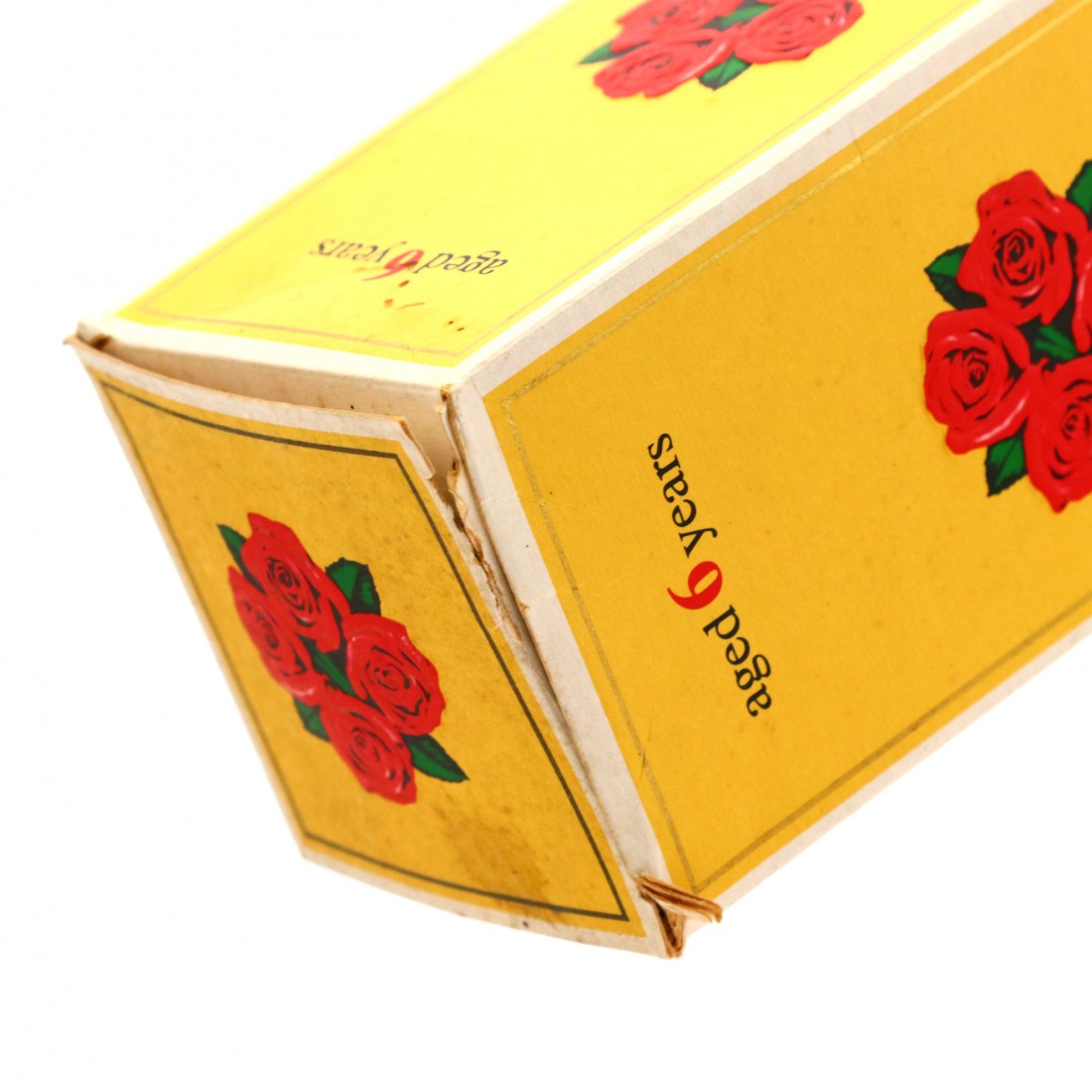 This is a 1980s bottling of 6 year old Four Roses Kentucky straight bourbon.

At this time the brand was produced by Seagram who, preferring to promote their Seven Crown as the whiskey brand of choice in the US, limited Four Roses as a straight bourbon to the export market. US customers had to make do with a blended "light" whisky variant until the brand was acquired by Kirin in 2002, who re-introduced the straight bourbon to its native market.