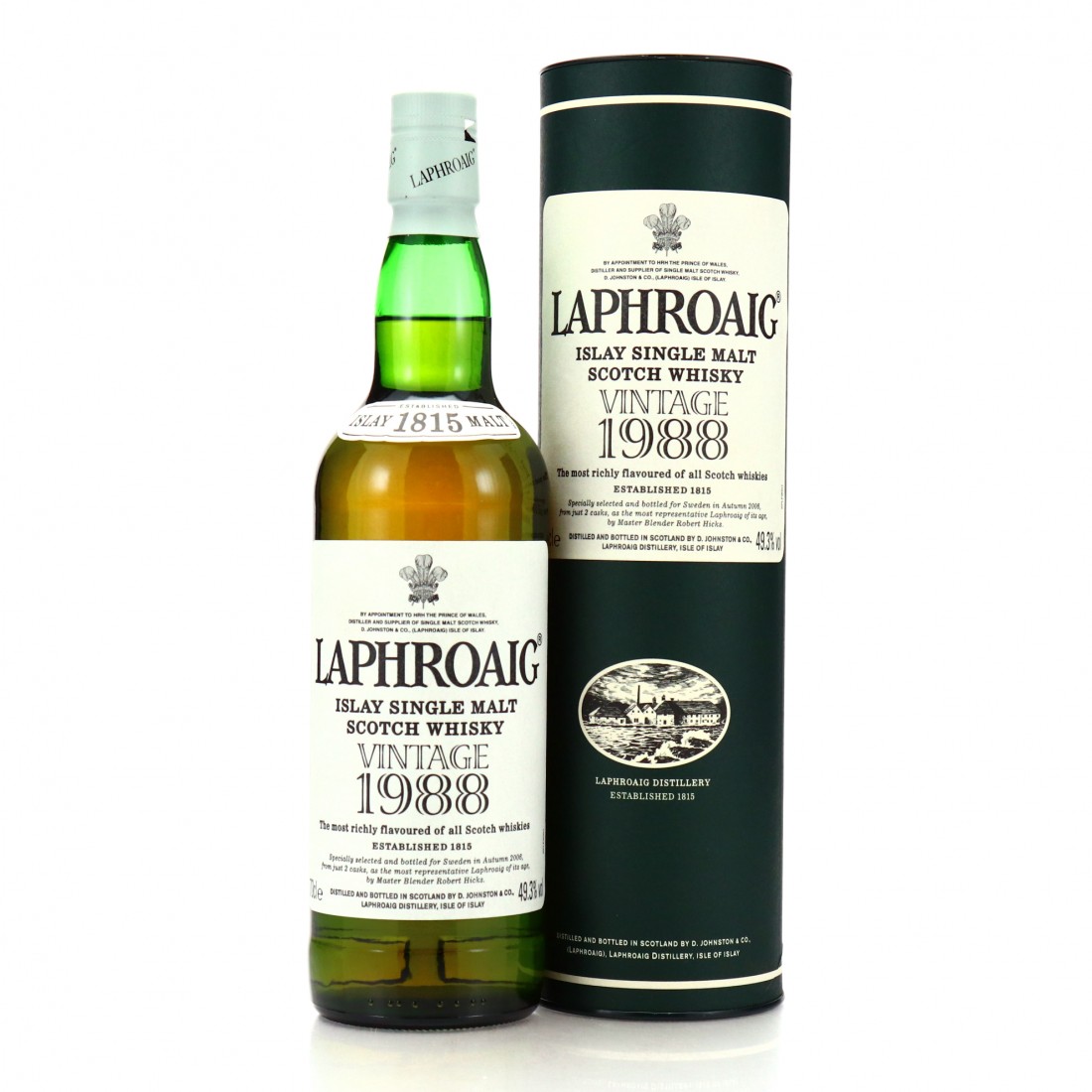 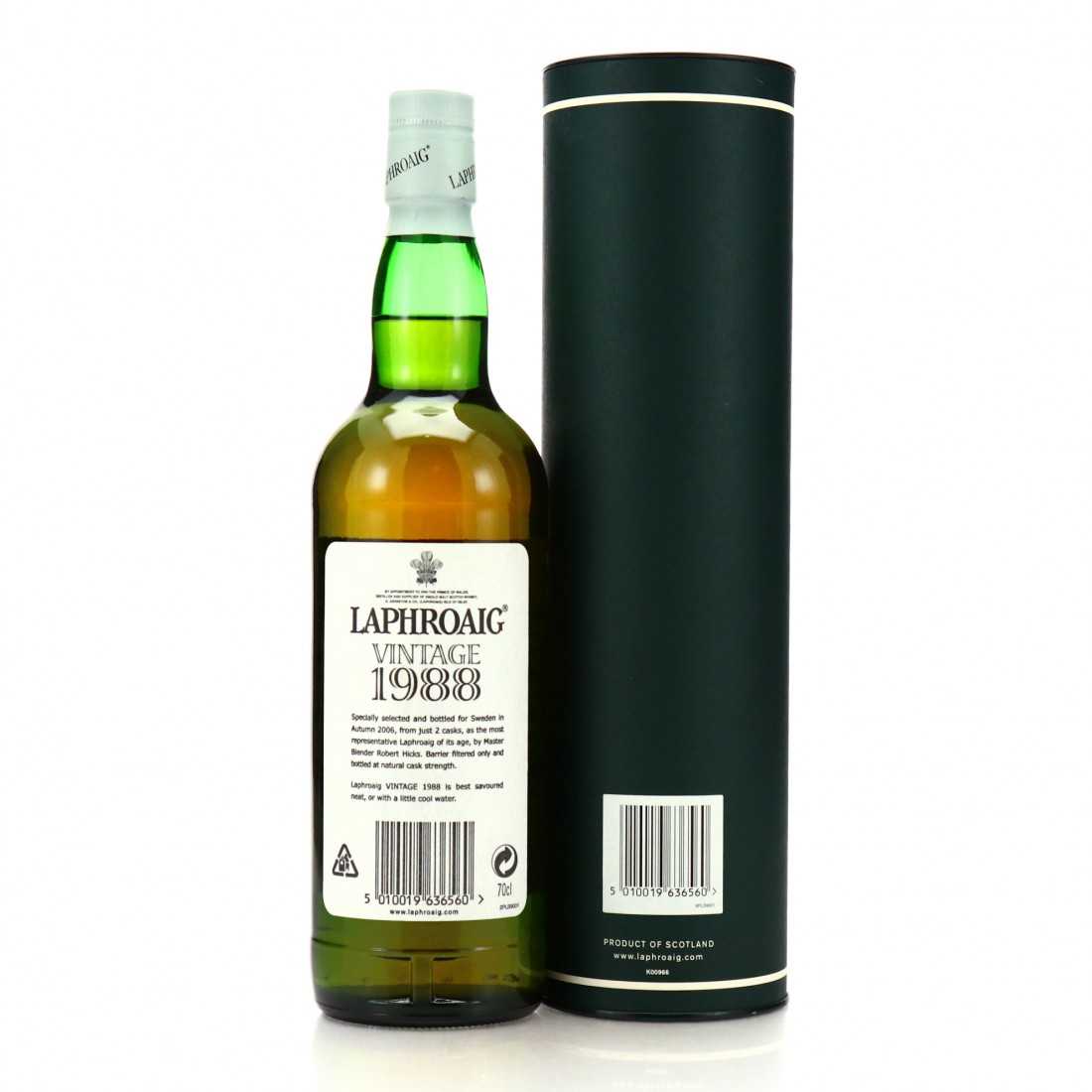 A very small batch vintage release of Laphroaig, bottled from just two casks distilled in 1988. Selected by Master Blender, Robert Hicks, as being the most representative Laphroaig of its age, they were married and bottled exclusively for the Swedish market.