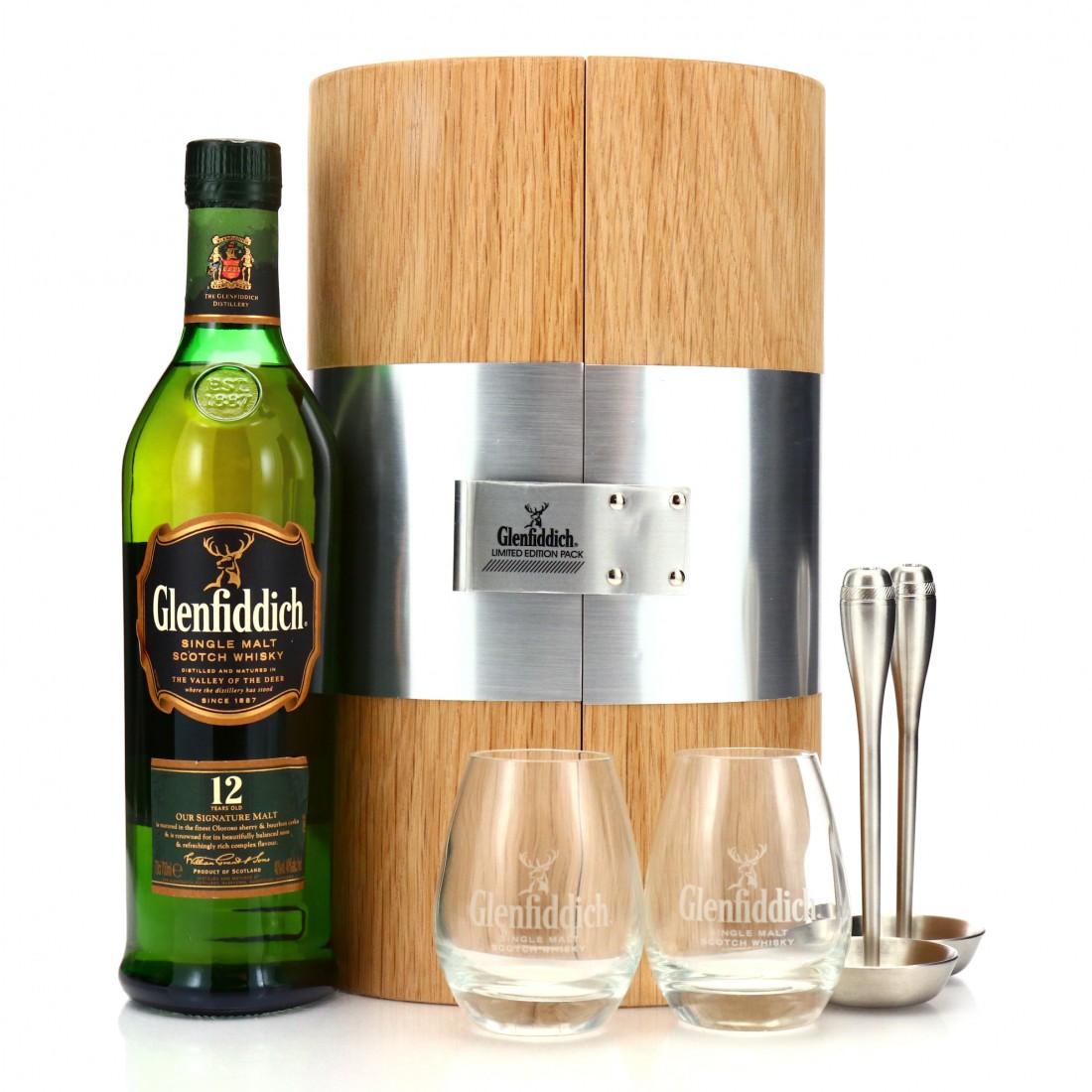 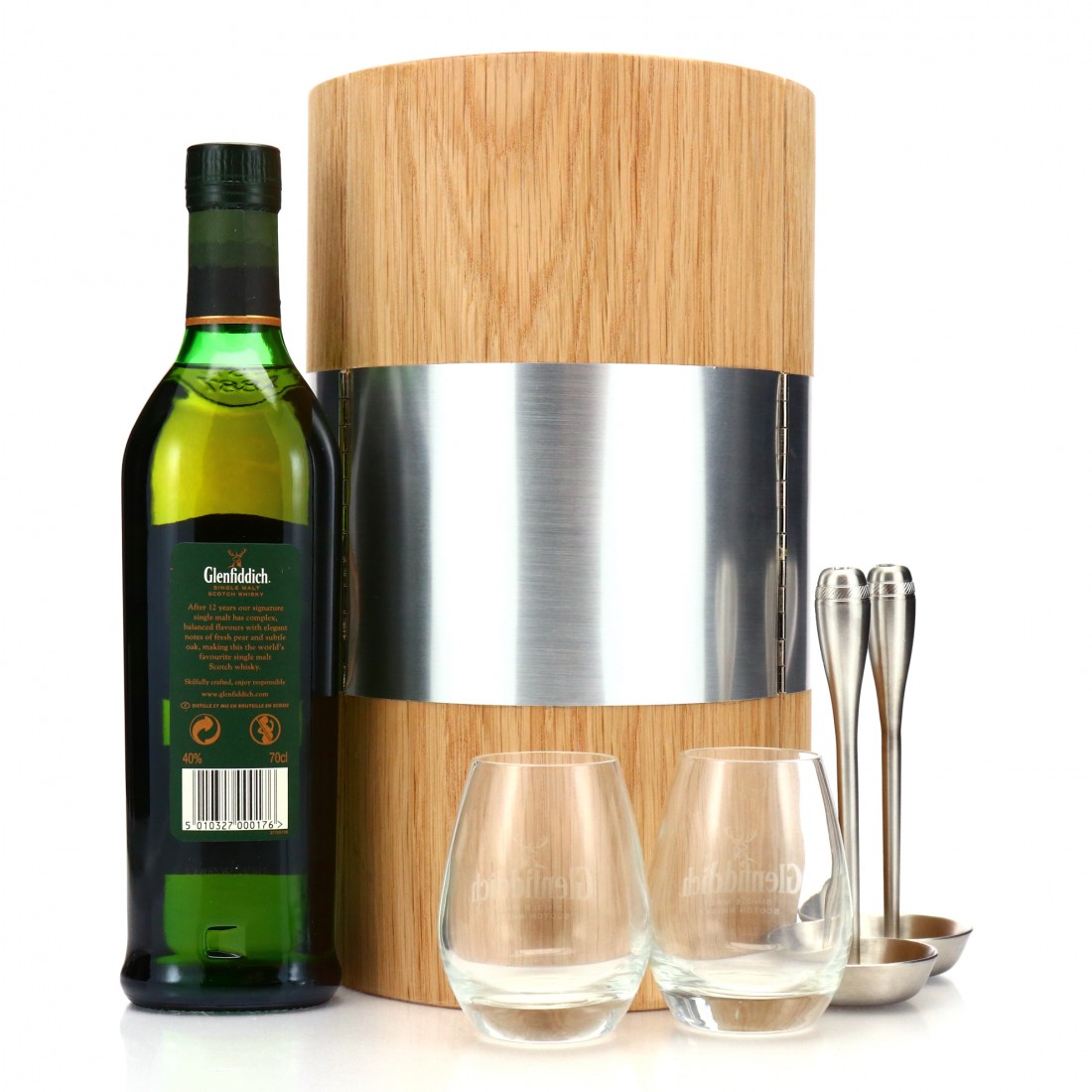 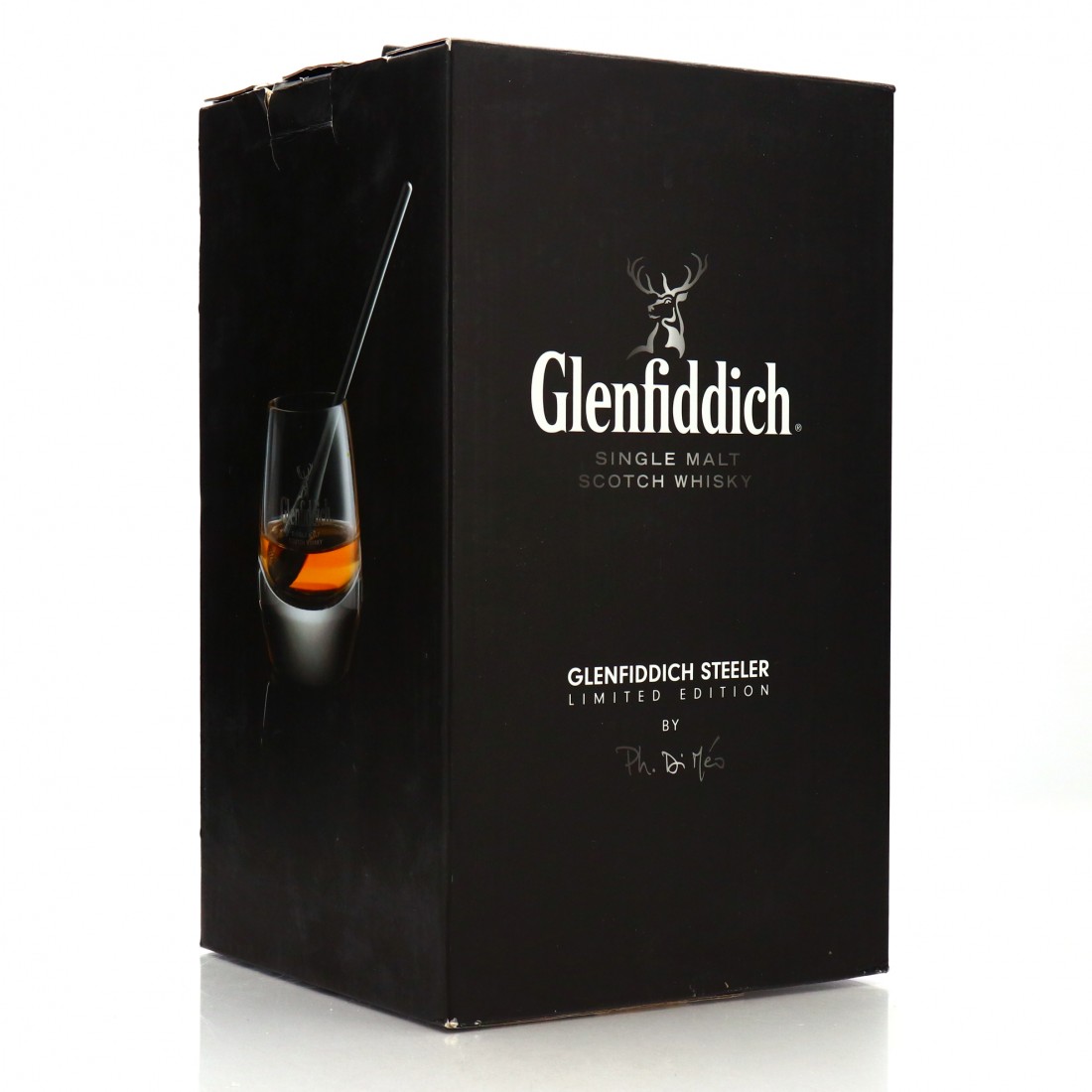 The 12 year old age-statement was introduced to the core range in 2000, replacing the non-age statement of the Special Reserve. It continued to be presented in the iconic triangular bottle, designed for the company in 1956 and first used for the Glenfiddich brand in 1961. Interestingly, despite being the world's first single malt brand, this was the first time the flagship product was solely referred to as such, with previous iterations always labelled as Pure Malt. This version of the 12 year old, now referred to as the Signature Malt was released in 2007 and was presented in this packaging until the distillery's rebrand in 2014.

This Steeler set comes with a pair of metal pipets (steelers), drip tray stands for said pipets and branded glasses.