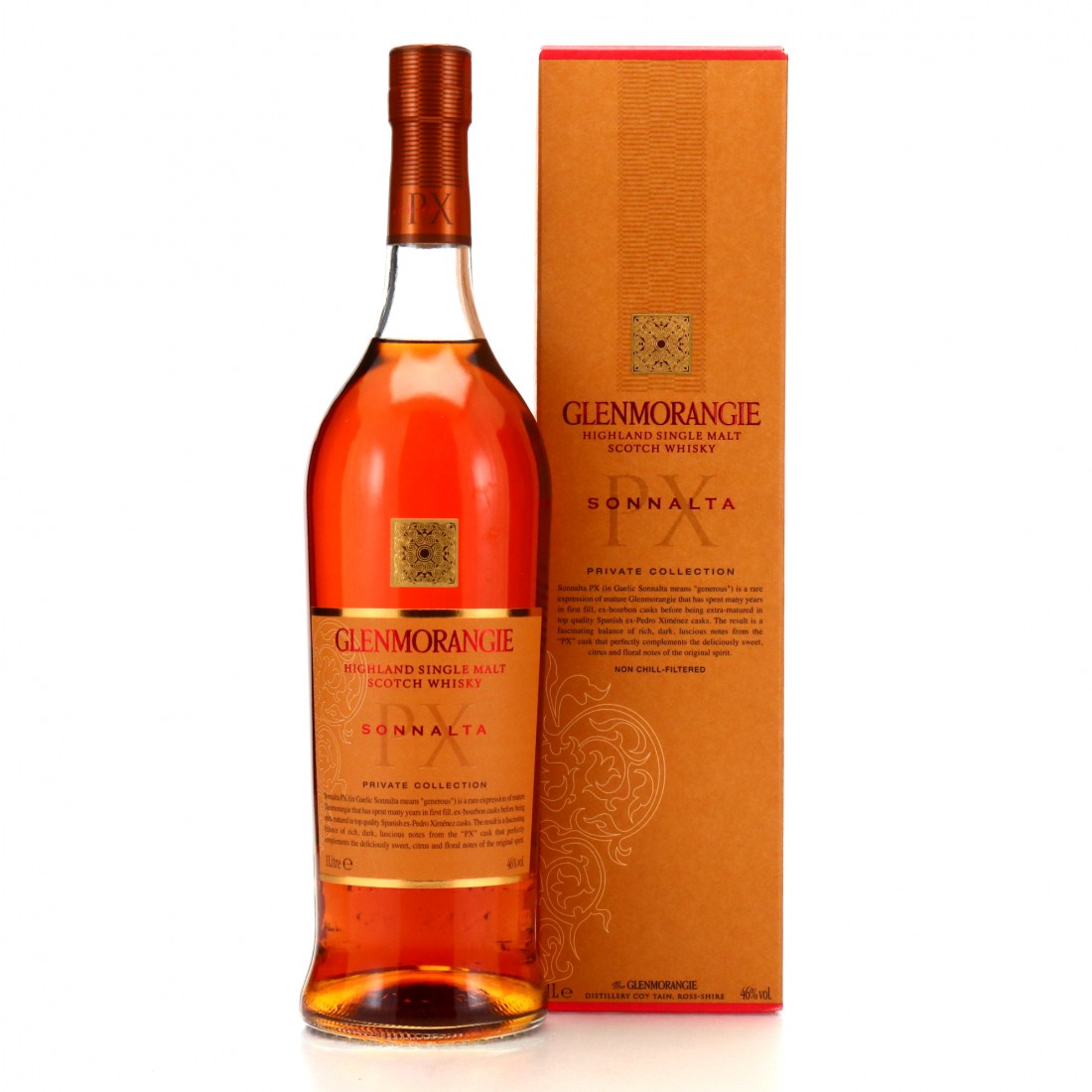 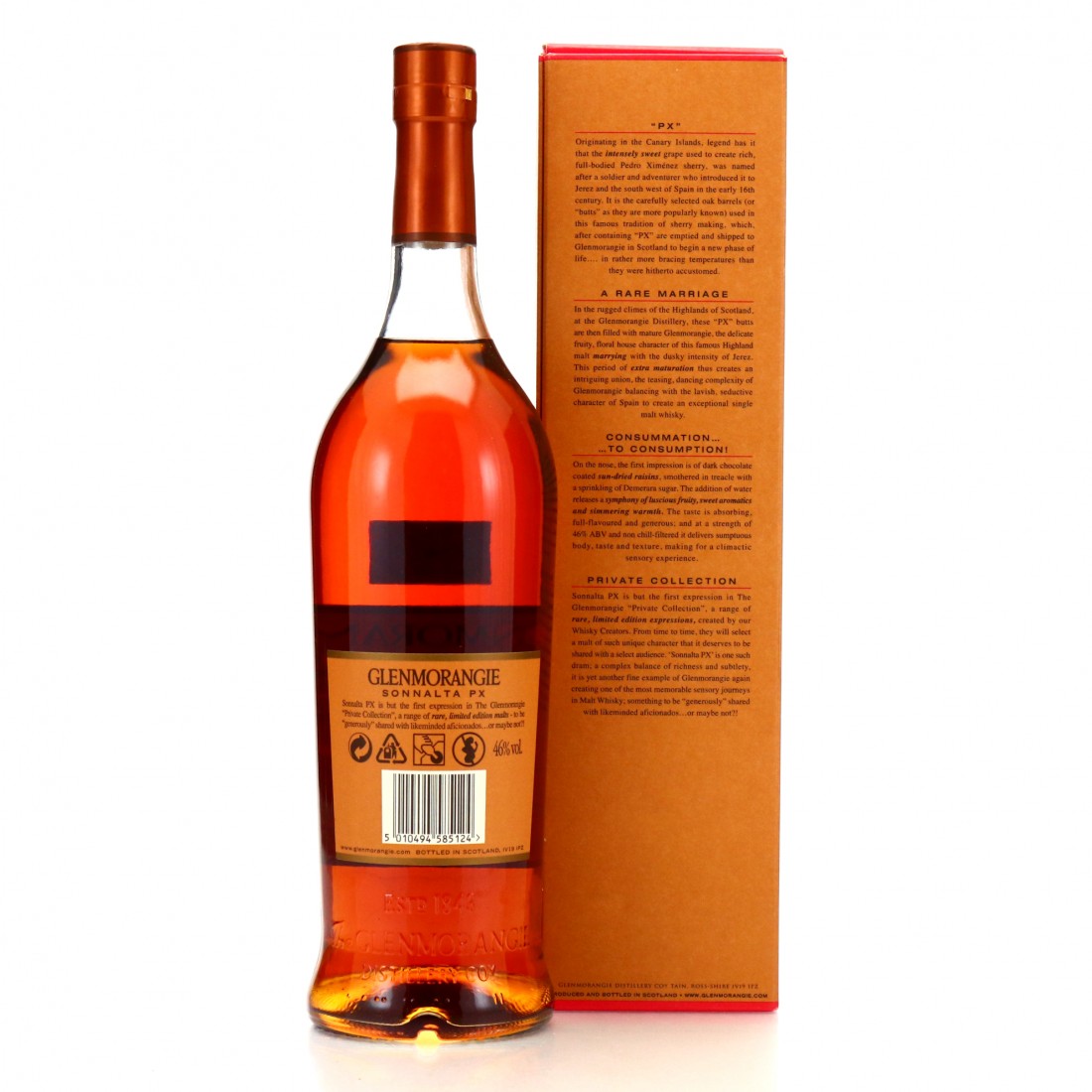 Released in 2009, Glenmorangie Sonnalta PX was the first of the distillery's Private Collection bottlings. The whisky has been finished in casks formerly containing Pedro Ximenez sherry.