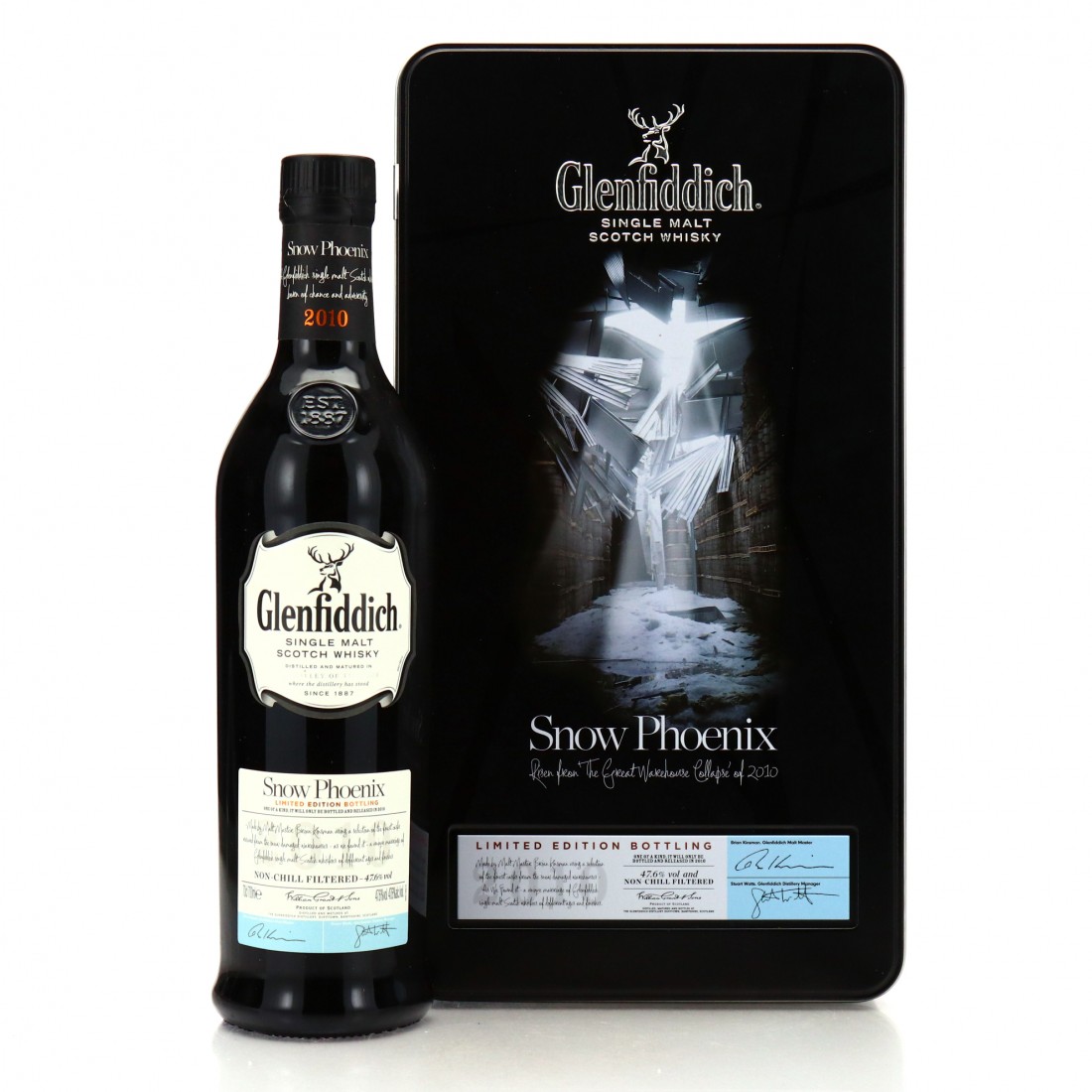 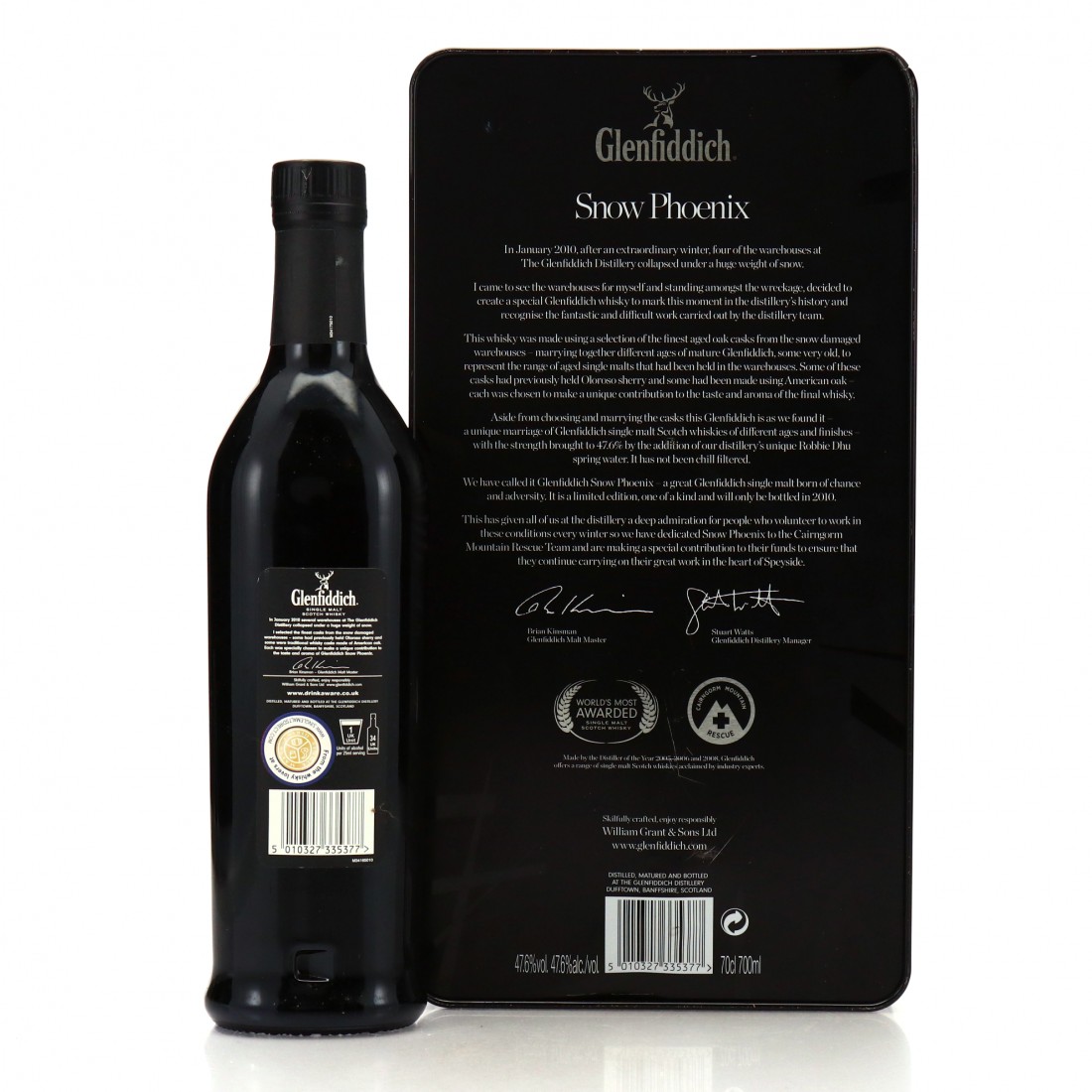 Snow Phoenix was a limited edition release selected from three warehouses which collapsed on the 7th January 2010, due to adverse weather conditions (a rather heavy snow storm).

Bottled without an age statement, Glenfiddich Snow Phoenix has been highly acclaimed and includes Oloroso and American oak casks from warehouses ranging from 13 to 30 years old.