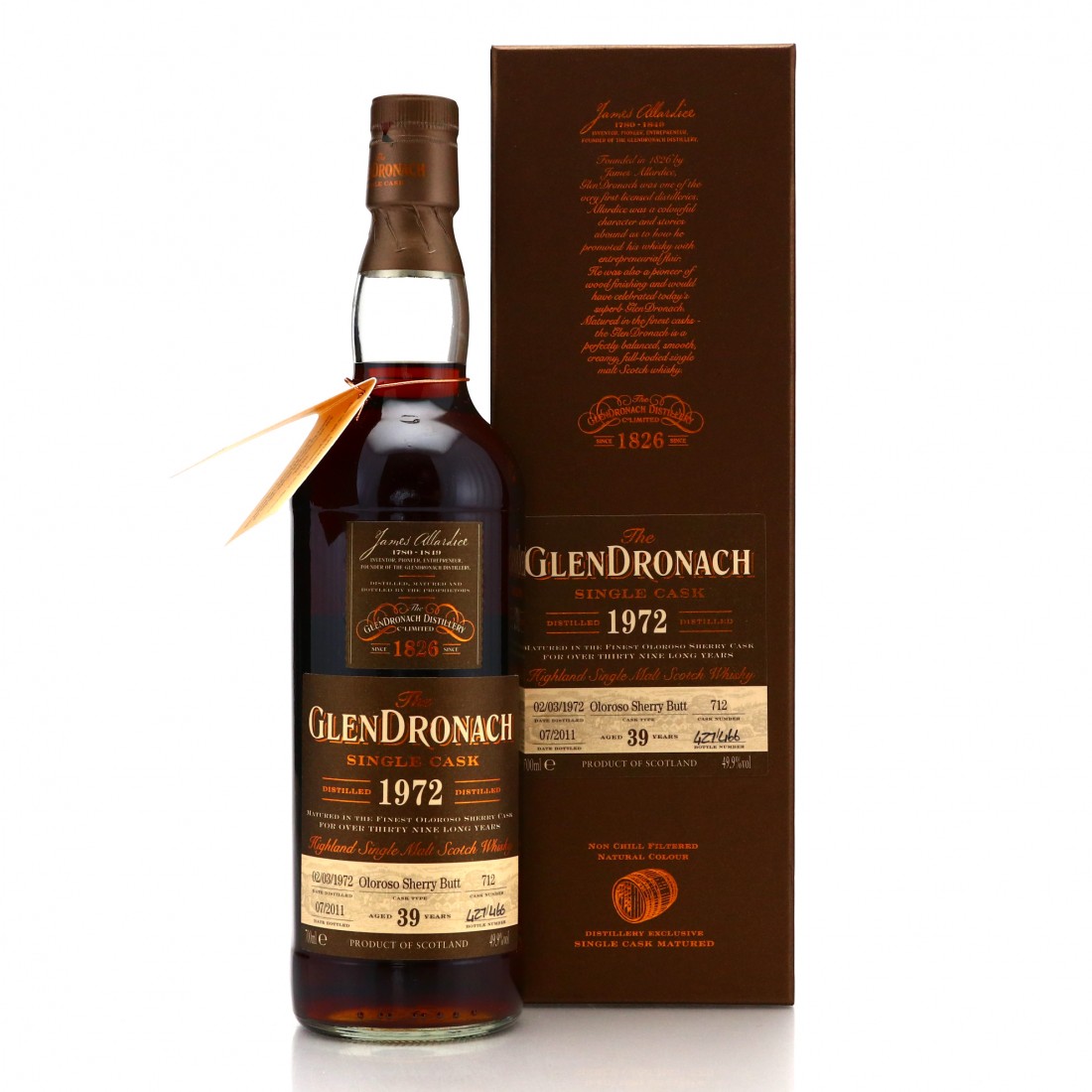 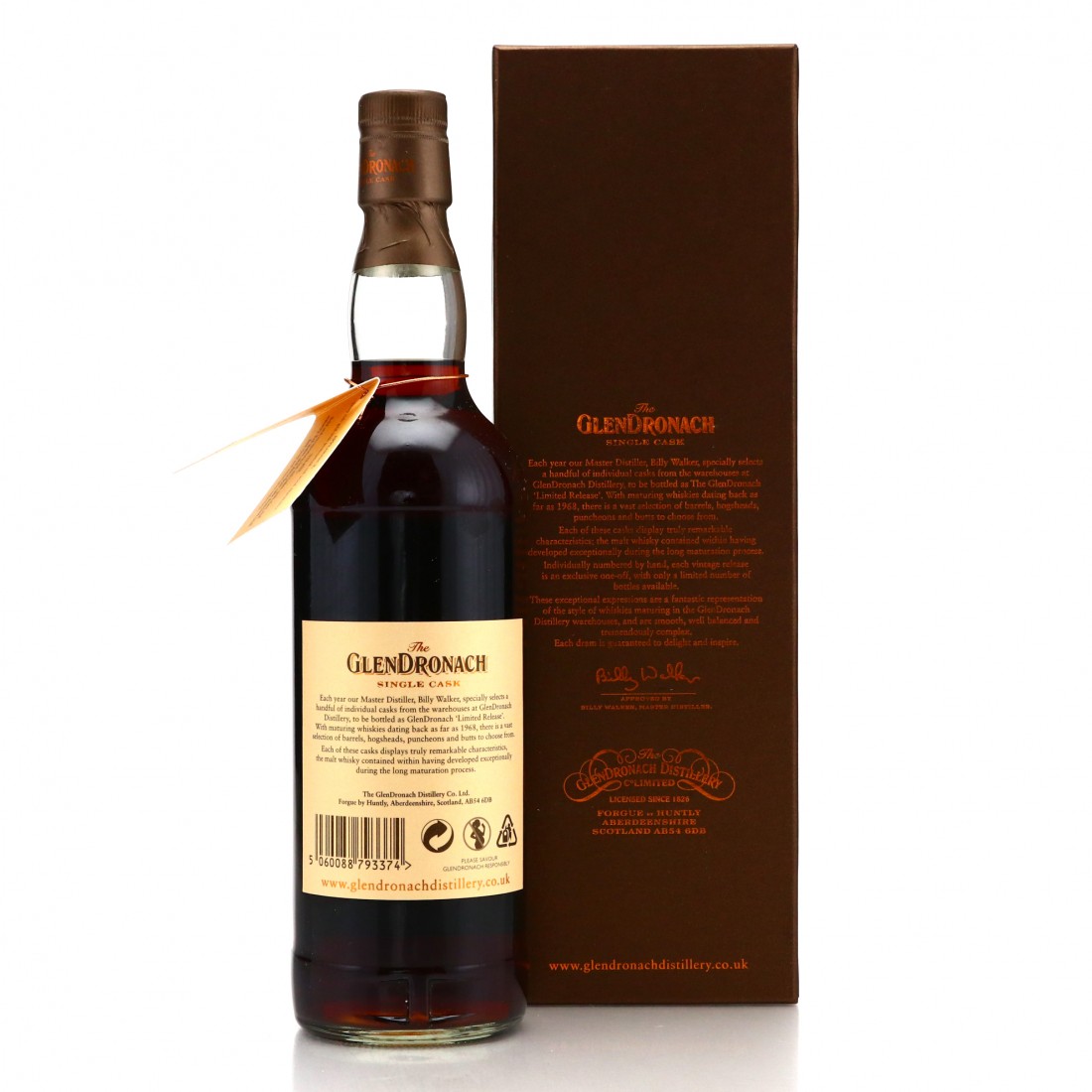 A well-aged addition to the extensive and ever-popular Glenronach series. This was distilled on 2nd of March 1972 and bottled in July 2011, this was fully matured in cask number #712, an Oloroso sherry butt.