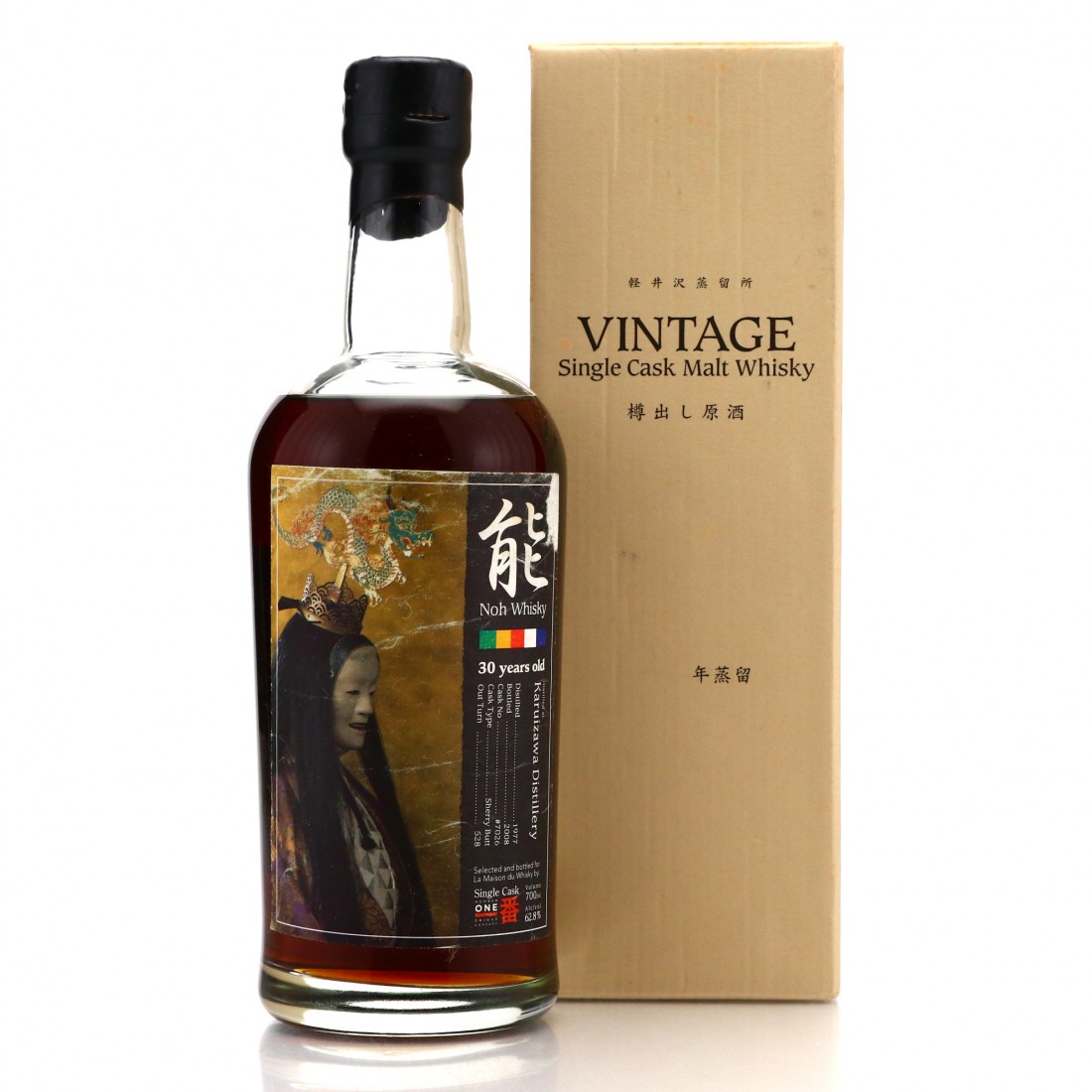 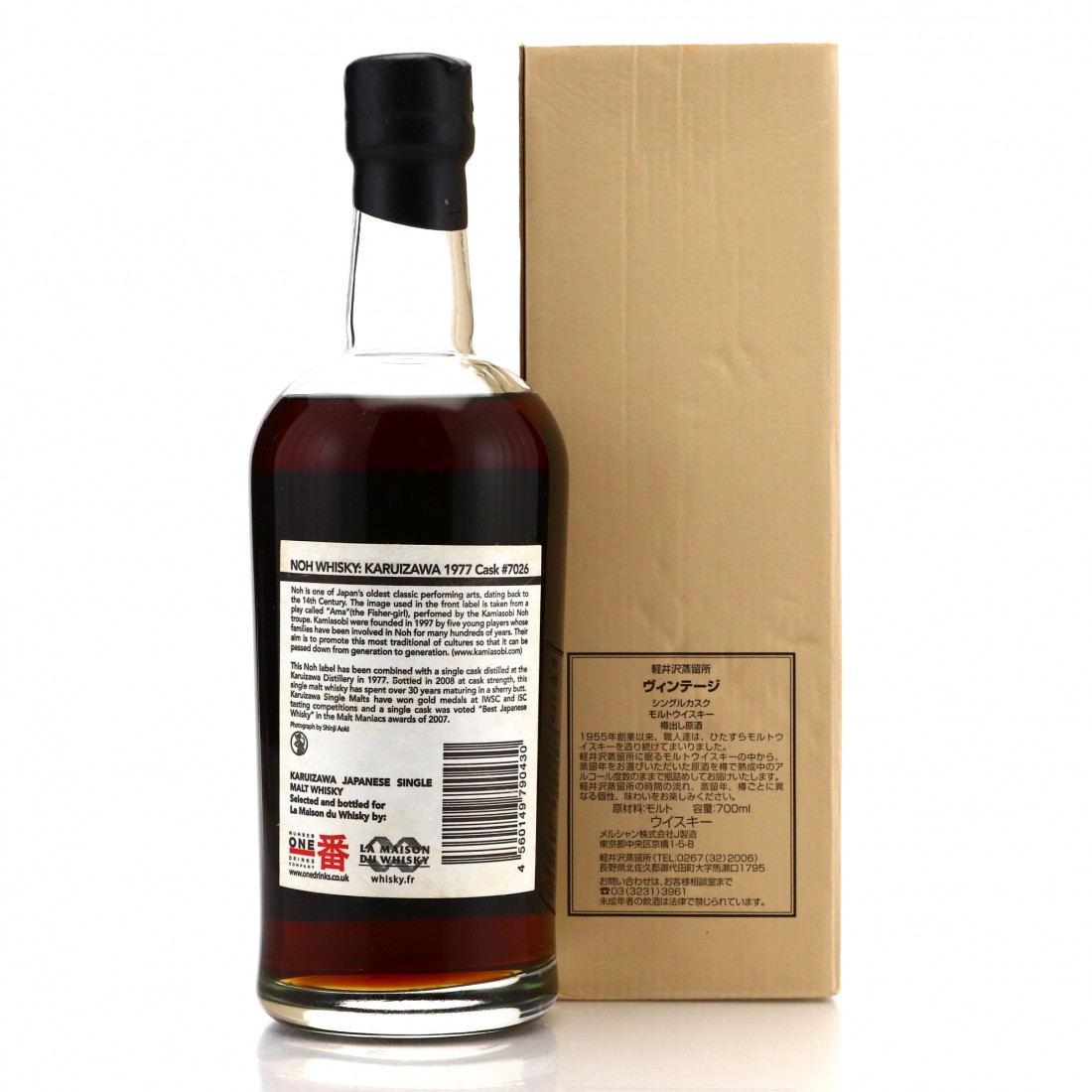 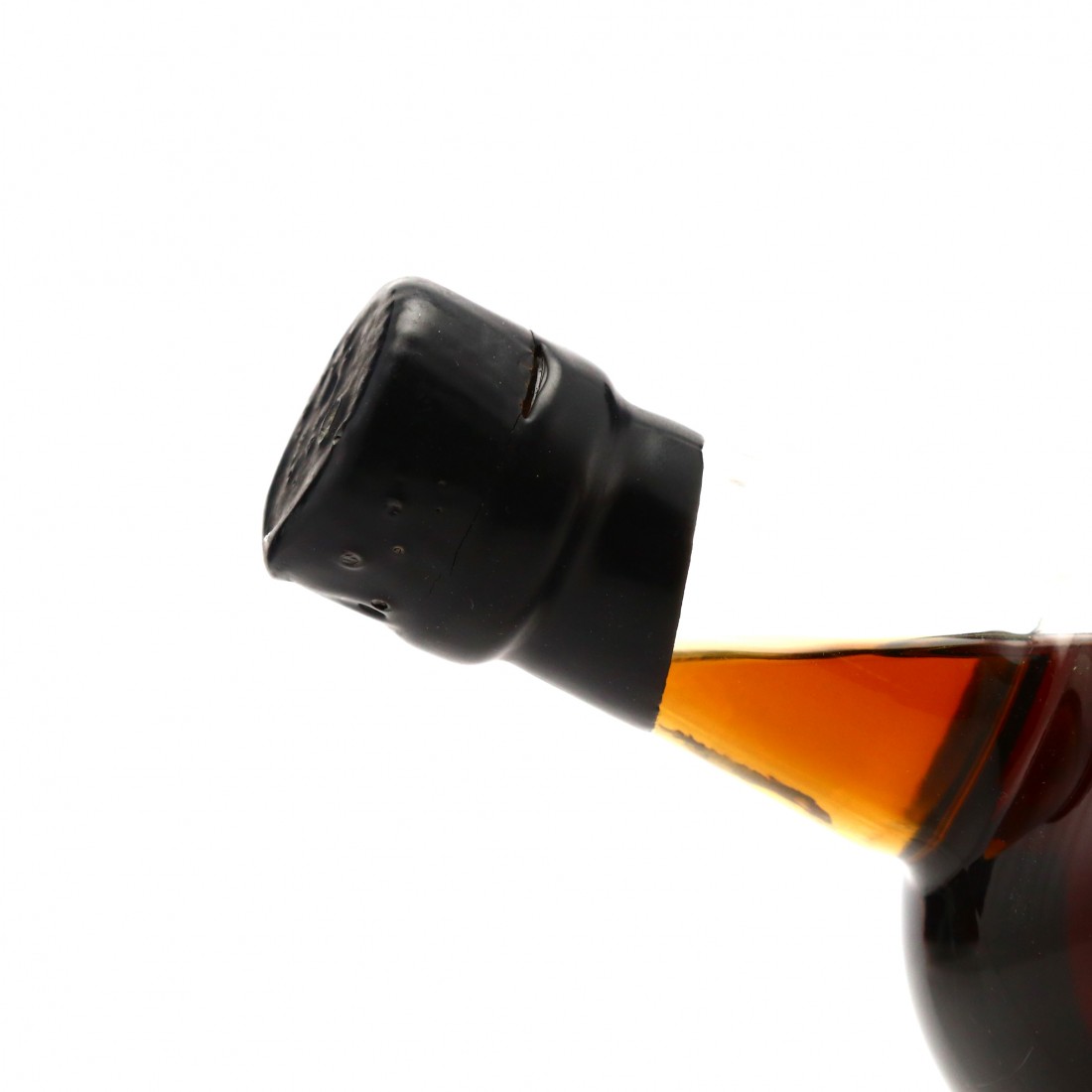 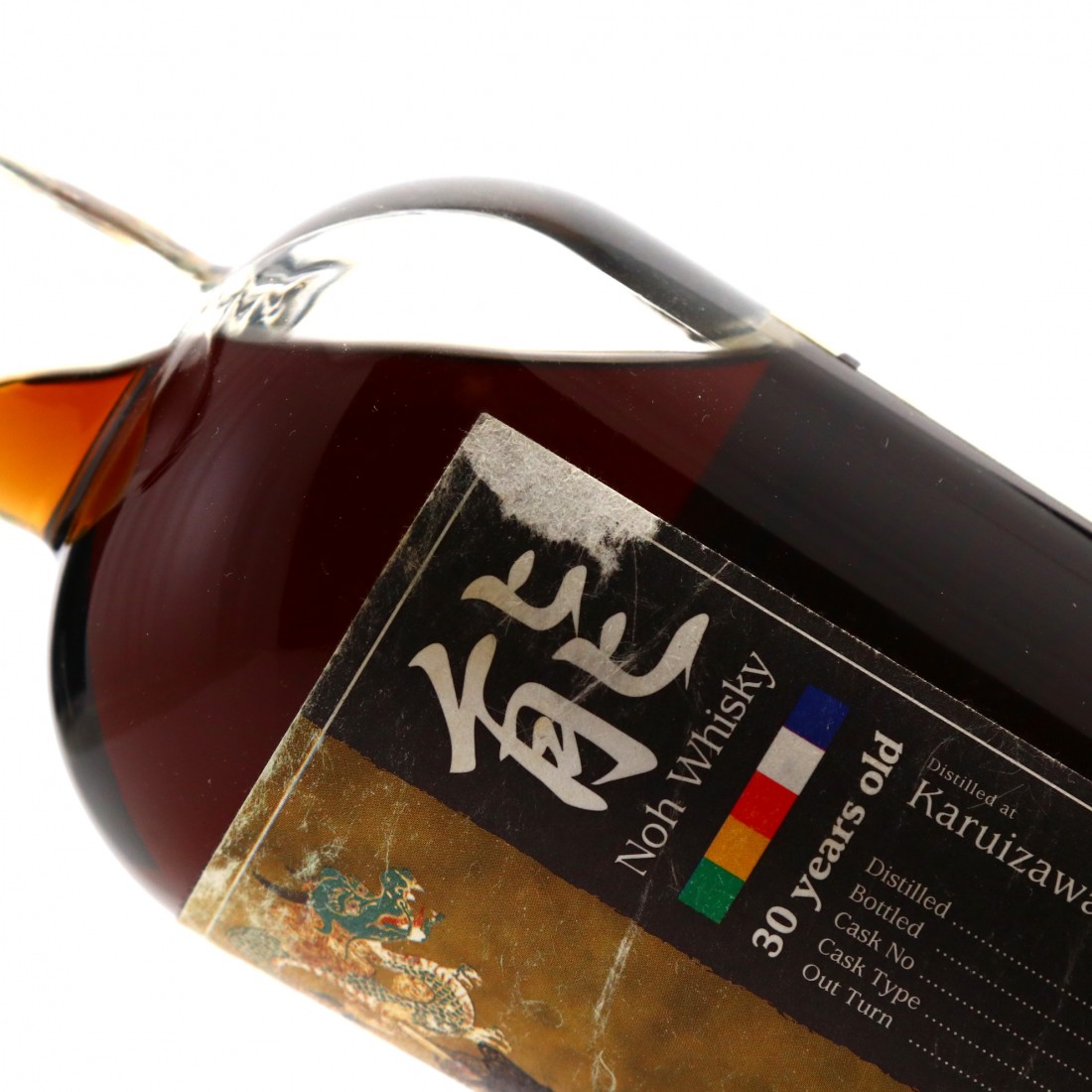 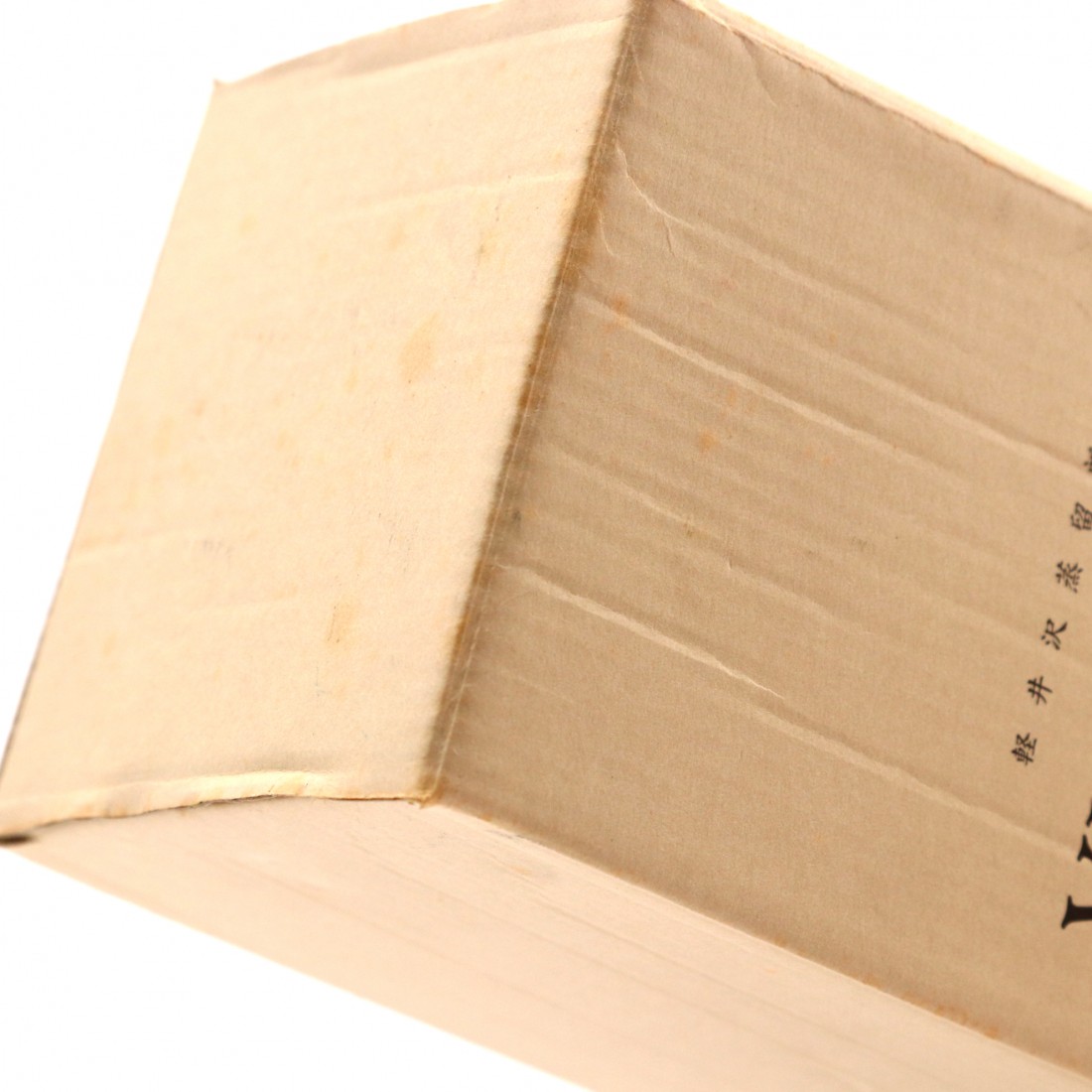 This series features different masks used in Noh, one of Japan's traditional performing arts.  This label features a scene taken from the Noh play, "Ama" (the Fisher girl).

This limited release was distilled in 1977 and bottled in 2008 after 30 years of maturation.

Produced from a single Sherry Butt, cask #7026, which yielded only 528 bottles.