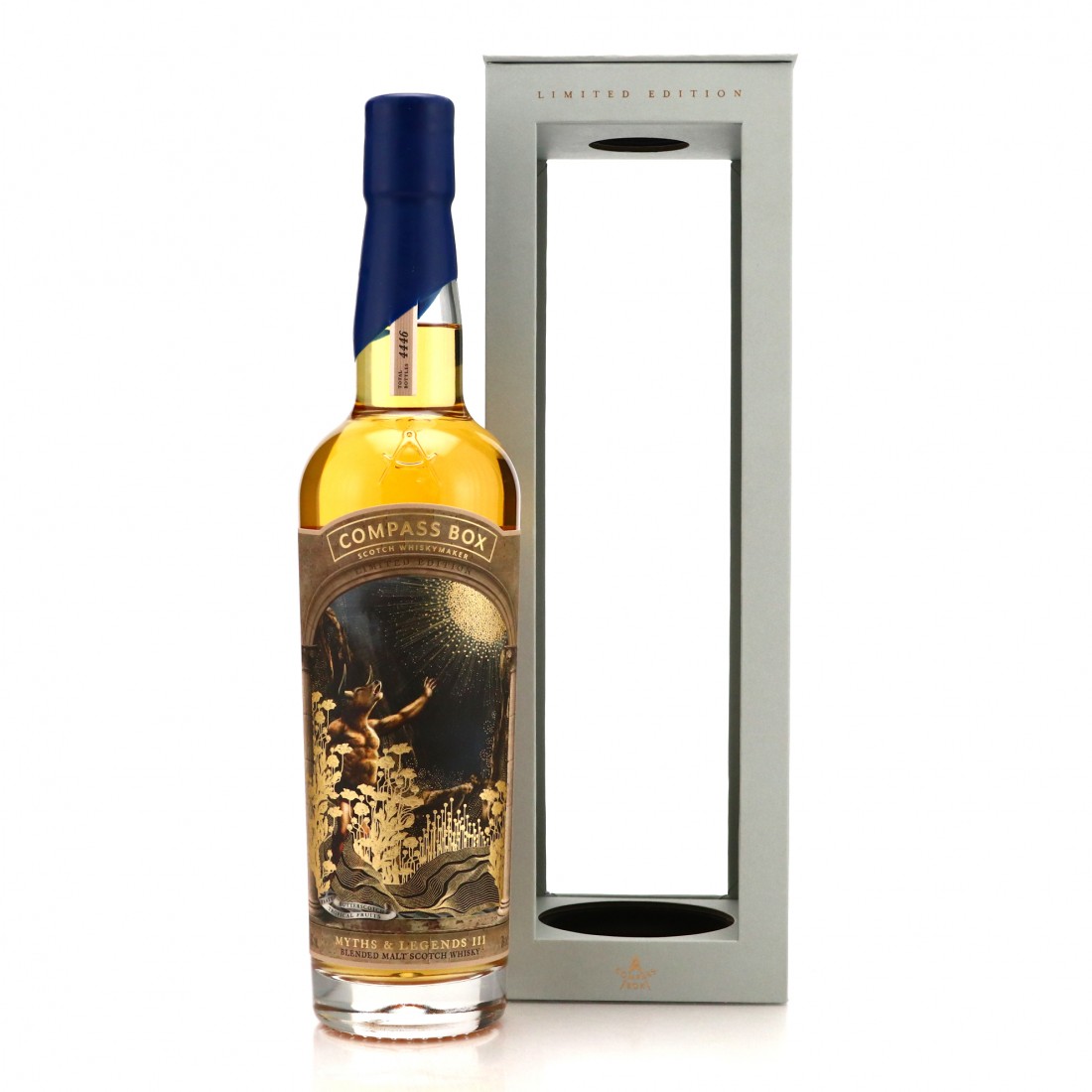 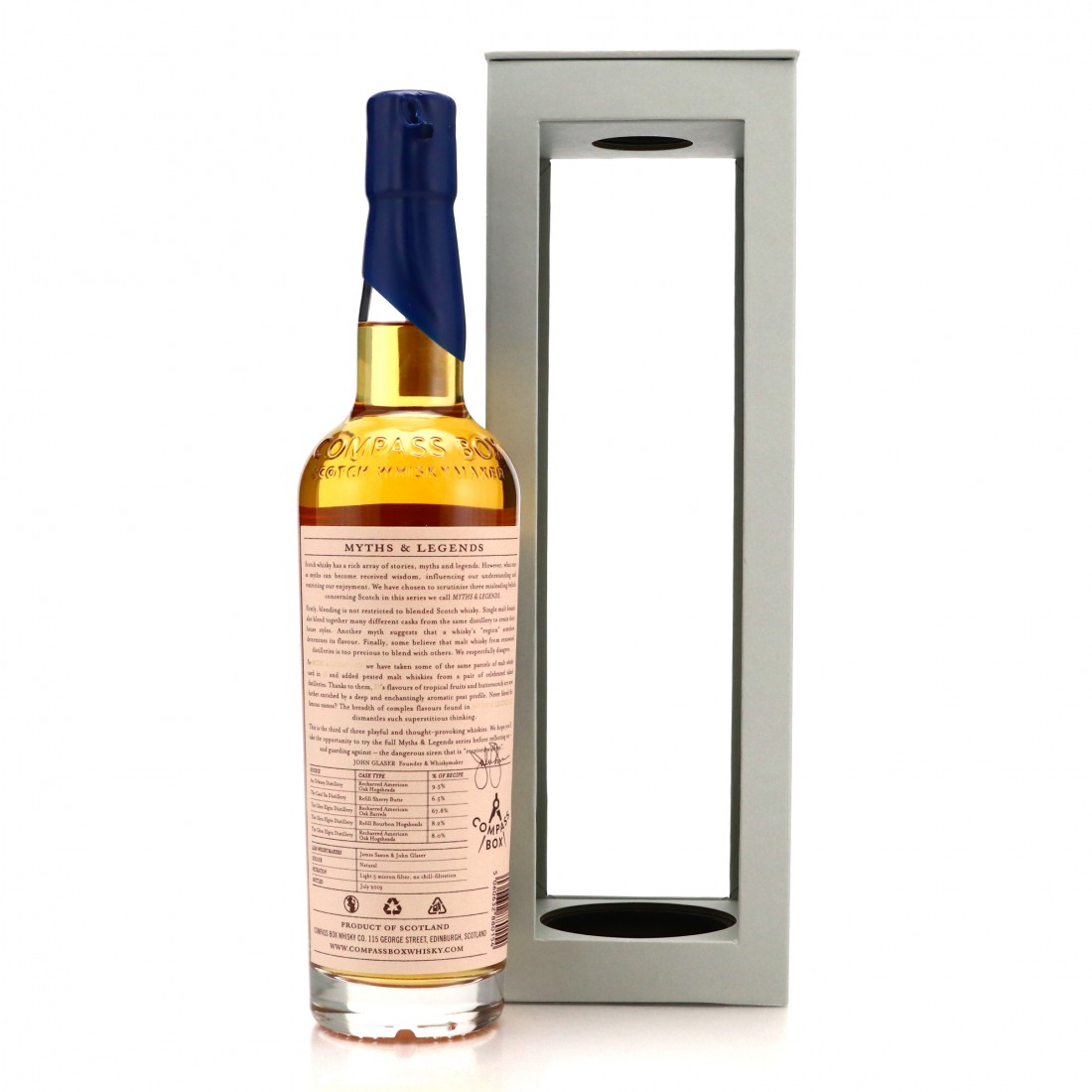 A blended malt from Compass Box, this was the third in a series of three bottlings in their 2019 limited edition Myths & Legends series. Unusually, part I and II were both single malts.

Compass Box used some of the parcels of stock used to create the Glen Elgin Myth & Legends II, and added peated malts from from a pair of 'celebrated island distilleries'. Bottled in July 2019, this is one of 4446 bottles.