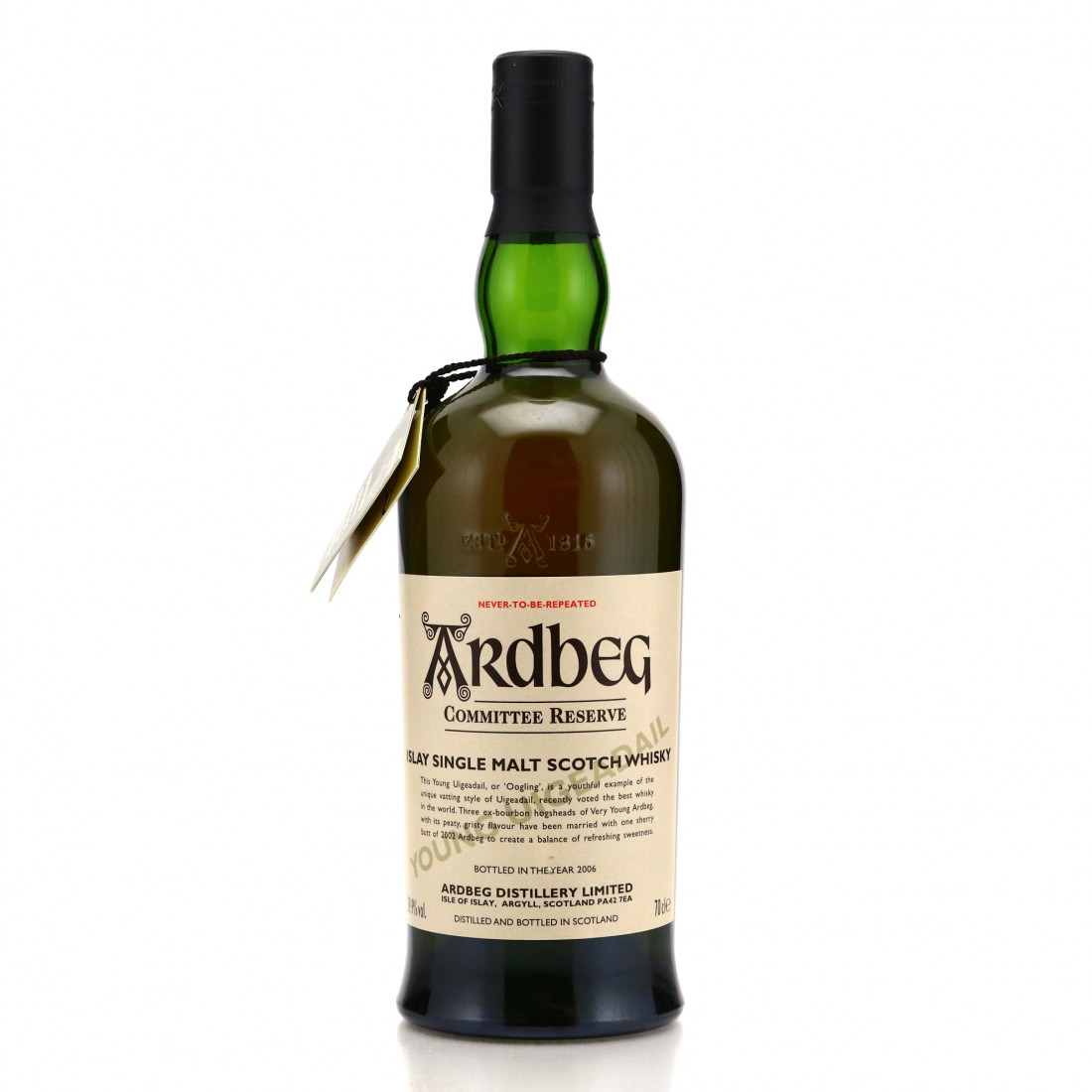 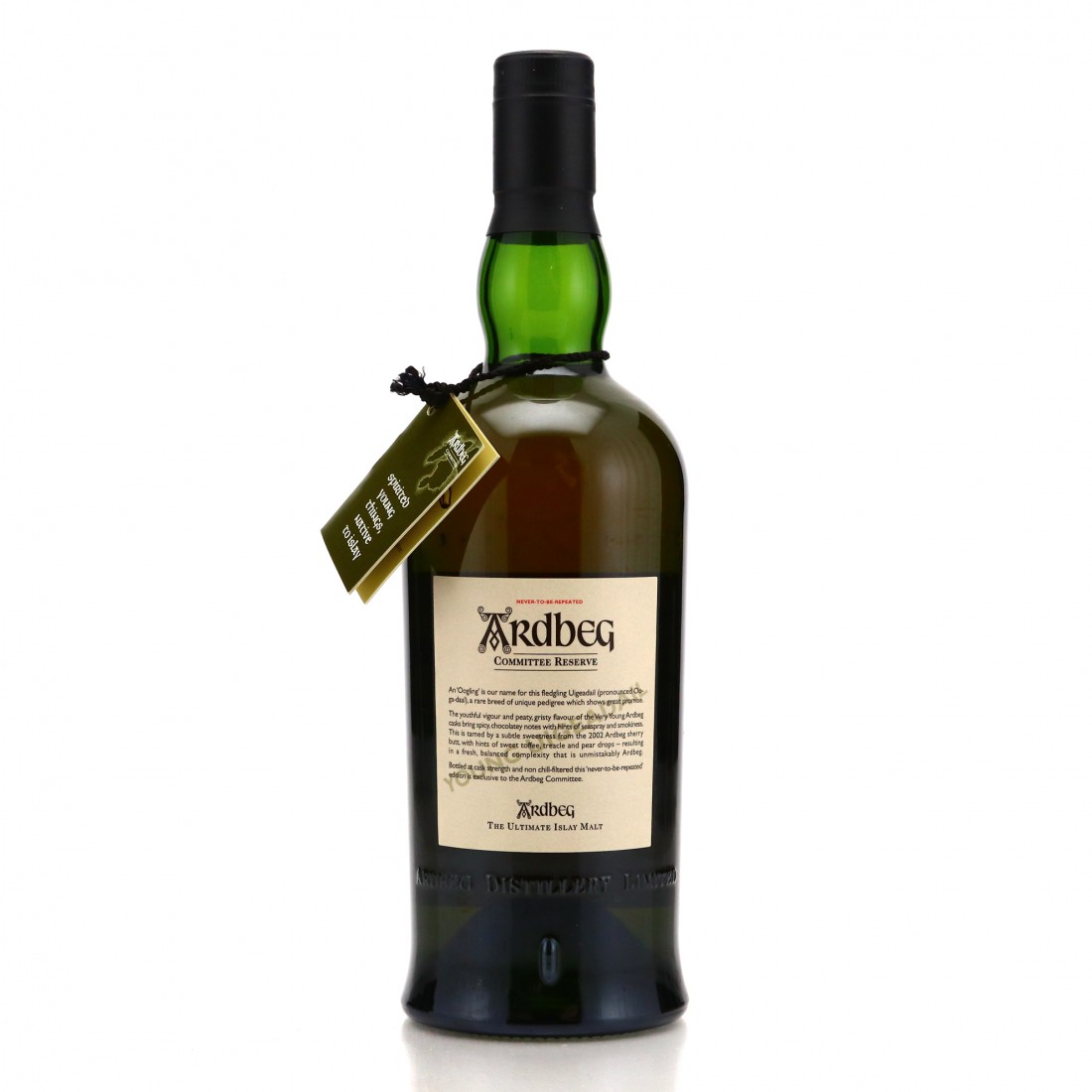 The very desirable Ardbeg "Oogling," a young cask strength version of the popular Uigeadeal expression introduced in 2003, and pronounced [oog-a-dal]. This 2006 Committee Reserve was only available to the Ardbeg Committee, with a very limited 1,392 bottles released.

To create the vatting, three ex-bourbon hogshead of Very Young Ardbeg were married with one sherry butt distilled in 2002.