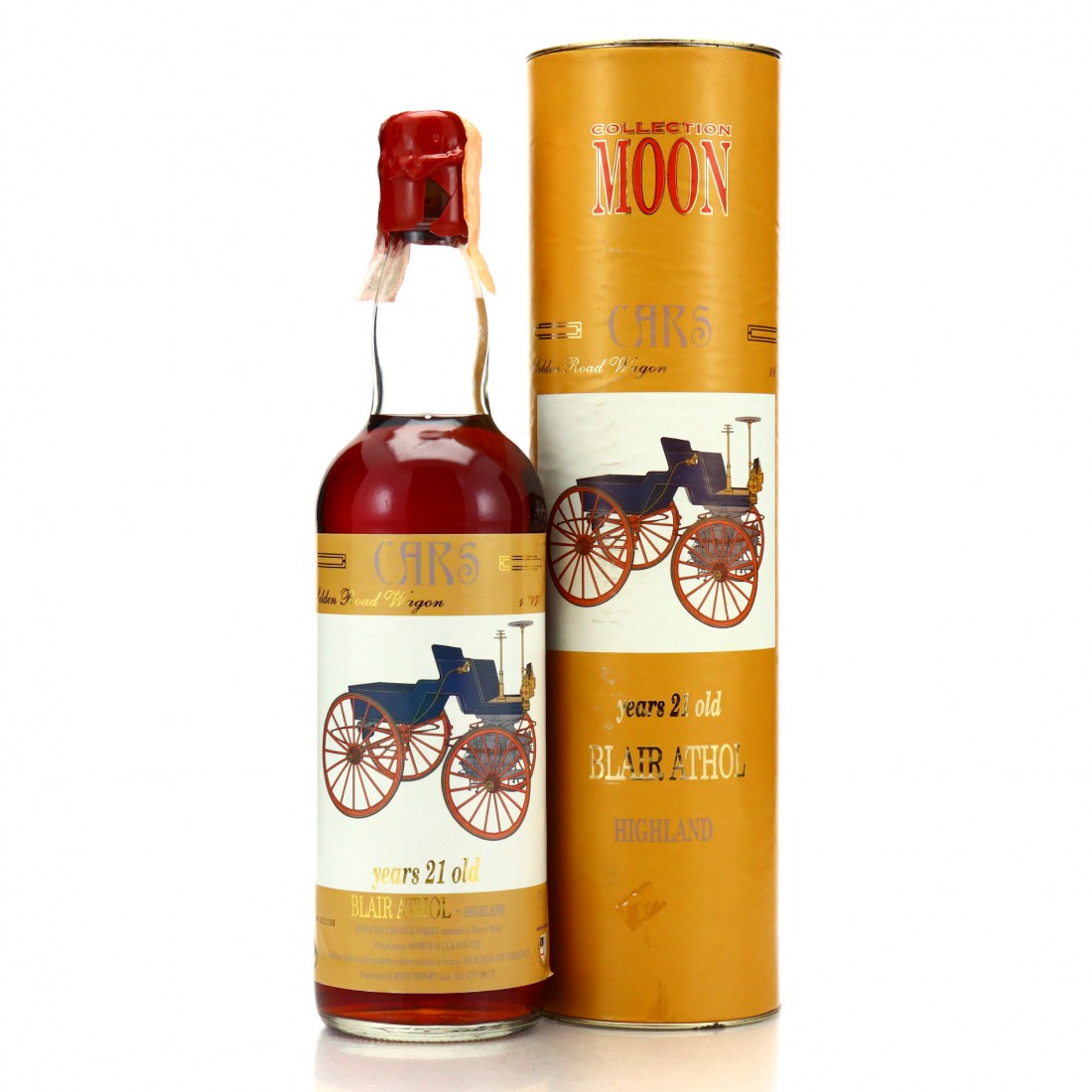 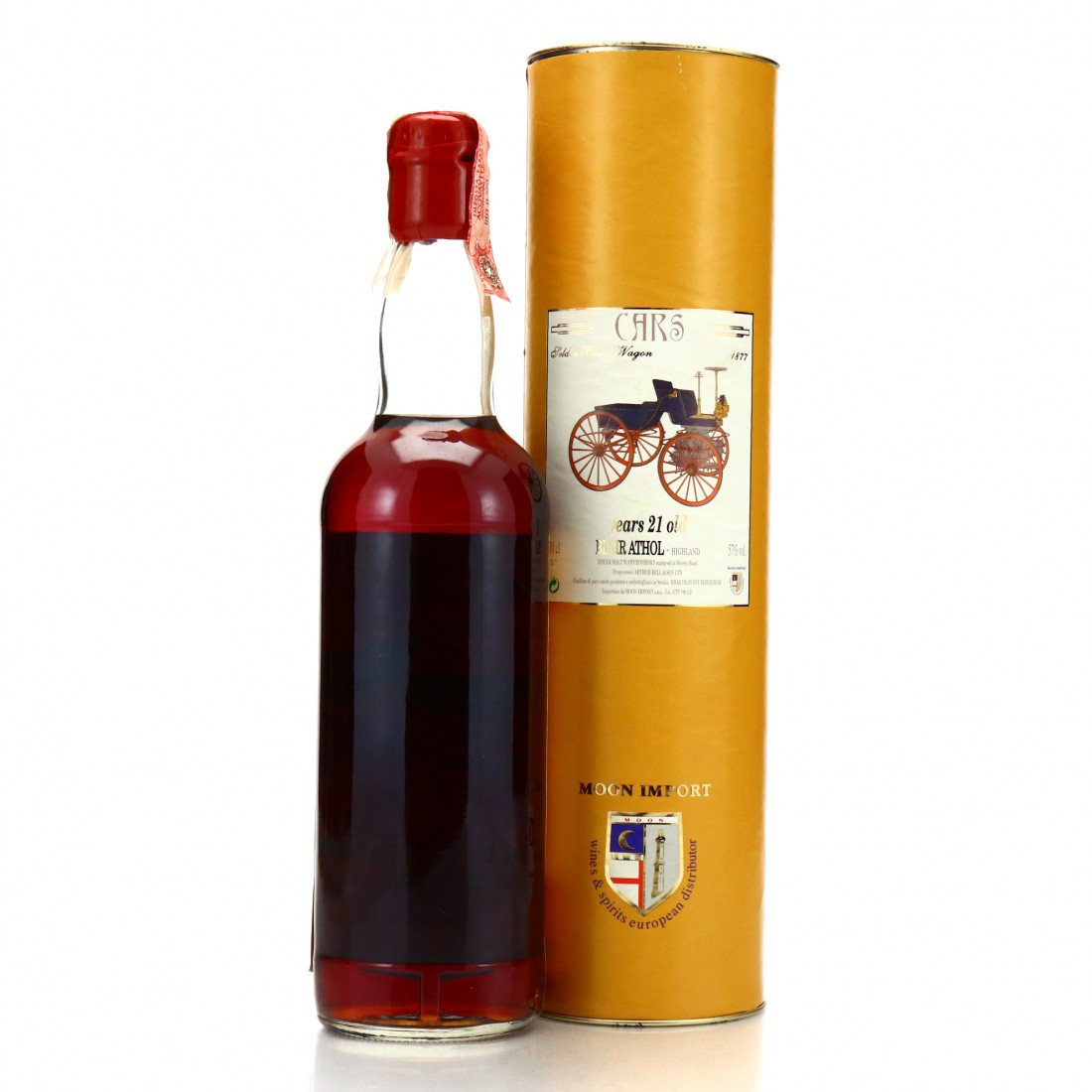 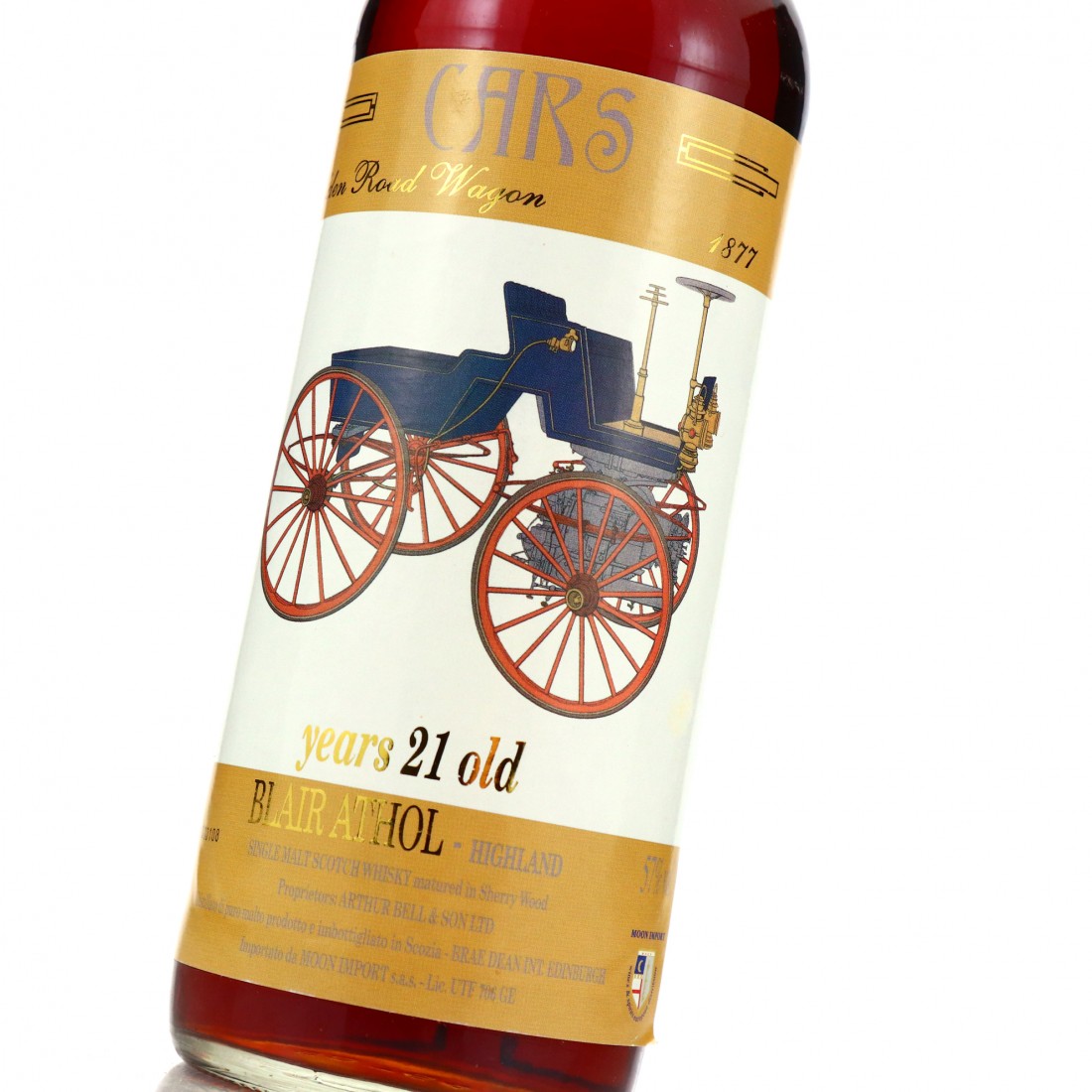 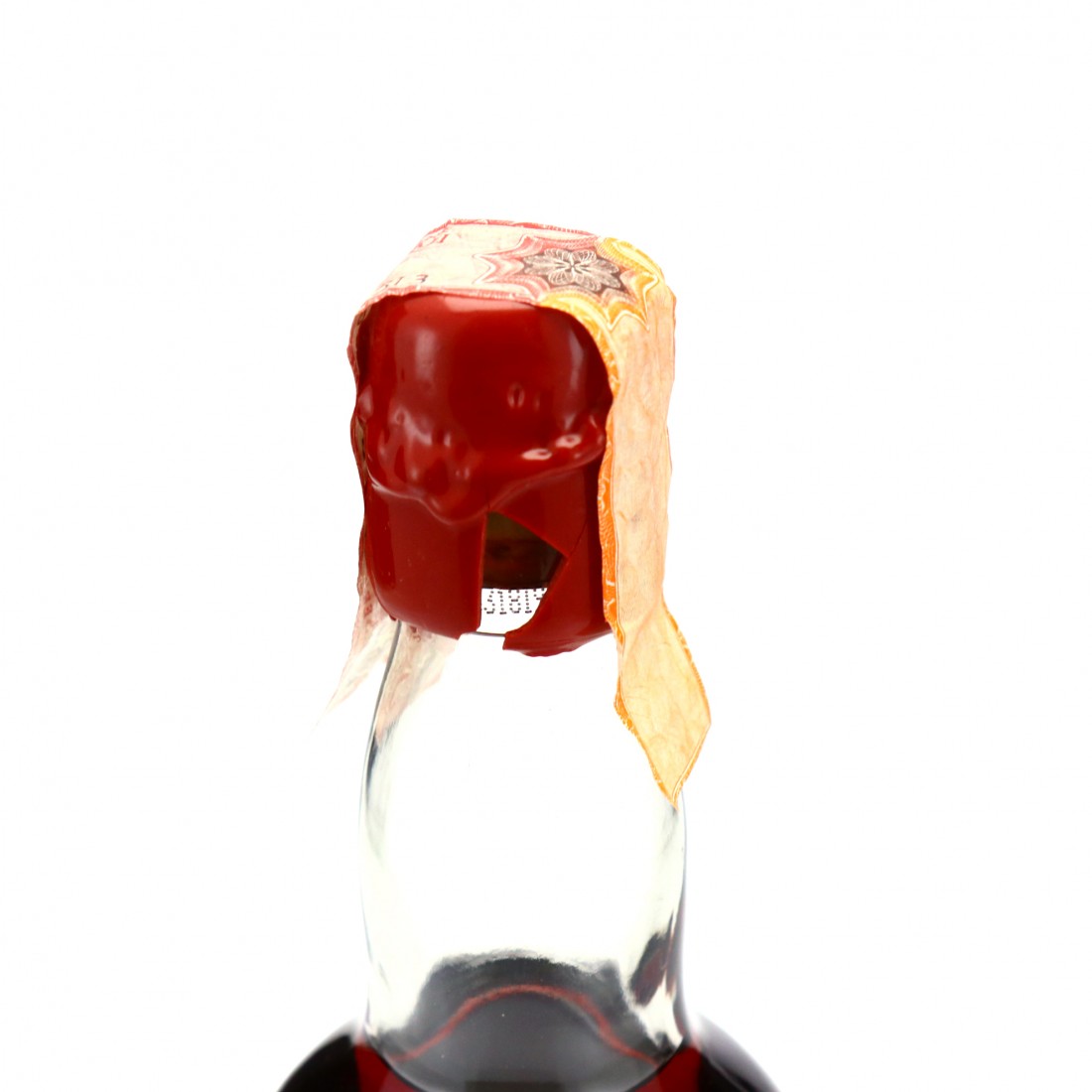 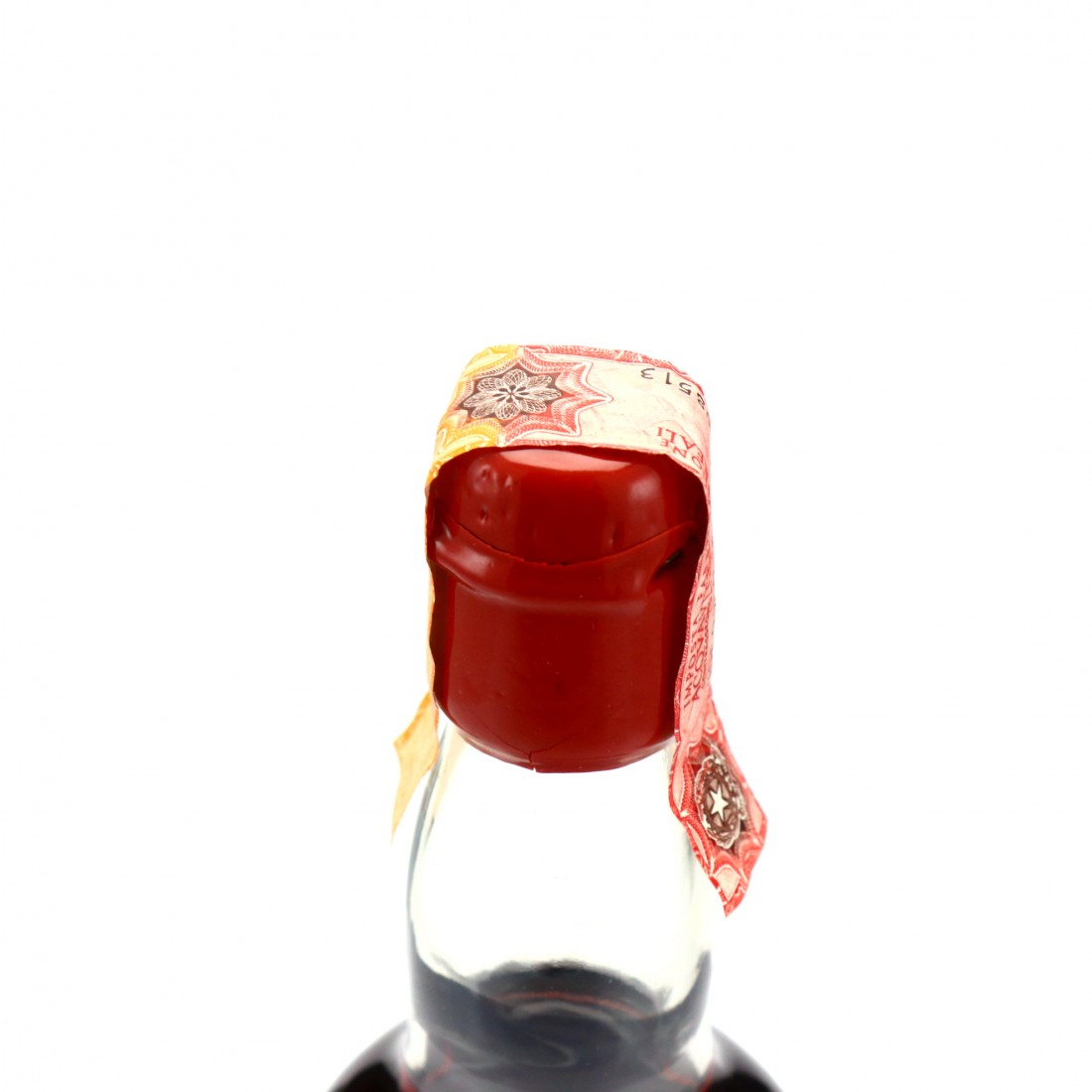 This is a very rare bottling of Blair Athol, which was bottled at 21 years old as part of The Cars series. It features a Selden Road Wagon on the label. One of 245.

Blair Athol distillery is one of Scotland's oldest, dating back into the late 18th century. Its modern story begins when it was closed down by Peter Mackenzie in 1932, and was purchased by Arthur Bell & Sons the following year. Distilling recommenced in 1949, and with Blair Athol malt at its heart, Bell's became one of the world's best-selling whiskies. Despite its importance to the blend, Blair Athol was also bottled as a single malt under the Bell's banner in the 1970s and 1980s. New owners, Guinness, were less interested in this when they took over in 1985, but their subsequent iteration, United Distillers, brought a back distillery bottling with the Flora & Fauna release. Despite its popularity, Blair Athol has yet to be bottled under its own single malt brand. Other official bottlings from the Diageo era are very rare too, however the distillery has regularly provided casks to independent companies, many of whom have bottled some exceptional releases.