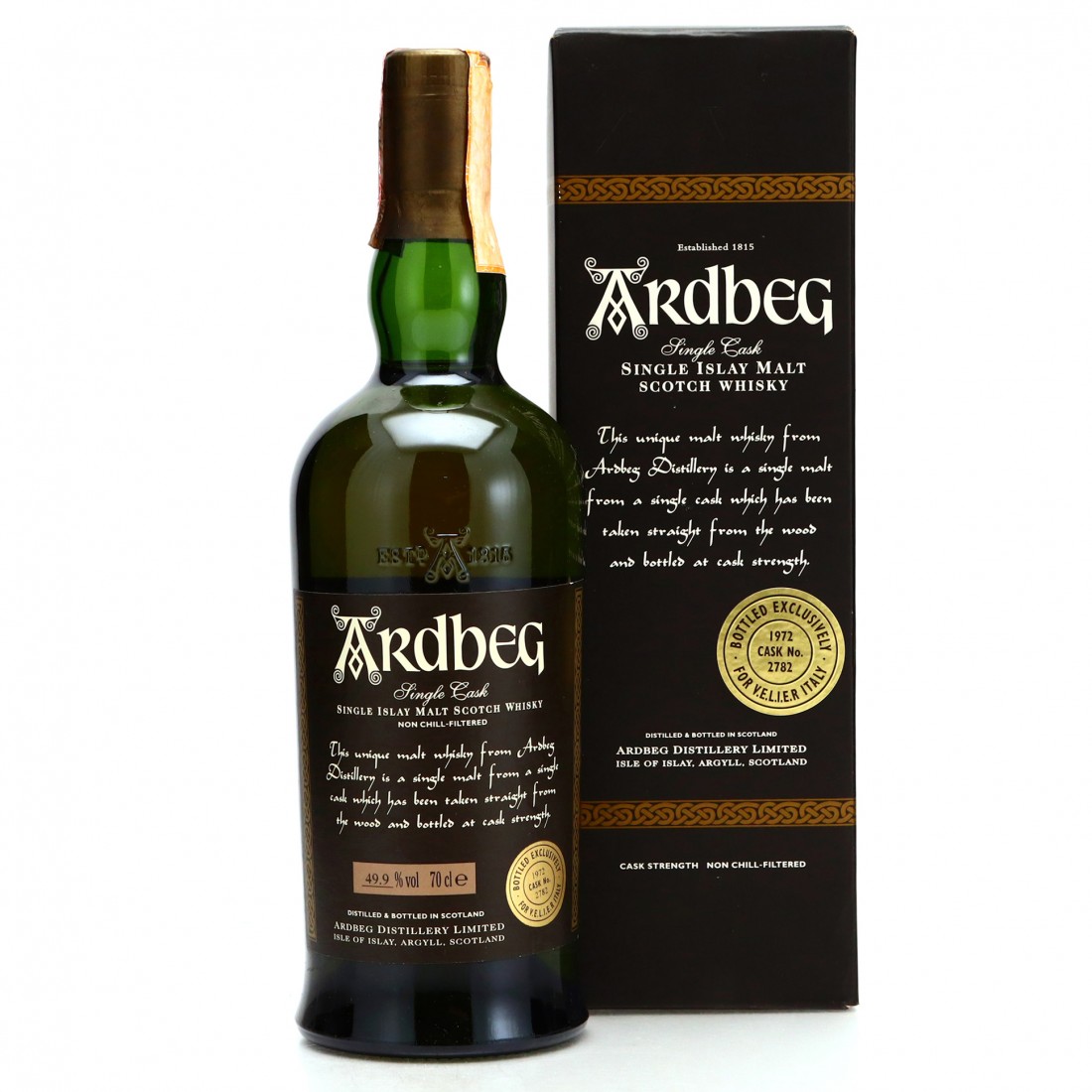 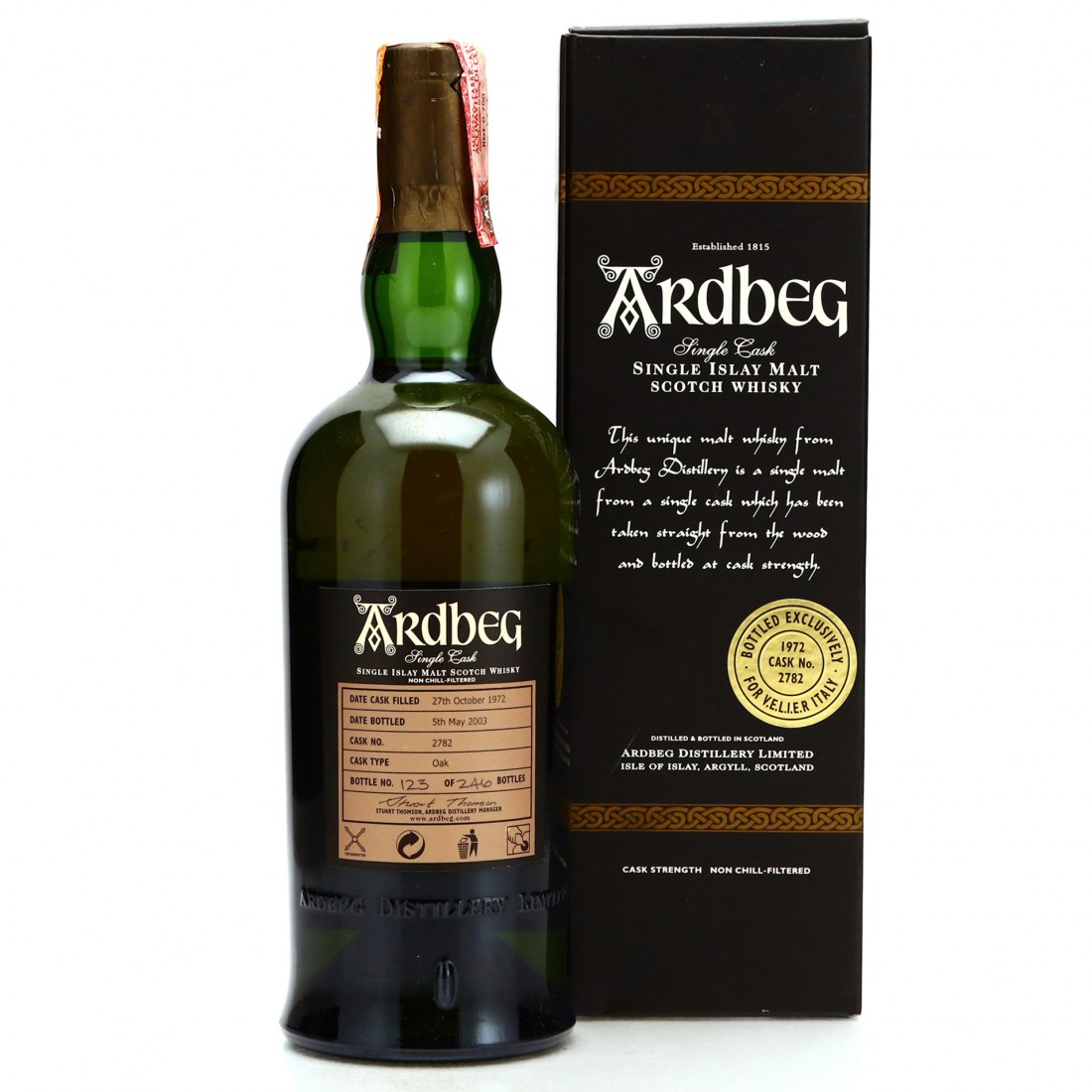 A single cask Ardbeg filled on 27th October 1972, and bottled at cask strength 30 years later on the 5th May 2003. This whisky was bottled exclusively for Velier in Italy from Cask #2782