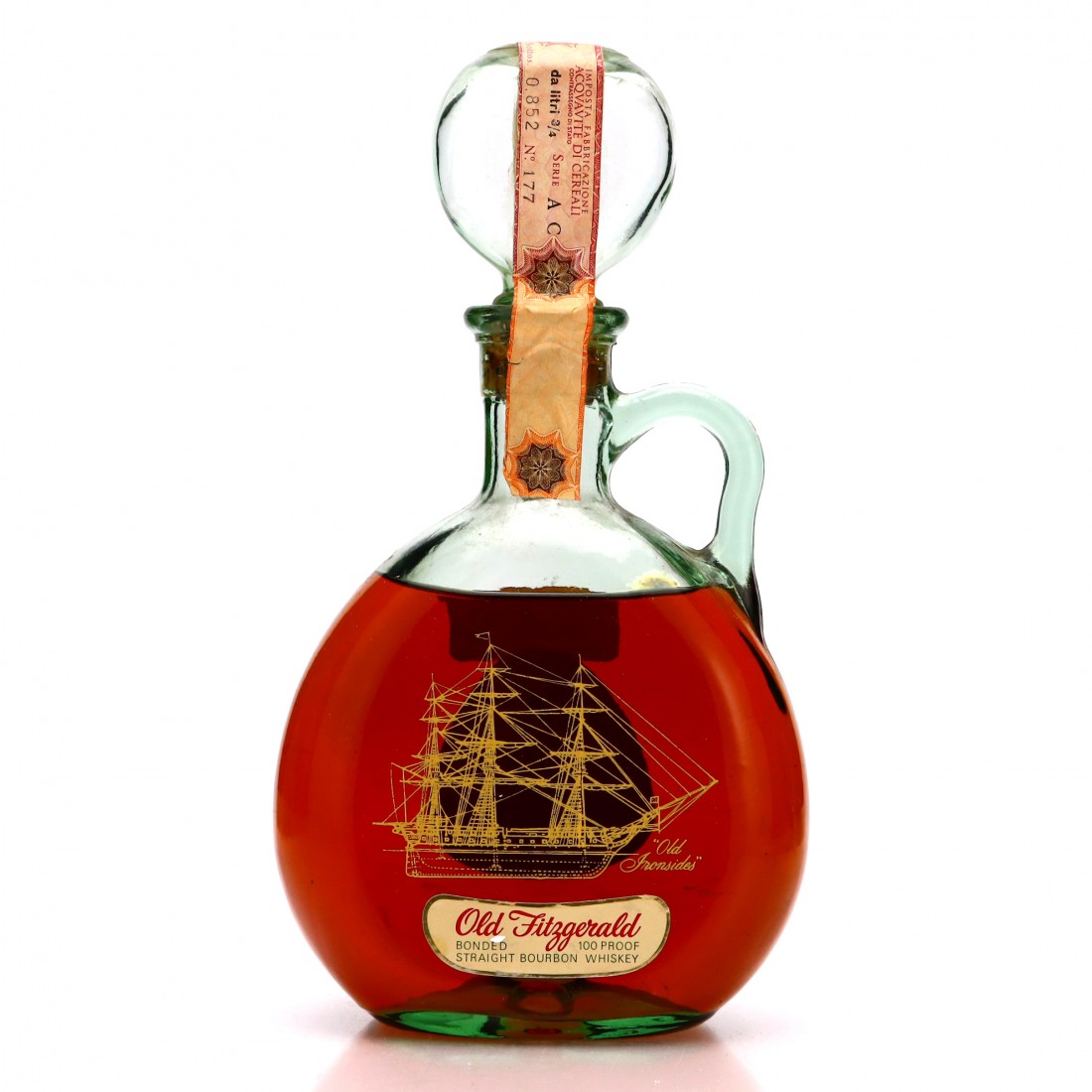 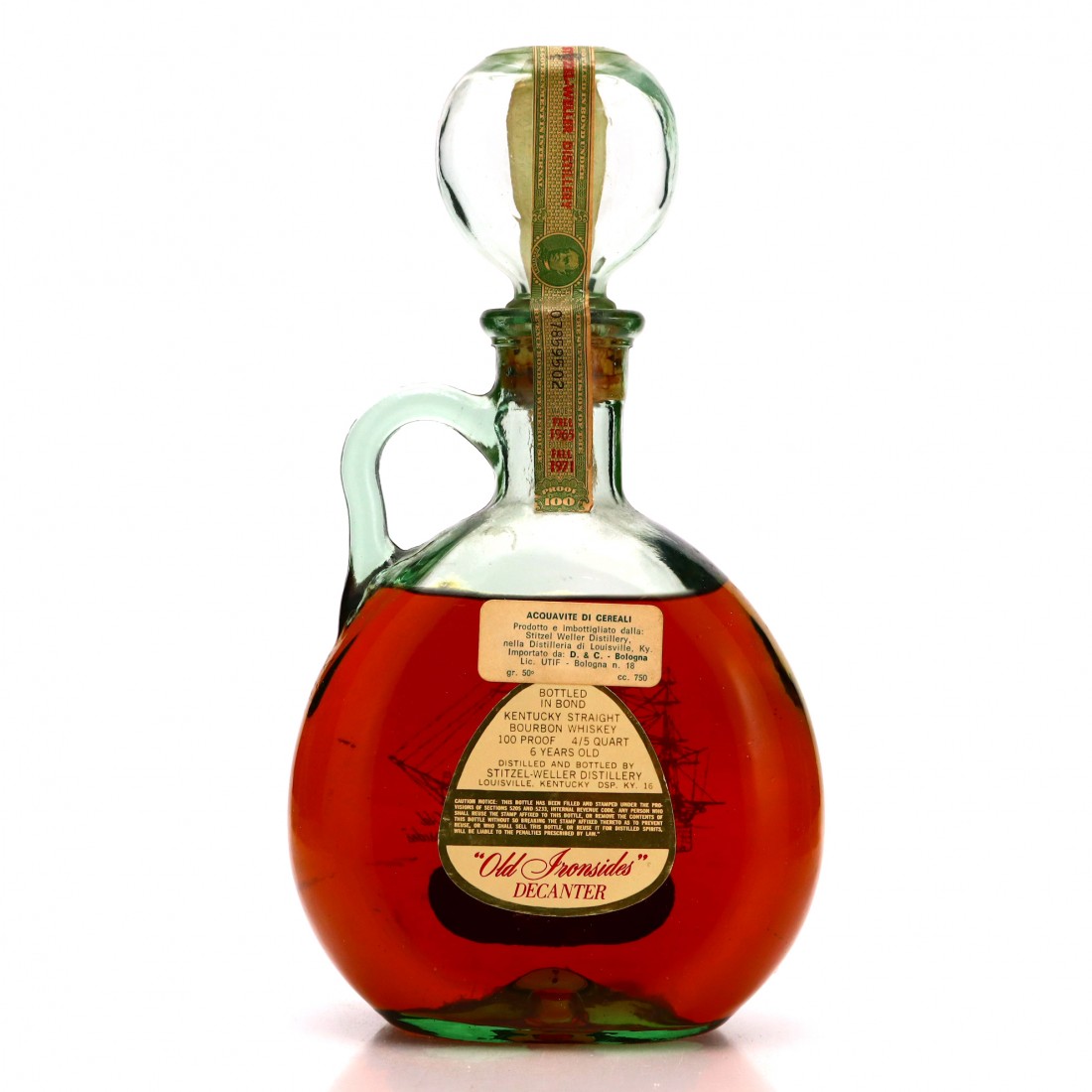 This is a Stitzel-Weller era version of the brand. It was distilled in 1965 and bottled in 1971 while the Van Winkle family were still in charge at the distillery. The first Old Fitzgerald decanters were bottled in 1951, and a huge variety were produced over the following two decades. This glass bottle is the Old Ironsides Decanter.