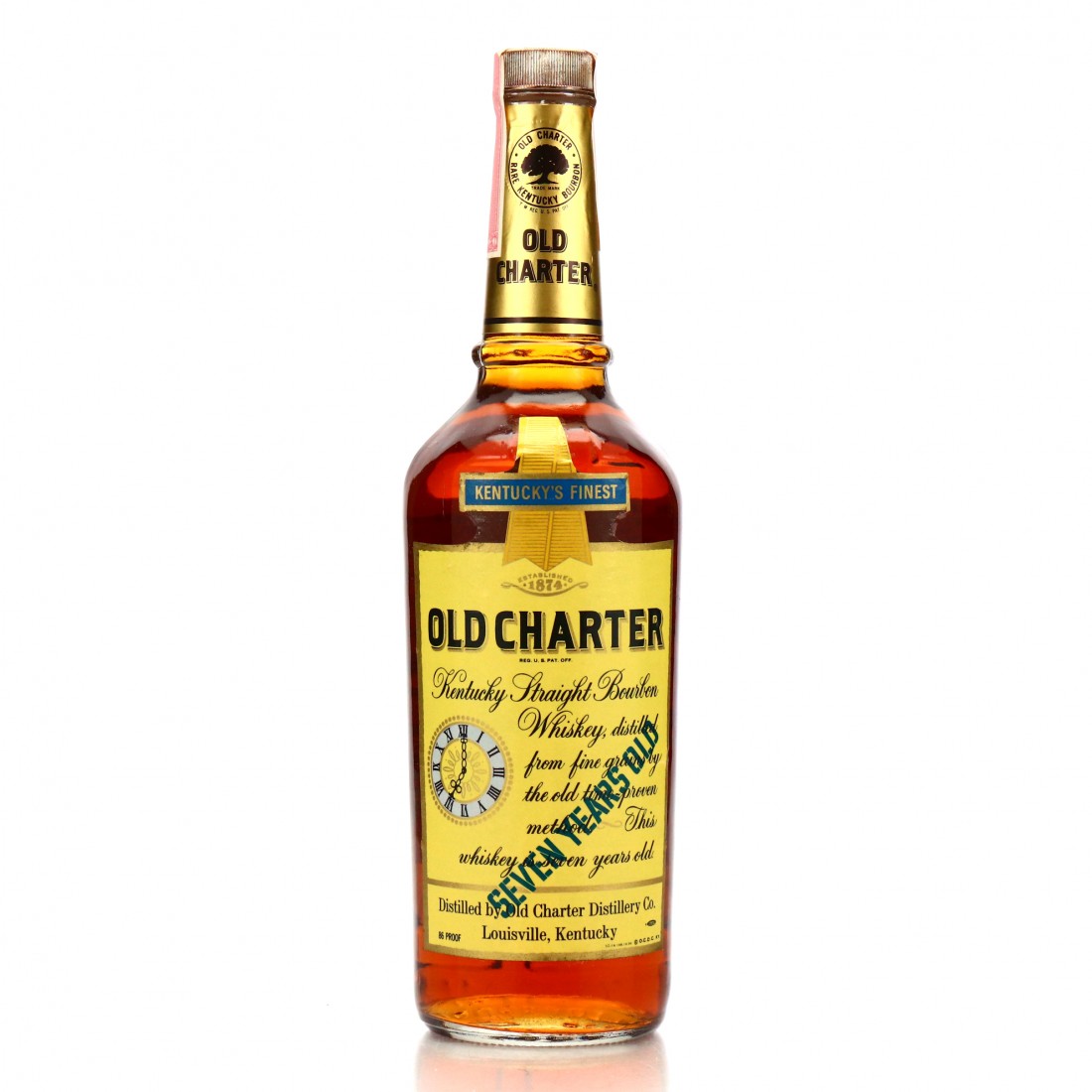 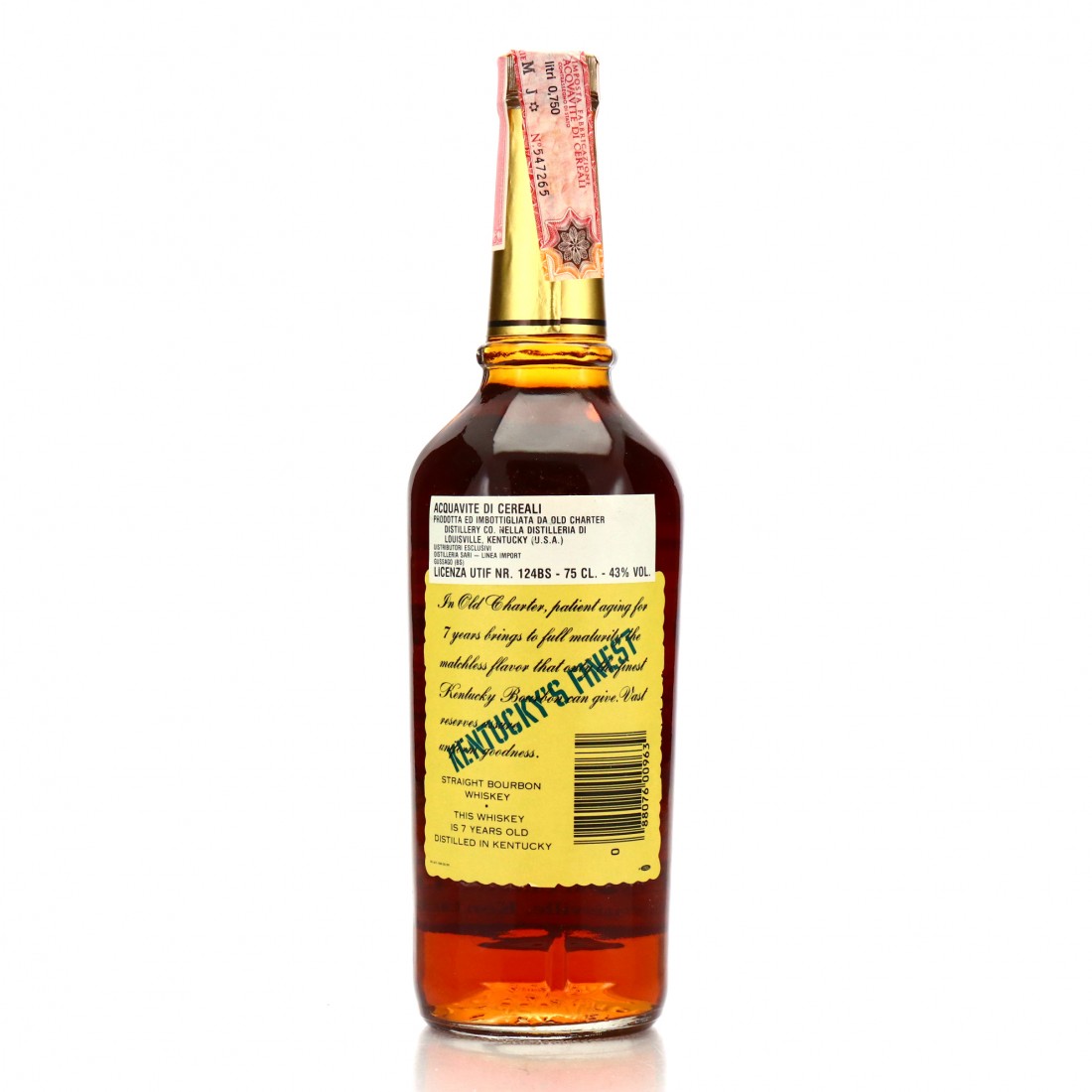 Old Charter is a pre-Prohibition bourbon brands created by the Chapeze brothers in the late 19th century. At the close of Prohibition in 1933, the brand was bought by the Bernheim distillery, which later became part of the Schenley empire in 1937. Schenley were one of the "big four" distilling companies that emerged in the post-repeal landscape, alongside Seagram, National Distillers and Hiram Walker. Production of Old Charter remained at Bernheim for most of that century, and was considered one of the company's prize assets. In fact, it was initially Old Charter that original Age International bosses, Ferdie Falke and Bob Baranaskas, had attempted to buy from Schenley, who offered them George T. Stagg (now Buffalo Trace) instead. When Schenley were bought by United Distillers in 1987, their subsequent iteration (Diageo) eventually divested from bourbon and Old Charter was sold along with the Weller brand to the Sazerac company.

This is an old 1970s bottle, produced by Schenley at Bernheim distillery.

Bernheim is a historic Kentucky distillery. It was established by the Bernheim Brothers in the late 19th century, before passing into the hands of the Schenley company following the repeal of Prohibition. When Schenley were bought over by United Distillers in 1987, the distillery was rebuilt as the new owners looked to consolidate their production to a single facility. Diageo's later divestment from bourbon saw the distillery sold to Heaven Hill in 1999.