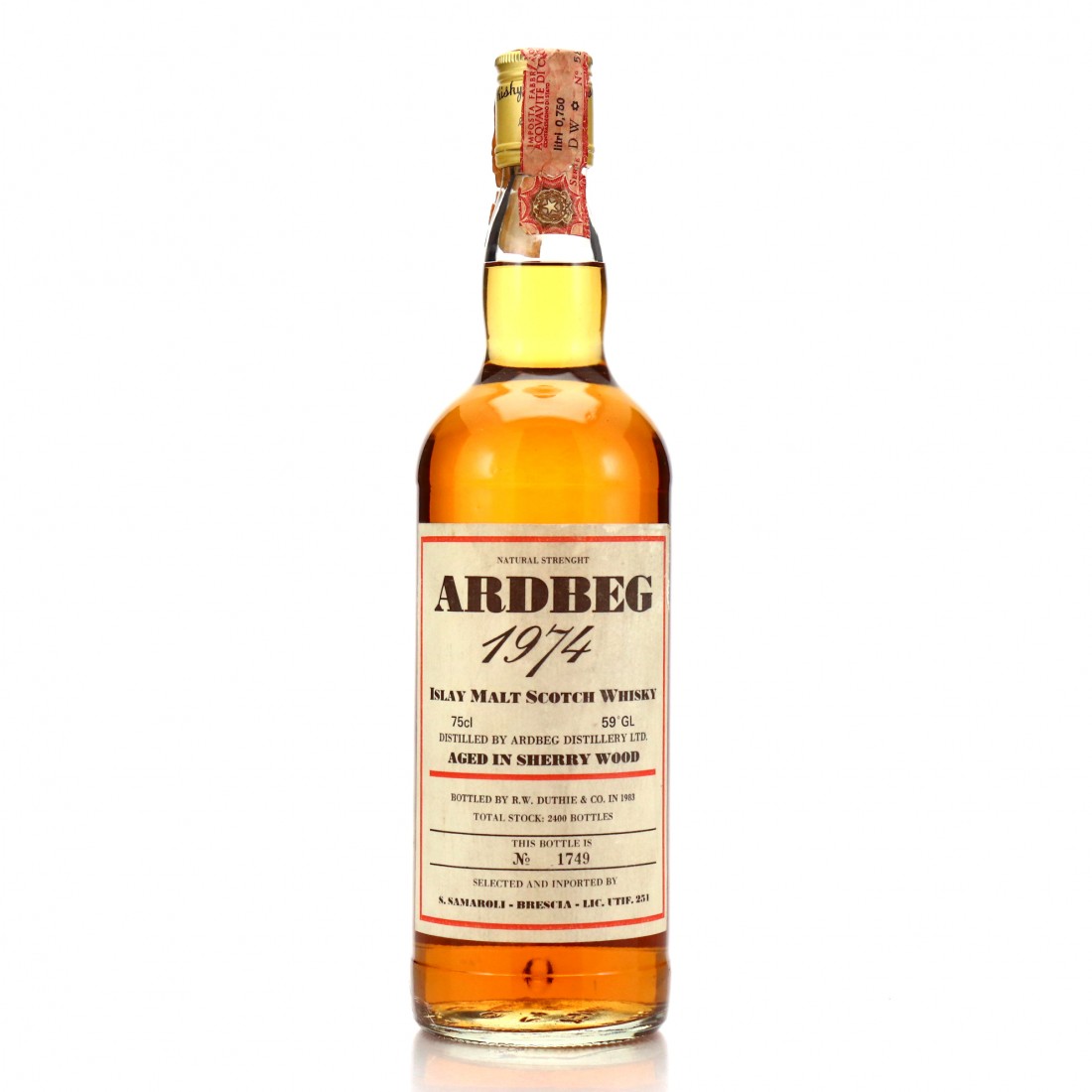 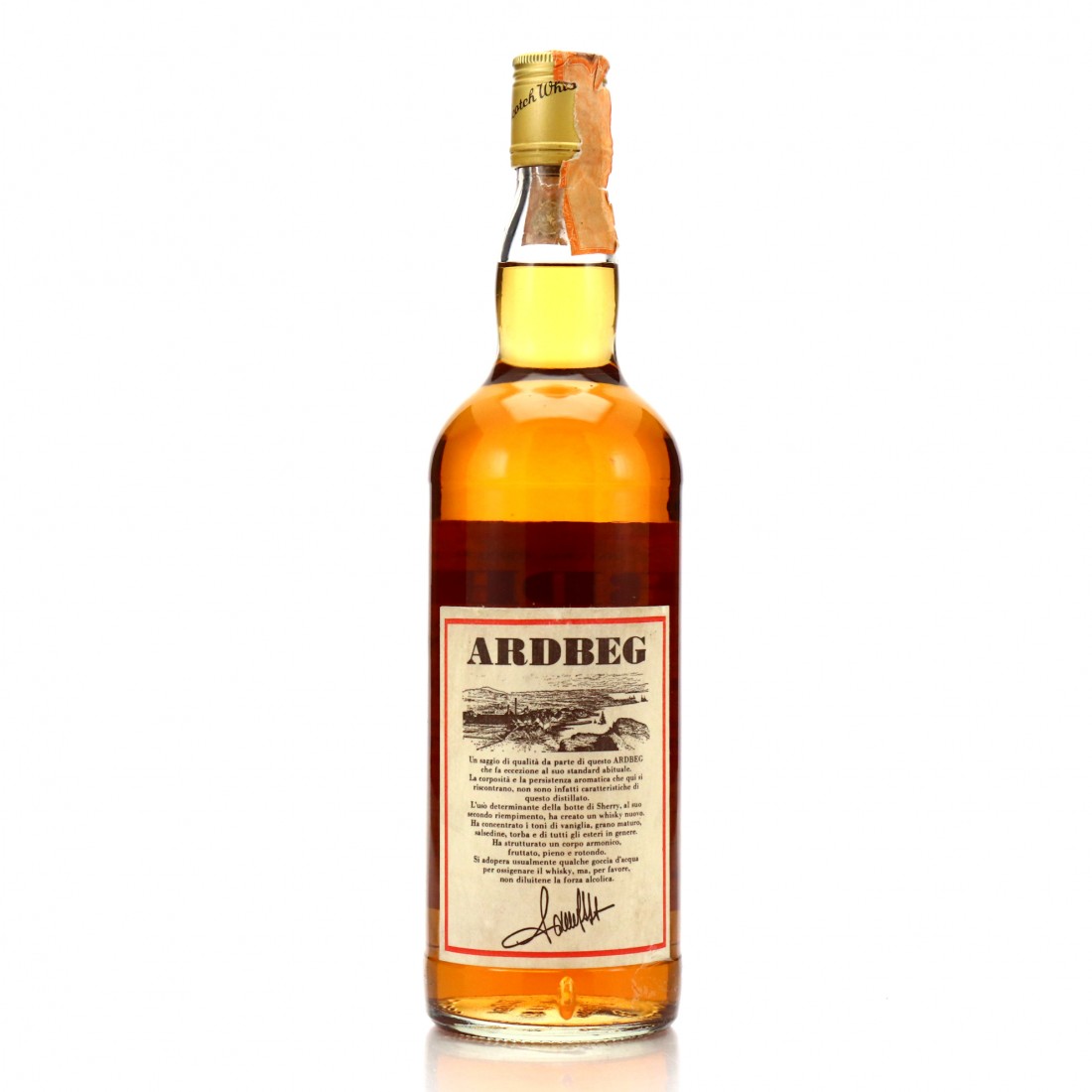 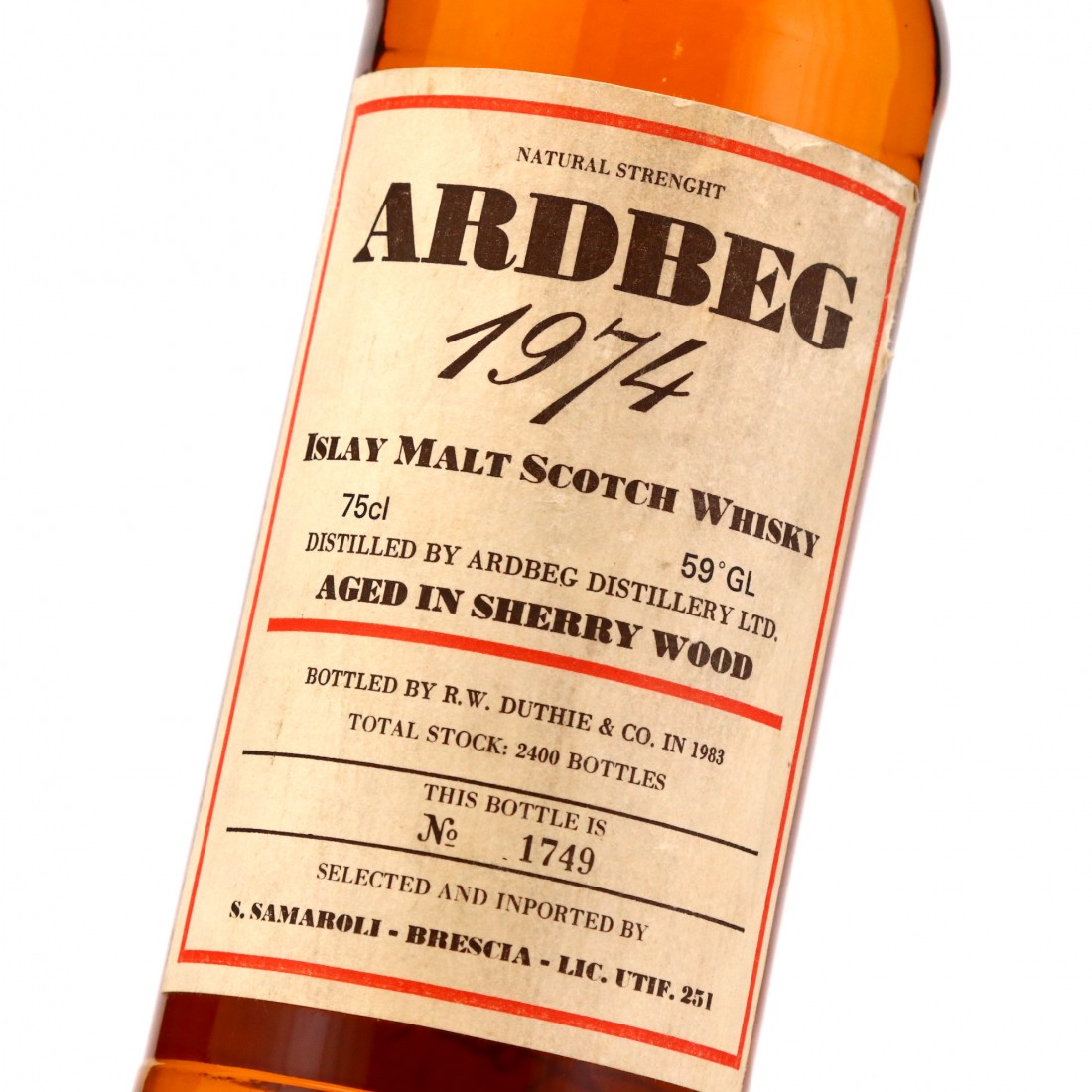 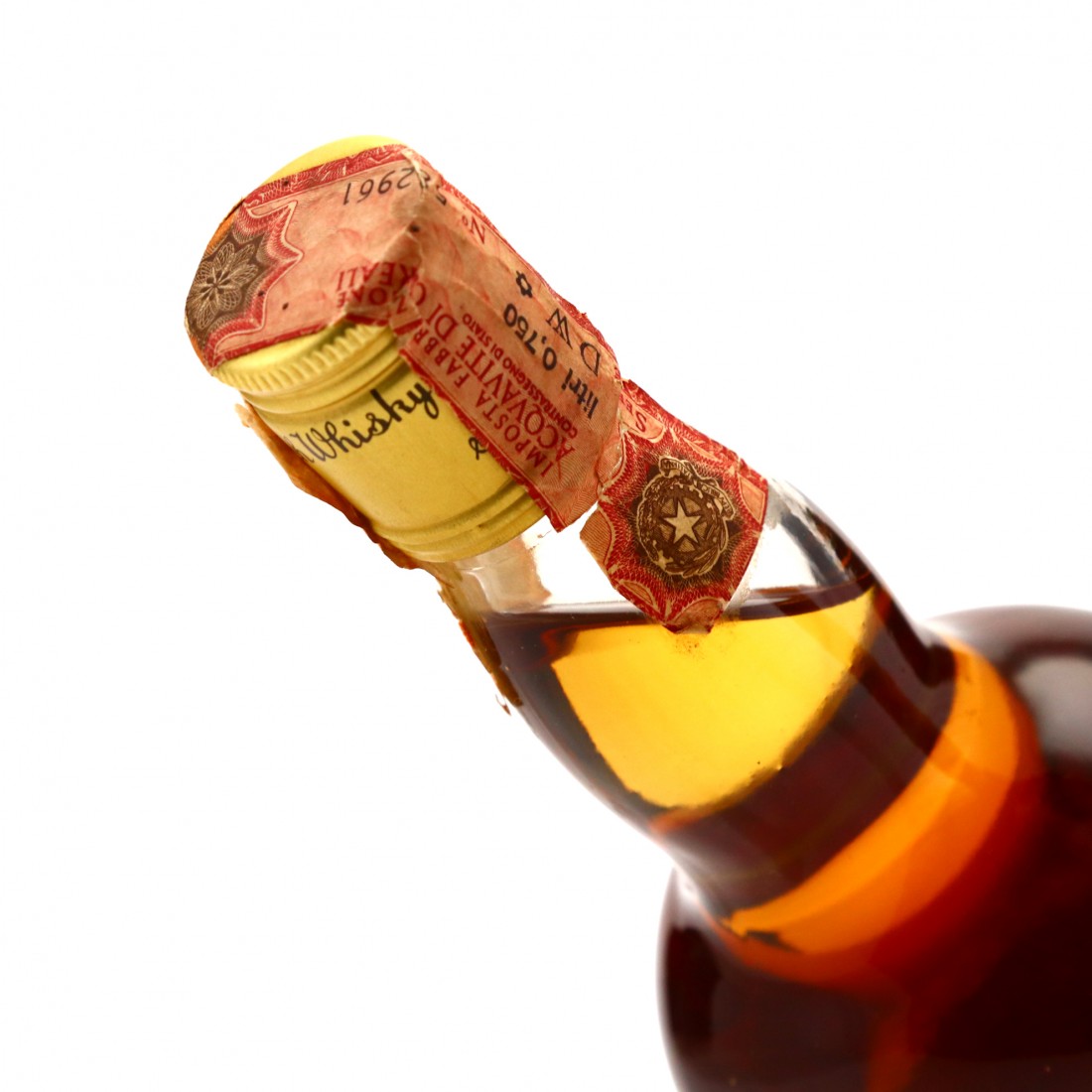 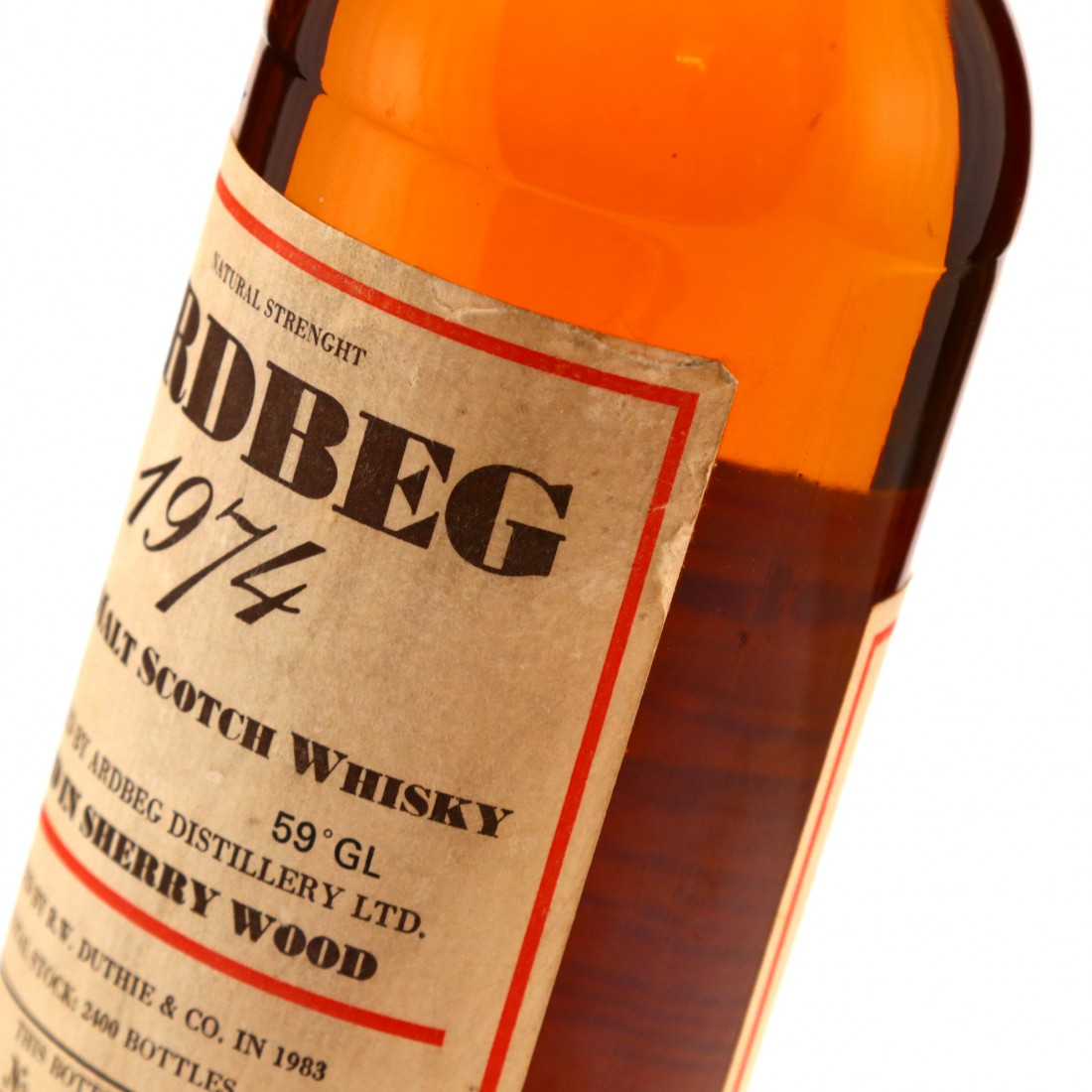 One of two 1974 vintage Ardbeg produced for Silvano Samaroli. Samaroli is perhaps Italy's most revered independent bottler of Scotch whisky. With an impeccable taste in single cask whiskies, and an eye for aesthetics (if not English spelling at times!), he is regarded by many as a visionary. Many of his bottles now occupy deserved sports in pantheon of whisky greats.

Bottled in 1983 at cask strength after maturing in sherry wood, by long-time business partners R.W. Duthie of Aberdeen. Almost unbelievably, Samaroli reportedly had great difficulty selling this first release in his Ardbeg series. It was not until a few years later that demand for the peaty flavours began to increase in Italy.