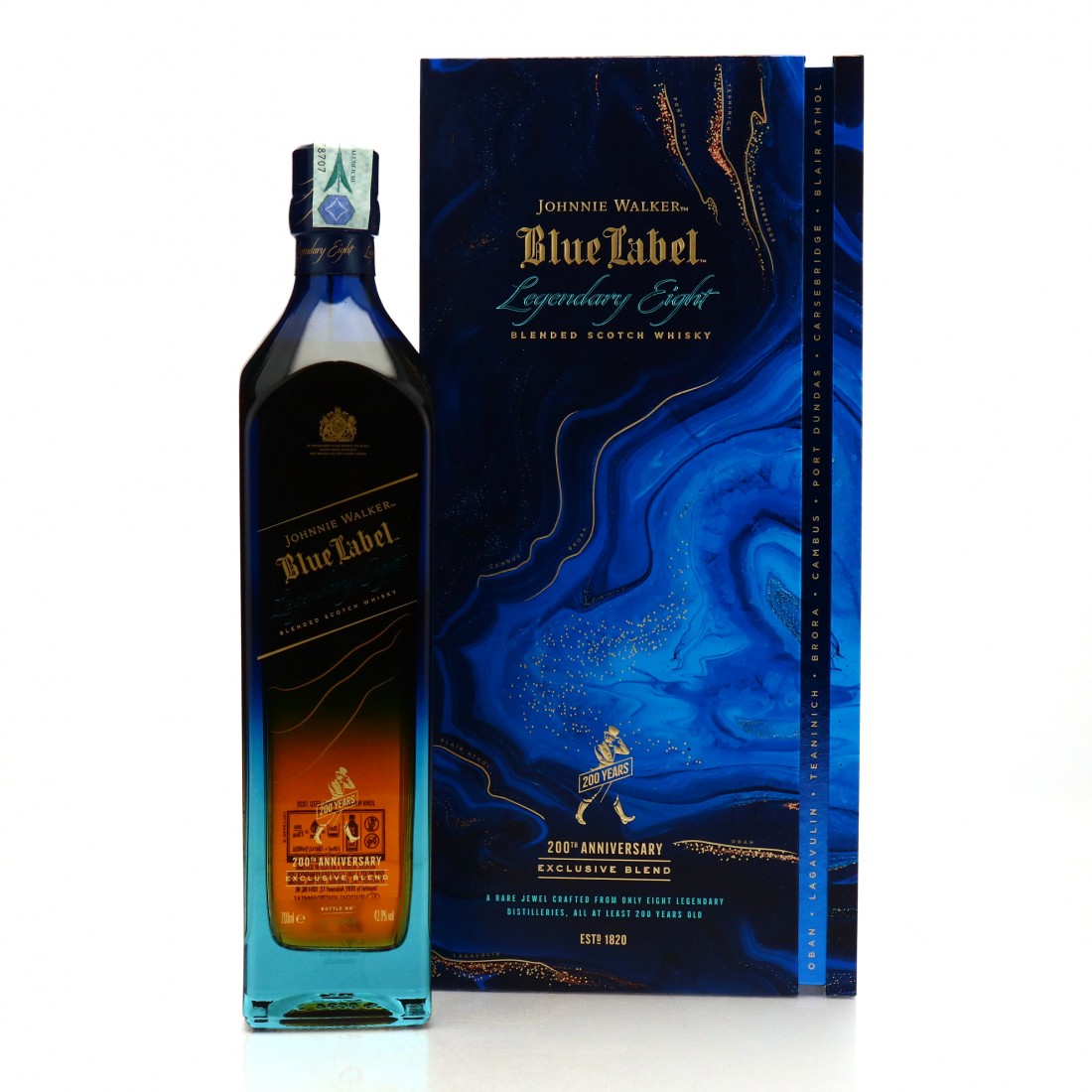 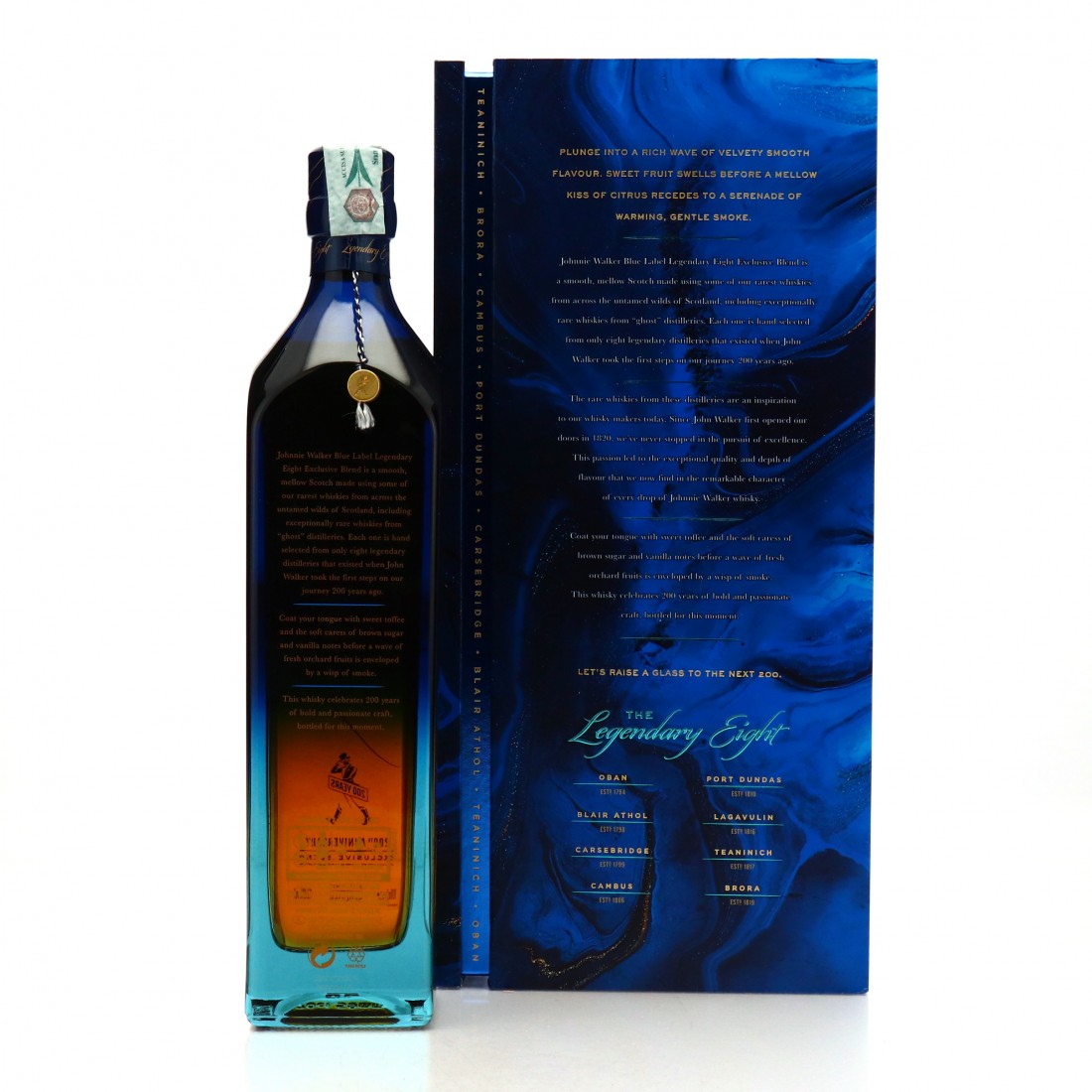 A special edition bottling of Blue Label to celebrate the 200th anniversary of Scotland’s most famous name in blending.

The Legendary Eight is made up of whisky from Oban, Blair Athol, Lagavulin, Teaninich, Brora, Cambus, Port Dundas and Carsebridg. All of these distrilleries have been operating for over 200 years.