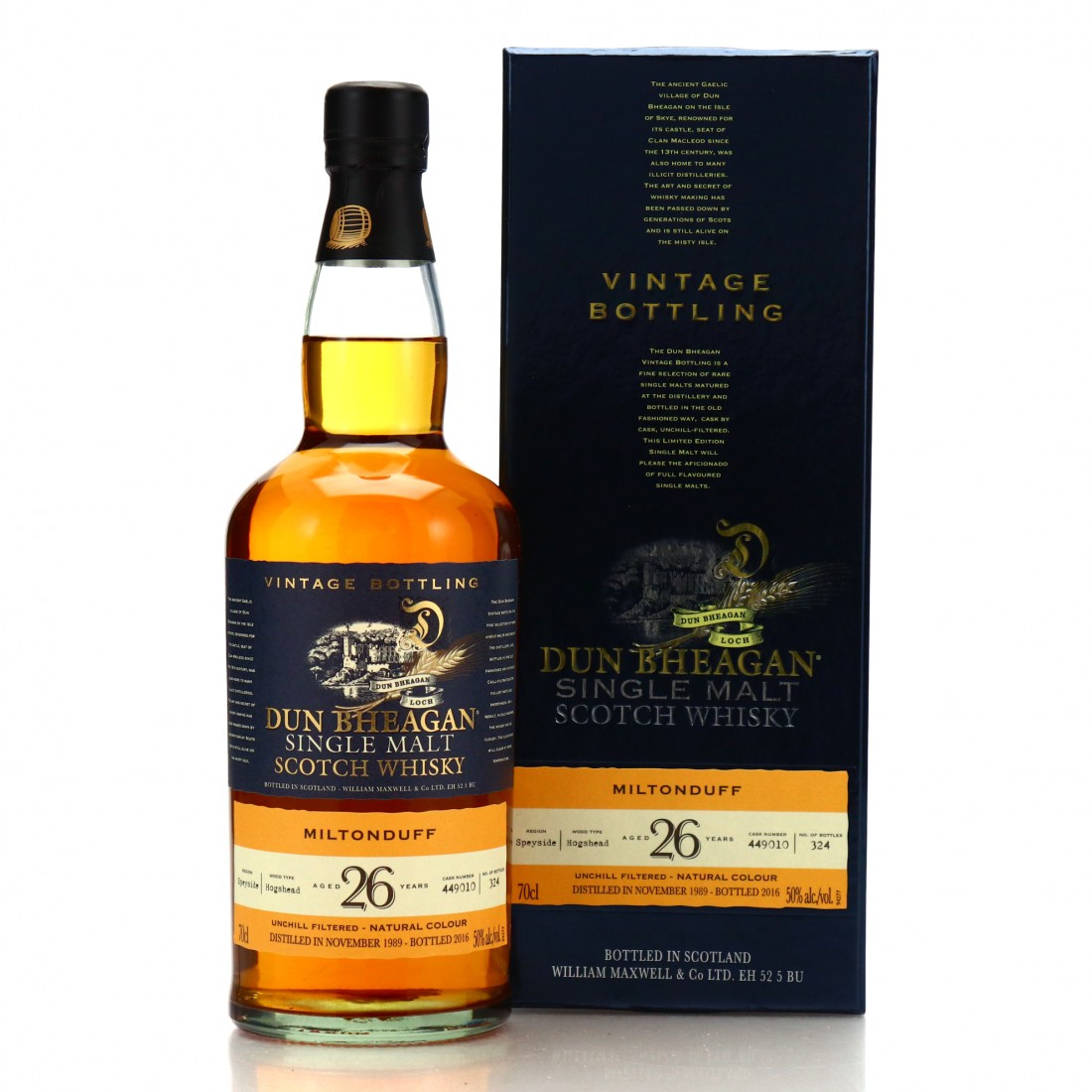 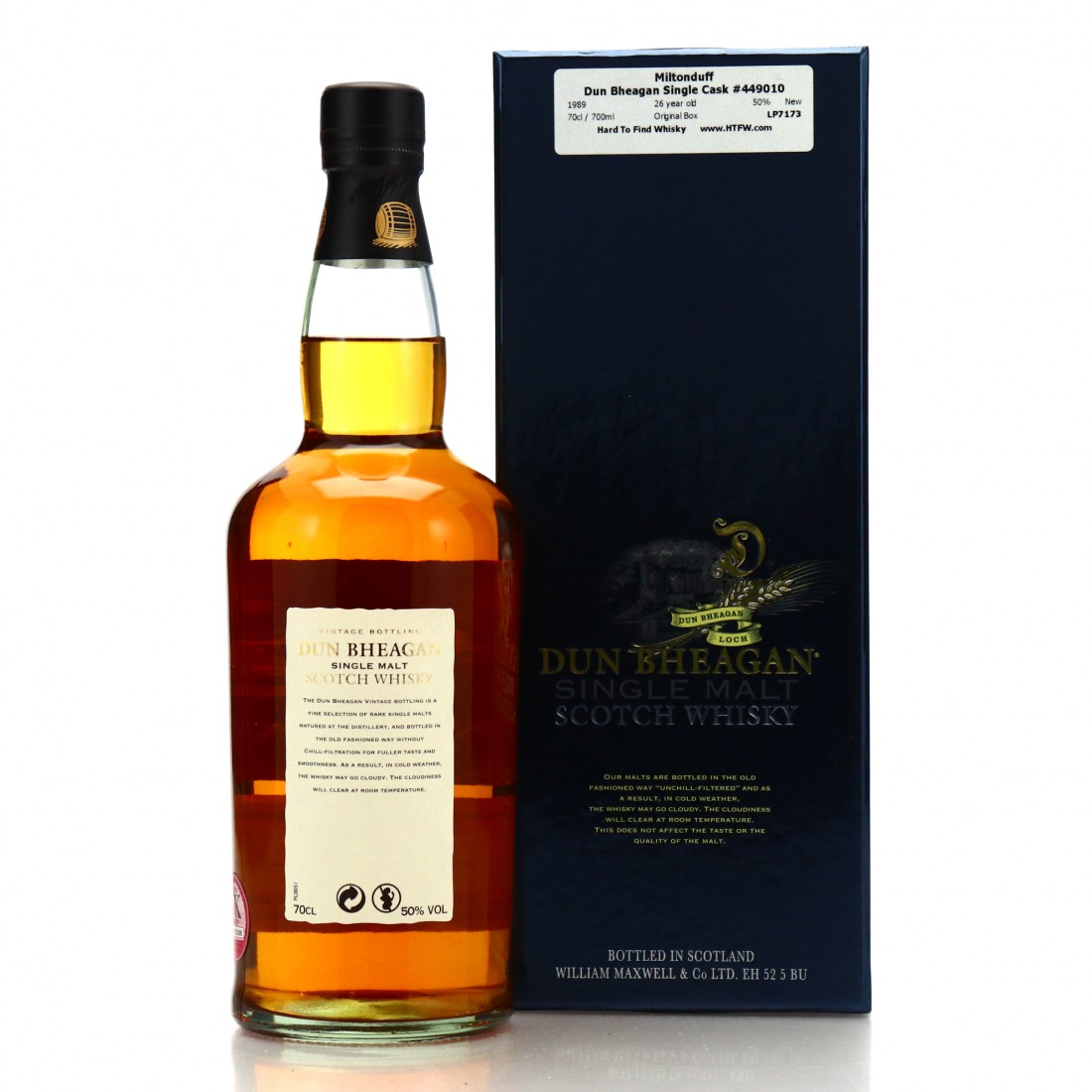 William Maxwell & Co was a subsidiary company of Peter J Russell, who alongside sister firm Ian Macleod & Co, produced a range of blends and independent single malt bottlings. This is their Dun Bheagan single malt brand, named after the castle on the Isle of Skye. Peter J Russell rebranded as Ian Macleod Distillers in 2003, at the same time as achieving their long-held ambition of becoming distillery owners, acquiring Glengoyne, and later, Tamdhu and Rosebank.

Miltonduff is located in Speyside and is perhaps best known as one of the key malts in the Ballantine's blends. It was purchased by Hiram Walker in the 1930s, who installed the Lomond stills that briefly produced the now sought after Mosstowie single malts in 1964, but these were removed again in 1981. The distillery passed through the hands Allied Distillers before arriving with current owners, Pernod-Ricard, and despite its continued requirements for Ballantine's blends, official bottlings of its single malt have been deemed worthy of bottling by each of its proprietors.