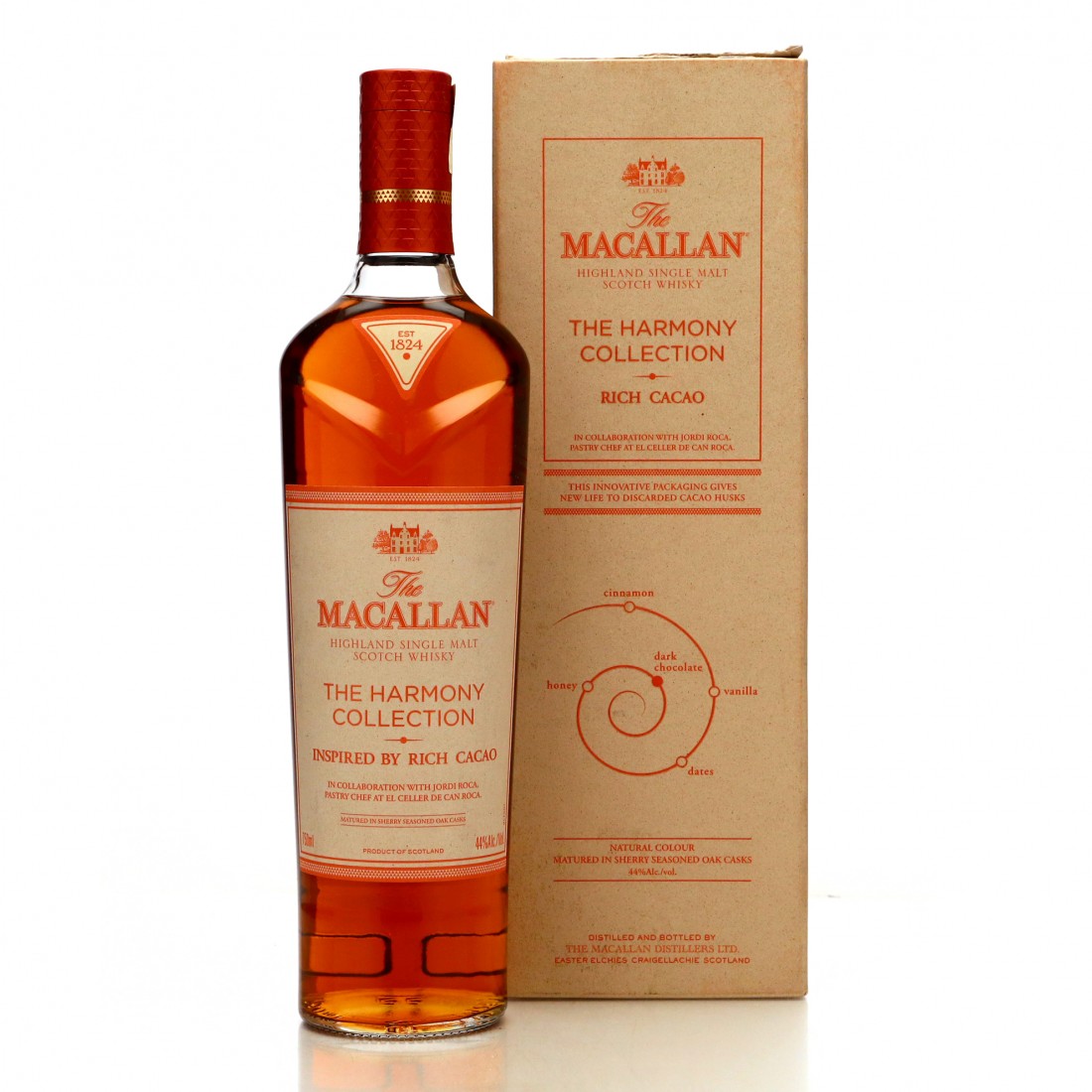 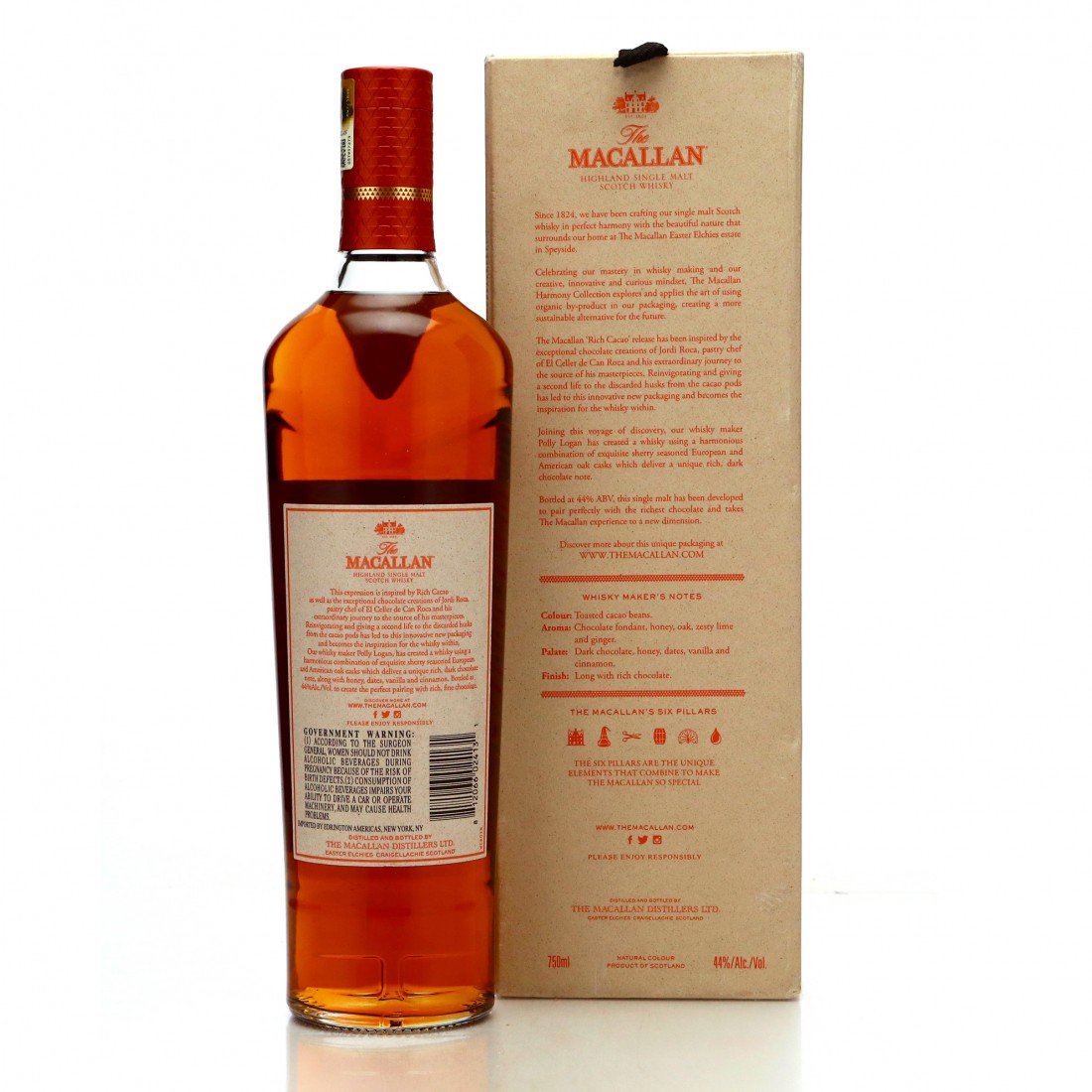 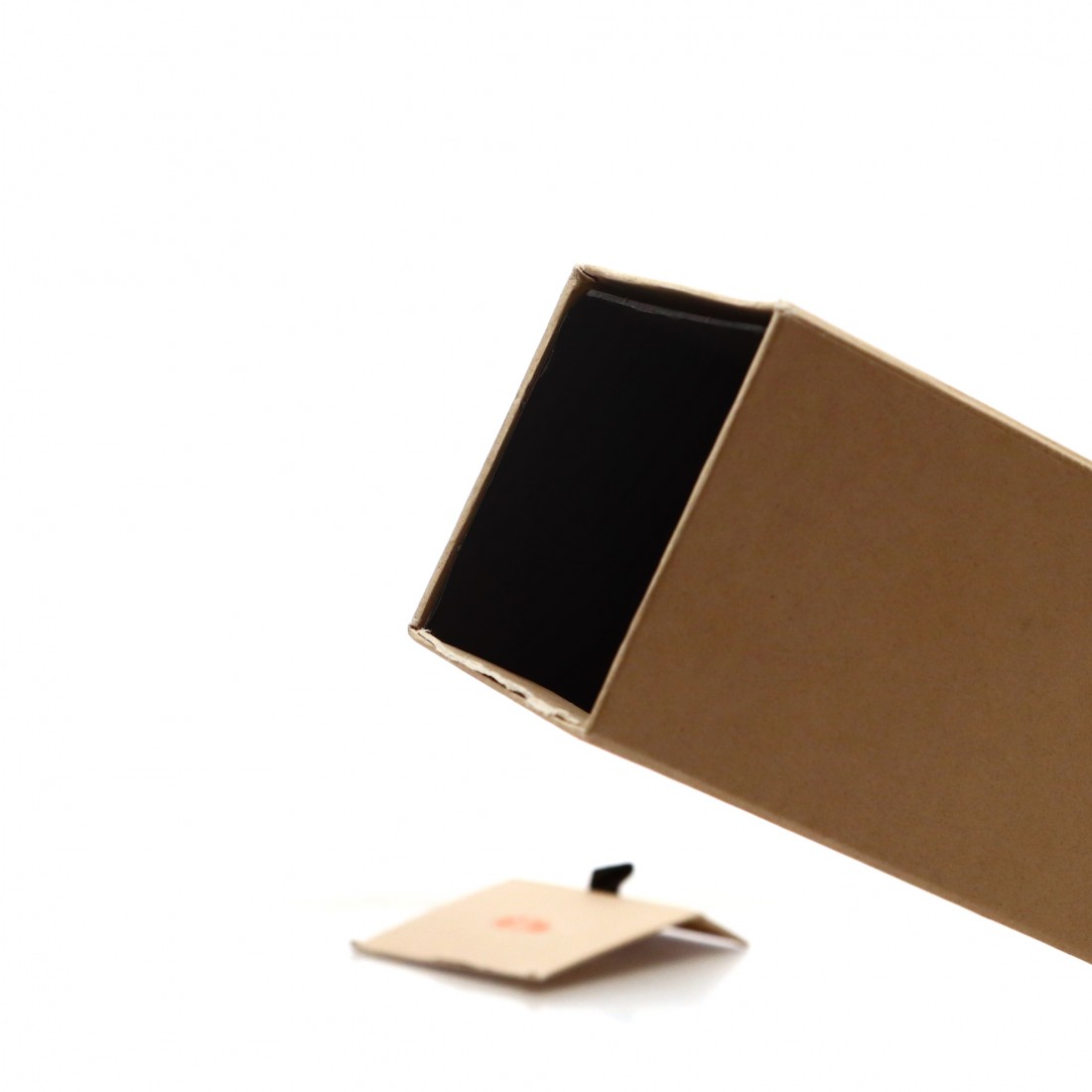 Released in October 2021, Rich Cacao is the first in an annual series from Macallan titled The Harmony Collection. The project is spearheaded by the distilleries efforts to focus on sustainability.

Rich Cacao is a collaboration between Macallan Whisky Maker Polly Logan and pastry chef Jordi Roca of three Michelin star restaurant El Celler de Can Roca. Jordi is also the owner of the famed chocolate boutique, Casa Cacao and in 2018 was voted "World's Best Pastry Chef" by Restaurant Magazine. Working alongside Jordi, Polly studied the techniques of chocolate making and would go on to create this whisky as a perfect pairing for high-quality chocolate. The whisky has been 100% aged in a ex-Sherry American and European oak casks.

By focusing on sustainable packaging and in homage to its chocolate influence, Rich Cacao was presented in a 100% recyclable and biodegradable box which is made using natural by-products in the chocolate-making process. These include sustainably sourced husks from cacao pods which are usually sent to landfill or destroyed.