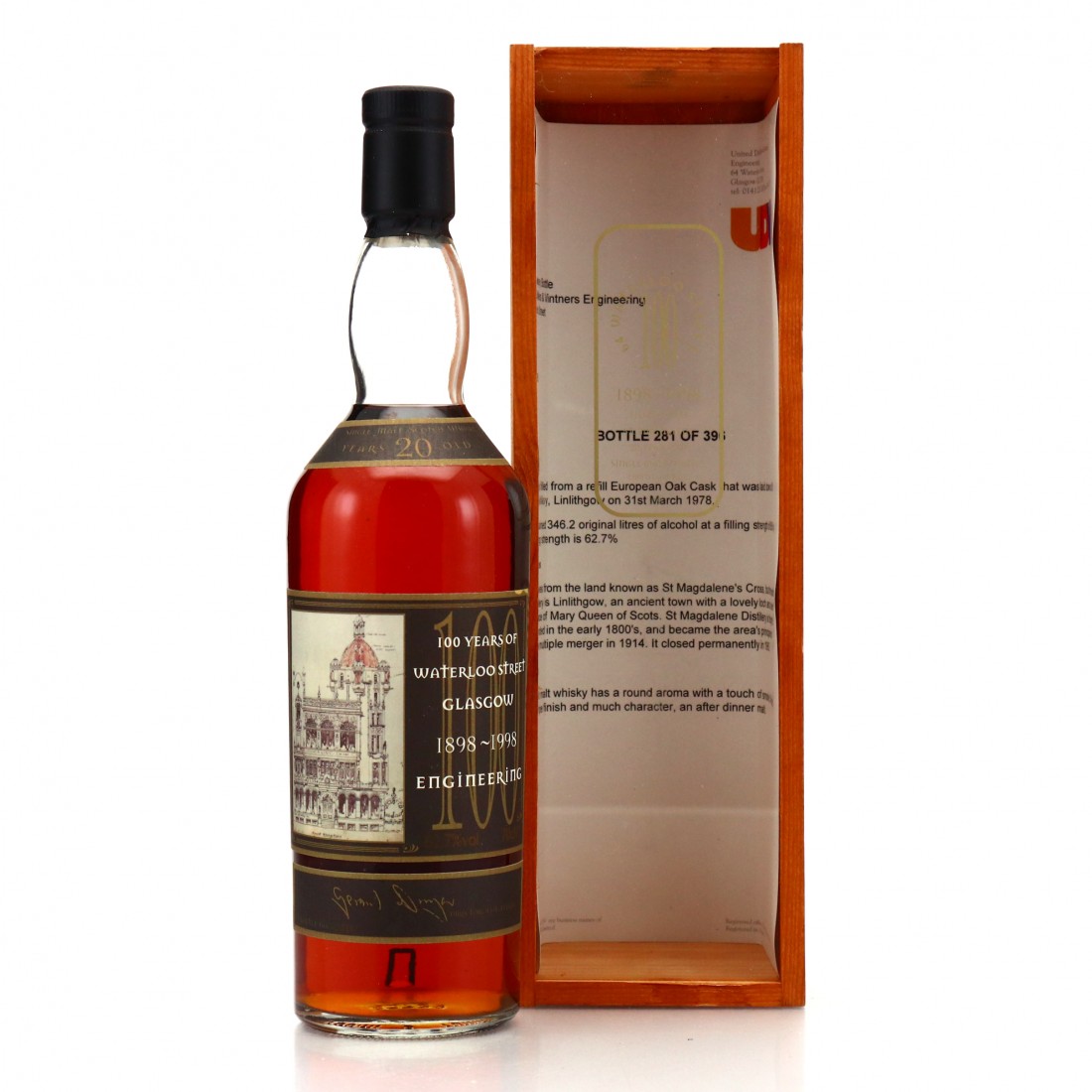 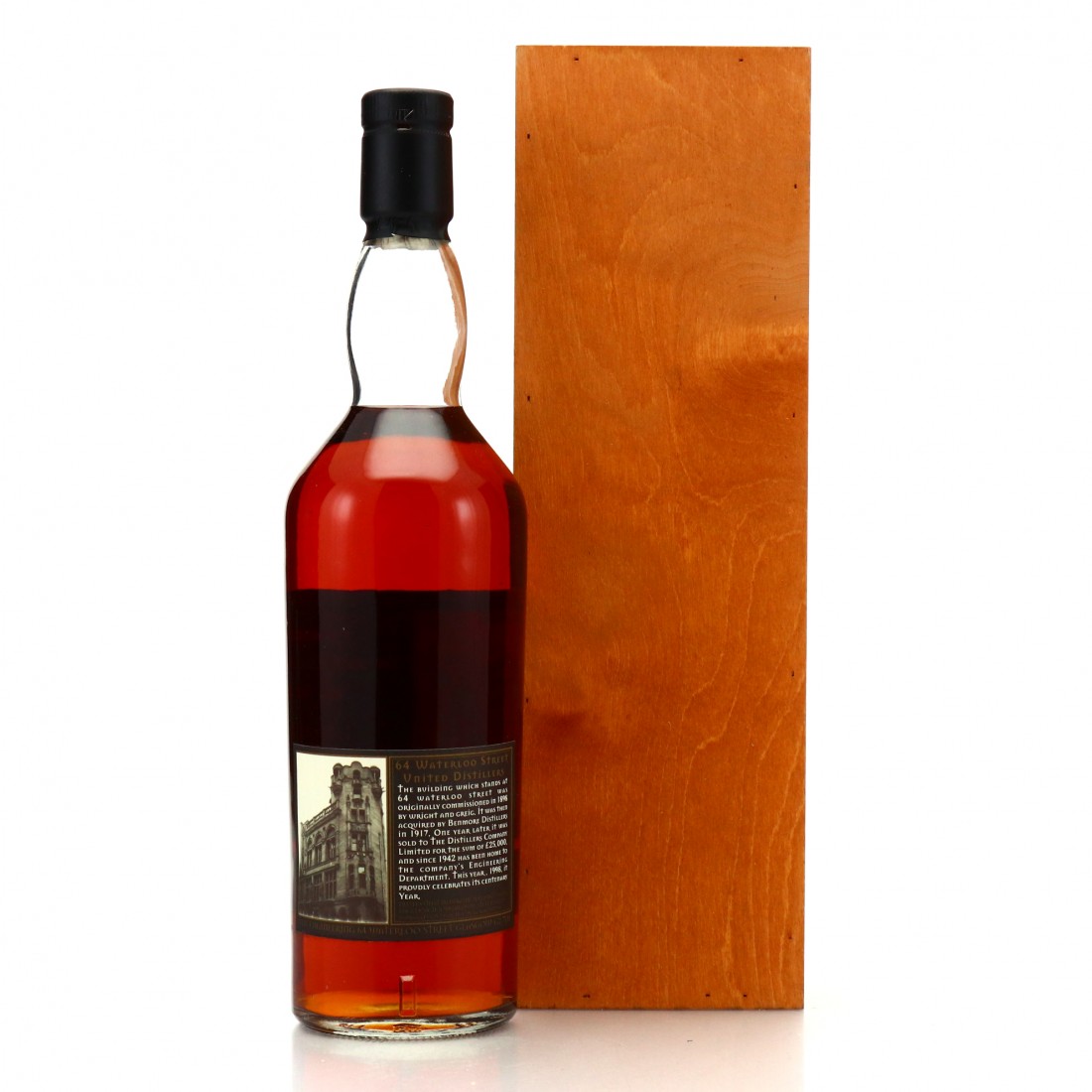 A official single cask offering from St Magdalene distillery. This was distilled in March 1978 and laid down in a refill European oak cask for 20 years.

It was was bottled in 1998 to celebrate 100 years since the building of 64 Waterloo Street in Glasgow, home of the Engineering Department of United Distillers and Vintners since 1942.