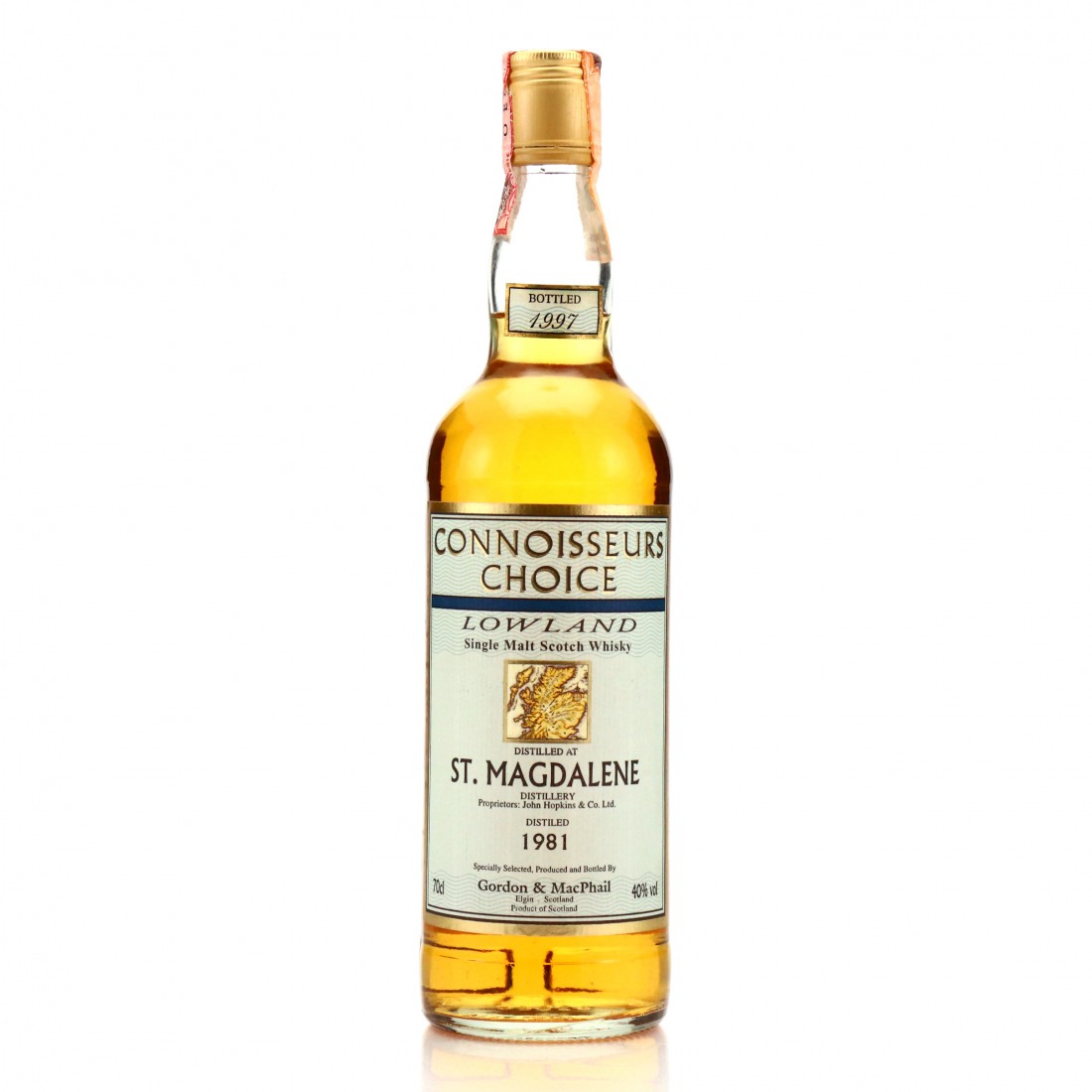 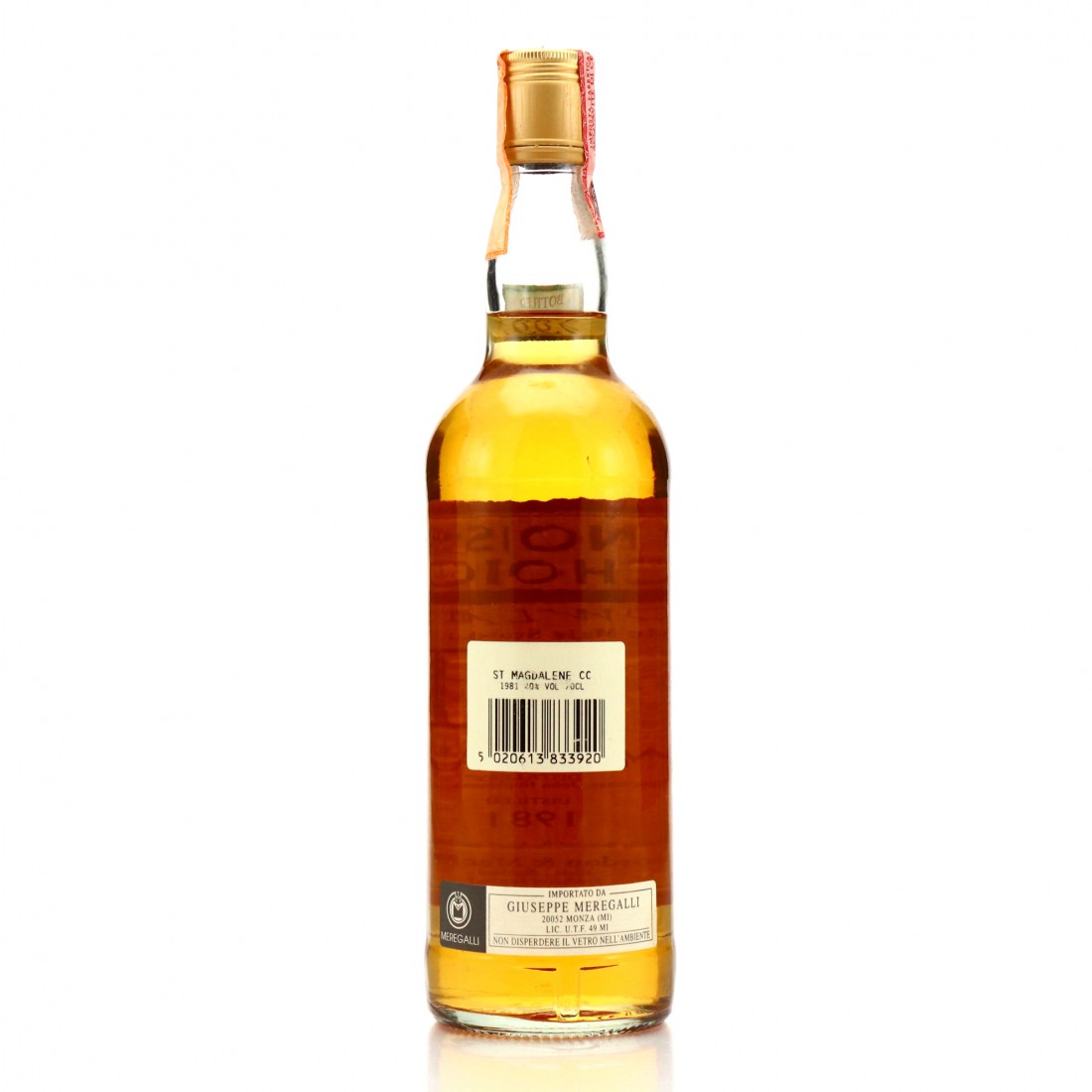 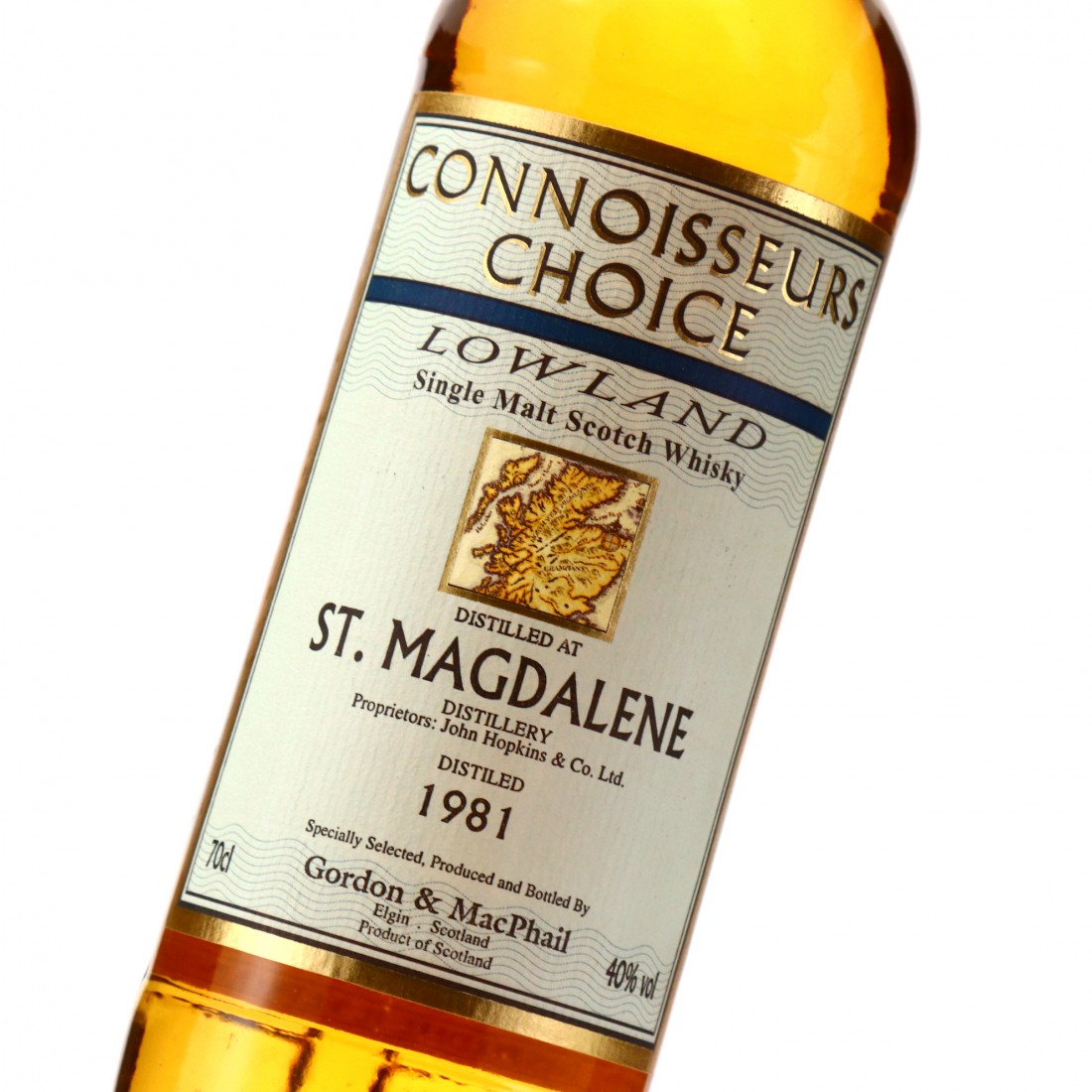 A bottle of Connoisseurs Choice St Magdalene from Gordon and MacPhail. Distilled at the closed Lowland distillery in 1981, and bottled in 1997.