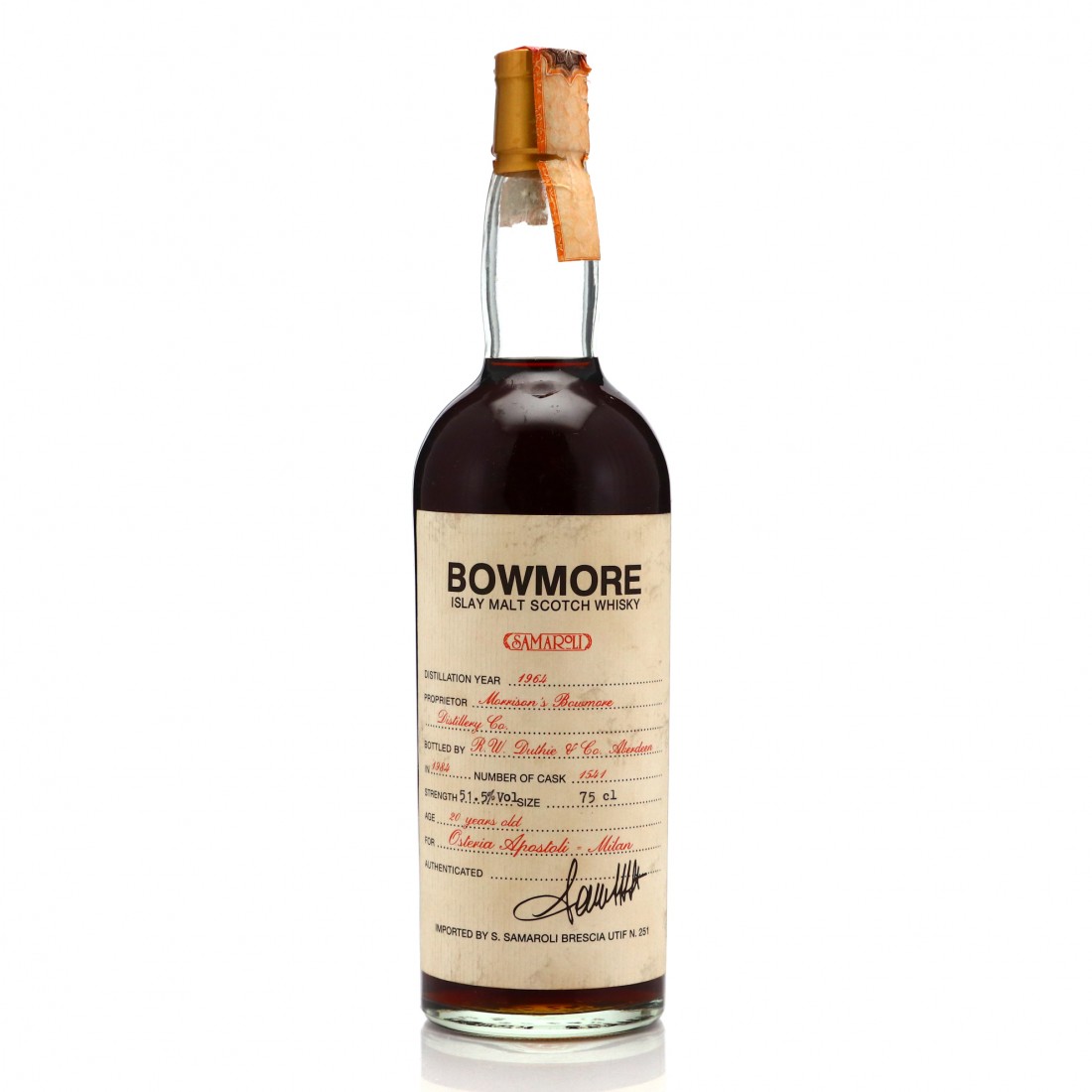 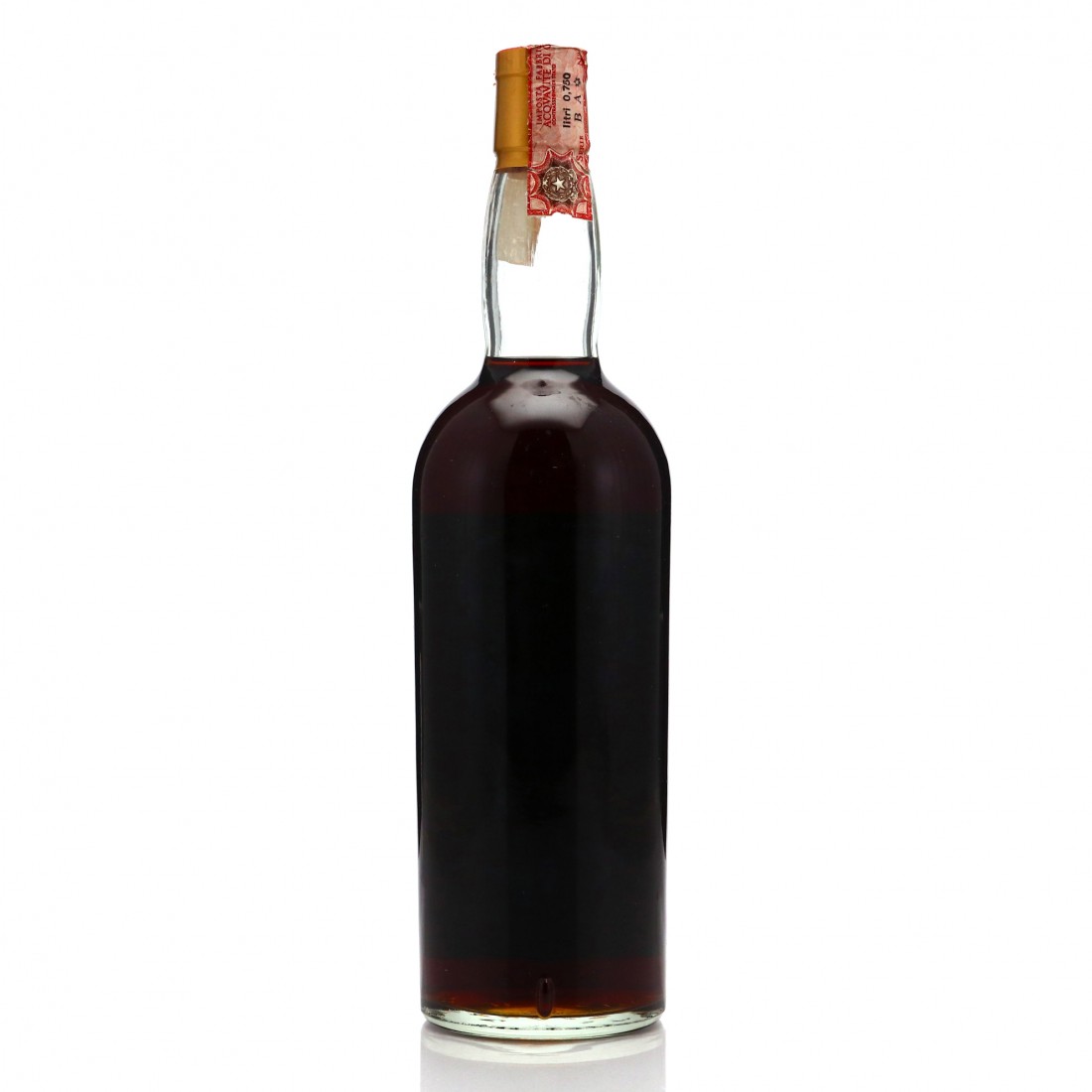 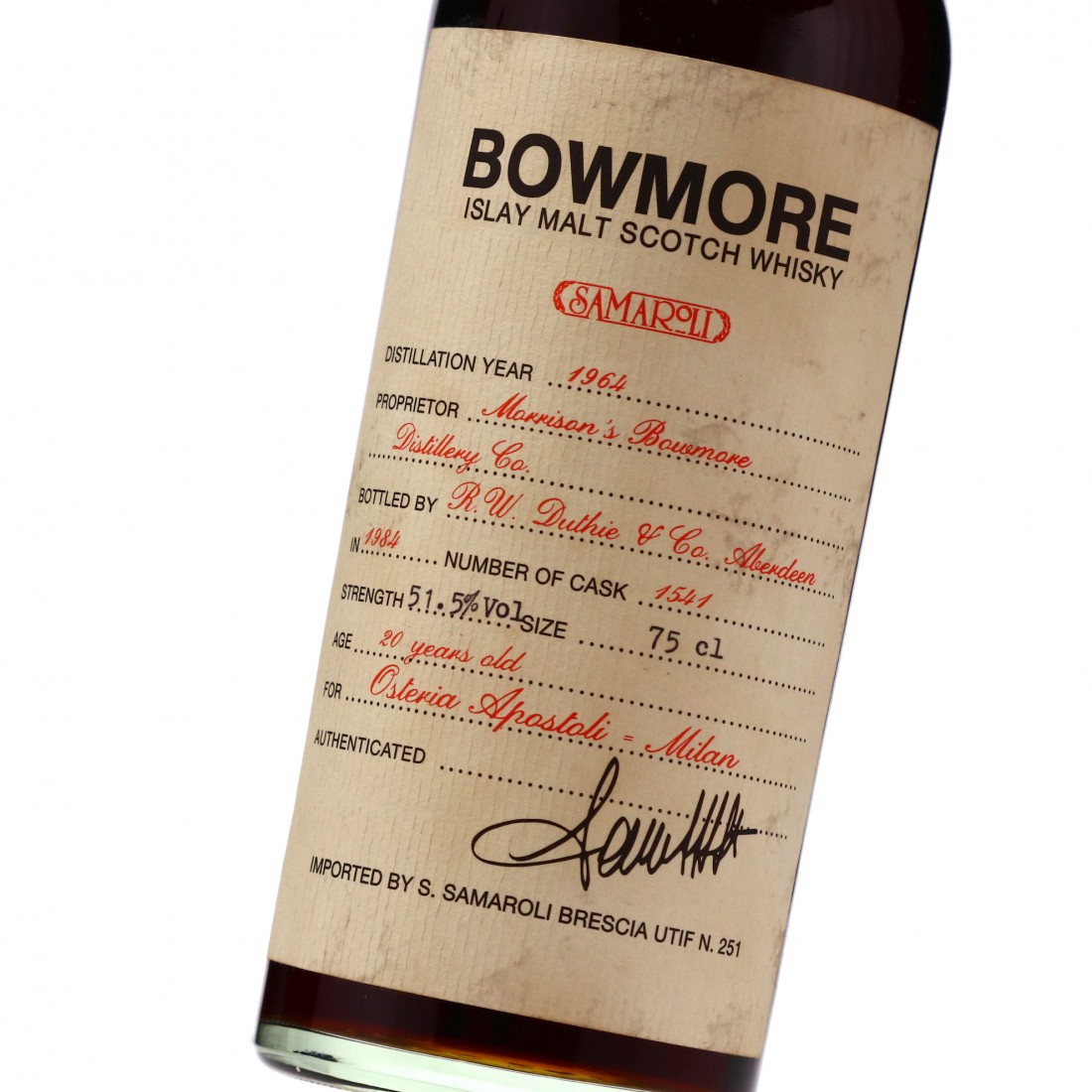 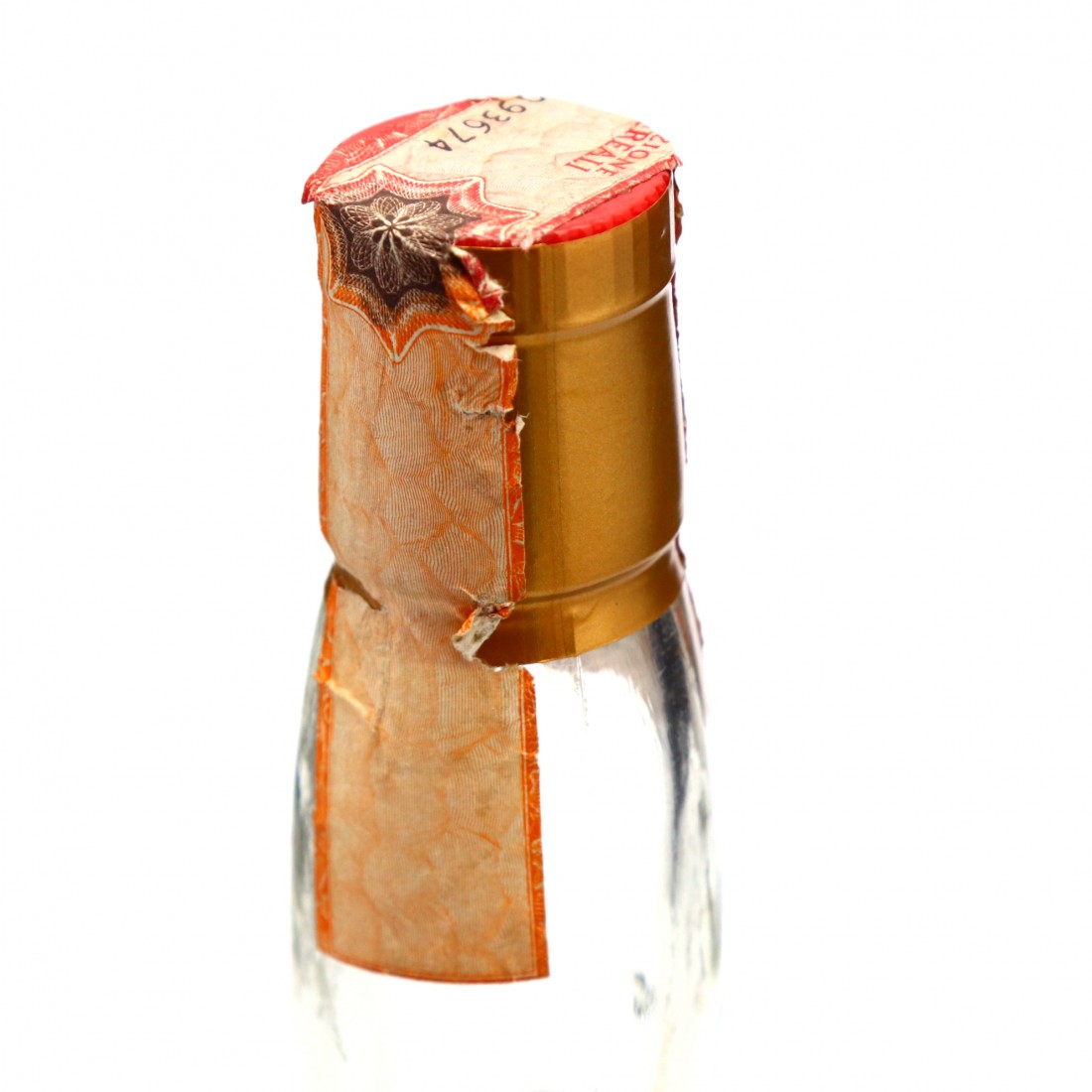 This is an incredibly rare 1964 vintage Bowmore, bottled by R.W. Duthie in 1984 and exclusively reserved for the Osteria Apostoli in Milan. This is one of several releases, bottled alongside a Laphroaig, Macallan and a Mortlach.