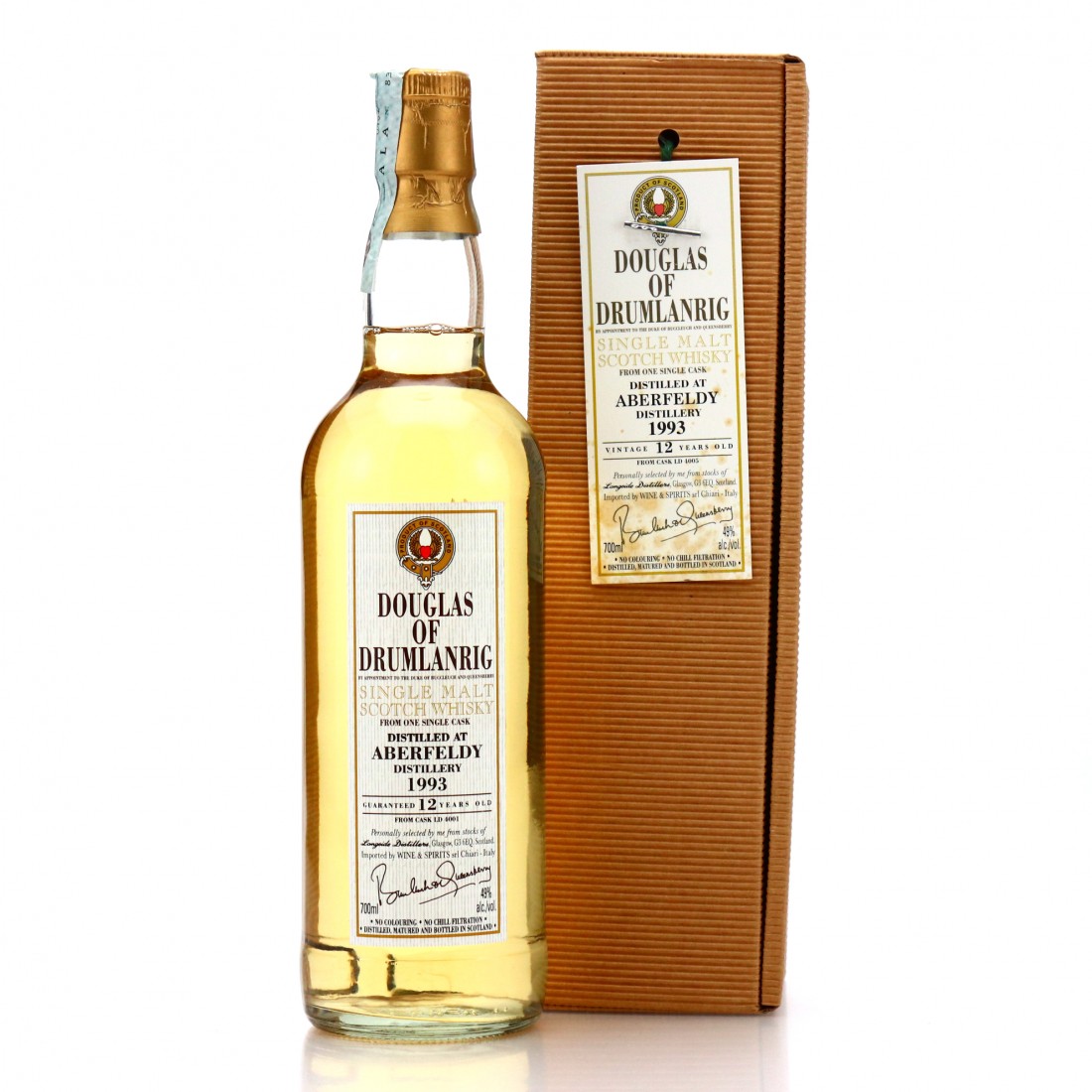 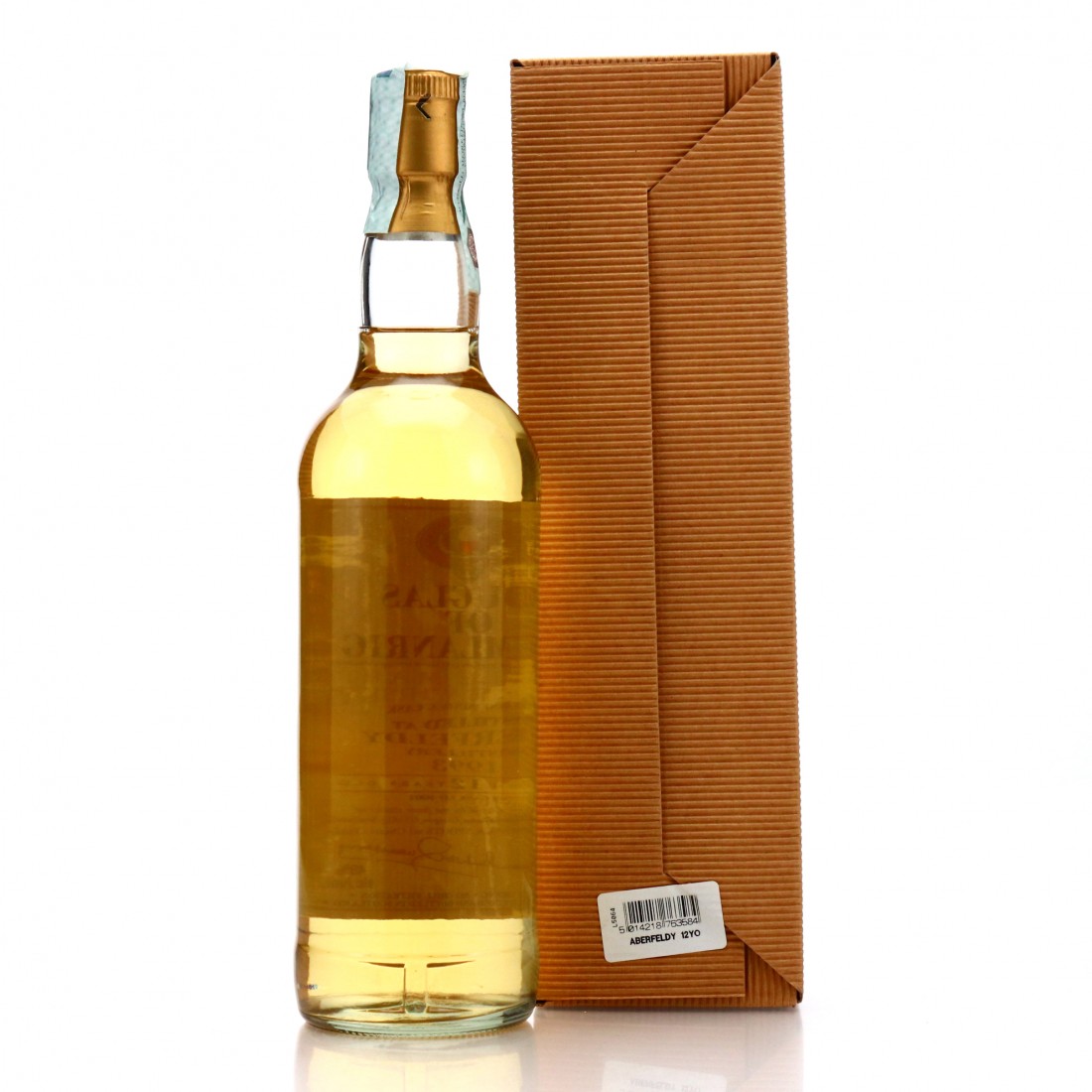 A Douglas of Drumlanrig bottling of Aberfeldy , distilled in 1993 and bottled at 12 years of age from single cask #4001

Aberfeldy distillery was built in 1896 by John Dewar & Sons to provide whisky for their famous blends. Although the capacity of the distillery was doubled in 1973, it was still rarely seen as a single malt, appearing only occasionally in limited releases from Diageo while part of their stable. It was only in 1999 that a permanent single malt range was released by new distillery owners, Bacardi.