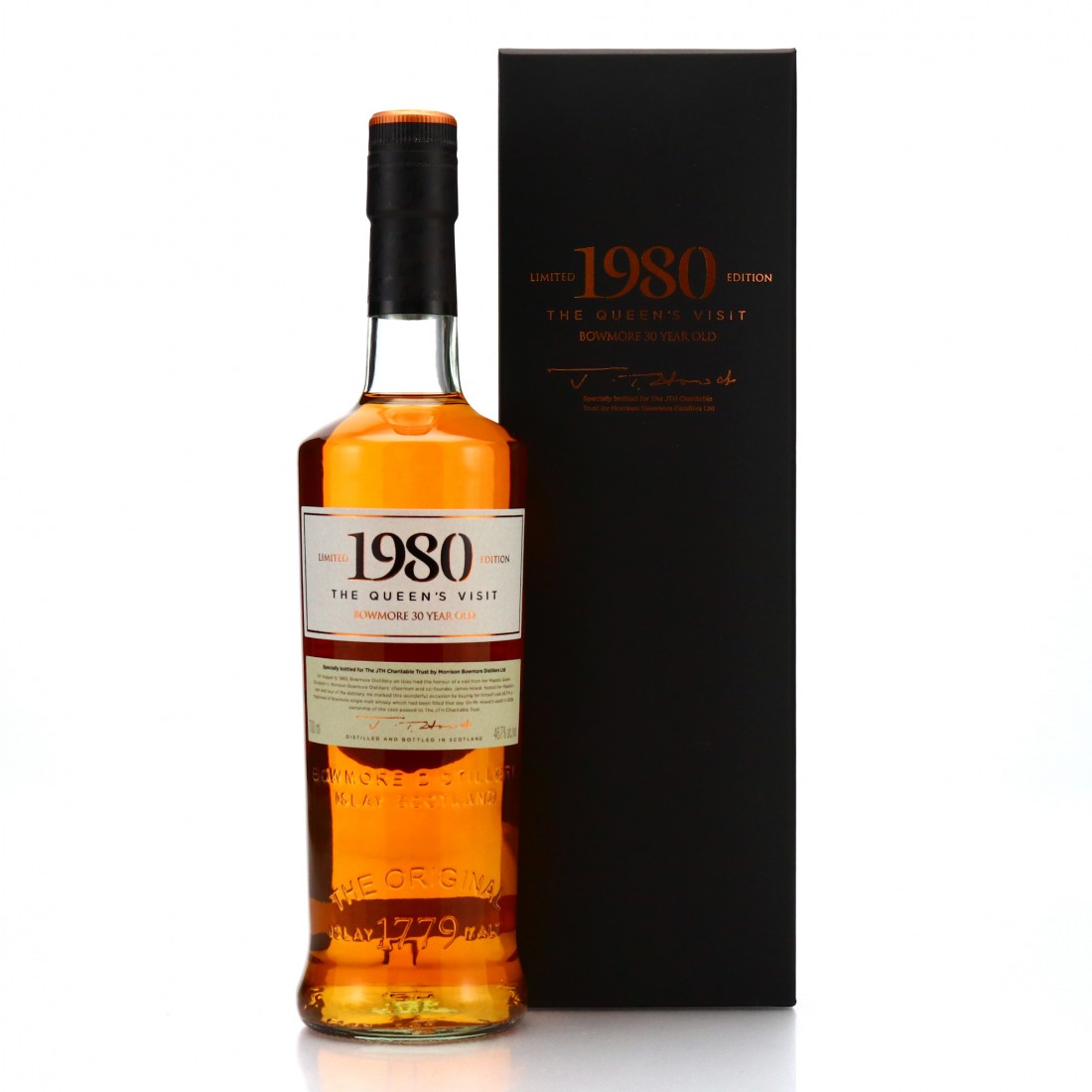 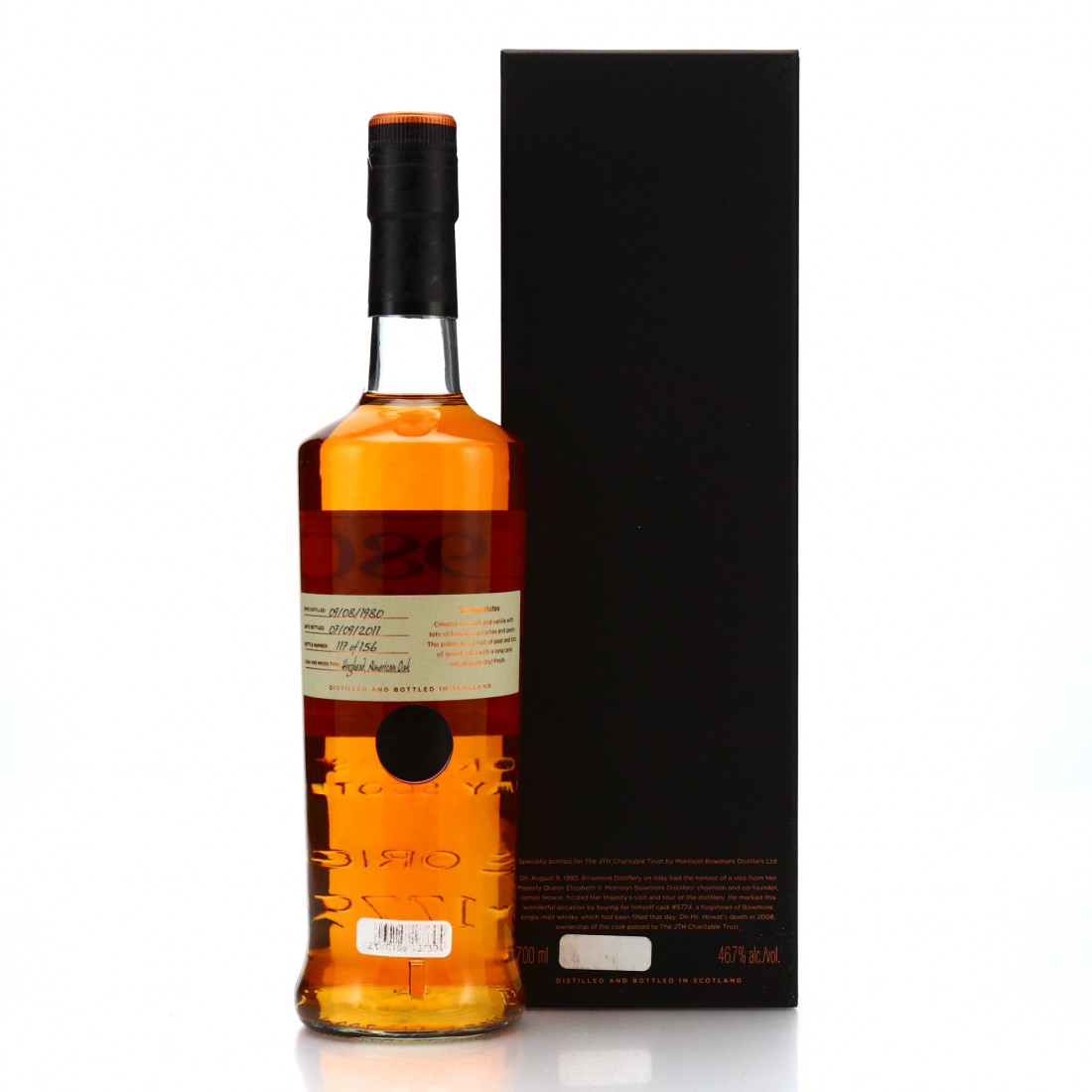 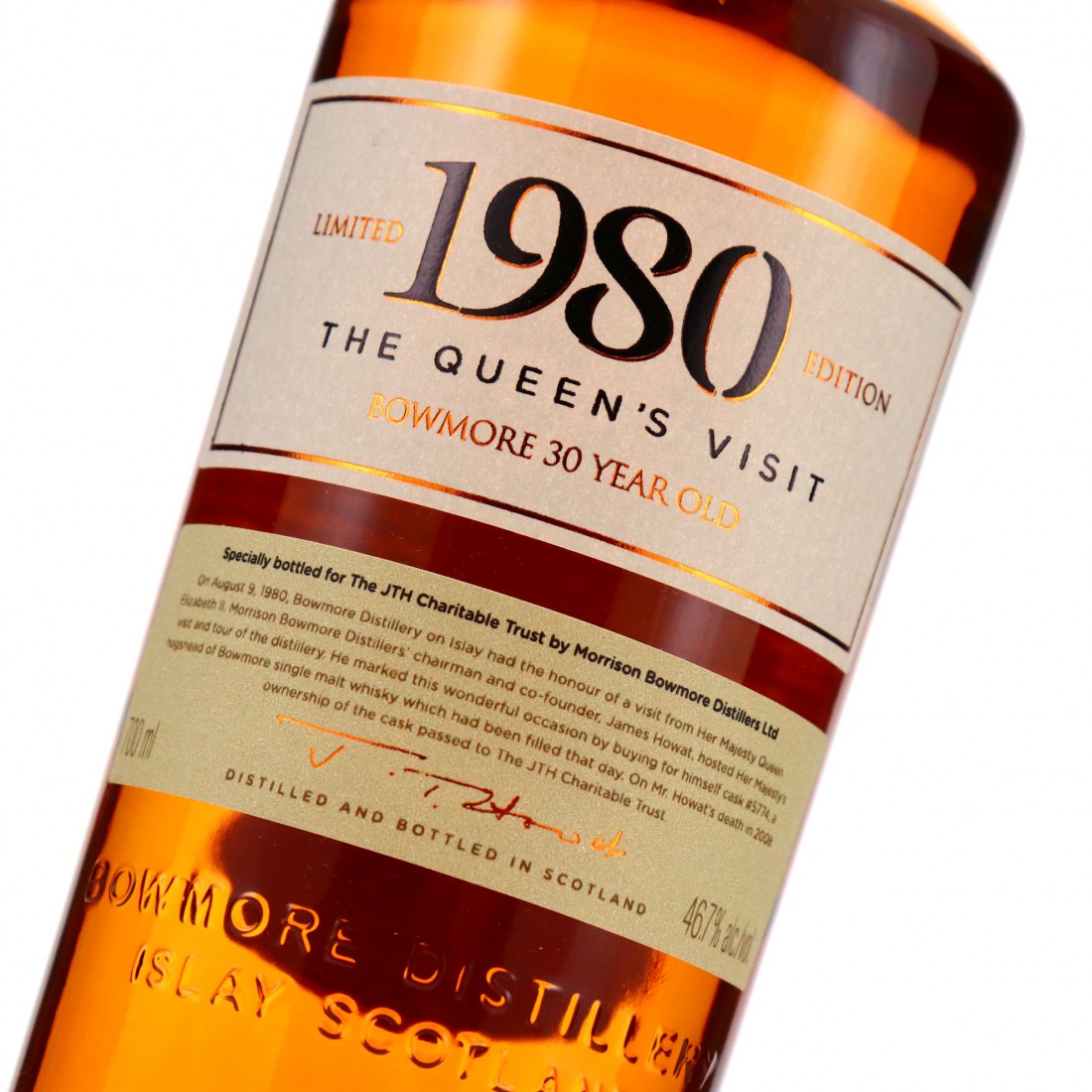 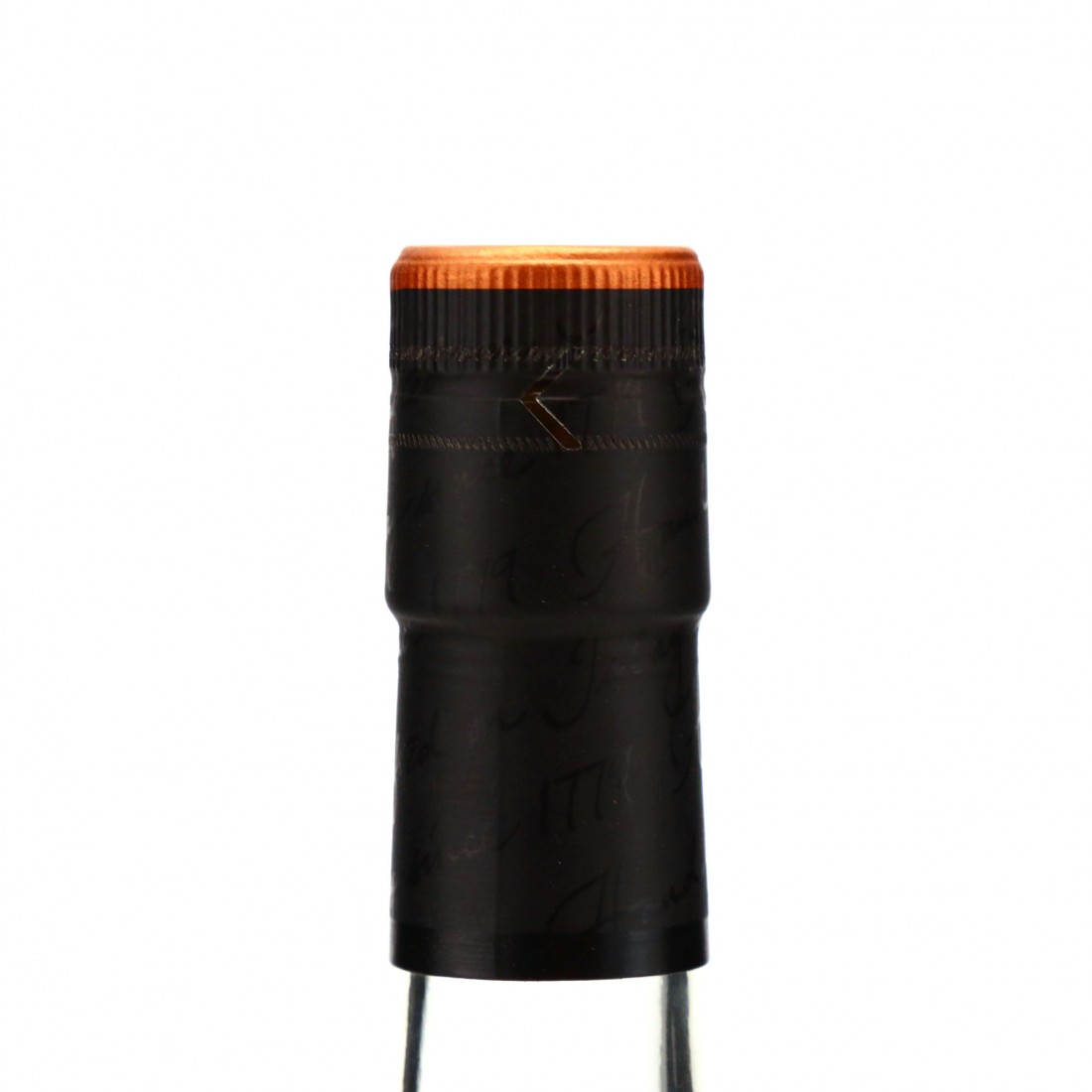 On August 9th, 1980, Bowmore distillery received a visit from Her Late Majesty Queen Elizabeth II. Morrison Bowmore Distillers’ Chairman and co-founder James Howat hosted Her Majesty's visit and tour of the distillery. To mark the occasion, James decided to buy cask #5744 which was filled on the same day. Upon his death in 2008, ownership of the cask passed to The JTH Charitable Trust who bottled it.

This whisky was distilled on 9th August 1980 and was filled into single American hogshead #5774. It was bottled at cask strength 30 years later in September 2011.