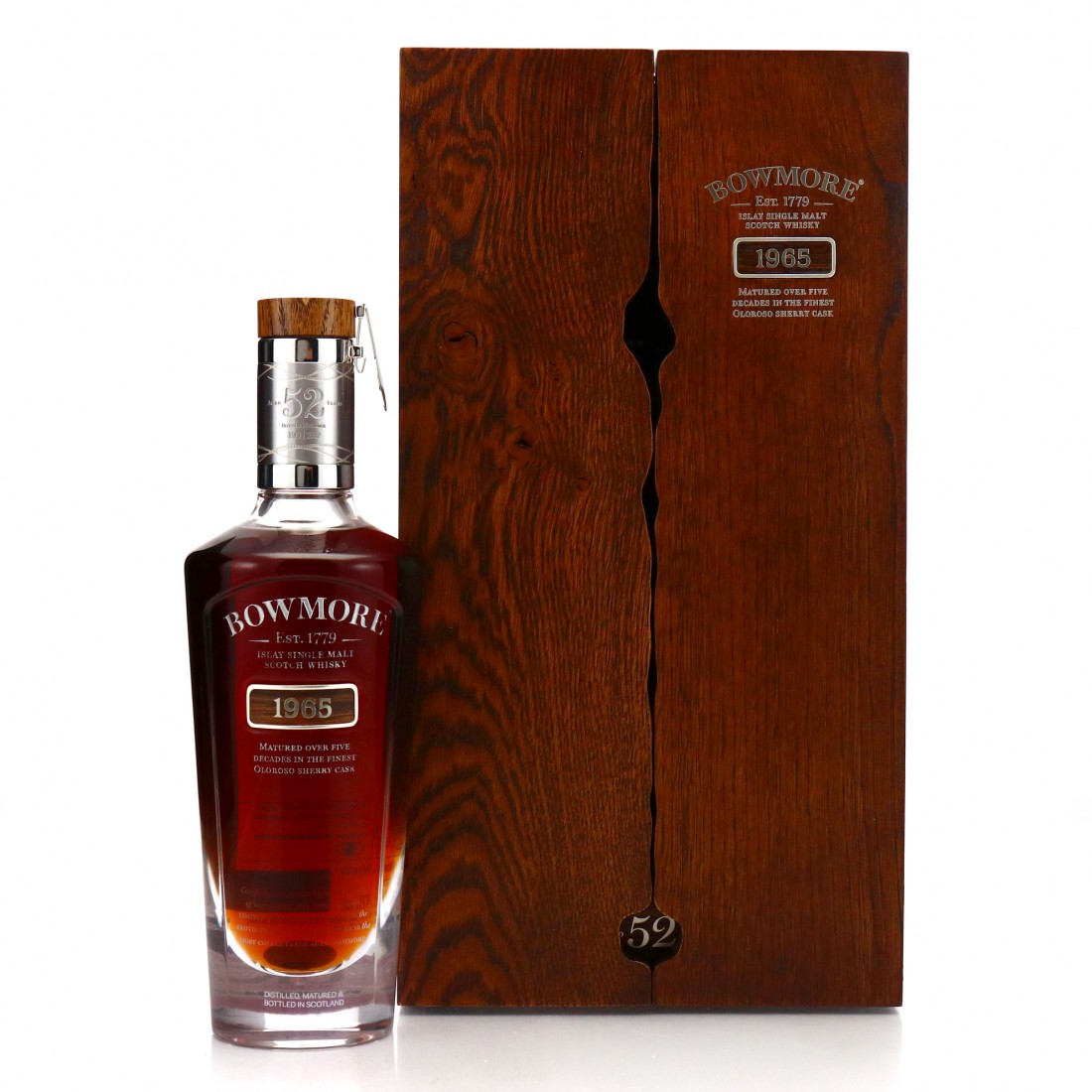 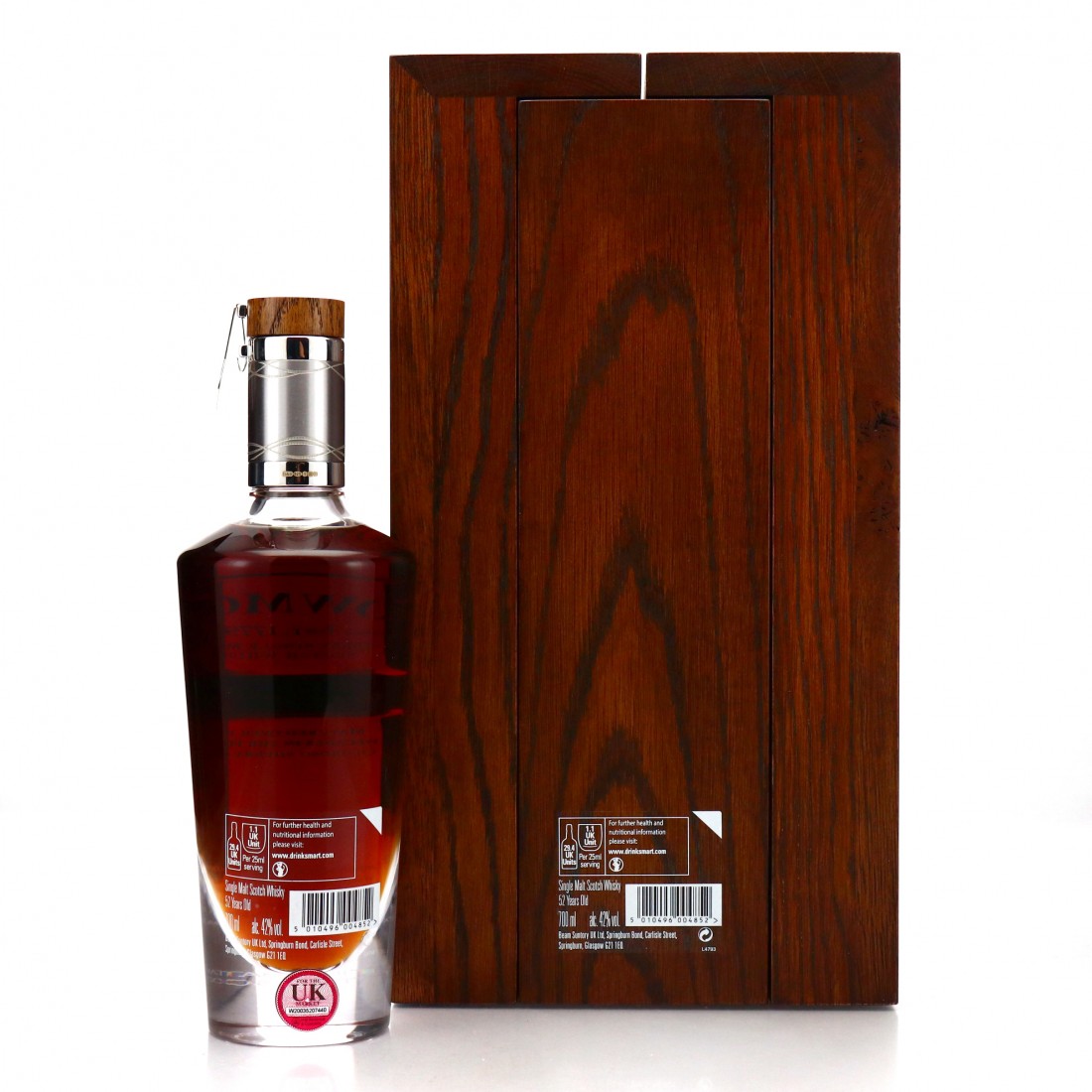 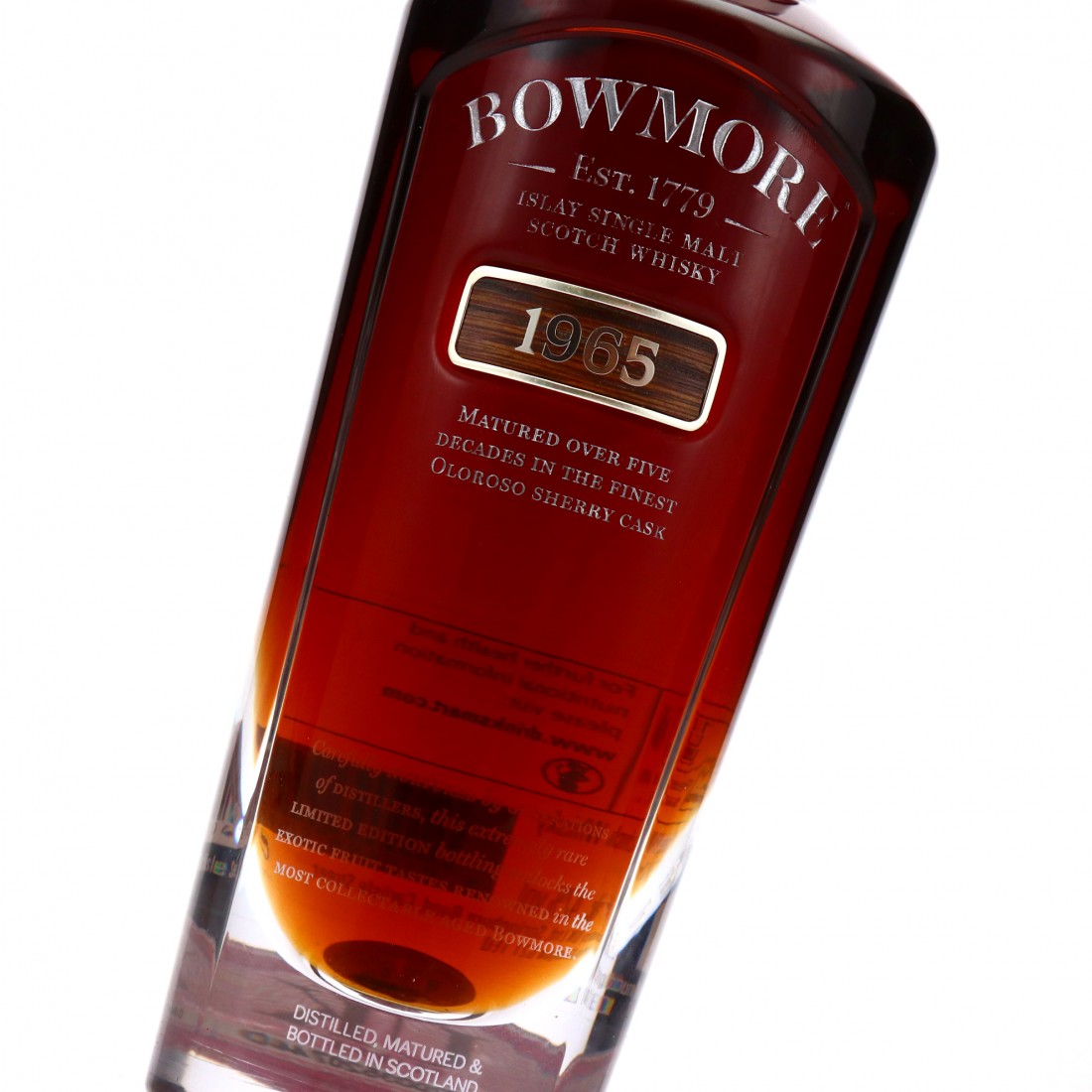 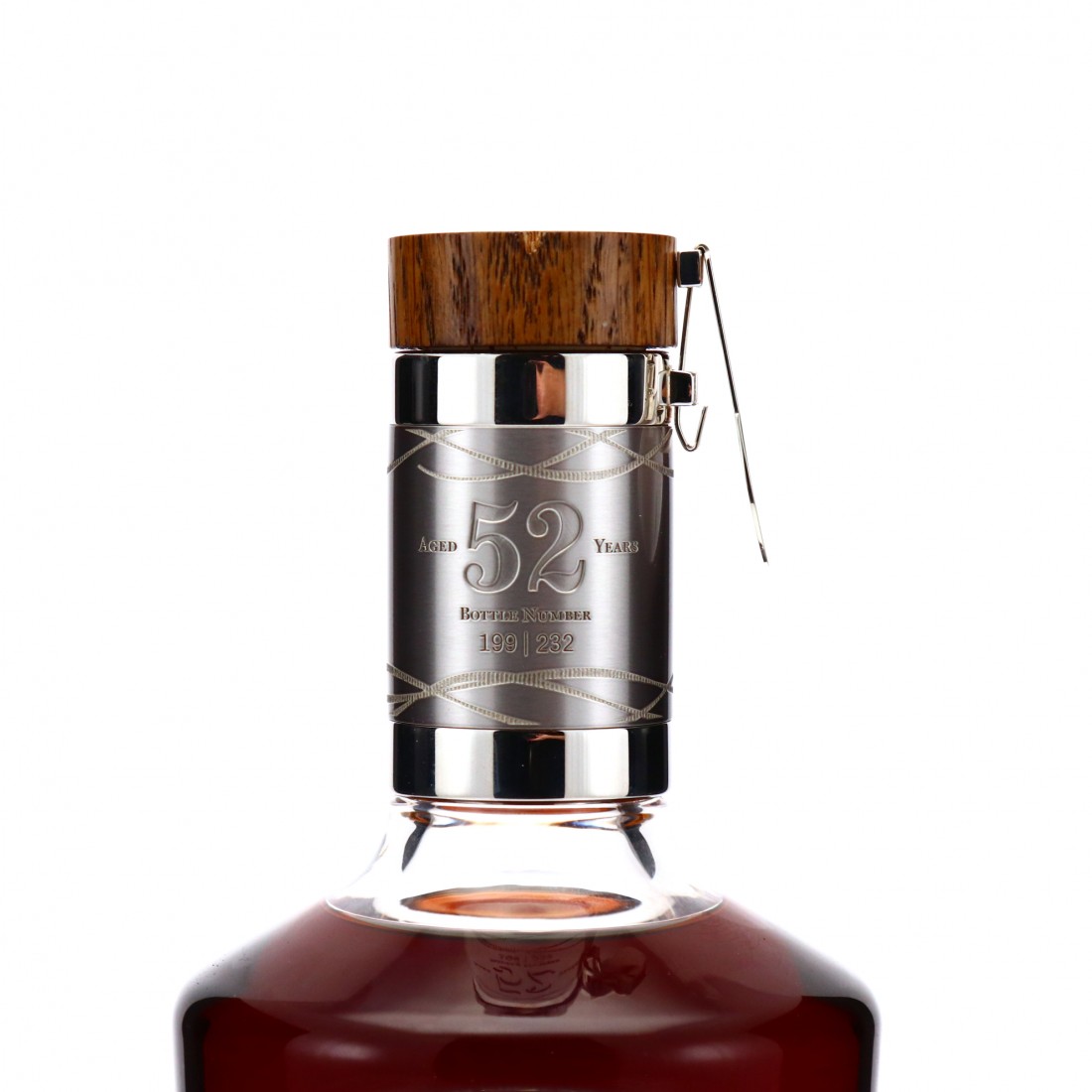 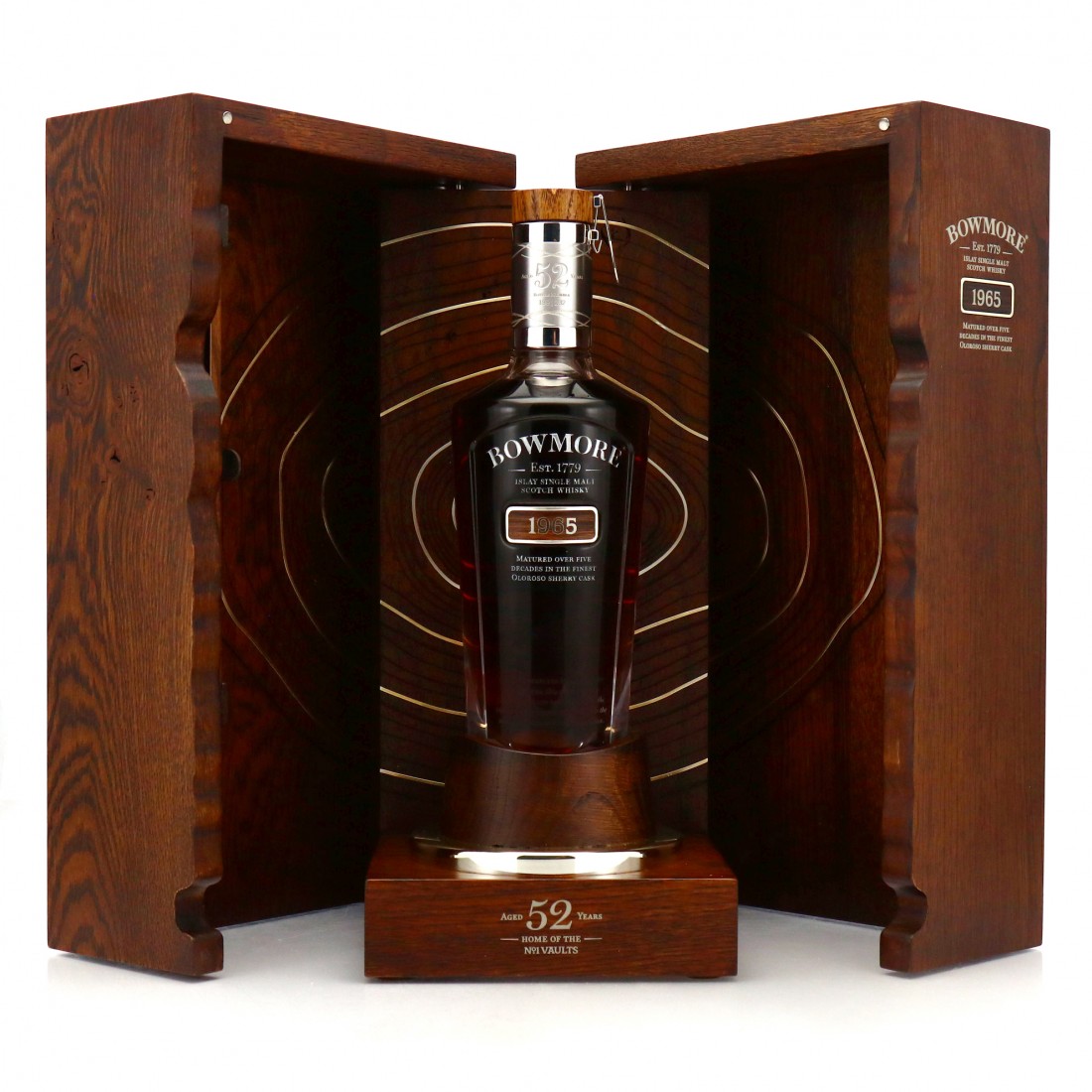 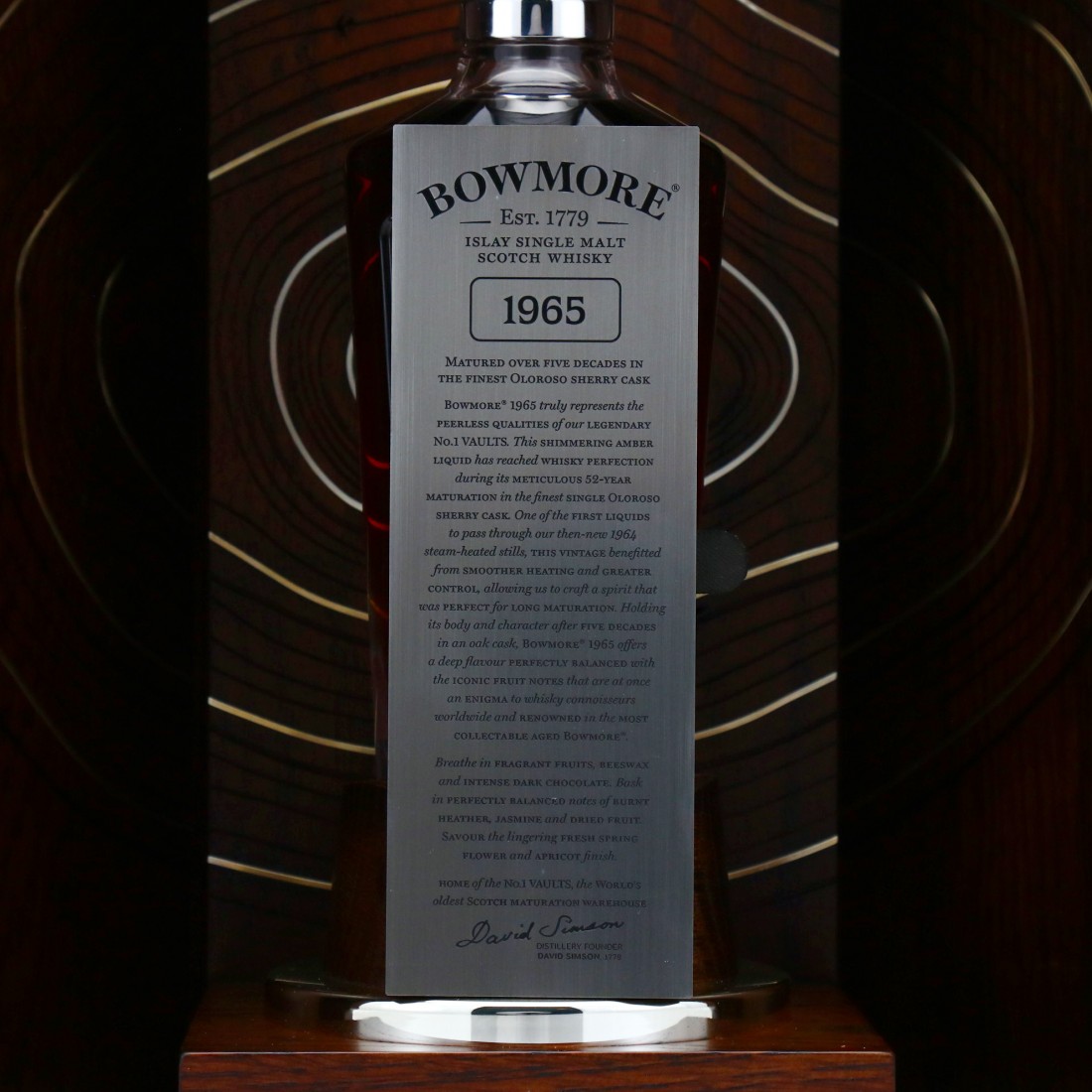 A spectacular whisky, this 1965 vintage Bowmore was produced just after the distillery had its steam heated stills installed. Since then it has been maturing at the distillery in a single Oloroso sherry cask for over 52 years!

This is the third release in Bowmore's fifty-year Vault series and is immaculately presented in a hand crafted Scottish oak cabinet.